A Currency Drop is Inflationary, Right?
Comment of the Day

A Currency Drop is Inflationary, Right? by Eoin Treacy

The central banker's task of keeping inflation just right has become a permanent tussle with the global currency markets. Too weak a currency equals too rapid price gains. Too strong, and disinflation looms.

That's the well-worn argument under the microscope Friday at the Jackson Hole Symposium, the U.S. Federal Reserve's annual policy getaway. Gita Gopinath, a scholar at Harvard University, says that it just isn't that simple.

"The greater the fraction of a country's imports invoiced in a foreign currency, the greater its inflation sensitivity to exchange rate fluctuations at both short and long horizons,'' she says. Because the dollar is by far the dominant currency in world trade, "U.S. inflation is consequently more insulated from exchange rate shocks, while other countries are highly sensitive to it.''

The strength of the US Dollar is a much bigger headache for emerging markets that from the USA. There is both a push and pull to this argument with a weak Dollar encouraging capital to migrate and allowing borrowers to increase leverage to lower costs. The reversal of the trend sees capital flight from emerging markets and increases the risk of default among the most leveraged debtors. 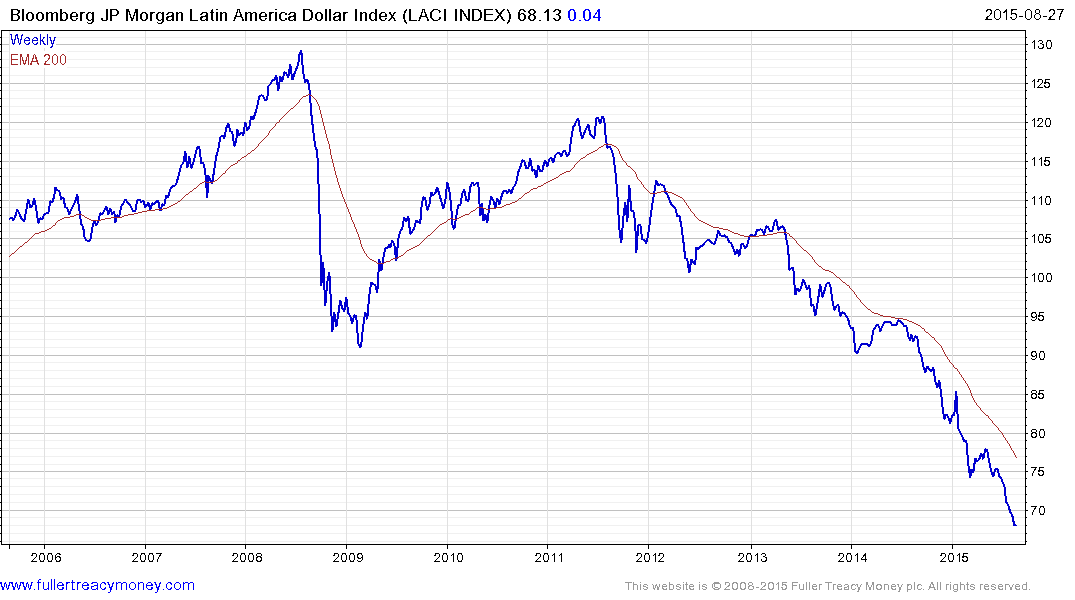 The Latin America Dollar Index, which is primarily Brazilian Real and Mexican Peso, has accelerated lower. A sustained move above the 200-day MA would be required to question the broad consistency of the downtrend despite short-term scope for some steadying. 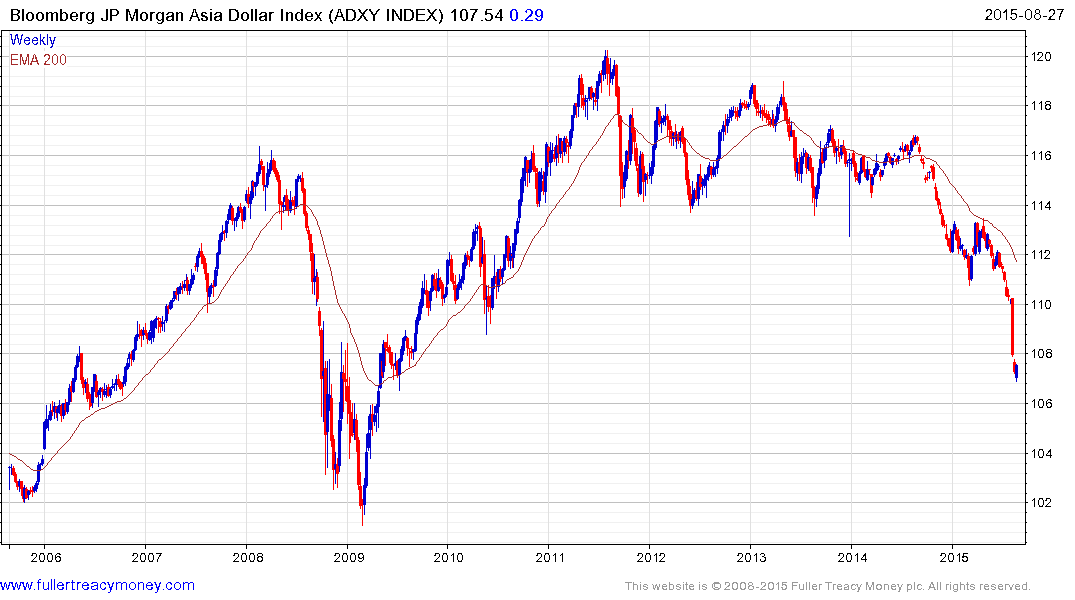 The Asia Dollar Index is deeply oversold so potential for a reversionary rally has increased. However a sustained move above the trend mean would be required to signal a return to demand dominance beyond short-term steadying.