Indians love Switzerland - over half a million visit each year. But Swiss delights are an expensive taste. Take Basel 3 capital norms. Meeting them requires a $40bn recapitalization of India's 26 public sector banks by 2018. But given fiscal constraints where to get the money? Yesterday's budget proposes issuing equity to dilute the government's stakes from a range of 55 to 80 per cent down to 51 per cent. Selling at today's prices however only raises a third of the capital required. Hence to maintain its majority shareholdings New Delhi would have to fork out another $15bn - the same amount spent in the past five years. Worse, India's banks are losing about 40 basis points off their core tier one capital ratios annually according to Deutsche Bank analysis. Recapitalising India's banks feels like running to stay in the same place

There are some important reasons to be bullish about India’s prospects now that it has a highly capable central bank governor, a market friendly prime minister with a substantial mandate for change, the regulatory changes imposed by the last government to cut bureaucracy as well as constants such as a vibrant consumer sector and powerful demographics. However, a market cannot underperform for such a long time without there being challenges to overcome. The relative health of the banking sector is one such hurdle. 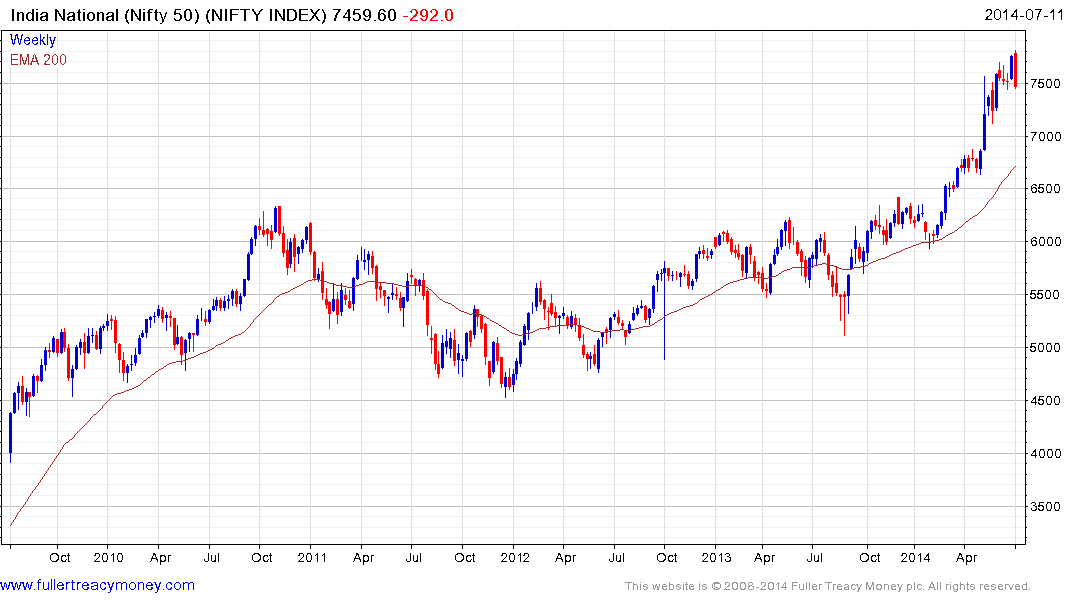 The Indian market surged higher on the news of Narendra Modi’s landslide election victory but at least paused in advance of the budget and has since extended its decline to form a downside weekly key reversal; suggesting some consolidation of the recent powerful advance is now underway. 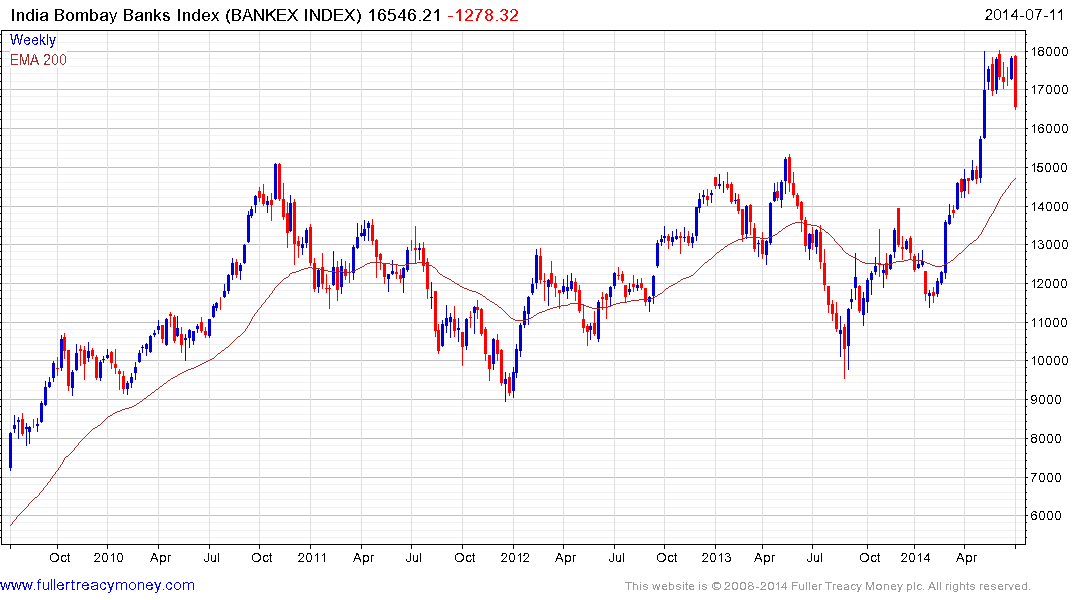 The Bombay Banks Index paused near 18,000 from mid-May and also pulled back sharply this week. A retest of the upper side of the underlying trading range near 15,000 cannot be ruled out.