The yield premium of benchmark U.K. government bonds over their German peers fell to the narrowest since December 2018 after BOE policy maker Silvana Tenreyro said Friday she may support an interest-rate cut if the economy doesn’t strengthen. This came a day after Governor Mark Carney said economic growth in the U.K. had slowed below potential and that the Monetary Policy Committee had discussed the merits of near-term stimulus.

While the BOE was likely to keep rates on hold “Carney’s comments highlight the risk that the MPC may cut if data is weak or take its time before hiking,” said Morgan Stanley analysts including Jacob Nell, in a client note dated Jan. 10.

Money markets on Friday were pricing in a 24% probability of a quarter-point interest-rate cut from the U.K. central bank as early as the upcoming Jan. 30 meeting. That compared to a negligible chance on Wednesday before the policy makers’ comments. The probability of a rate cut by May 2020 doubled to 56% in the same period.

The Bank of England’s statements to the effect that they are willing to cut rates if necessary was a clear signal to traders they are worried about the speed with which the Pound has rallied since the General Election.

The BoE has long suggested they intend to run inflation hot in order to try and avoid deflation and to erode the stock of outstanding debt through negative real rates. That is positive for asset prices and the world record set for a home set today in London suggests international investors agree. Here is a section from a related article:

Elie Chamat, a co-founder of Decisive Wealth SA, a Swiss wealth manager that manages the property on behalf of the heirs of the late crown prince, said the sale shows investors are willing to bet on a pick-up in property prices and the resilience of the pound. The deal is notable, “especially as we know how difficult the super-high-value residential market has been,” he said by email.

The UK is trading at a relative discount to other developed markets and while there remains uncertainty about the timing of a trade deal with the EU, I don’t think anyone believes the two sides will fail to agree on something eventually. 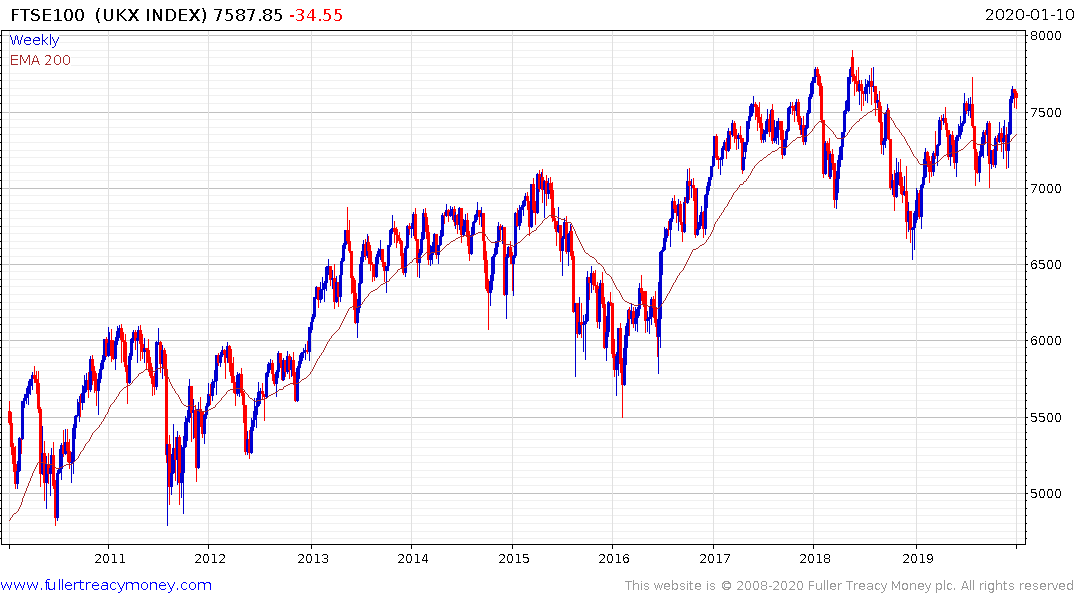 The FTSE-100 is approaching the upper side of its three-year first step above its long base. 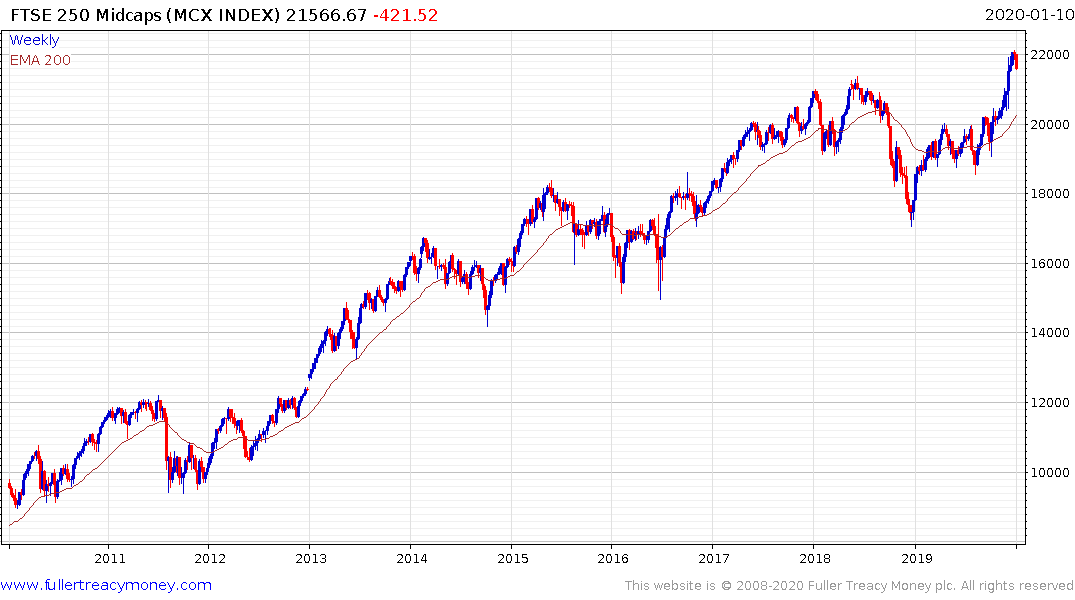 The FTSE-250 midcaps Index has been a little softer since the turn of the year as the short-term overbought condition is unwound.