The outlook isn’t entirely bleak. Losses are forcing uranium mines to cut production or close, which may eventually create a supply crunch, while accelerated building of nuclear plants in China and India could help revive demand. But it may take a while for those developments to take hold, according to a report last month from Morgan Stanley, which said it can’t identify any medium- or long-term driver for prices.

Uranium extended its fade last year even as most other raw materials recovered. The Bloomberg Commodity Index of 22 items posted its first annual gain since 2010, advancing 11 percent.

When Tata Motors bought Land Rover it held onto the name for obvious reasons. It knew it didn’t stand a chance of selling a luxury vehicle under the moniker Tata Motors. If nuclear energy could do the same it would be in a much better position. Reactors being built today bear little resemblance to those which have garnered such a bad reputation over the last number of decades. However that is not the point. Public opinion is not yet in favour of uranium fuelled energy and there is little evidence that is about to change not least because it simply does not have a high profile credible spokesperson to champion it. 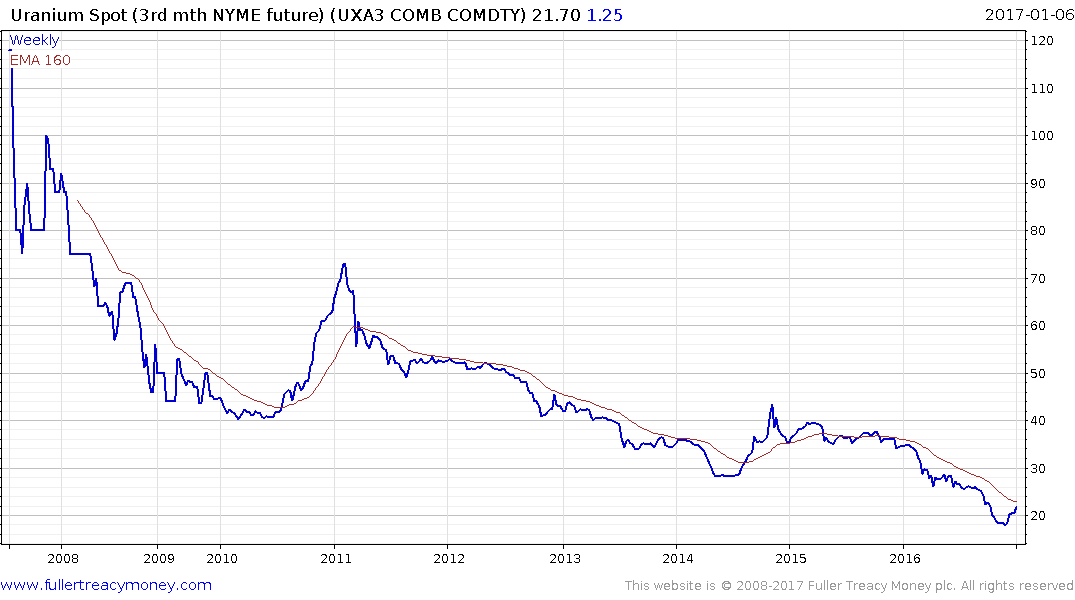 Meanwhile nuclear energy continues to represent a substantial proportion of the global energy infrastructure and it depends on uranium supply to function. Both China and India are investing heavily in nuclear reactors not least because they are dealing with the ramifications of burning coal on their air quality. That represents the clearest medium-term bullish catalyst for the sector.

Short-term, the collapse in uranium pricing will have knocked out marginal supply and a relief rally is now underway. Uranium prices are engaged in a reversionary rally and just about all uranium miners are responding similarly. 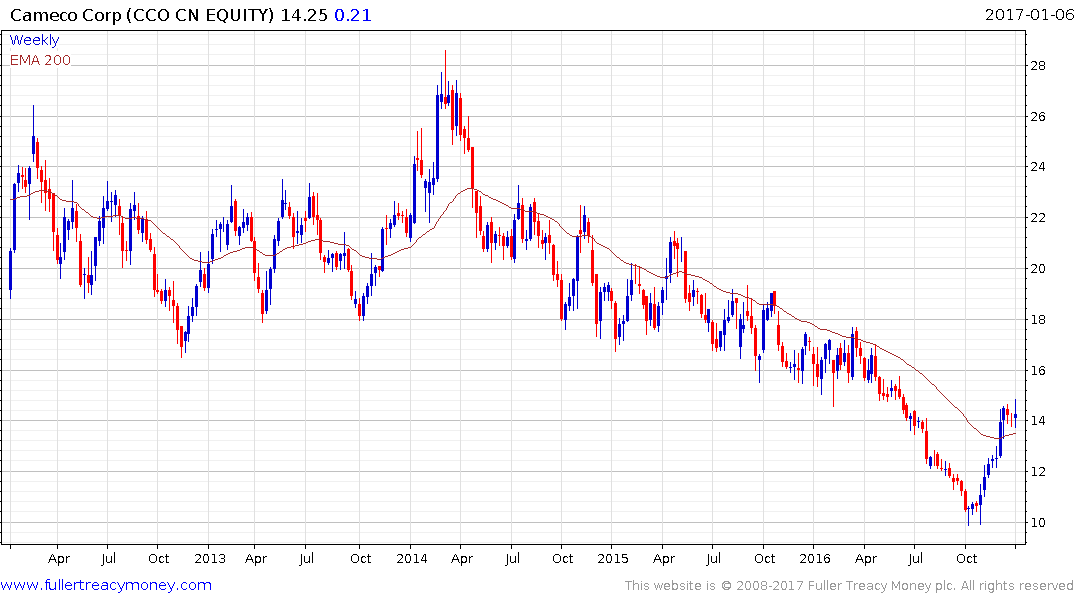 Cameco will need to hold its move above the trend mean during this short-term consolidation if medium-term recovery potential is to be given the benefit of the doubt. 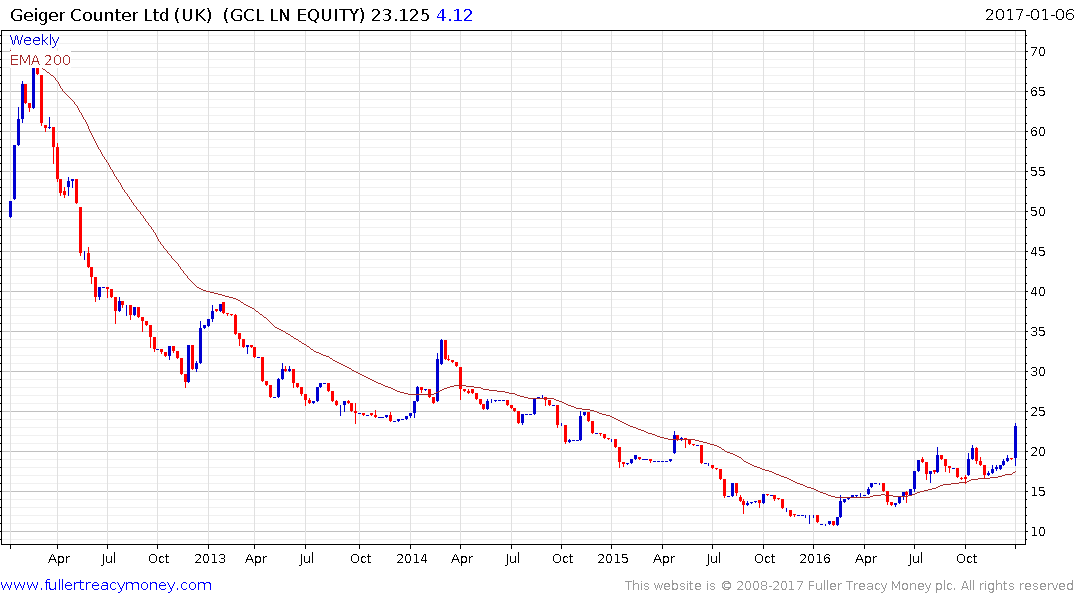 The UK listed Geiger Counter Investment Trust is still trading at a discount to NAV of 10% and broke out to new recovery highs this week. 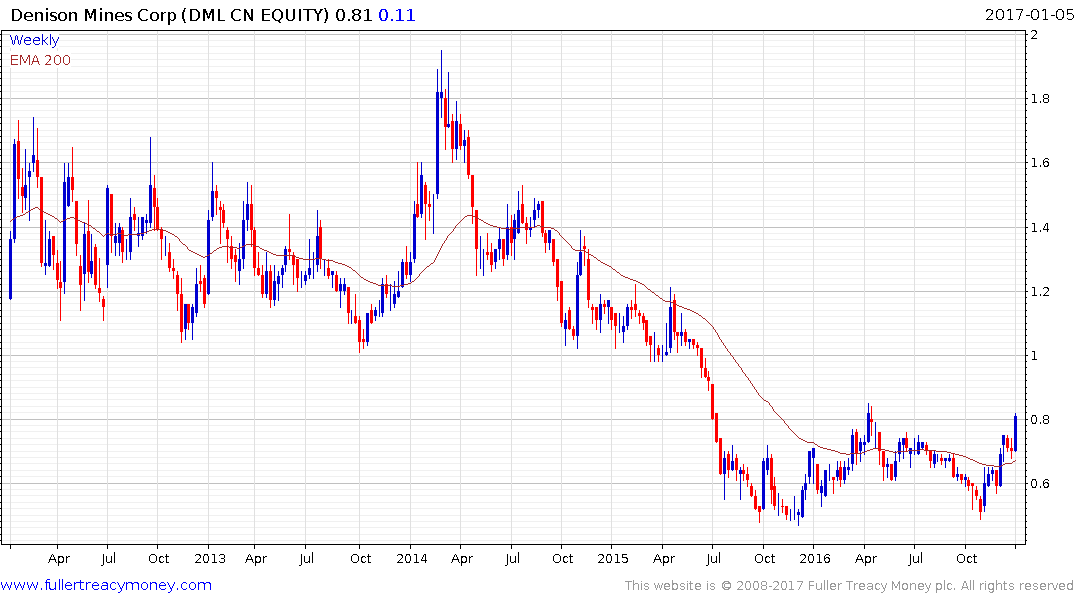 Canadian listed Denison Mines is testing the upper side of a more than yearlong base formation. 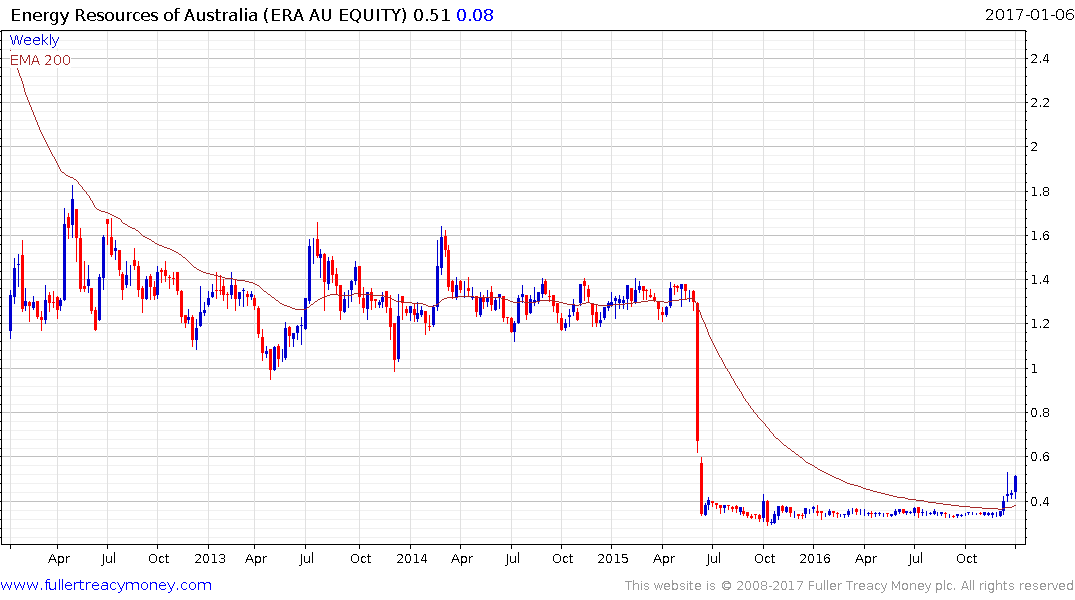 Energy Resources of Australia came close to bankruptcy but bounced out of a very inert environment with the rebound in uranium prices.