A sinkhole of negative-yielding debt in emerging markets has doubled in size over the past week. This time last year it was non-existent.

The amount outstanding soared to $246 billion, driven mostly by the growing pile of corporate debt with sub-zero rates, which almost tripled in seven days, according to data compiled by Bloomberg.

Corporate heavyweights such as China Everbright Bank Co. and Petroleo Brasileiro SA, and sovereigns including Poland and Hungary have seen their rates drop below zero after a dovish turn at Federal Reserve and the European Central Bank sparked a mad dash for yield. Emerging-market bonds handed investors 3.5% over the past two months, more than a percentage point above returns on U.S. Treasuries, according to Bloomberg Barclays indexes.

“This is a global phenomenon, not an EM phenomenon,” said Warren Hyland, who manages emerging-market debt at Muzinich & Co. in London. “Ultimately if less and less of bonds generate a positive yield, that means more and more people are looking for a positive-yielding bond and EM has more of that than elsewhere.”

Negative yields are a problem for investors and represent a massive momentum trade for traders. Moving further out the risk curve is an inevitability for many asset managers and the destination for flows will heavily depend on mandates. Emerging markets are a particularly attractive destination for fixed income investors if they have the currency on their side. 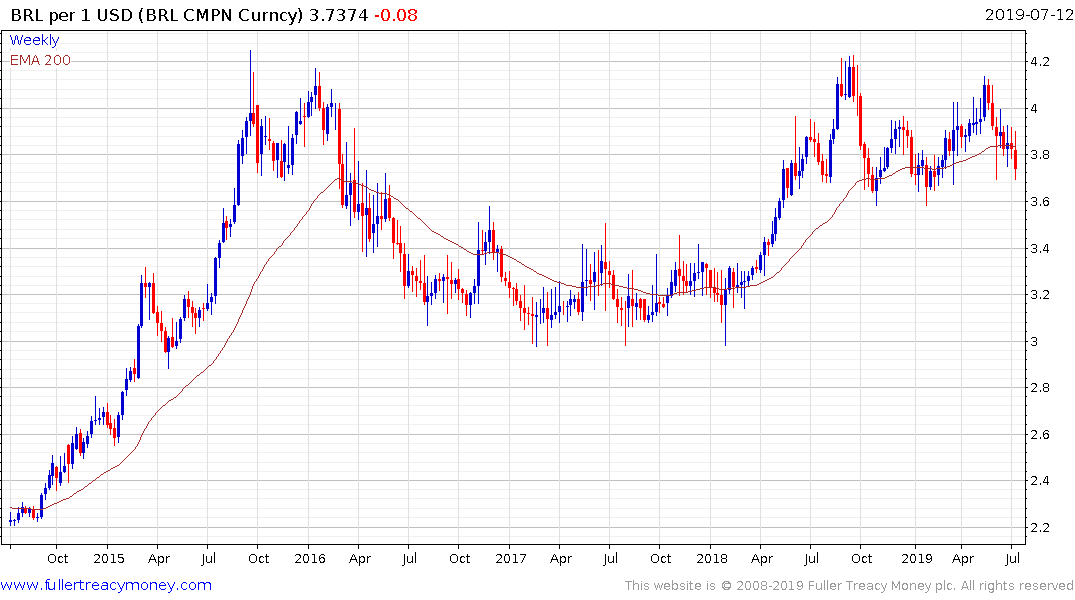 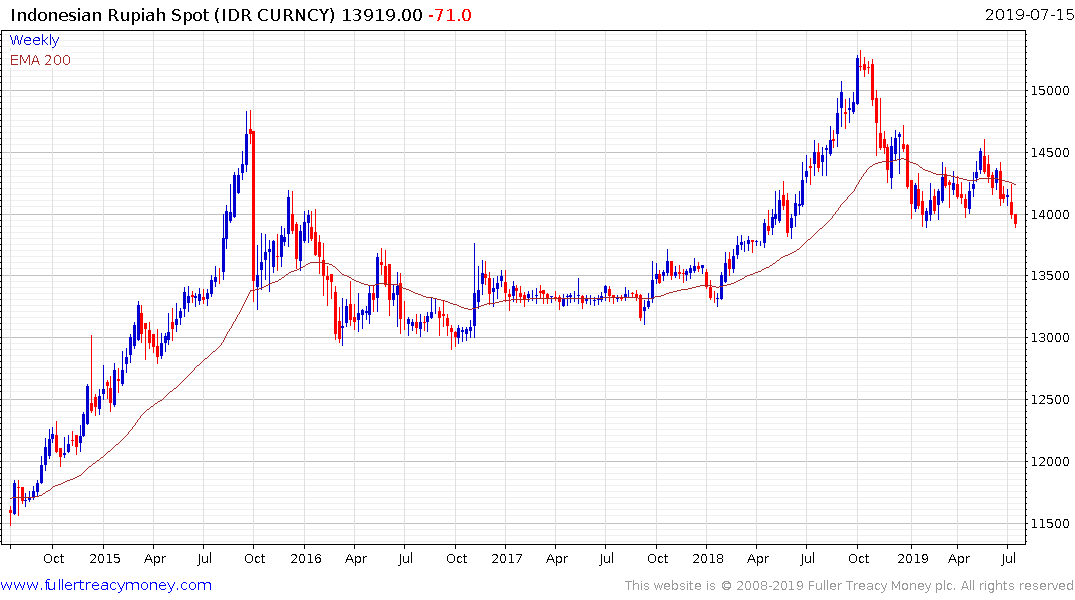 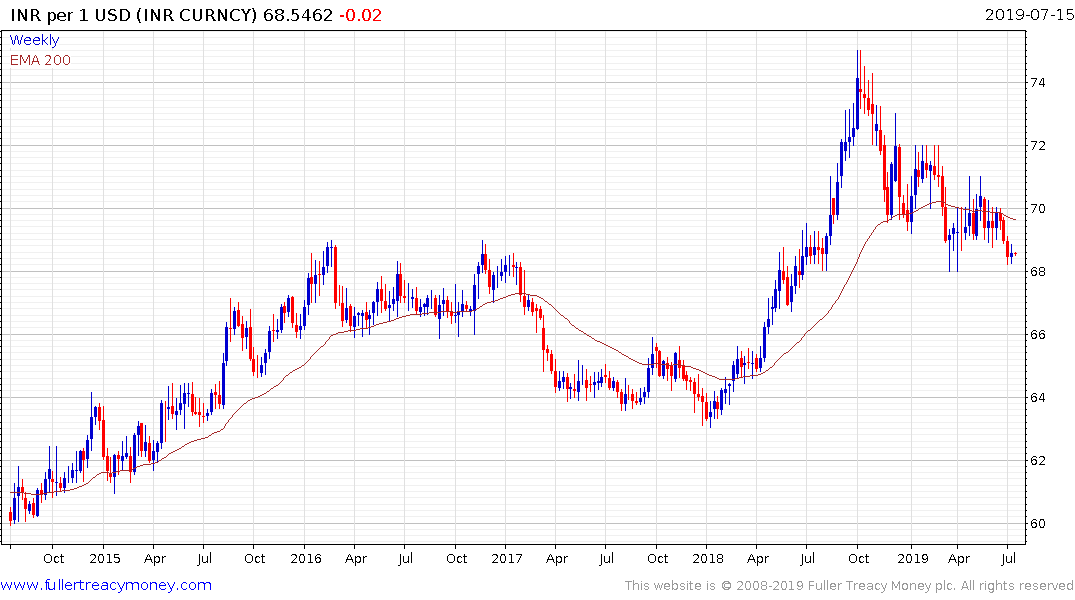 The Brazilian Real, Indonesian Rupiah and India Rupee for example are all trading above their respective trend means against the Dollar. While the Dollar is still quite steady against major currencies there is increasing evidence of a weakening bias in currencies where it does not have the advantage of a wide interest rate differential in its favour.

The yield available on major stock market indices will also be attractive to unconstrained managers and is one of the primary reasons for the outperformance of classic defensives like consumer staples and utilities. In this cycle the transition of highly cyclical businesses to smooth cashflows via the subscription business model has been the clearest common characteristic between the technology sector’s outperformers.