Stepping back for a moment, on September 3rd, Tesla’s Founder Elon Musk reiterated his commitment to source materials from Nevada. However, that pledge did not necessarily mean another sourcing deal, announced so soon, or that it would be for lithium. Other materials besides lithium will be required. Cobalt and graphite, (among others), will also be needed to feed Tesla’s massive giga-factory in Nevada. I find this agreement to be highly noteworthy in the sense that Tesla’s growing need for lithium, perhaps more so than that for cobalt and graphite, represents the single most important raw material need. I imagine that other lithium agreements will be signed in coming months. Without question, Nevada wants further lithium deals to come from Nevada.

The fall in oil prices has had a knock-on effect on most energy related sectors as the relative economics of various alternatives have changed. Lithium miners have been no exception and this has been despite the fact lithium prices have not fallen. Demand for lithium-ion batteries in everything from consumer goods to cars and planes has helped fuel major investment and a large number of explorers are now listed. However securing an agreement to supply Tesla’s factory is a major coup for Pure Energy. 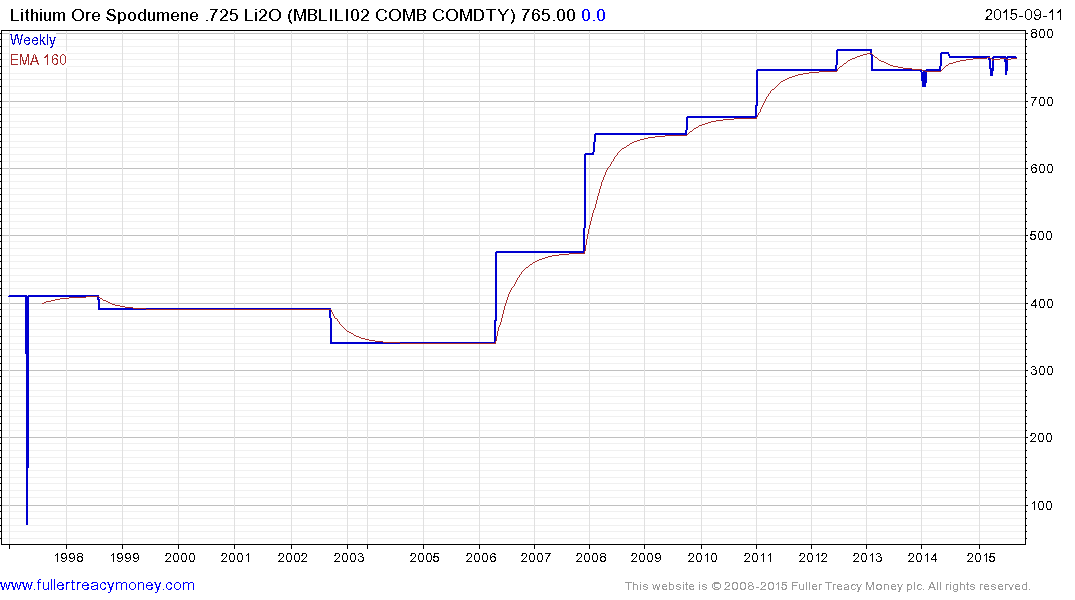 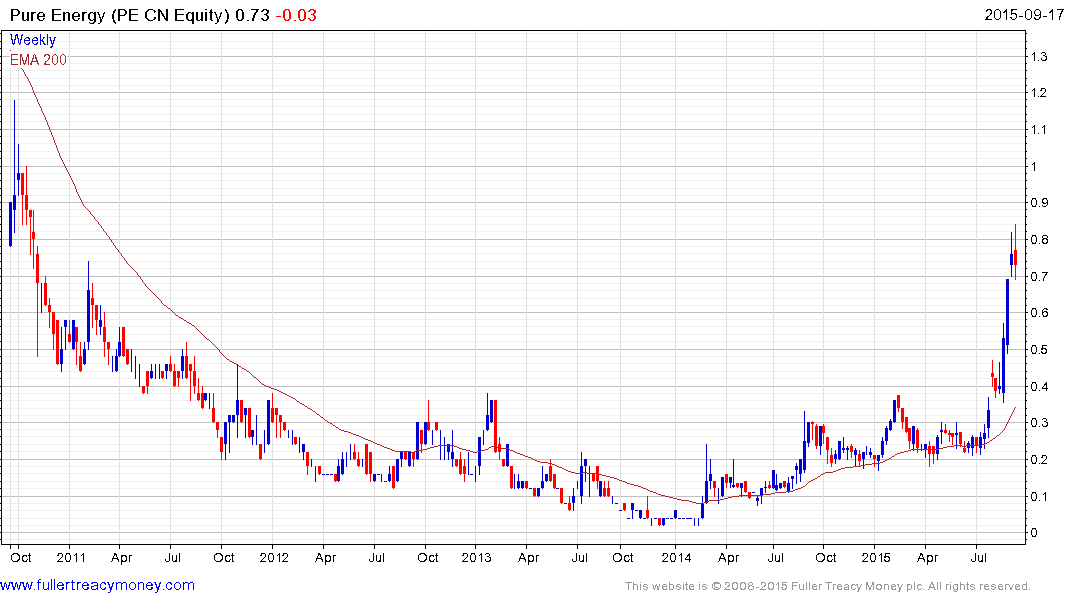 The share has been rallying since late July and is now consolidating following the news announcement. 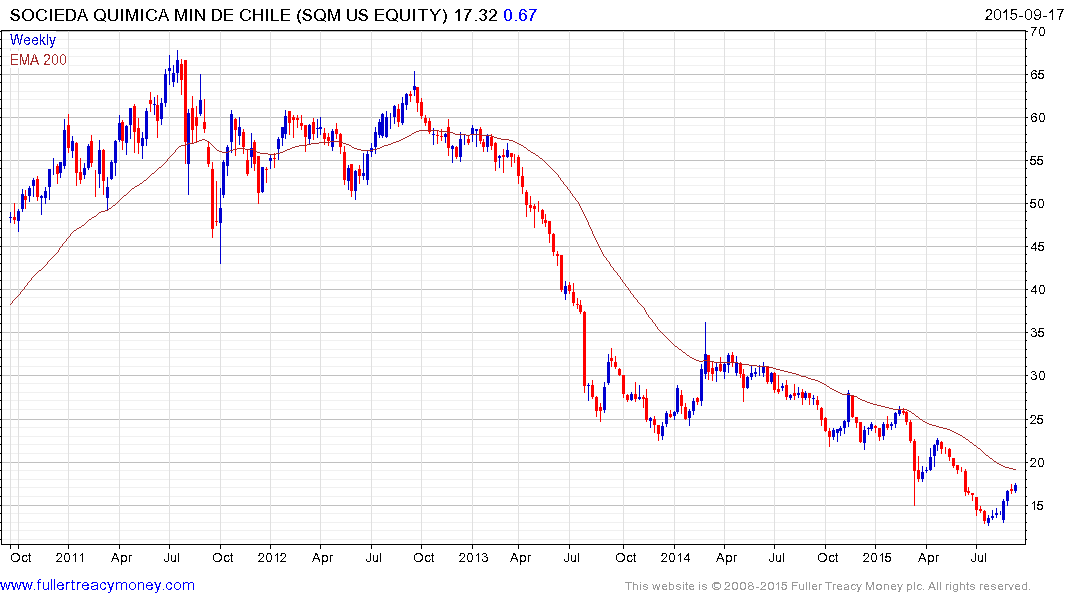 Socieda Quimica Minas de Chile (SQM), one of the world’s largest lithium producers, continues to exhibit a medium-term progression of lower rally highs and will need to sustain a move above $20 to signal a return to demand dominance beyond the current mean reversionary rally. 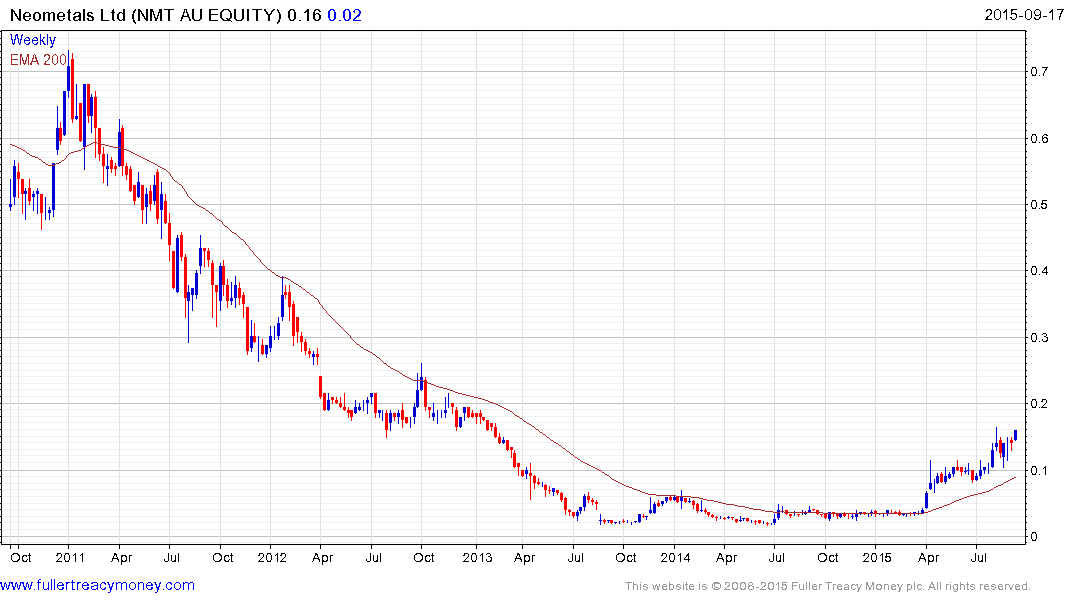 Australian listed Neometals has held a progression of higher reaction lows since completing a medium-term base in April. A sustained move below the 200-day MA would be required to question medium-term scope for additional upside. 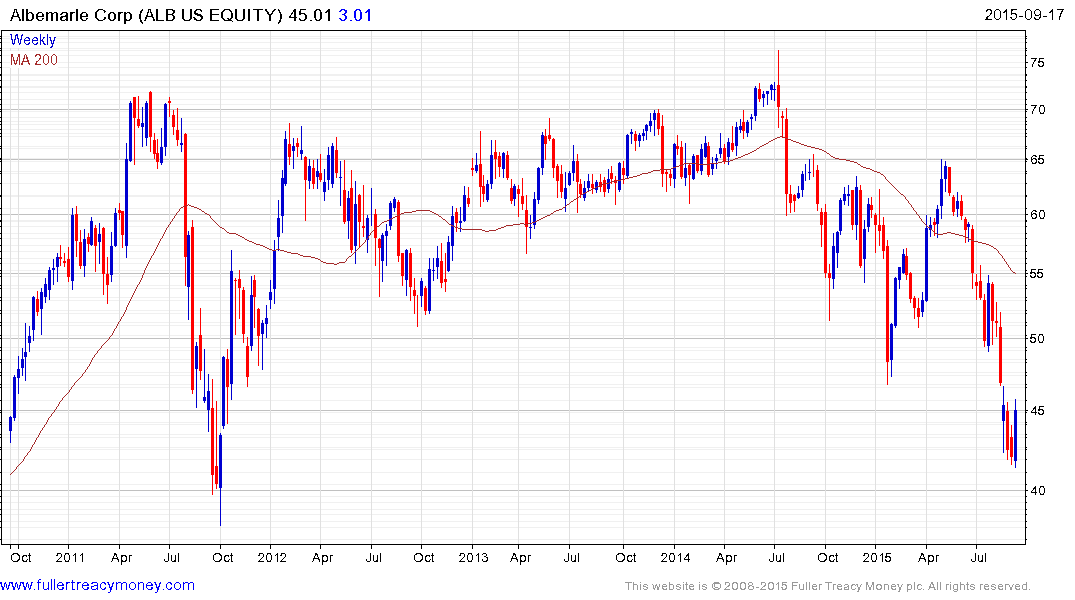 Within the specialised chemicals sector Albemarle Corp acquired Rockwood Corp earlier this year. While not a pure-play on lithium, the share is worthy of mention as its works on an upside weekly key reversal from the region of the 2011 lows, and following an accelerated decline.