What Kind of Regime Does China Have?
Comment of the Day

What Kind of Regime Does China Have? by Eoin Treacy

Xi’s China is thus not the inevitable culmination of prior Chinese history. When he was elevated to head of the Party in 2012, many Chinese elites hoped that he would deal with mounting corruption—which he did, in a highly authoritarian fashion—but also lay the ground for a more liberal China that would permit more freedom to talk, think, interact, and even criticize their government. They were bitterly disappointed when he moved in the opposite direction, placing priority above all not on the welfare of the nation as a whole, but on the survival of the Chinese Communist Party. Why he did this was the result of his personal quirks and history; another leader may have gone in a very different direction. There was no historical inevitability to the present outcome.

The dangers of a regime that seeks totalitarian control were laid bare in the early days of the COVID-19 crisis, when speaking honestly about the unfolding epidemic, as Dr. Li Wenliang did, was severely punished. For all we know, the flow of misinformation is continuing today. It is wrong to hold up the CCP’s totalitarian approach in dealing with the virus as a model to be emulated by other countries. Nearby South Korea and Taiwan, both healthy liberal democracies, achieved even better results in the pandemic without the draconian methods used by China. One of the great dangers today is that the world looks to Xi’s totalitarian model, rather than a broader East Asian model that combines strong state capacity with technocratic competence, as the winning formula in facing future crises.

How then should the United States and other Western democracies deal with Xi’s China? The starting point is to recognize that we are dealing with an aspiring totalitarian country like the mid-20th century Soviet Union, and not with some kind of generic “authoritarian capitalist” regime. There is no true private sector in China. Although there are quasi-property rights and ambitious entrepreneurs there, the state can reach into and control any one of its supposedly “private sector” firms like Tencent or Alibaba at any point. Although the Trump administration’s campaign against Huawei has been clumsy and in many respects self-defeating, the goal is essentially correct: It would be crazy for any liberal democracy to allow this firm to build its basic information infrastructure, given the way it can be controlled by the Chinese state.

That word, resiliency, just popped up again. The one lesson we have learned from the coronavirus is how fragile the global supply chain. The simple fact is we are wholly dependent on an increasing antagonistic country for essential products. That is something that is going to change in the coming few years as the theatres of great power competition expand significantly. 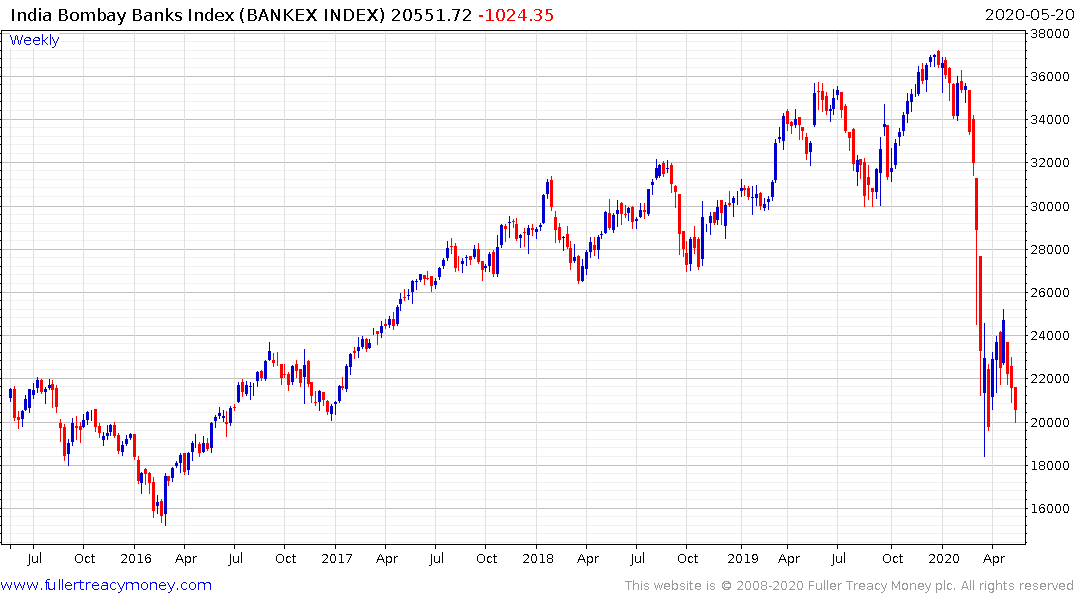 That is likely to represent a significant tailwind for India because it is likely to be supported as a counterweight to China in the region. The banking sector has been under pressure over the last couple of years because of the collapse of the housing finance sector. Efforts are now underway to merge failed lenders with state run banks and to recapitalise the sector. Right now, one of the biggest storms in years is affecting the region but the Bombay Banks Index has at least steadied in the region of the March lows near 20,000. 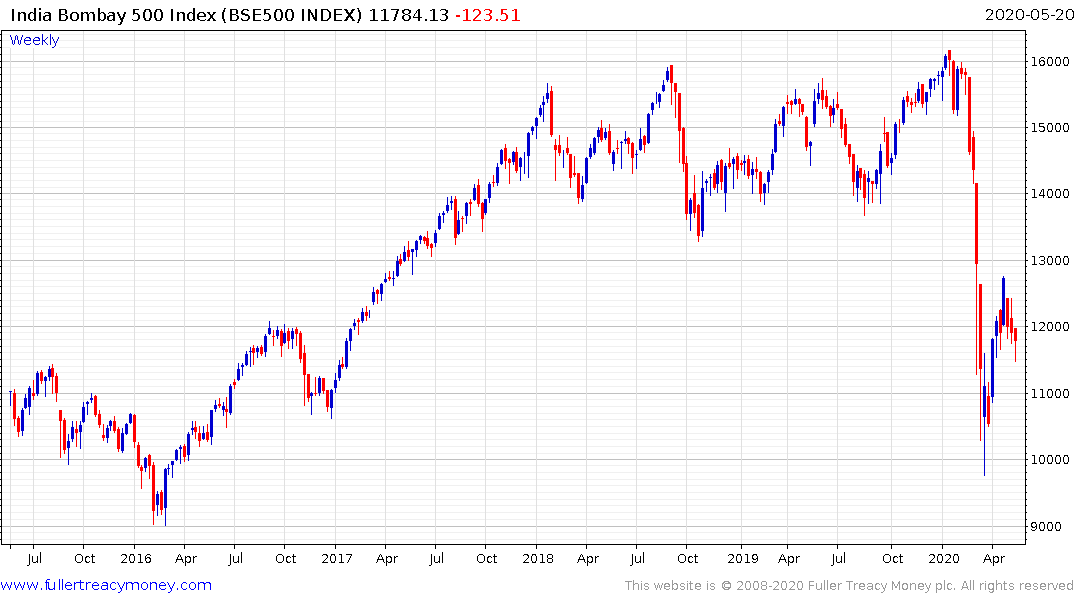 The BSE500 Index broke downwards from a type-3 top in March and found near-term support in the region of the psychological 10,000 level. The fiscal stimulus plan, passed last week, fell flat with investors who were hoping for more. Nevertheless, $200 billion in additional to lower interest rates does represent a sizeable stimulus package. 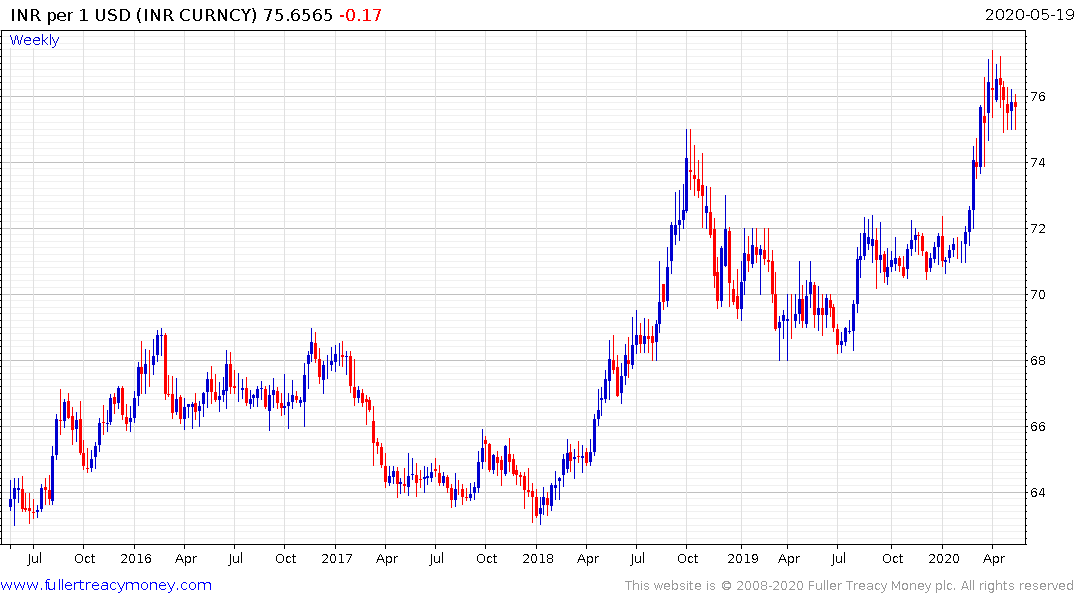 The weakness of the Rupee suggests the low may be in for the nominal Index.