Valeant Plunges Most Ever on Forecast Cut, Warning Over Debt
Comment of the Day

Valeant Plunges Most Ever on Forecast Cut, Warning Over Debt by Eoin Treacy

“We have to earn back the credibility,” Pearson said in his first public remarks since returning from a medical leave two weeks ago. “We have to deliver on results. We have to meet or exceed this guidance,” Pearson said during the call. “It’s a bit of a starting over point for me and this company.”

Laval, Quebec-based Valeant is at risk of violating its debt agreements, putting it at the mercy of its creditors, since it will be late filing its annual report. Valeant said it must file its 10-K by March 30 to avoid triggering cross-defaults that would restrict it from being able to further tap its credit line. It won’t be able to meet that deadline and will begin asking lenders next week to amend the credit agreement so that a default is waived.

in the lengthy conference call this morning Valeant corrected what they called a typo in the press release which had overstated earnings, they announced they were changing the way they calculated the tax they paid and announced that guidance would be lower. Investors took flight and the share fell 51.80%.

There are two ways of looking at this. Either the management are incompetent and deep issues face the company; not least in how its products are to be priced against a background where it has sustained attacks from politicians. The alternative is that Pearson is cleaning out the Augean stables following a medical leave so that they can successfully beat guidance going forward because it is coming off of such a low base. 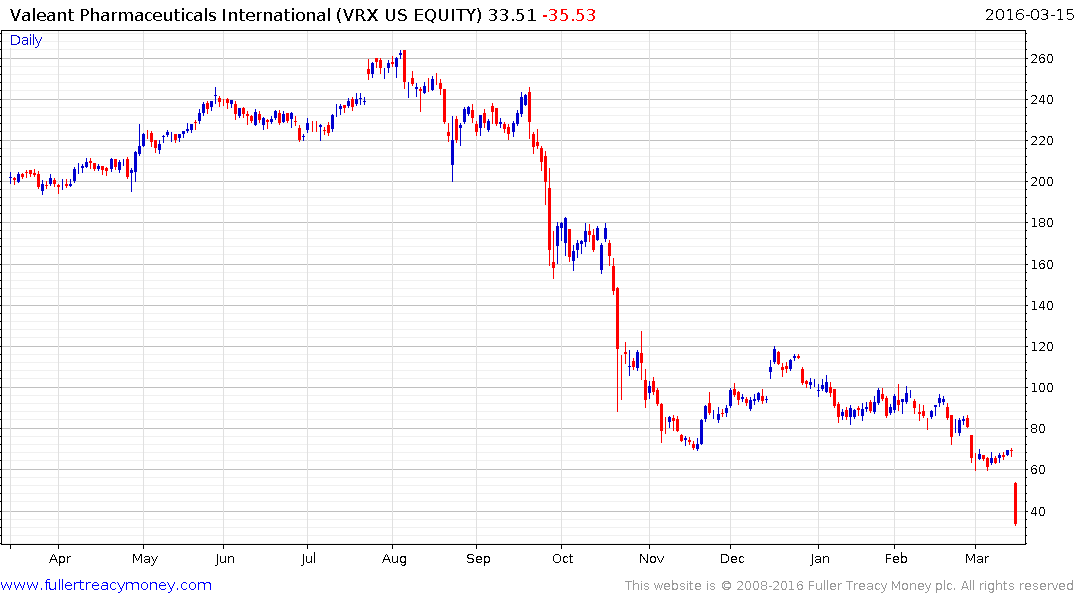 The share closed on its low and this represents a deep oversold condition. It was deemed untouchable by investors back in October before it experienced a relief rally and is persona not grata right now as investors panic out. There is no doubt the company has issues but the question is how much those problems apply to other high profile healthcare stocks. 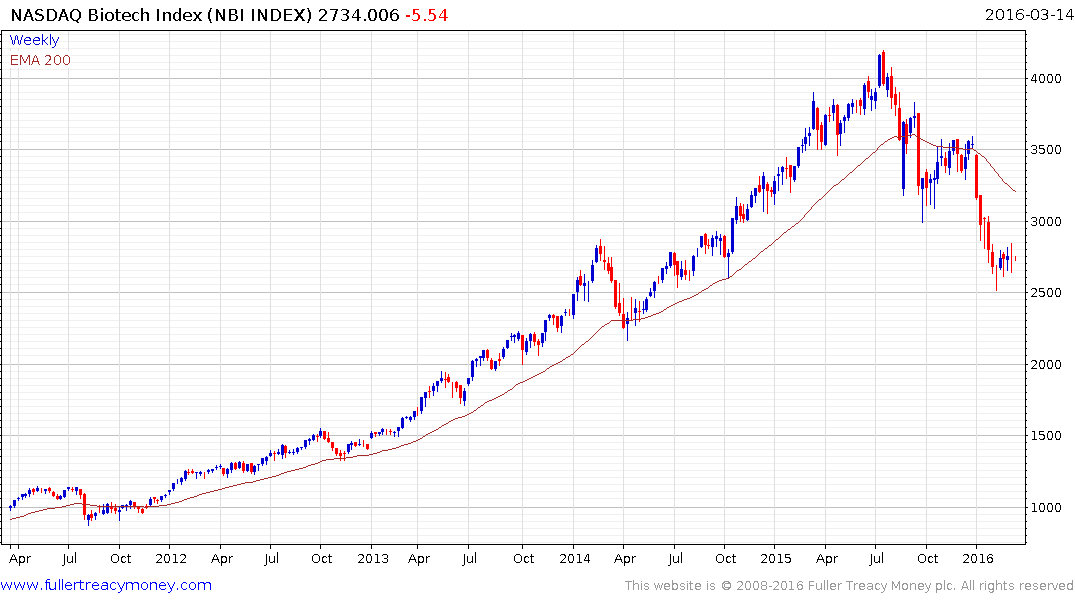 The Nasdaq Biotech Index pulled back sharply today despite the fact Valeant is not a constituent. Its bounce since mid-February has been modest at best and it needs to hold the lows near 250 if support building is to be given the benefit of the doubt.