“Several Chinese producers -- a higher number than people realize -- have already left the business,” Vale’s Ferreira, said Wednesday at a Rio de Janeiro conference. “I think we will have a better second half in China than the first half in terms of steel.”

On top of raw-material shares, banks also helped push the Ibovespa higher. Banco Bradesco SA recovered from an 11-month low while Itau Unibanco Holding SA was set for the best day since February. Still, Fides’ Vieira said the advance may not be sustained as Latin America’s largest economy continues to disappoint.

Inflation has accelerated as President Dilma Rousseff increases government controlled prices to shore up public accounts. That has sent annual consumer prices to the fastest pace in more than a decade, and the central bank has responded by boosting borrowing costs six consecutive times.

Bets on a further slowdown at a time when the economy is already forecast to show the worst recession in 25 years have dragged down the Ibovespa from this year’s high. The benchmark gauge had entered a bull market April 24, after rallying more than 20 percent from its 2015 low, on speculation government measures would revive growth and help Brazil keep its investment-grade credit rating.

The Brazilian market has been the subject of a number of challenges over the last couple of years not least the collapse in iron-ore and coal prices and the entanglement of the current administration in Petrobras’s corruption scandal. 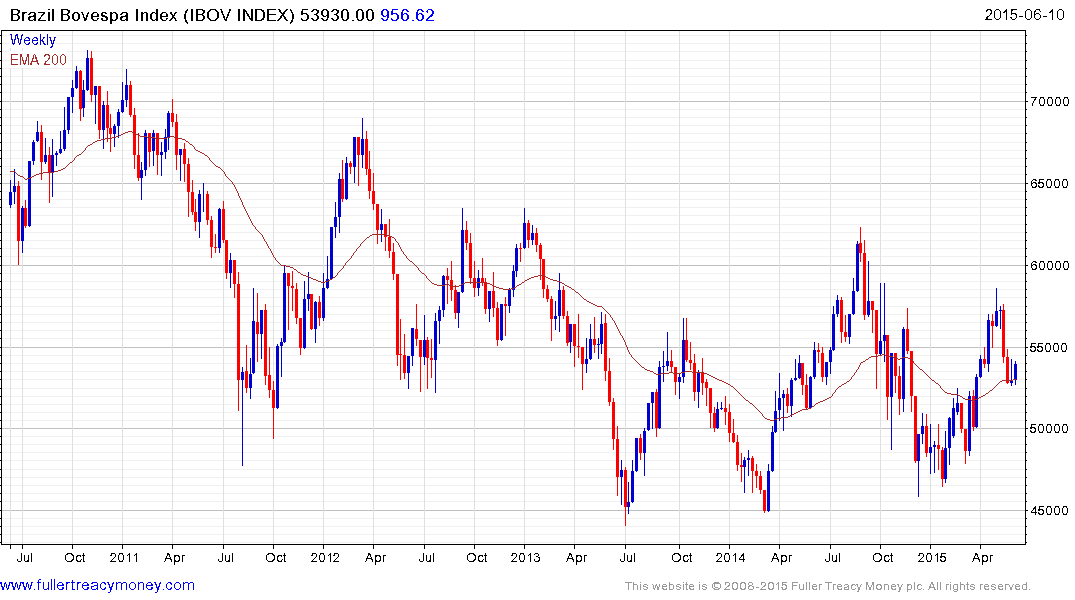 The Index has been rangebound, in nominal terms, for much of the last two years and found support today in the region of the 200-day MA. A sustained move below 52.500 would be required to question current scope for some additional upside. 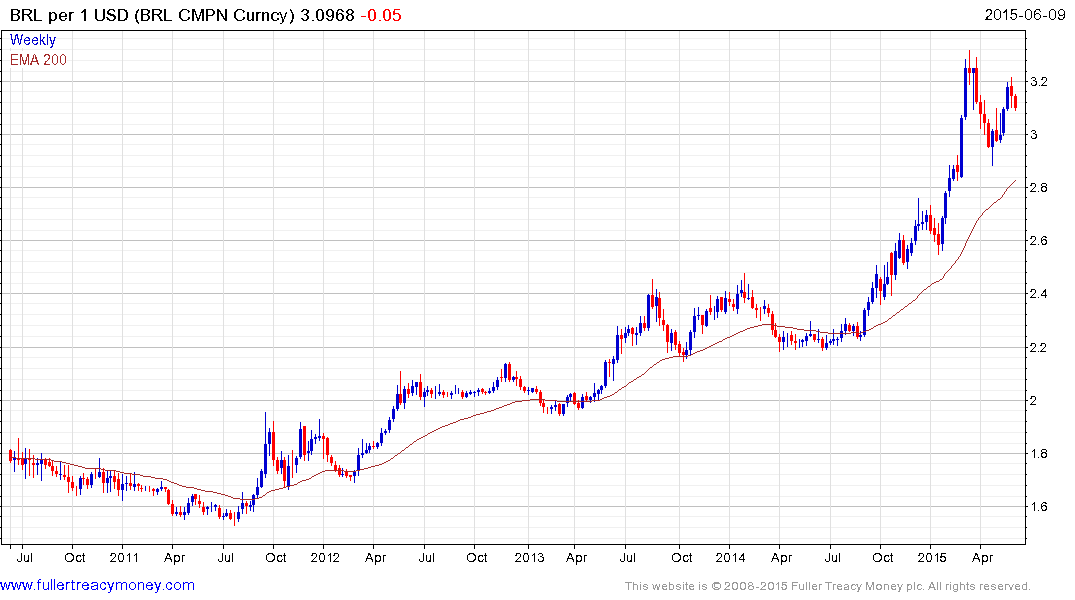 The Real has also stabilised in the short-term which has supported the US listed ADR for UniBanco Itau as it rallied from a retest of the March low. 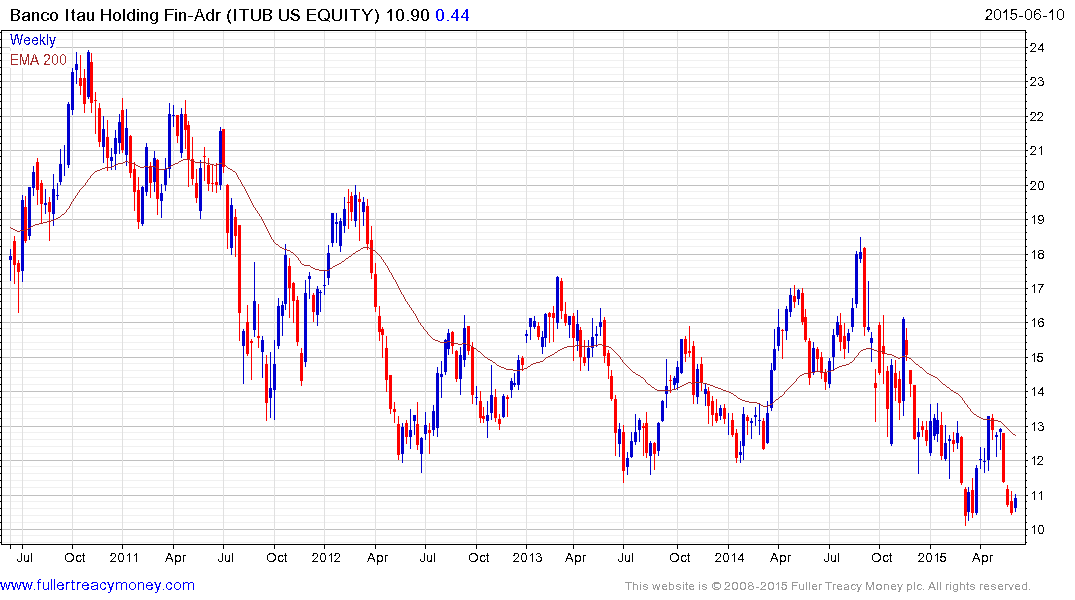 Elsewhere in Latin America, the Chilean Index also found support today in the region of the 200-day MA and a sustained move below yesterday’s low would be required to question potential for additional higher to lateral ranging. 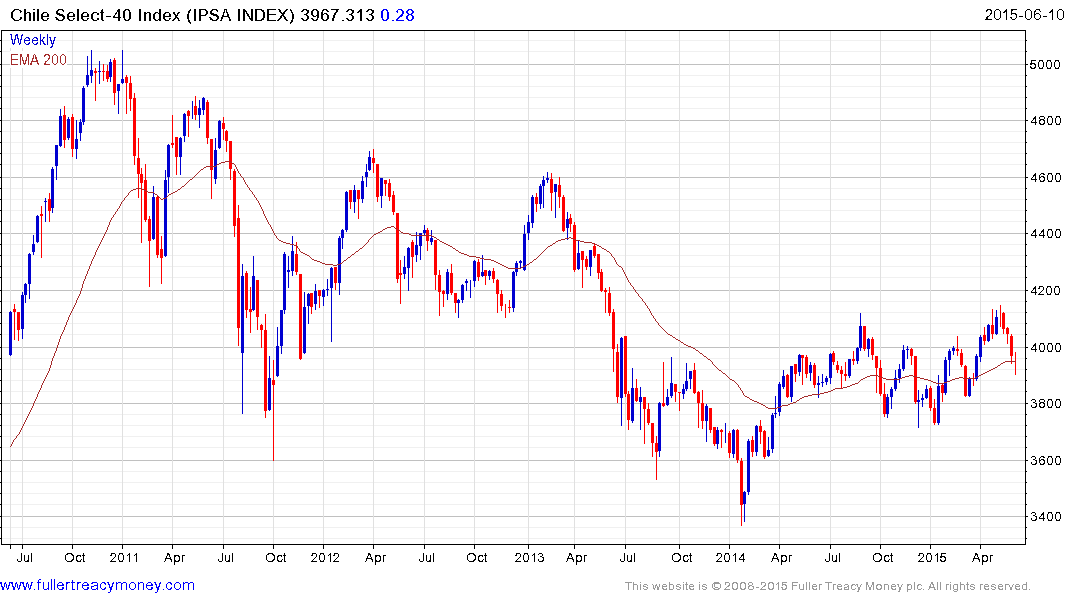 The Latin America Dollar Index found at least short-term support today in the region of the March low and a sustained move below 74 would be required to question current scope for some additional upside. A break in the three-year progression of lower rally highs would be required to signal a return to demand dominance beyond the short term. 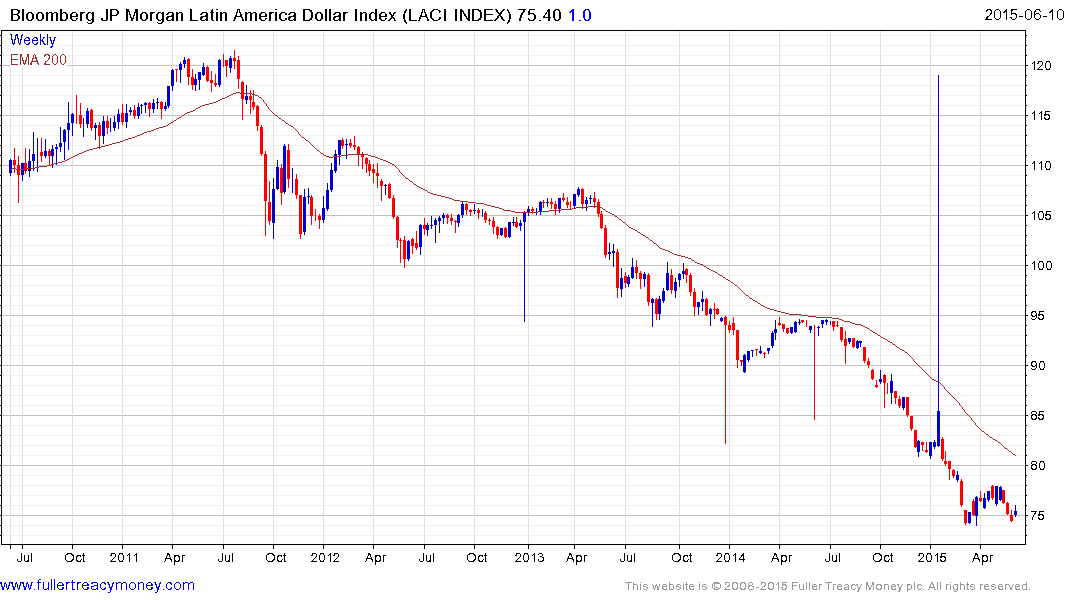