The Science of Fat: After The Biggest Loser, Their Bodies Fought to Regain Weight
Comment of the Day

The Science of Fat: After The Biggest Loser, Their Bodies Fought to Regain Weight by Eoin Treacy

Slower metabolisms were not the only reason the contestants regained weight, though. They constantly battled hunger, cravings and binges. The investigators found at least one reason: plummeting levels of leptin. The contestants started out with normal levels of leptin. By the season’s finale, they had almost no leptin at all, which would have made them ravenous all the time. As their weight returned, their leptin levels drifted up again, but only to about half of what they had been when the season began, the researchers found, thus helping to explain their urges to eat.

Leptin is just one of a cluster of hormones that control hunger, and although Dr. Hall and his colleagues did not measure the rest of them, another group of researchers, in a different project, did. In a one-year study funded by Australia’s National Health and Medical Research Council, Dr. Joseph Proietto of the University of Melbourne and his colleagues recruited 50 overweight people who agreed to consume just 550 calories a day for eight or nine weeks.

They lost an average of nearly 30 pounds, but over the next year, the pounds started coming back.

Dr. Proietto and his colleagues looked at leptin and four other hormones that satiate people. Levels of most of them fell in their study subjects. They also looked at a hormone that makes people want to eat. Its level rose.

“What was surprising was what a coordinated effect it is,” Dr. Proietto said.
“The body puts multiple mechanisms in place to get you back to your weight.
The only way to maintain weight loss is to be hungry all the time. We desperately need agents that will suppress hunger and that are safe with long-term use.”

As someone who has seen their weight fluctuate by as much as 15kgs on a number of occasions over the last twenty years I can identify with the difficulty many people have in keeping the weight off. When I saw that my second daughter (age 8) was also having trouble with her weight I read and the whole family implemented the routine outlined in “Ending the Food Fight” by Dr. David Ludwig. She has dropped two dress sizes since then and is a much happier and energetic child as a result. One of the key points he covers in the book is the importance of replacing high calorie foods and carbohydrates with vegetables which tend to inhibit leptin resistance.

Diabetes remains a global epidemic and obesity is a major healthcare challenge. These are issues that will not simply be solved with drugs, although drugs are effective at managing symptoms. The role of diet and exercise in both managing the disease and avoiding its onset are topics people are increasingly aware of. 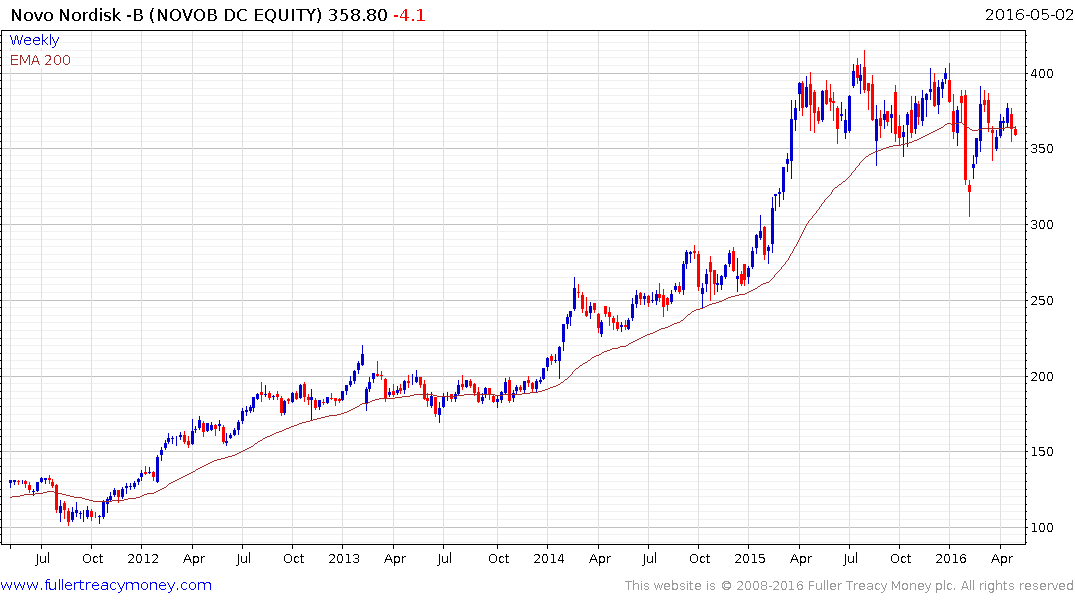 It is noteworthy that the constituents of the diabetes section of the Chart Library exhibit some notable losses of consistency. Even Novo Nordisk, which has been the go to pure-play on the sector, is looking toppy. 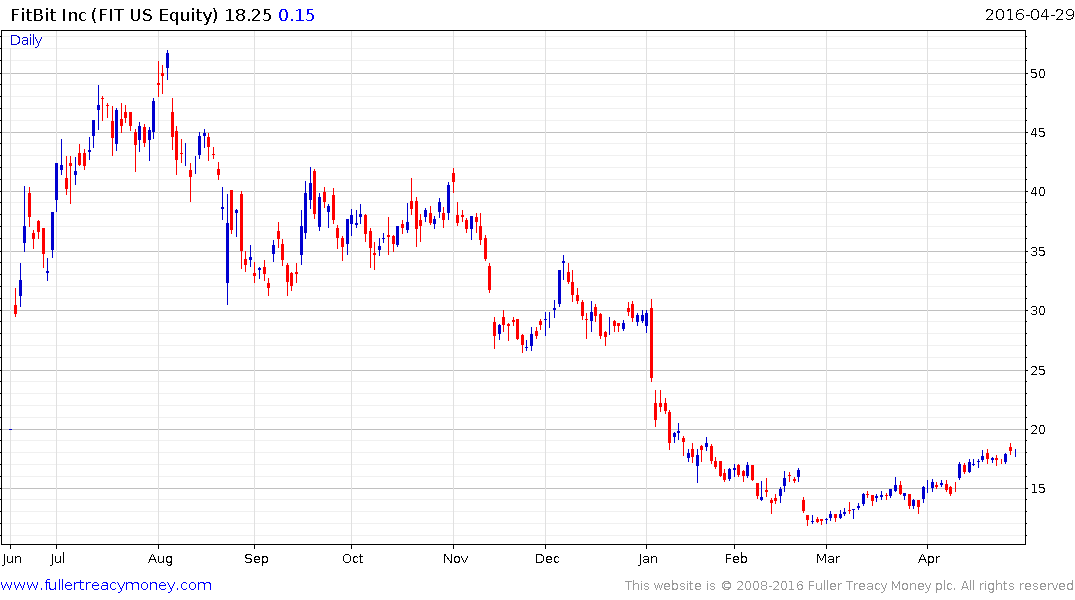 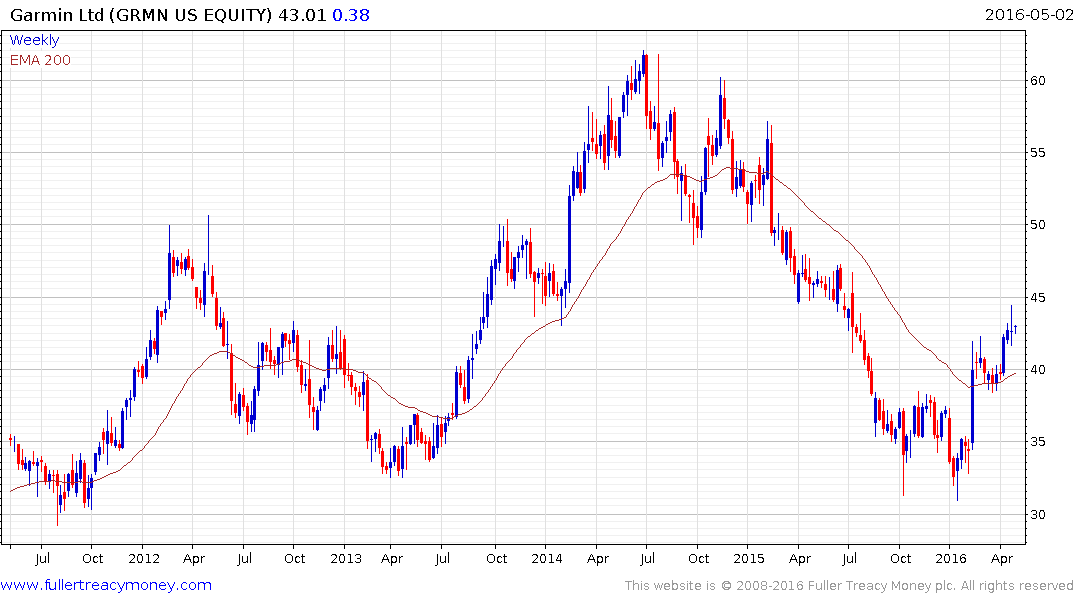 Meanwhile wearables such as Fitbit and Garmin remain on recovery trajectories.