The U.S. Securities and Exchange Commission requires drillers to calculate the value of their oil reserves every year using average prices from the first trading days in each of the previous 12 months. Because oil didn’t start its freefall to about $45 till after the OPEC meeting in late November, companies in their latest regulatory filings used $95 a barrel to figure out how much oil they could profitably produce and what it’s worth. Of the 12 days that went into the fourth-quarter average, crude was above $90 a barrel on 10 of them.

So Continental Resources Inc., led by billionaire Harold Hamm, reported last month that the present value of its oil and gas operations increased 13 percent last year to $22.8 billion. For Devon Energy Corp., a pioneer of hydraulic fracturing, it jumped 31 percent to $27.9 billion.

This year tells a different story. The average price on the first trading days of January, February and March was $51.28 a barrel. That means a lot of pain -- and writedowns -- are in store when drillers’ first-quarter numbers are announced in April and May.

“It has postponed the reckoning,” said Julie Hilt Hannink, head of energy research at New York-based CFRA, an accounting adviser.

Oil prices have bounced from their January lows but nowhere near enough to alter the average pricing for the year to date.  In fact since the pace of the short-term advance has moderated there is an increasing possibility that the short covering rally is over. This opens up potential for a retest of the low. If oil follows anything like the path natural gas took following its 2008 crash, prices could range for a prolonged period. Such an environment would require some major adjustments by the drilling sector. 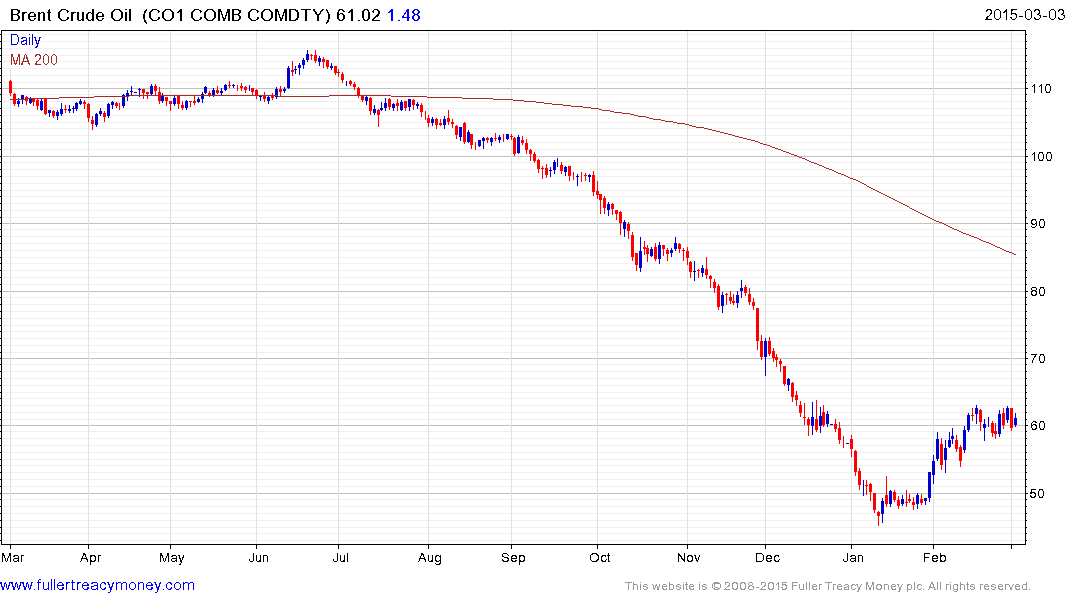 A number of the major shale oil and gas companies have followed a similar pattern. Most have at least partially unwound their oversold conditions relative to the 200-day MA and will now need to demonstrate support in the region of their respective lows to signal demand is returning to dominance beyond the short term. 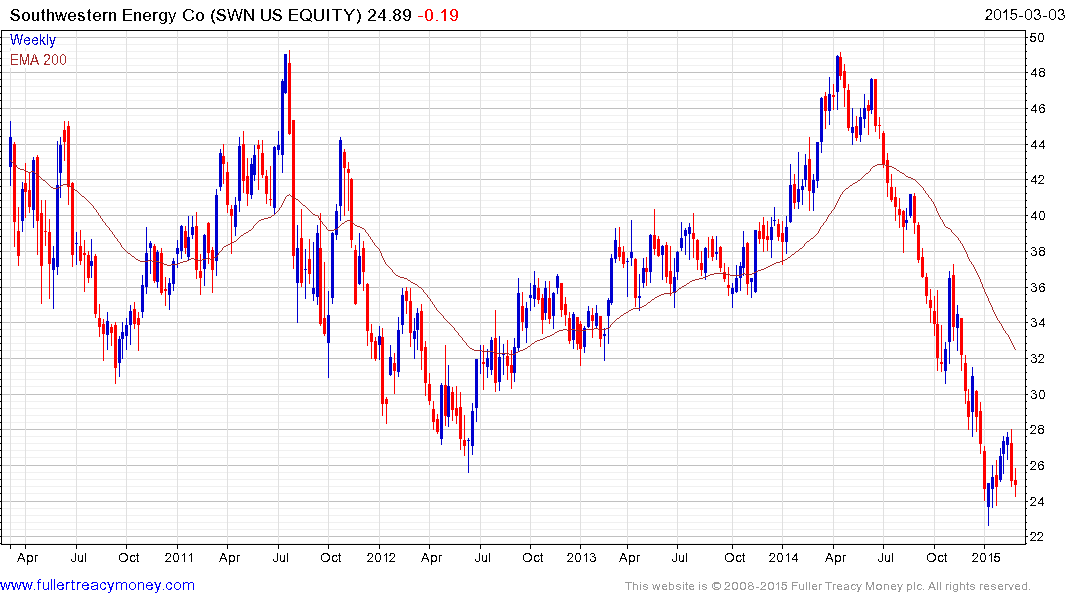