“Most people aren’t expecting an official number, but they just want to see her talk about it -- that she’s focused on it,” said Robert Peck, an analyst with Suntrust Robinson Humphrey Inc. “It’s not that investors don’t necessarily want spending -- it’s investors want to know it’s being prudently done.”

Pichette had been talking up efforts to be careful with spending, pointing out the company pulled back on underperforming projects such as Google Glass. While operating expenses climbed 21 percent to $6.46 billion in the first quarter, it was less than the increases of more than 30 percent in the previous two periods.

The rate of hiring has slowed as well the past two quarters, even as the total workforce remains at more than 55,000 employees.

Unit Detail
Investors want more transparency around how much each business delivers to the company.
Porat could give more sales numbers around business units such as the video-sharing service YouTube, display advertising, mobile and Google Play, the digital store for buying applications and entertainment content, analysts said. She also could give specifics on the core business: search.

Analysts cited Amazon.com Inc.’s decision earlier this year to break out for the first time how much it makes in its cloud-computing business.

“Here is an easy opportunity for a new CFO to establish a fresh, constructive approach toward the market,” RBC Capital Markets analysts wrote in a note to clients earlier this month.

Google often succeeds in ranking as one of the companies most people would like to work for because it has such an inspiring message of optimism and innovation. However, it is worth remembering that despite forays into an array of additional fields advertising represents more than 90% of earnings. The introduction last year of its C class of shares makes sure that the company’s founders will continue to have wide discretion in how they choose to manage the company and particularly on direct investment in R&D. The performance of the share will depend on the company’s ability to grow profits. 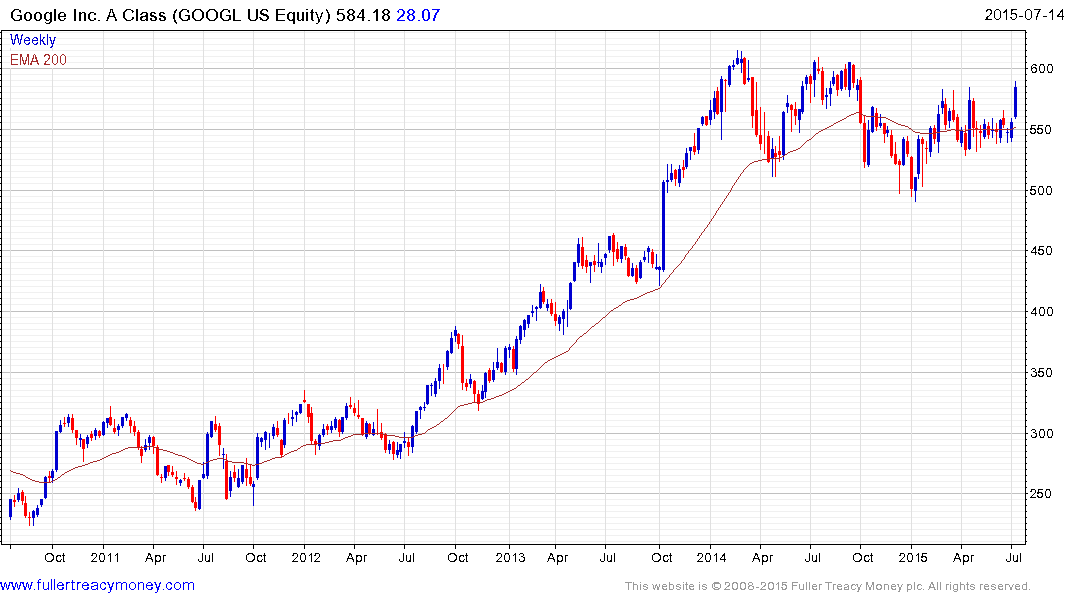 Google doubled between 2012 and early 2014 and has been confined to a range since. Trading had been relatively inert for much of May, June and early July but broke out to the upside last week to test the year’s earlier highs. A pause in this area is possible but a clear downward dynamic would be required to question current scope for additional upside. A sustained move above $600 would confirm a return to demand dominance beyond the short term. 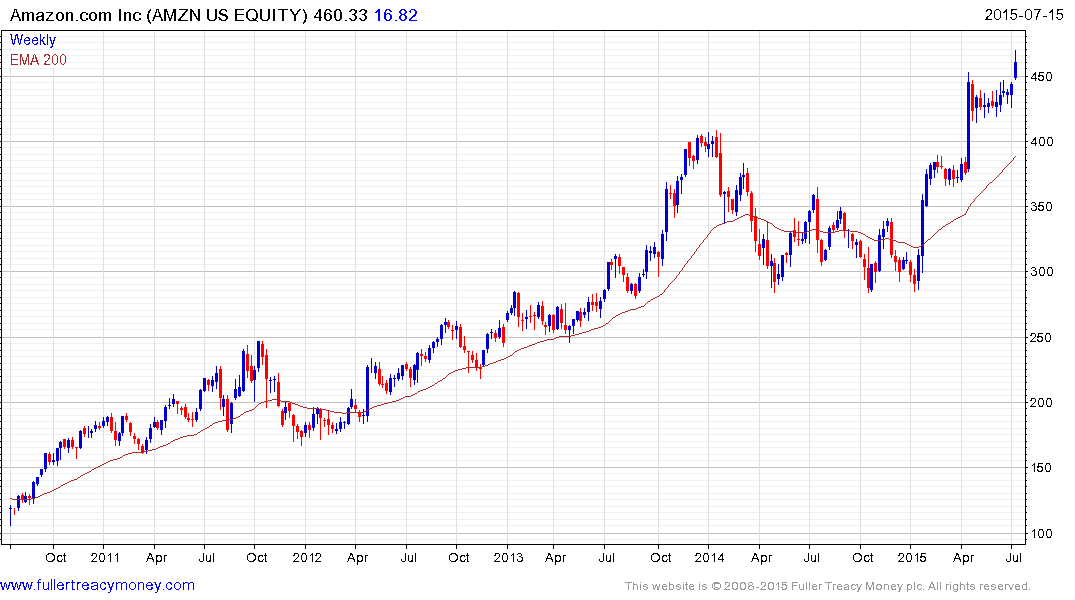 Amazon is another high profile company which has garnered attention for its focus on huge market share rather than profits. When the company decided to increase margins early this year, the share rallied and continues to improve on that performance. It broke out of its most recent range this week and a sustained move below $425 would be required to question the consistency of the advance. 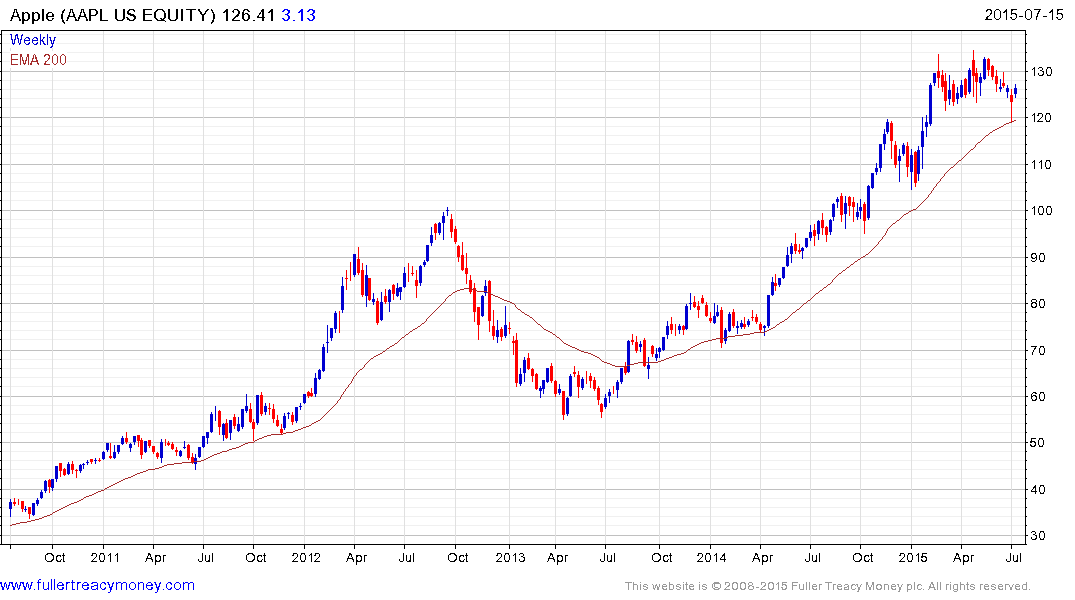 Apple bounced last week from the region of the 200-day MA to confirm support in the region of the trend mean and a failed downside break from the short-term range. Potential for additional higher to lateral ranging can be given the benefit of the doubt in the absence of a clear downward dynamic.