The Fed is now hostage to Wall Street by Eoin Treacy

Obviously, the financial markets like this cautious mindset of the Fed. Earlier this week, US stocks climbed to another record high.

Isn’t that a funny thing? The stock market is at record highs and the bond market is acting as if this were the Great Depression. Meanwhile, the Swiss National Bank is buying a great deal of American equity.Indeed, according to the latest SEC filings the SNB’s portfolio of US stocks has grown to more than $60 billion.

Yes, they own a lot of everything. Let us consider how they get the money for that: They create Swiss francs from the thin alpine air where the Swiss money grows. Then they buy Euros and translate them into Dollars. So far nobody’s raised a sweat. All this is done with a tab of a computer key. And then the SNB calls its friendly broker – I guess UBS – and buys the ears off of the US stock exchange. All of it with money that didn’t exist. That too, is something a little bit new.

Other central banks, too, have become big buyers in the global securities markets. Basically, it all started with the QE-programs of the Federal Reserve.

It is a truism that central banks do this. They’ve done this of course for generations. But there is something especially vivid about the Swiss National Bank’s purchases of billions of Dollars of American equity. These are actual profit making, substantial corporations in the S&P 500. So the SNB is piling up big positions in them with money that really comes from nothing. That’s a little bit of an existential head scratcher, isn’t?

One of the most important lessons learned from quantitative easing is that it is highly effective at inflating asset prices. This link to the Nasdaq’s record of Swiss National Bank holdings, primarily of US Autonomies, is a clear example of that. If banks are lending, or printing, money into existence they have an incentive to acquire assets that have a legitimate claim on future cash flows or have an intrinsic value.

Large globally active companies capable of surviving both booms and busts have a natural place in the strategy of a central bank to protect the interests of its citizenry. Property in desirable locations and gold serve the same purpose. 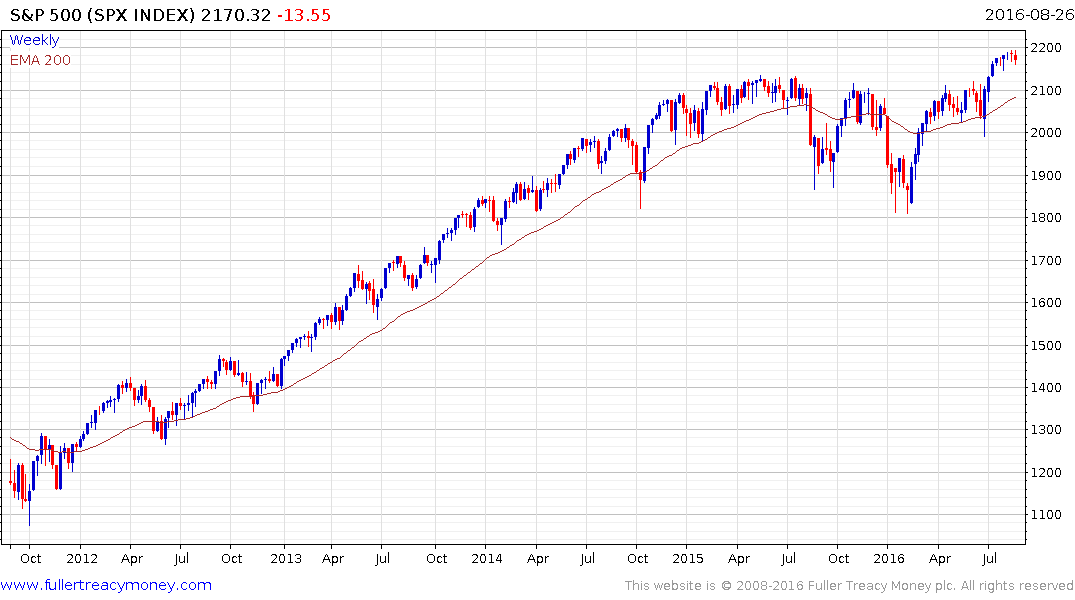 As long as global central banks are engaged in quantitative easing, it will act both as a direct and indirect support for asset prices. However since this process has already been in evidence for seven years already in the USA we can conclude this is not new news. So far the Fed is diverging from the rest of the developed world in its interest rate policy and that represents a challenge for the commonality of the global central bank policy and continues to represent a known unknown for investors because of the role interest rates have on the ability of companies to borrow, buyback shares and pay dividends.