Ten-years from global financial crisis: a decade in charts
Comment of the Day

Ten-years from global financial crisis: a decade in charts by Eoin Treacy

Ten years ago on Wednesday marked the start for many observers of the global financial crisis - a series of rolling credit shocks and bank crashes that led to the deepest world recession for a generation and a decade of slow growth and painful repair.

On Aug. 9, 2007, the European Central Bank flooded its money markets with billions of euros of emergency cash to prevent a seizure in the European banking system after France's BNP Paribas became the latest to shut down investment funds hobbled by a collapse of U.S. mortgage and asset-backed bond markets.

Serial bank collapses in Britain, the United States, Germany and elsewhere were to follow over the following 18 months. These culminated in U.S. investment bank Lehman Brothers being allowed to go bankrupt in September 2008, triggering a world financial panic, deep recession and eventual rescue package by the U.S. government, Federal Reserve and the rest of the G20 economic powers.

The number of articles pointing out this historical milestone has proliferated over the last week. It’s not particularly positive for sentiment because it reminds investors that everything comes to an end and often in a manner deleterious to one’s financial health.

I believe it is arguable whether the recent escalation in North Korean brinksmanship or the 10th anniversary of the GFC is to blame for the softer tone on stock markets today but the answer is probably that it is a confluence of factors and not least since this is historically the silly season for news outlets.

What is certainly true is that the precious metals, Yen and Swiss Franc are benefitting from their status as traditional safe-haven assets. 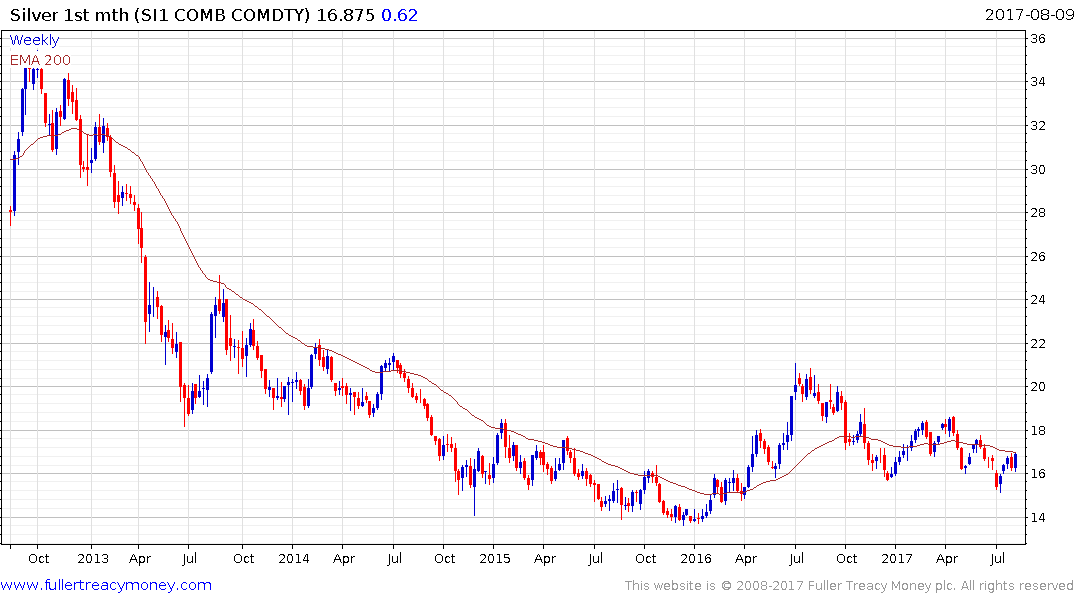 Silver has completely countermanded Friday’s downward dynamic and is back testing the $17 area. 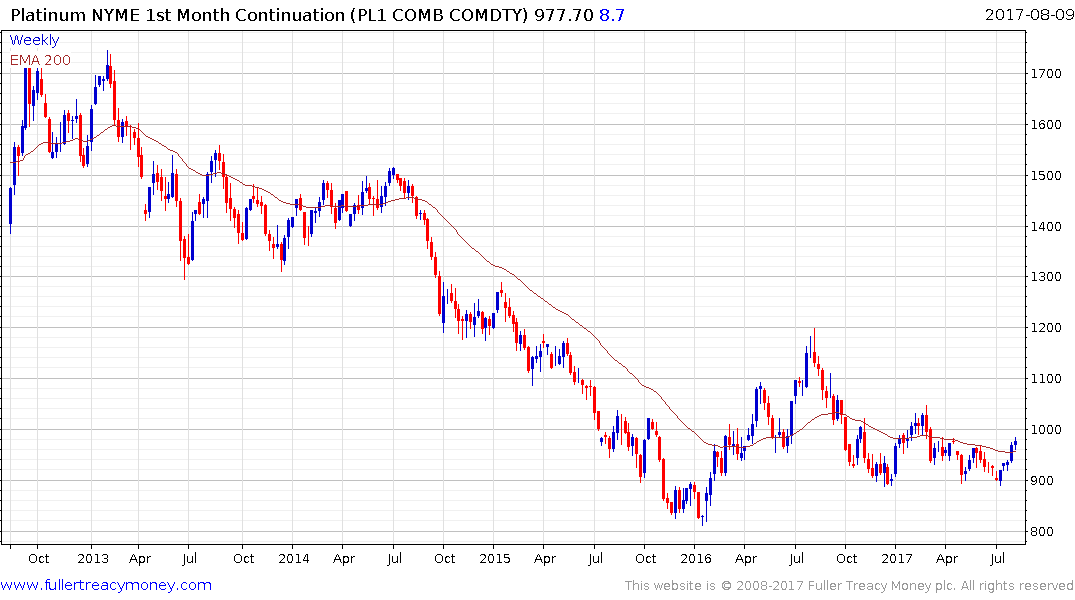 Platinum is trading back above the trend mean. While somewhat overbought following a four-week rally, a sustained move below the $950 area would be required to question potential for additional upside. 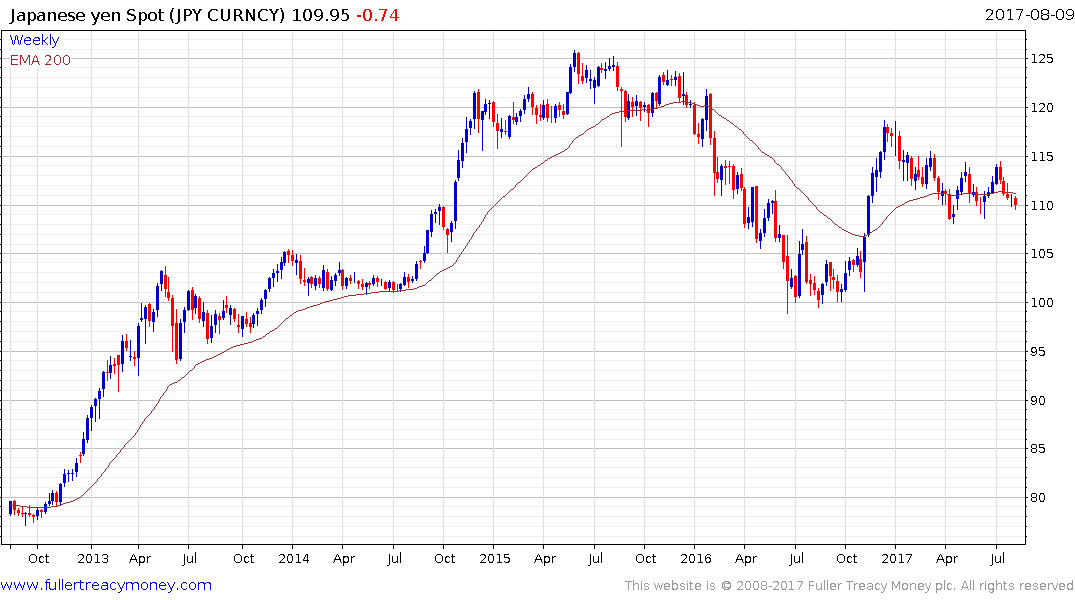 The Dollar has returned to test its progression of higher reaction lows against the Yen and will need to find support soon if potential for additional higher to lateral ranging is to remain a credible outcome.

Meanwhile it is also worth considering that 10-years after the onset of the GFC the majority of stock markets, with the exception of much of the Eurozone are trading well above their 2007 levels. That performance has been bought with extraordinary monetary largesse but economic growth is now improving on a synchronized global basis. 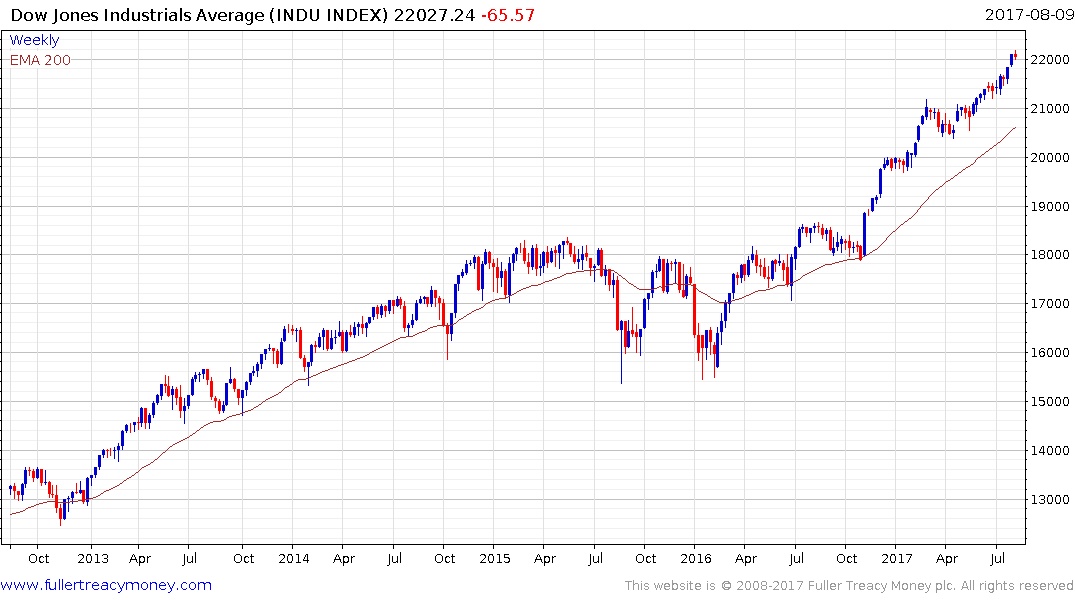 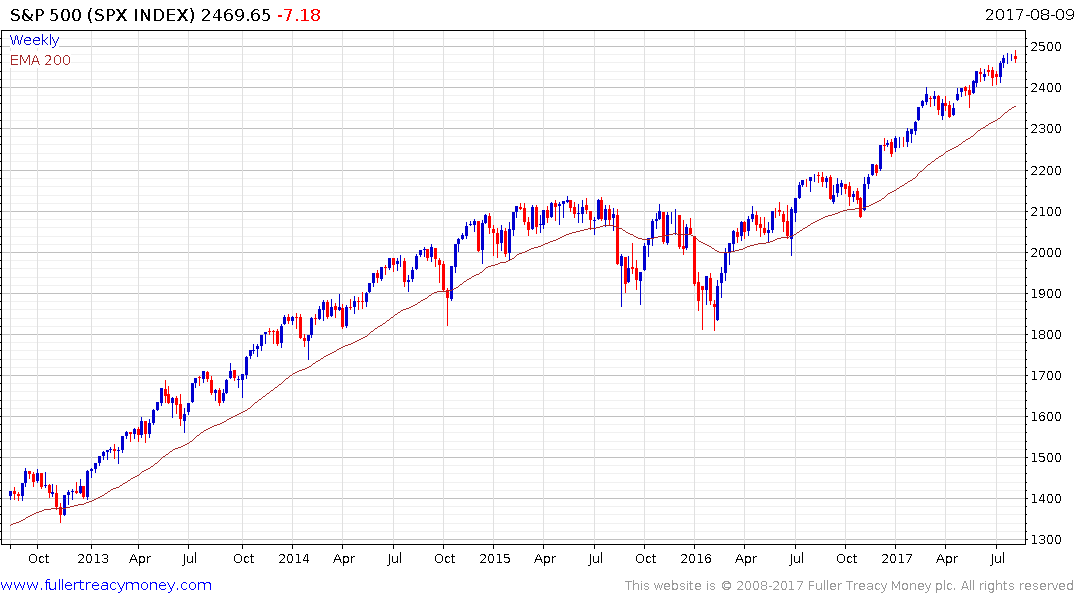 The major Wall Street indices are testing big round numbers with the Dow Jones Industrials near 22000, the Nasdaq-100 near 6000 and the S&P500 near 2500. These are natural areas where investors ask, “What’s next?” so some consolidation in these areas is not overly surprising. Sustained moves below their respective trend means would be required to question the consistency of their respective medium-term advances.