Smashing Atoms: The History of Uranium and Nuclear Power
Comment of the Day

Smashing Atoms: The History of Uranium and Nuclear Power by Eoin Treacy

Although uranium mining is a global activity, only a handful of companies account for the majority of production.

The top 10 uranium mining companies accounted for 85% of global production in 2020.

The demand for this uranium come from nuclear reactors around the world.

There is no groundswell of support for a new massive round of reactor building. At least, not yet. The anti-nuclear lobby has been incredibly successful in pushing their agenda, over the last sixty years, and not least because of the Cold War and the threat of mutually assured destruction.

That risk is still present today, particularly because of efforts to develop first strike hypersonic weapons. That will be the case regardless of nuclear power’s position in the energy mix. The big challenge today is there is the real potential that the promise of electric vehicle market penetration will be realised. Most countries electricity networks are in no way prepared for the demand surge that represents.

There has been a great deal of enthusiasm for building wind and solar farms. The challenge is that building weather dependent supply when you believe weather patterns are going to change does not make sense. Of course, just because a project has built in logical inconsistency has never been a cause to stop once political decisions have been made. 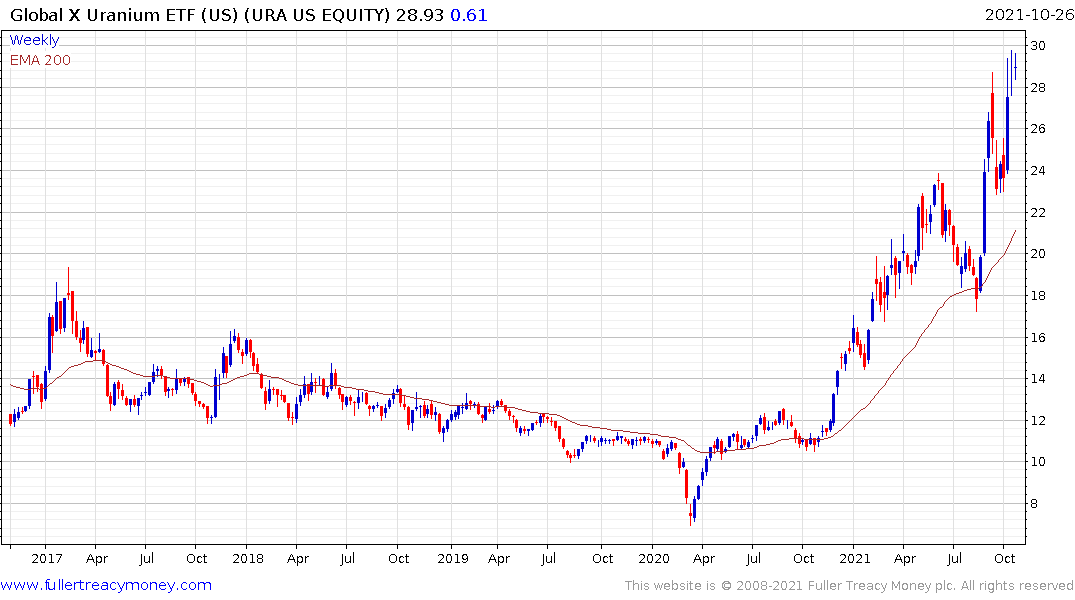 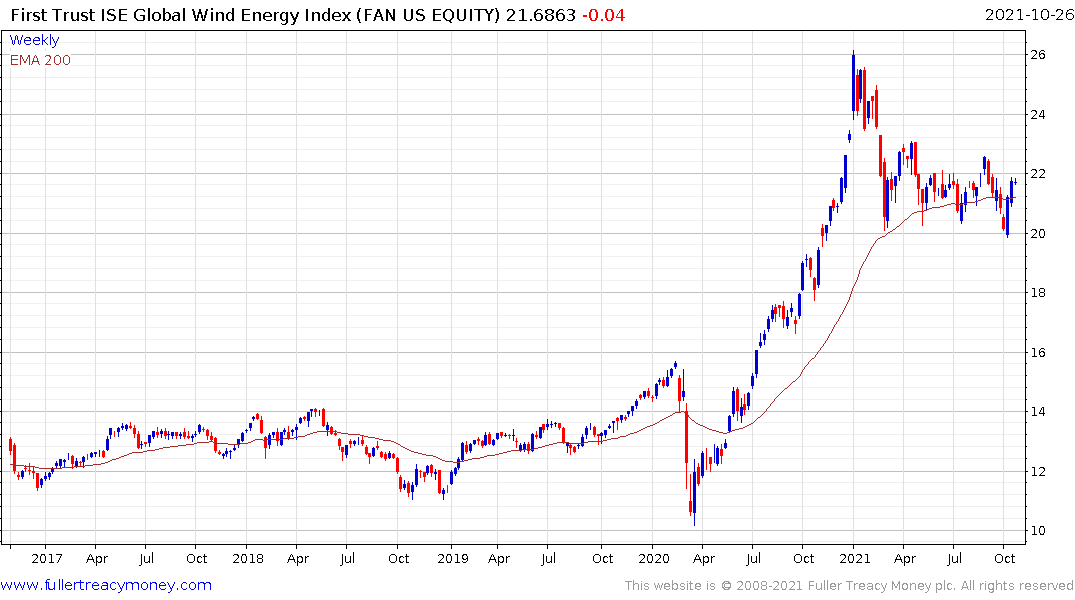 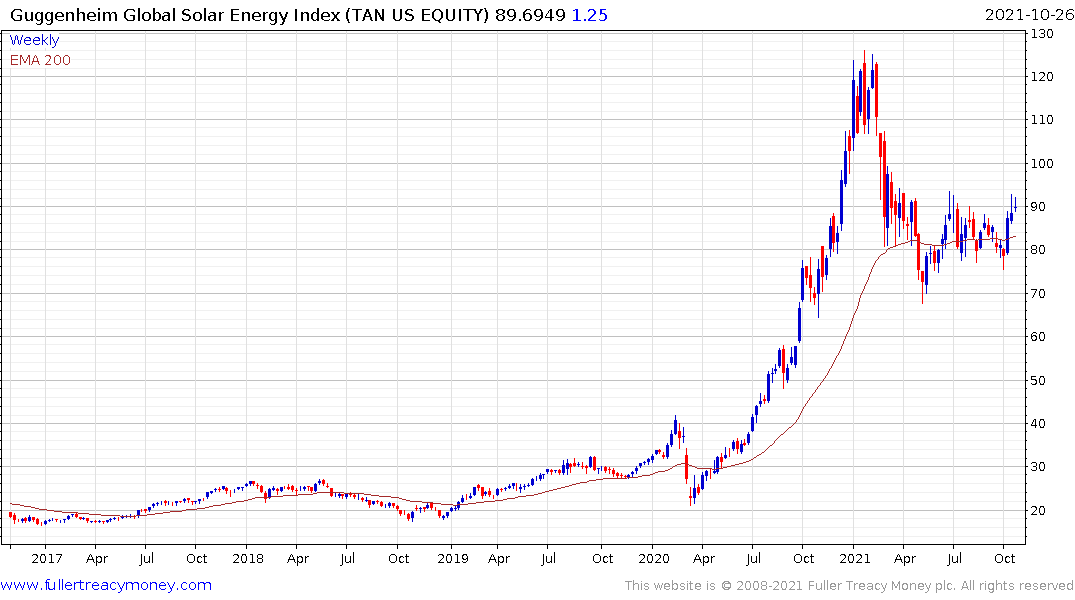 The market, however, may be waking up to this argument. The Global X Uranium ETF is now outperforming bot the wind and solar ETFs.

Something that has been at the back of my mind for the last couple of years is that low interest rates promote fragility whereas high interest rates require robust solutions.

The global supply chain, intermittent energy supply and electronics that need to be replaced every few years, companies spending more on buying back shares than investing for the future are emblematic of a fragile business model enabled by low interest rates.

The majority of nuclear reactors were built between 1970 and 1990 which was a time of high interest rates where robust long-term solutions were desirable and necessary to justify investment. High interest rates raise the bar for what is investable. Historically, that’s why value has prospered in a high interest rate world. These kinds of companies offer surety that your investment will be OK.

That suggests the uranium story is as much about interest rates as it is about technological improvements and new small modular designs.