With higher chicken prices and lower feed costs, the industry has been “operating under the most advantageous conditions possible,” Francesco Pellegrino, a New York-based analyst for Sidoti & Co LLC, who recommends buying Sanderson Farms shares, said in a telephone interview yesterday. He doesn’t cover Pilgrim’s Pride. Short interest has risen because investors are questioning how much longer “peak” conditions can persist, he said.

Whole chickens sold by farmers in Georgia, the biggest producing state, rose 9.4 percent this year to an all-time high of $1.14 a pound, which has held through much of November. A retail gauge of composite wholesale-chicken prices has climbed 24 percent this year to average 90.404 cents a pound in October, USDA data show.

Chicken production will climb 3 percent next year to an all-time high of 39.206 billion pounds, the USDA forecasts.

That’s at least 65 percent higher than estimated beef or pork output. A USDA index of chicken-feed costs was 24 percent lower in September than a year earlier as American farmers collect record corn and soybean crops.

While there is no futures contract for chicken we do have the price of boneless chicken breast in the Chart Library Library. Prices have been volatile but a progression of higher reaction lows is evident since 2008 and a sustained move below 180 would be required to question medium-term potential for continued higher to lateral ranging. 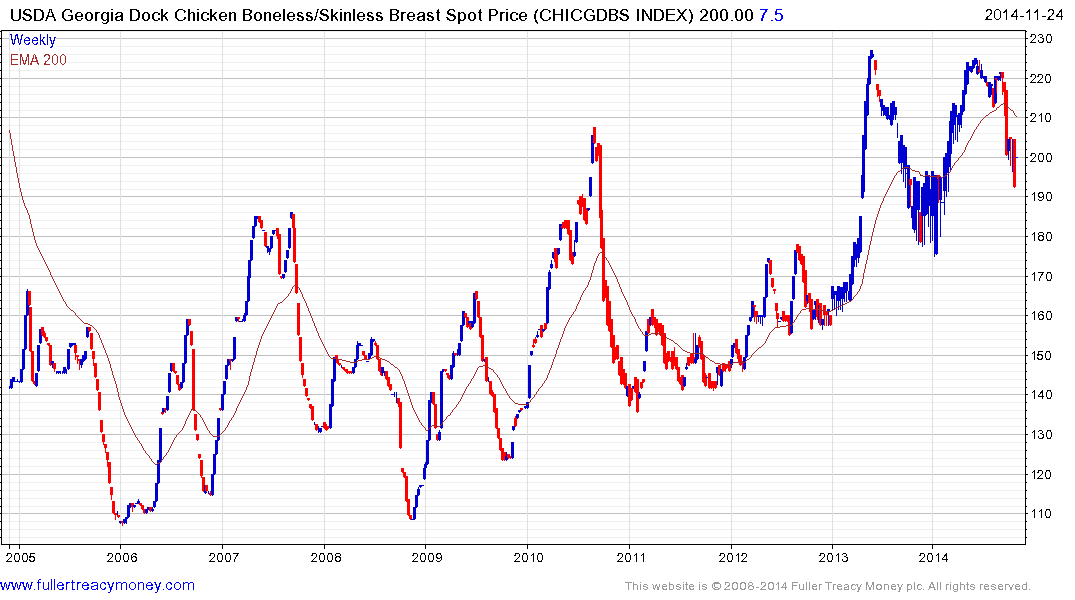 Feeder Cattle prices have surged on a lack of supply and this has contributed to increasing demand for poultry. An unwind of the overextension relative to the 200-day MA is looking increasingly likely but the market is still in backwardation and it will take time to rebuild the herd. 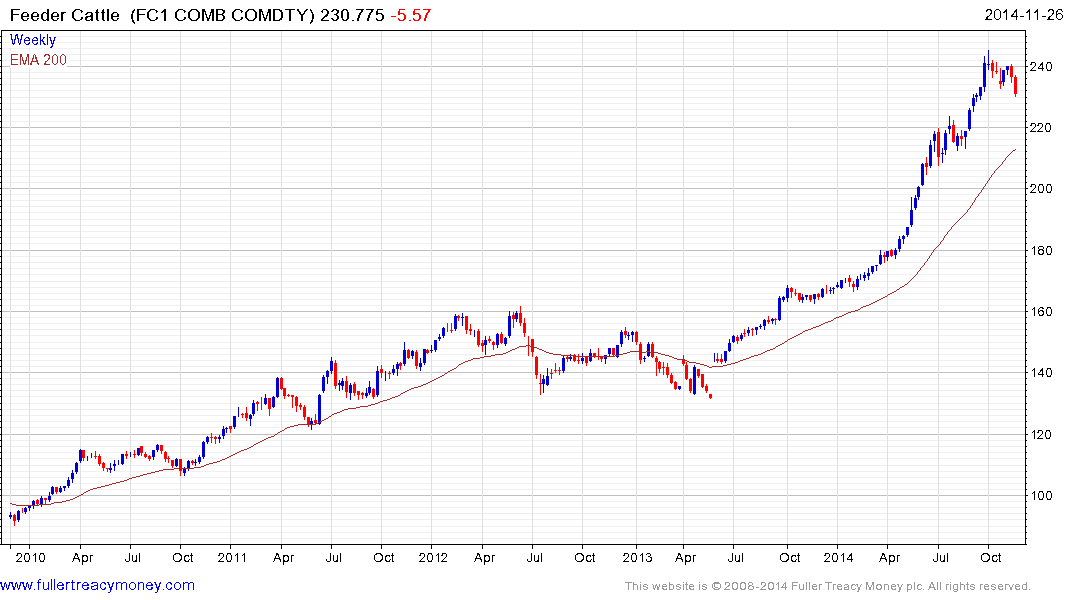 Lower energy prices are a bonus for farmers and this should translate into better margins in the coming quarters. 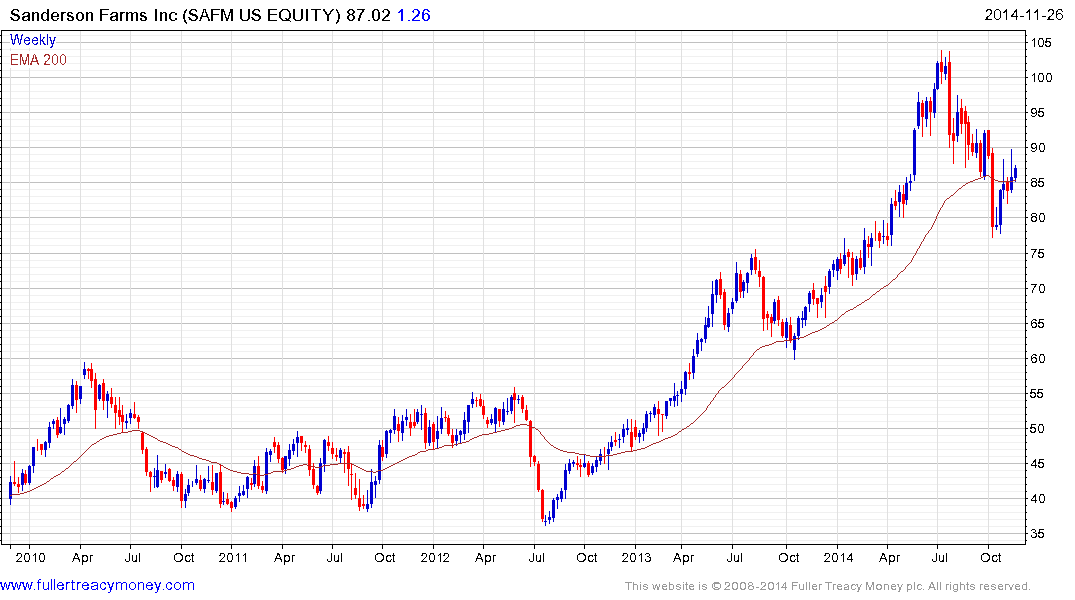 Sanderson Farms hit a medium-term peak in July following an accelerated advance and found support in October near the 2013 peak. It has since rebounded to test the short-term progression of lower rally highs and will need to hold the $77 level on the next pullback if a return to demand dominance beyond the short term is to be given the benefit of the doubt. 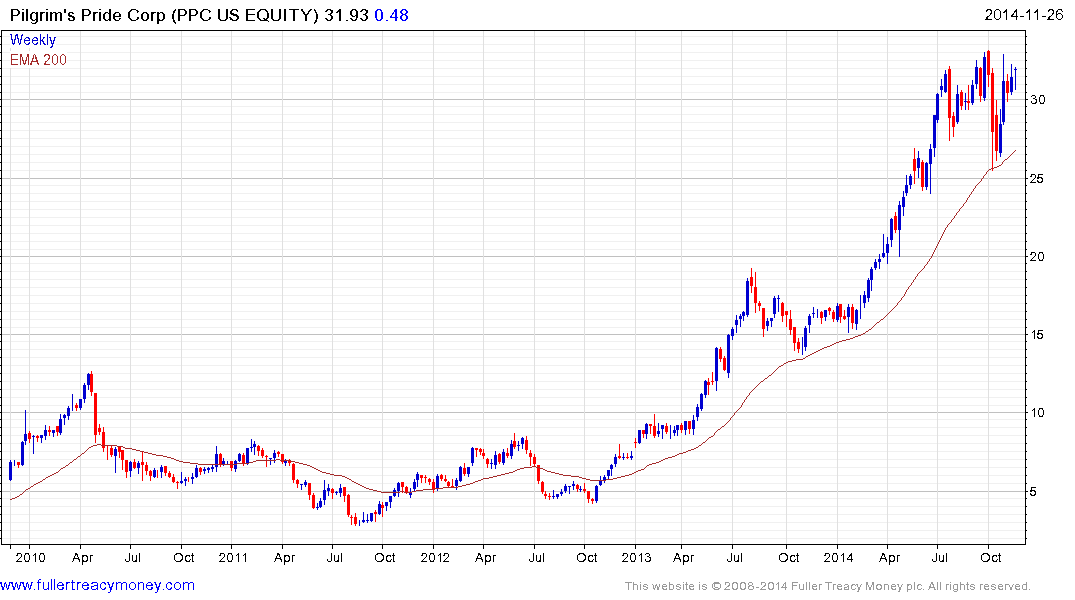 Pilgrim’s Pride found support in the region of the 200-day MA in October and has rebounded to test the peak. A sustained move below the trend mean would be required to question the consistency of the medium-term uptrend. 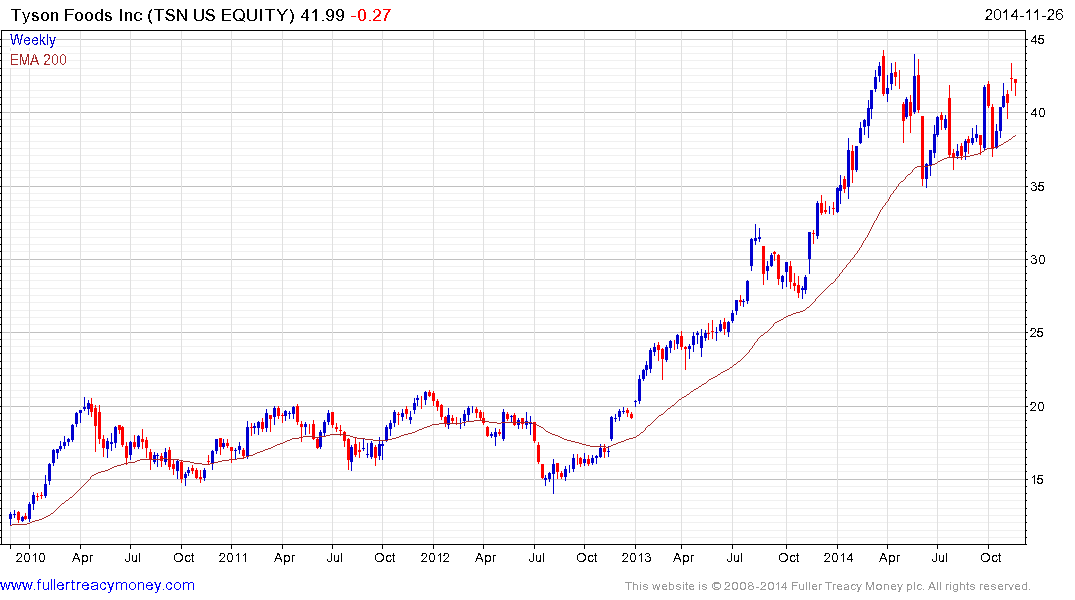 Tyson Foods has been ranging above the 200-day MA for much of the year and will need to continue to find support near that level if the benefit of the doubt is to continue to be given to potential for additional medium-term upside. 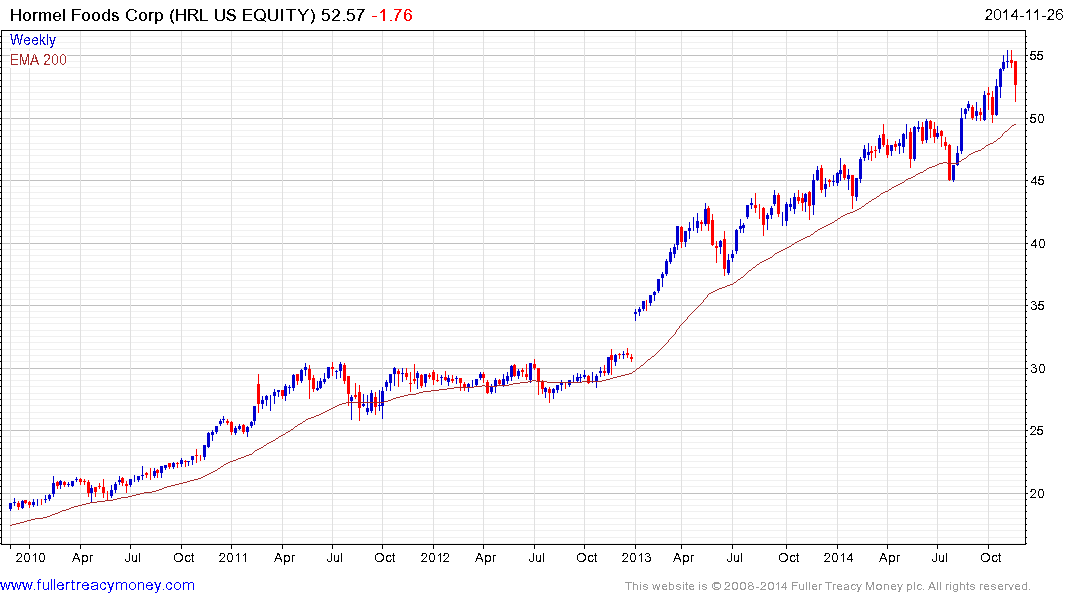 Hormel Foods is not in the poultry sector specifically but the share is an S&P500 Dividend Aristocrat and has been trending consistently higher for a number of years. A sustained move below the 200-day MA, currently near $60, would be required to question medium-term scope for additional upside. 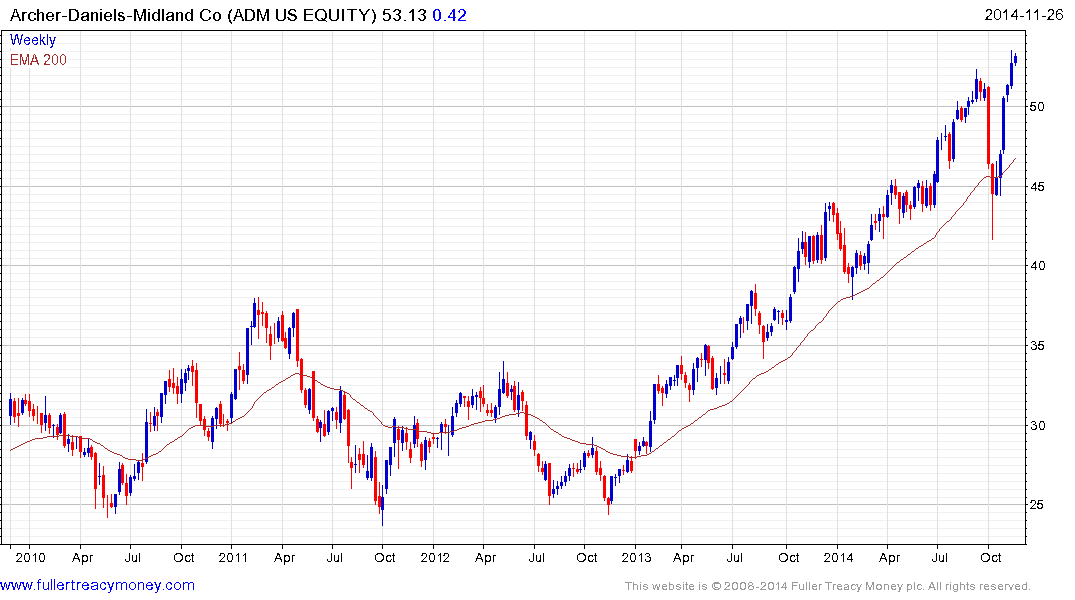 Elsewhere in the agriculture sector, ADM is also an S&P500 Dividend Aristocrat and has rebounded impressively from the October lows to post new highs. Some consolidation of recent gains is looking increasingly likely but a sustained move below the 200-day MA would be required to question medium-term scope for additional upside. 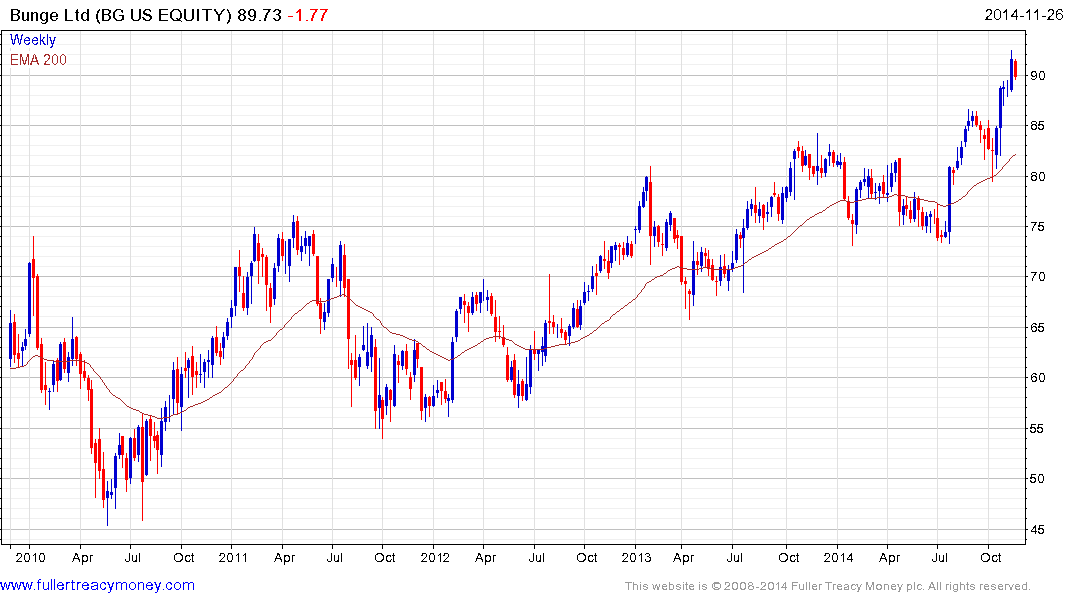 Bunge is a Dividend Contender which means it has been raising its dividend for at least 7 years. The share has held a progression of higher reaction low since 2008 and the pace of the advance is beginning to pick up. A sustained move below the 200-day Ma would be required to begin to question medium-term scope for additional upside.