The S&P Europe 350 Dividend Aristocrat Index has less stringent requirements for entry than the US Index with only 10 consecutive years of dividend increases needed for entry. This results in much more volatility in the makeup of the Index. Additionally, the other less mentioned requirements for entry, such as requisite free float and liquidity play a greater role for the European index. This means that companies such as Astra Zeneca, Essilor International and Enagas have been dropped only to be added back in later.

I originally began to keep a record of former constituents of the Dividend Aristocrat indices because I noticed that companies often moved to positions of outperformance following their ejection. Occasionally, a company dropped out because its liquidity was too low or because it failed to raise the dividend for a single year. However these proved temporary aberrations and the shares shook off this hiccup and moved to new highs. Both the constituents of the S&P Europe 350 Dividend Aristocrats Index and the former constituents can now be found in the International Equity Library.

An additional consideration is that the UK represents by far the largest and most liquid market in Europe and UK companies have a greater tradition of paying out dividends. The result is that UK listed companies dominate the Index with 26 of the 45 listings.

Despite the fact that the S&P Europe 350 Total Return Index has only taken out its 2007 high in the last couple of months, the S&P Europe 350 Dividend Aristocrats Total Return Index achieved that feat in 2012 and continues to trend higher. The pace of the advance has picked up of late and the Index is currently quite overextended relative to the 200-day MA, suggesting mean reversion is increasingly likely. Nevertheless, a sustained move below the trend mean would be required to question the medium-term uptrend.

Among the more notable constituents: 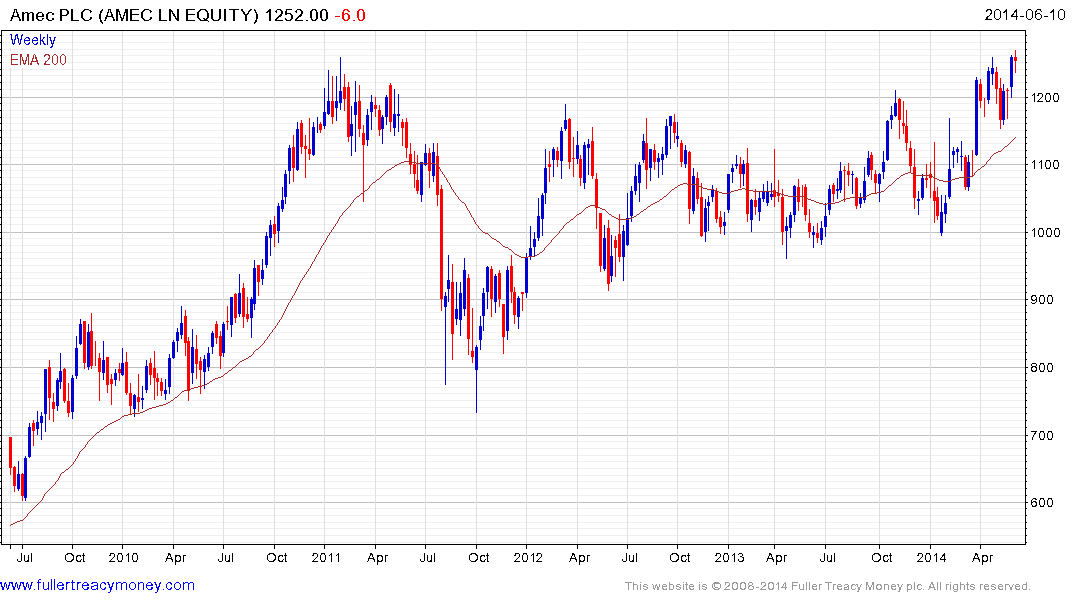 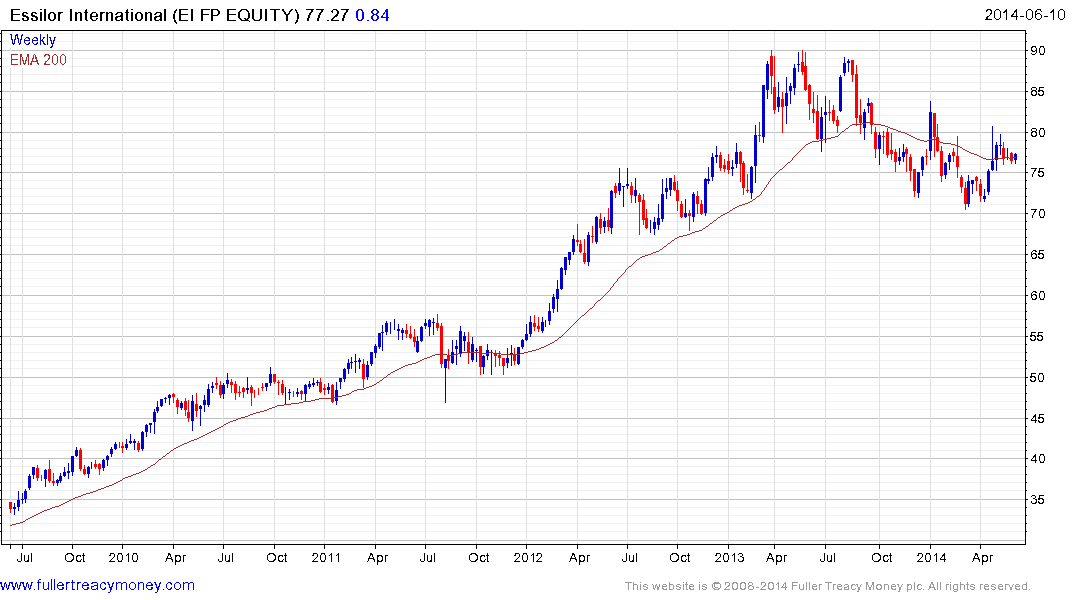 Essilor International has held a progression of lower rally highs for the last year but found support in the region of the 200-day MA over the last month. A sustained move above €80 would help confirm a return to demand dominance beyond the short term. 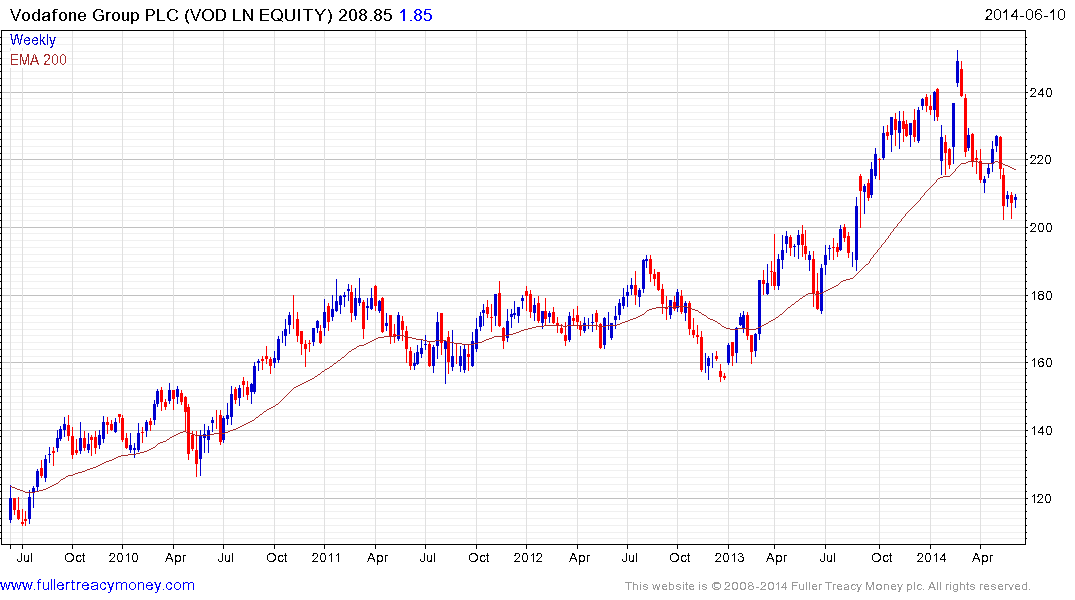 Vodafone has returned to test the psychological 200p region, following its earlier advance which was predicated on M&A speculation. It will need to at least hold here and sustain a move back above the MA in order to bolster investor confidence that the decline has run its course. 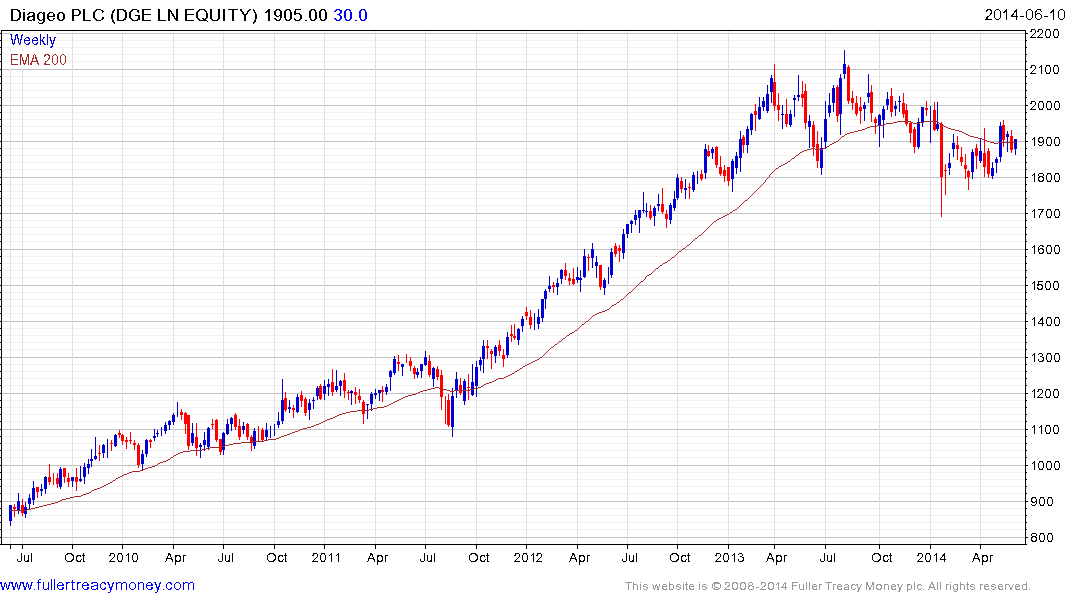 Diageo has held a progression of higher reaction lows since January but will need to sustain a move back above 2000p in order to suggest a return to medium-term demand dominance. 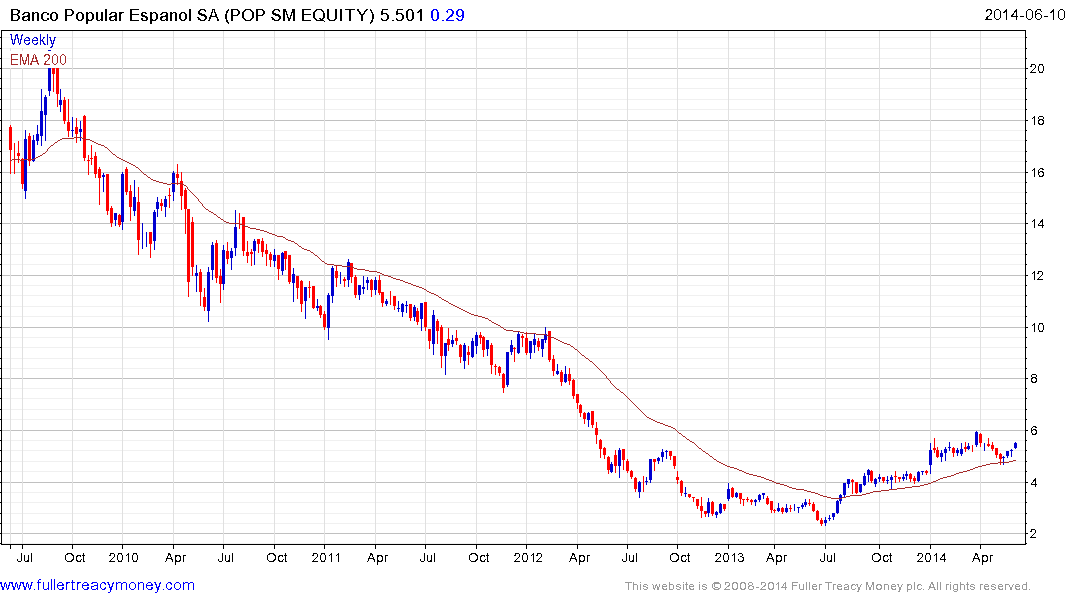 Banco Popular Espanol found support last month in the region of the 200-day MA and a sustained move below the trend mean would be required to question recovery potential. 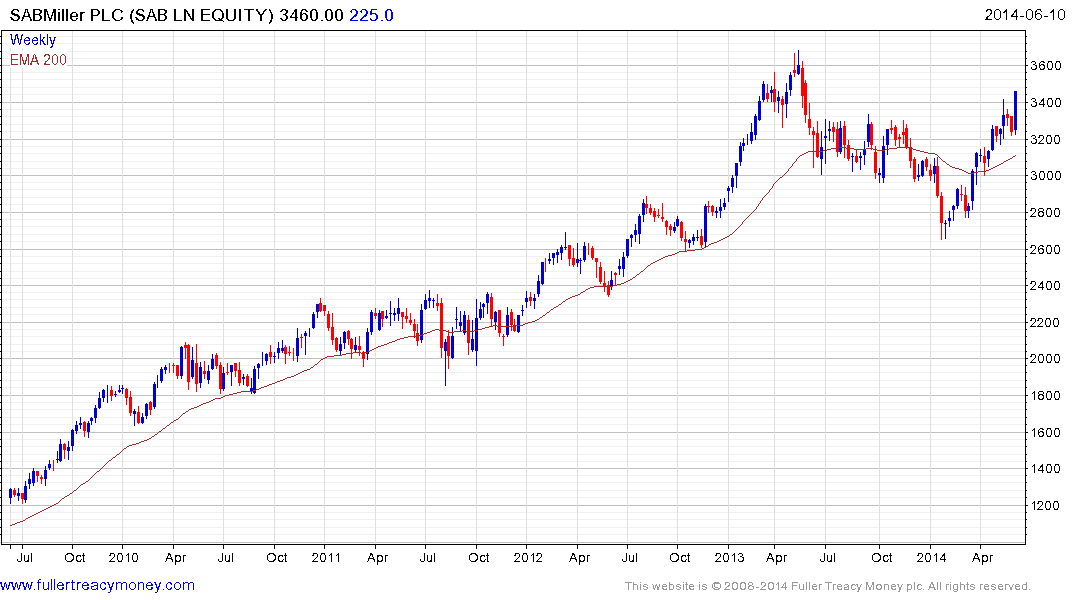 SABMiller rallied to break a yearlong progression of lower rally highs by May and continues to extend the advance towards last year’s peak. A sustained move below the trend mean, currently near 3150p, would be required to question medium-term upside potential. 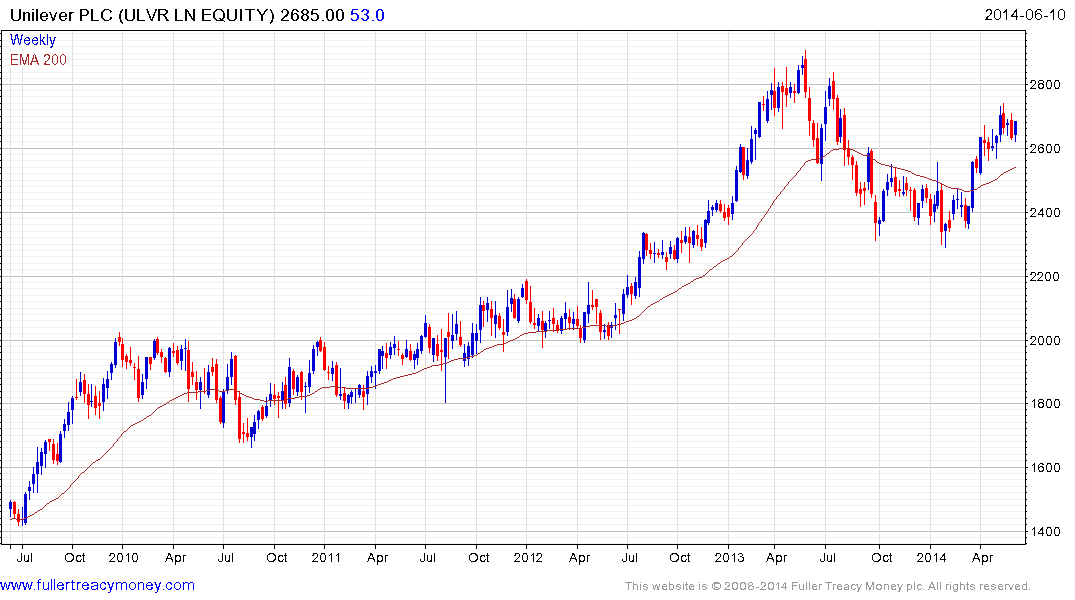 Unilever has a similar pattern. 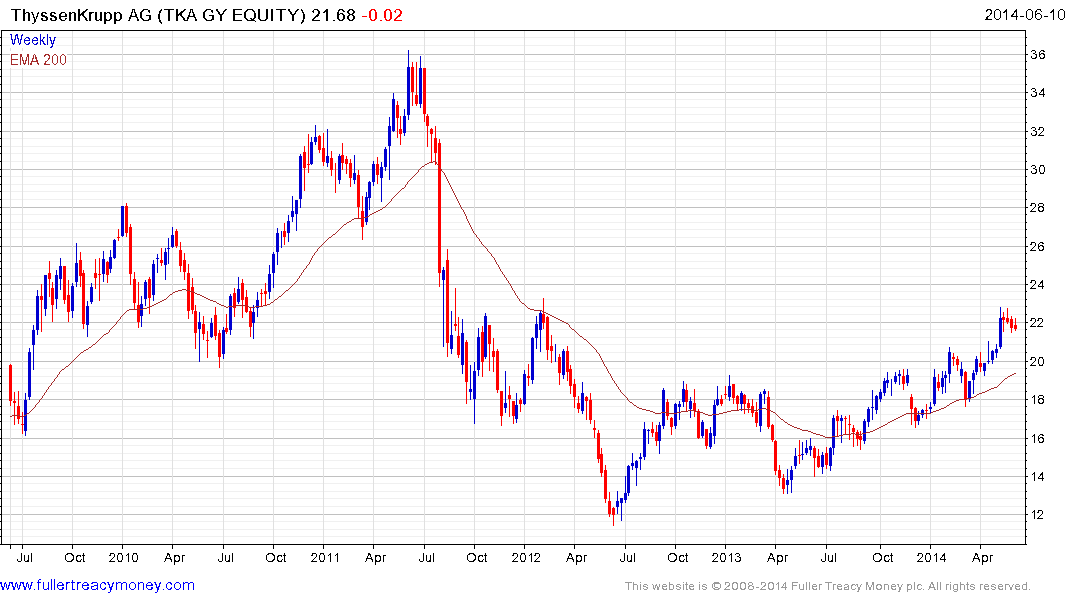 ThyssenKrupp has held a progression of higher reaction lows for more than a year and is now testing the €22 area; which has been an area of resistance since 2011. A sustained move below €20 would be required to question recovery potential.