Rousseff Has 42% Support in Brazil Runoff; Silva 41%
Comment of the Day

Rousseff Has 42% Support in Brazil Runoff; Silva 41% by Eoin Treacy

President Dilma Rousseff and Marina Silva still stastistically tied, according to MDA poll published on CNT’s website.
In previous poll released Sept. 9, Marina Silva had 45.5% support in runoff vs 42.7% for Rousseff
In 1st round, Rousseff would win 36% of votes vs 27.4% for Silva and 17.6% for Aecio Neves

Speculation in the Brazilian stock market has ebbed and flowed along with the prospects of incumbent Dilma Rousseff losing next month’s Presidential run-off. Rather than especially favouring Marina Silva investors appear to have adopted an “anyone but Rousseff” preference. In all likelihood the October 5th election will result in a run-off which will take place on October 25th. 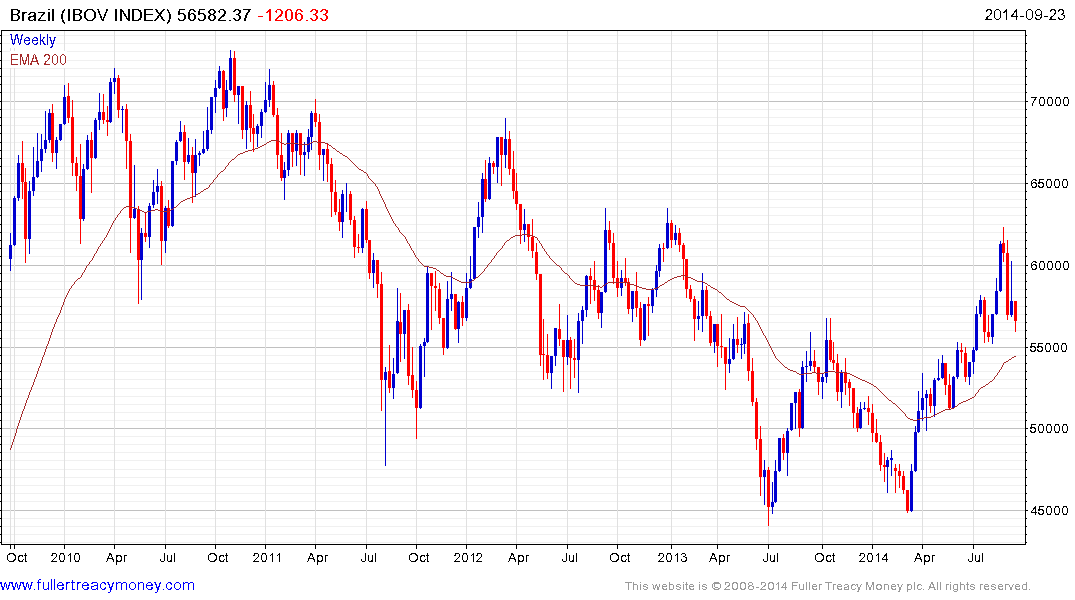 Over the last three weeks the Bovespa Index has unwound its short-term overbought condition relative to the 200-day MA and will need to hold in the 55,000 level if medium-term recovery potential is to continue to be given the benefit of the doubt. 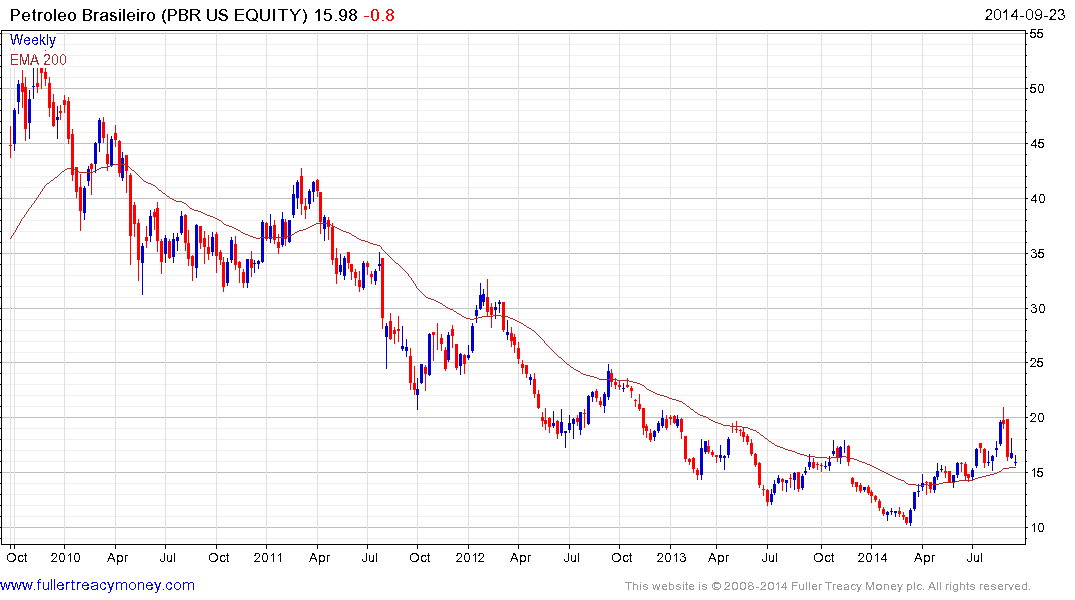 Petrobras has been among the most popular vehicles for expressing a view on the Brazilian election. The share rallied to break a five-year downtrend in August and has returned to test the region of the 200-day this month. It will need to find support in the $15 region if recovery potential is to continue to be given the benefit of the doubt.