The job market is giving consumers the wherewithal to keep spending. Payrolls grew in July by 215,000 workers following a 231,000 gain in the prior month, and the jobless rate held at a seven-year low of 5.3 percent

Low energy prices and cheaper imports have acted as an enabler for consumers which has helped Consumer Staples shares retain a position of relative strength. However, that does not negate the fact the retail sector remains intensively competitive particularly between bricks and mortar stores and online platforms. This has forced the former to open e-commerce sites while some youth oriented brands now maintain physical locations so potential customers can try on items but then buy them online. 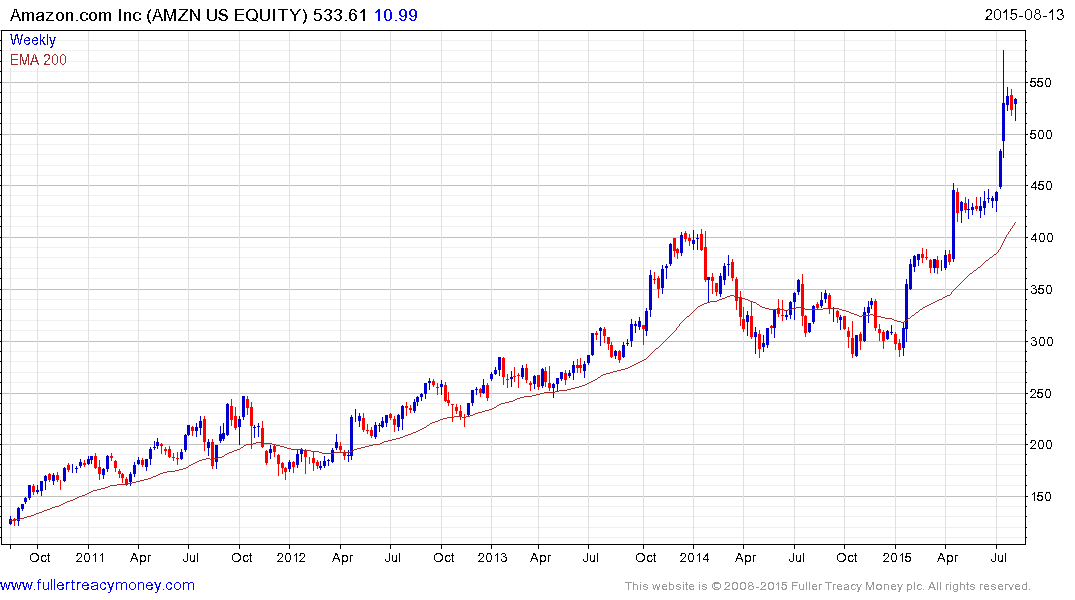 Amazon (Est P/E 352, DY N/A) has successfully focused on market share rather than profits which retarded the share’s performance between 2013 and early this year. It broke out following a positive earnings announcement and a sustained move below the 200-day MA would be required to question medium-term upside potential. 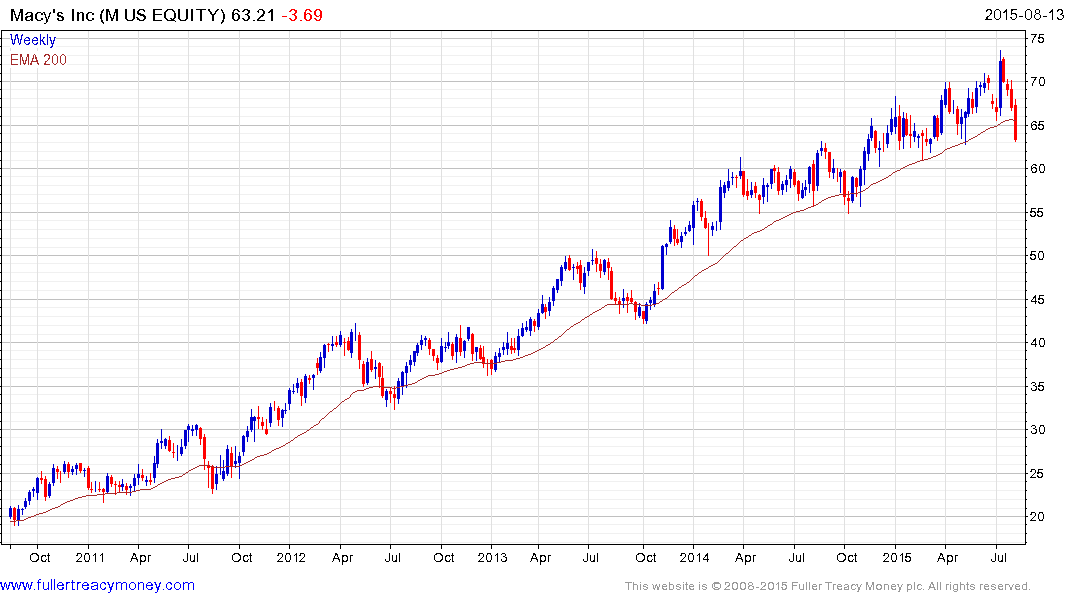 Macy’s (Est P/E 13.78, DY 2.26%) has been trending consistently higher since 2009 but dropped this week to break the medium-term progression of higher reaction lows. This is not the first time the share has traded below the 200-day MA but on every other occasion it has bounced emphatically. A clear upward dynamic will be required to signal a similar return to form on this occasion. 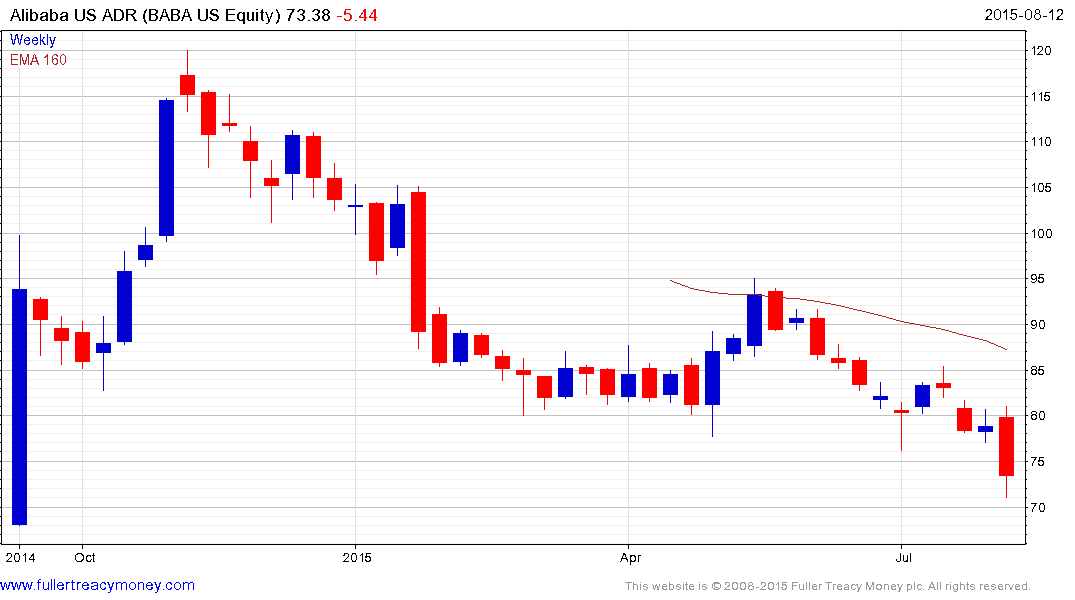 A number of China watchers look at Alibaba (Est P/E 28.61, DY N/A) as a barometer of retail health in that country. The company had disappointing earnings this week but has rebounded from its low and a sustained move below $70 would now be required to question potential for mean reversion.