Replaced His Acura's Windshield. Then the Self-Driving Feature Tugged Him Into Oncoming Traffic
Comment of the Day

Replaced His Acura's Windshield. Then the Self-Driving Feature Tugged Him Into Oncoming Traffic by Eoin Treacy

“I thought [the repair} was a pretty standard procedure,” Ash told CBC News. But after the repair was completed, when he went to drive the car, “It was actually pulling me into oncoming traffic. … it was a startling feeling to have the steering wheel actually pulling you into traffic.” Ash said he was able to control the car and get it back into lane.

According to Ash, a technician at the glass shop pointed at the camera, but Ash doesn’t recall hearing that person suggesting having the camera re-calibrated, which would most likely be at the dealership. Ash told CBC there was fine print in the invoice that talked about having the camera re-calibrated — fine print being the thing almost no one ever reads until there’s a problem. And the manual, which many people do read, says nothing about this.

It is to be hoped that assassinating the driver for using an independent vendor is a bug rather than a feature of self-driving cars. On a more serious note the obvious path to profitability for car companies is to make money on maintenance and repairs if they are constrained by the profitability of the vehicles. That is particularly relevant for electric cars where companies are losing money on every vehicle.

The Bloomberg World Auto Manufacturers Index has been trending lower since early this year and has now broken its progression of higher reaction lows. The trend since 2019 has been jerky to say the least so occasional bouts of volatility are to be expected but the current action suggests another medium-term correction is underway. 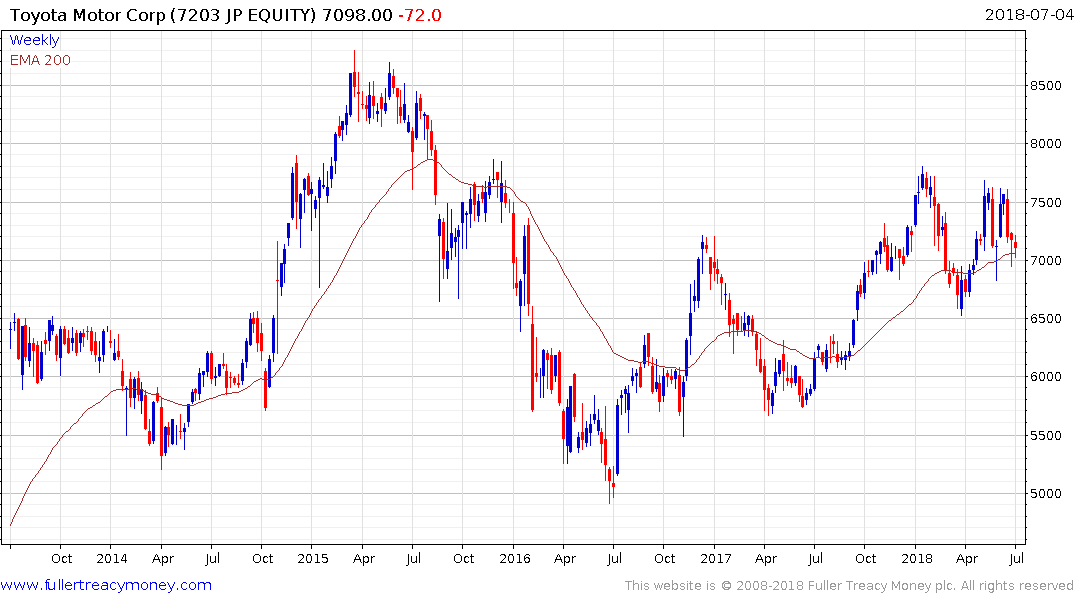 Interestingly this index is heavily weighted (21%) by Toyota but does not include Volkswagen which says a lot about the bias of the Index compilers and their definition of the world’s “leading” auto manufacturers. 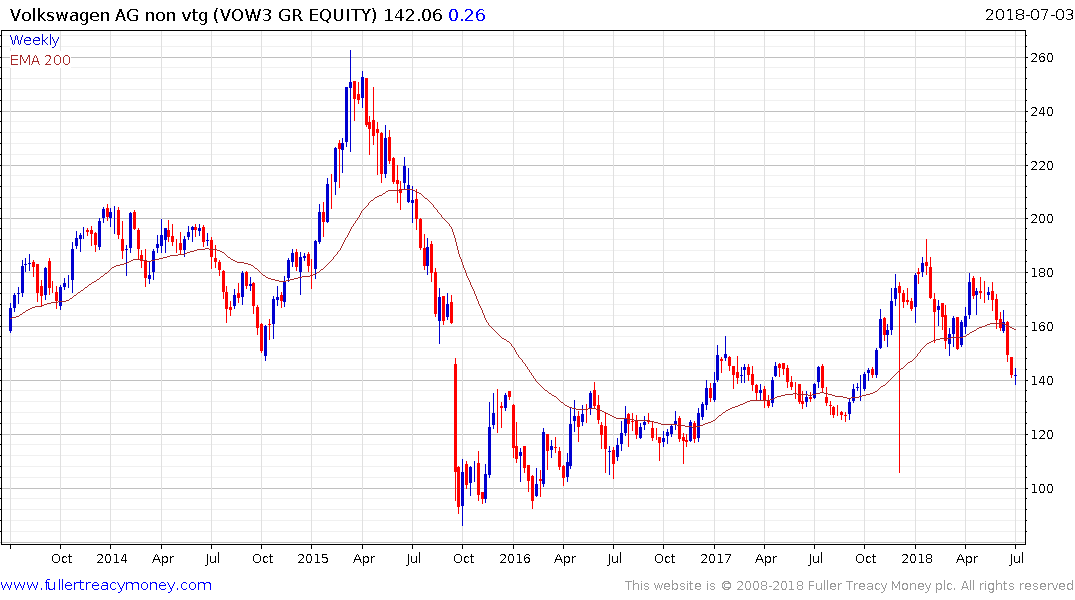 Geely Automobile Holdings was the best performing auto manufacturing stock from the 2016 lows but is now in the process of completing a Type-2 top with righthand extension. 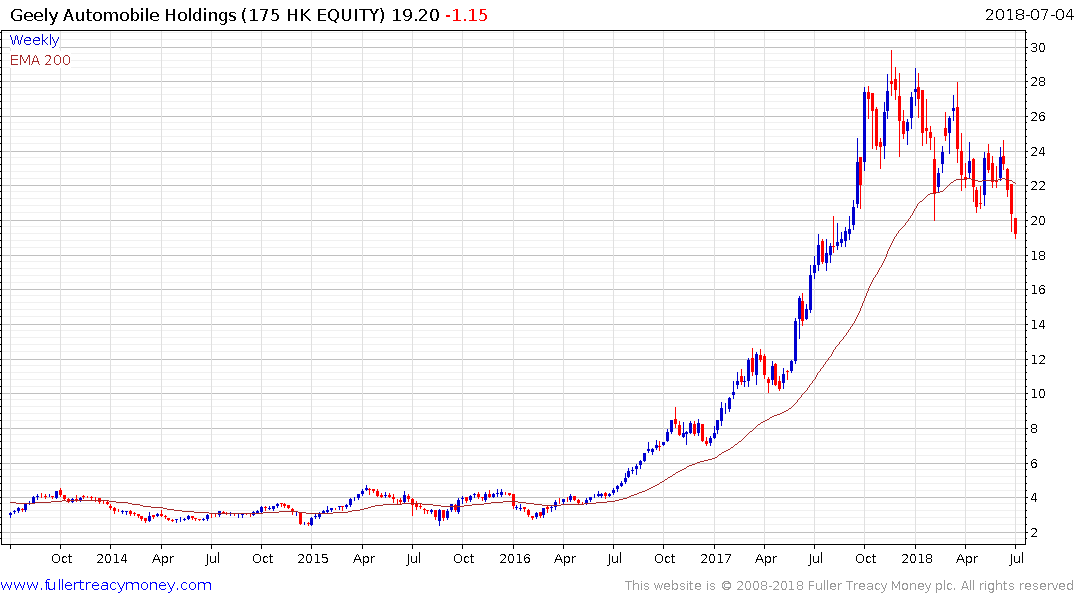