Rajan is boosting reserves to counter any volatility in outflows amid slowing growth in China and prospects that the Federal Reserve will consider raising U.S. interest rates. The rupee, down 0.4 percent this year in Asia’s worst performance, slumped to a record in August 2013 as indications the U.S. would curtail monetary stimulus spurred investors to pull back from emerging markets.

“With flows coming back into the market, the RBI has been there and buying at every dip,” said Rohan Lasrado, Mumbai-based head of foreign-exchange trading at RBL Bank Ltd. “Speculators who see that the RBI has the firepower will not try to depreciate or take advantage of the situation, compared to earlier times when reserves were low and India saw outflows.”

India has a sound pair of hands in its central bank governor who was appointed following a particularly dire period when the Rupee was accelerating lower. Over the last two years he has allowed the currency to trade back towards its 2013 nadir as the policy of reserve accumulation took its toll. A break in the Dollar’s progression of higher reaction lows, currently  in the region of INR65.6, would signal a return to Rupee demand dominance. 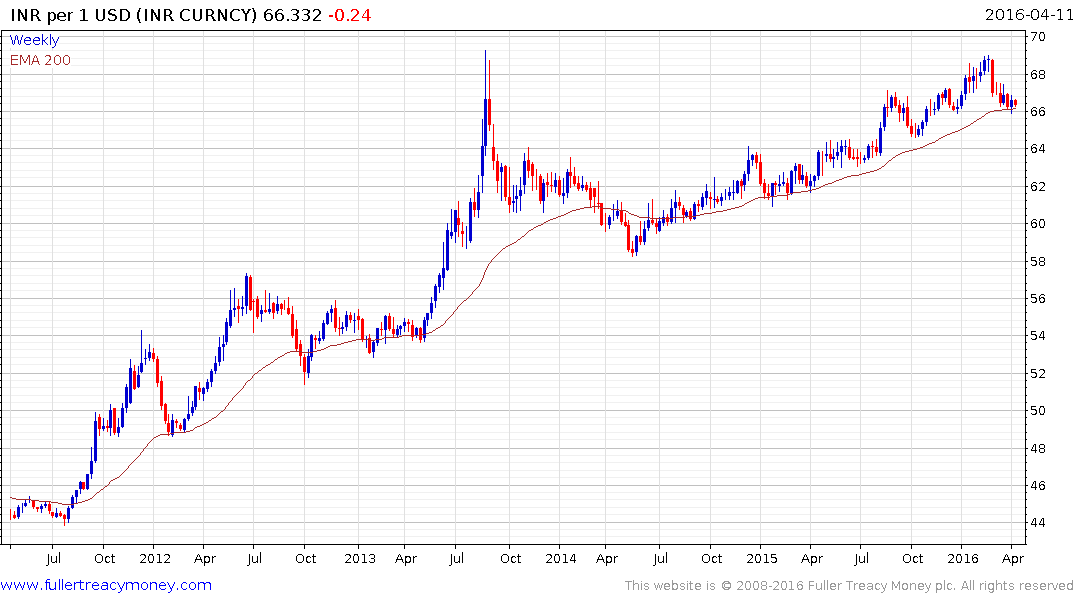 The Bombay Banks Index has been trending lower since early 2015 and is now testing the region of the trend mean and the progression of lower rally highs. A sustained move above 19,000 would signal a return to demand dominance beyond the short term. 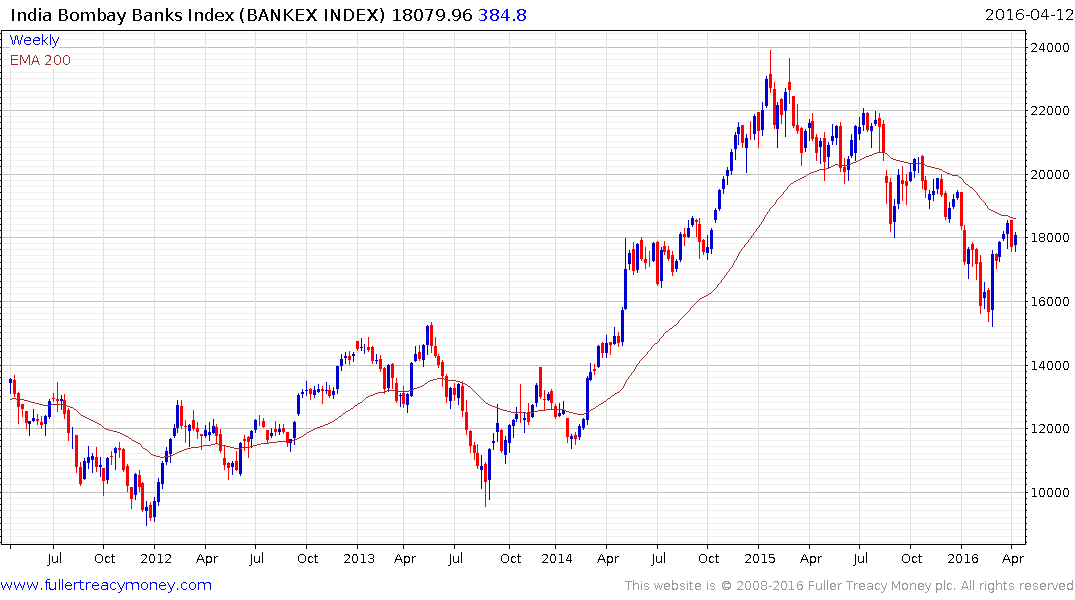 The Nifty Index has a similar pattern but steadied impressively yesterday to form an outside day and followed through to the upside today. A sustained move above 7800 would break the medium-term downtrend. 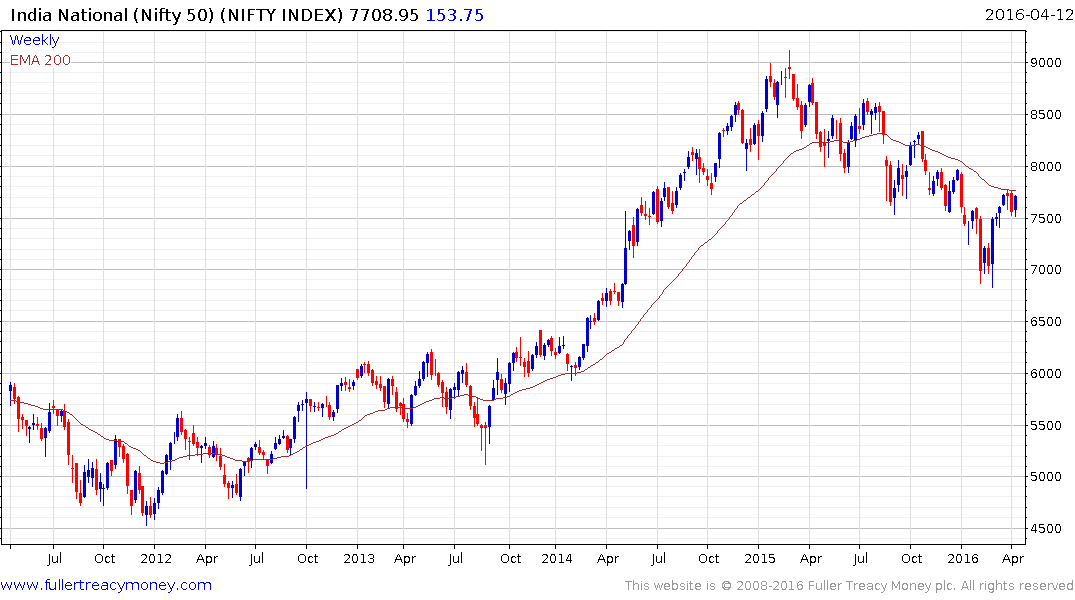