Beta is back by Eoin Treacy

The result of the improvement in the gold sector’s operating performance and the higher sensitivity of earnings and cash flows to the gold price has been an increase in the beta of the gold company share prices to a rising gold price.

As the title of this newsletter indicates: the beta is back. This can be seen in the charts opposite with the beta of gold equities to the gold price rising from 0.9 in 2011, to nearly two in the last three months (to end February 2014).

Over the last year, gold miners have been forced to reform profligate spending practices by cancelling expansion, firing non-core personnel and refocusing on their all-in costs. These moves have been made in response to investor dissatisfaction with the gold mining sector that had deserted it in favour of ETFs. 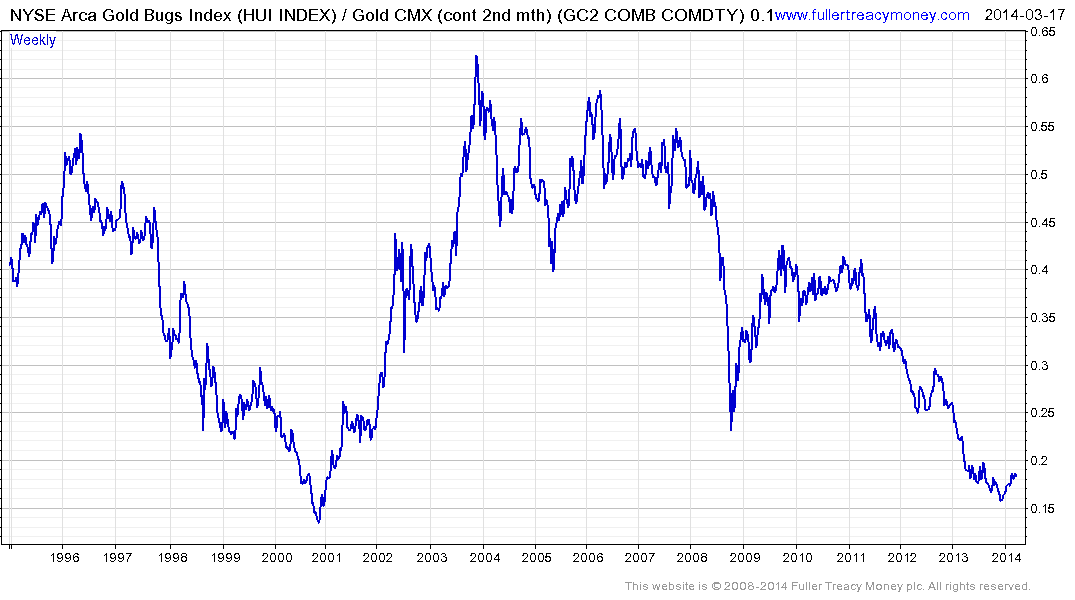 Enhancing corporate governance is a response to the rising cost of production and declining margins. If we draw a parallel with the oil sector, the evolution of hydraulic fracturing began in response to an environment where margins in the energy sector were being squeezed and producers were left with little choice but to innovate or disappear. While Anglogold Ashanti’s reef-boring technology is still developing it holds the promise of doing for mining what hydraulic fracturing did for natural gas production.

On the one hand this should be positive for miners in the early stages of the development of this technology because margins will increase and ore grades will improve. Since the NYSE Arca Gold BUGS Index is currently rallying from its lowest level relative to the gold price since 2001, it is reasonable to describe the sector as cheap.

Generally speaking relative strength at this stage of the cycle is consistent with the fact that the better performers are being rewarded by investors for taking the necessary steps to enhance value. Laggards generally lag for a reason.

Sibanye Gold, Franco Nevada, AngloGold Ashanti, Randgold Resources and Royal Gold are among the leaders in this move. 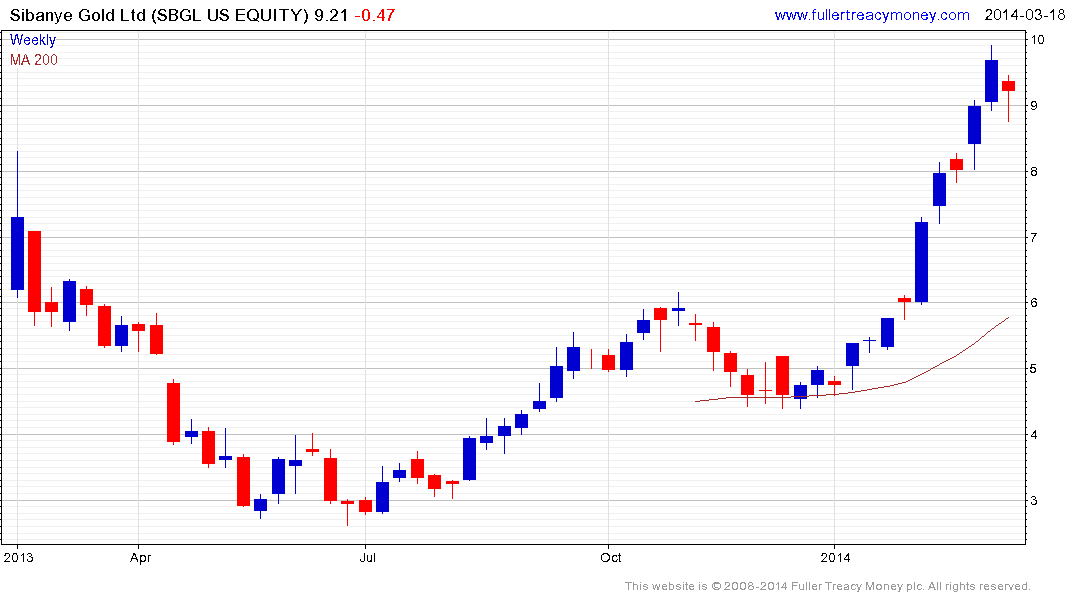 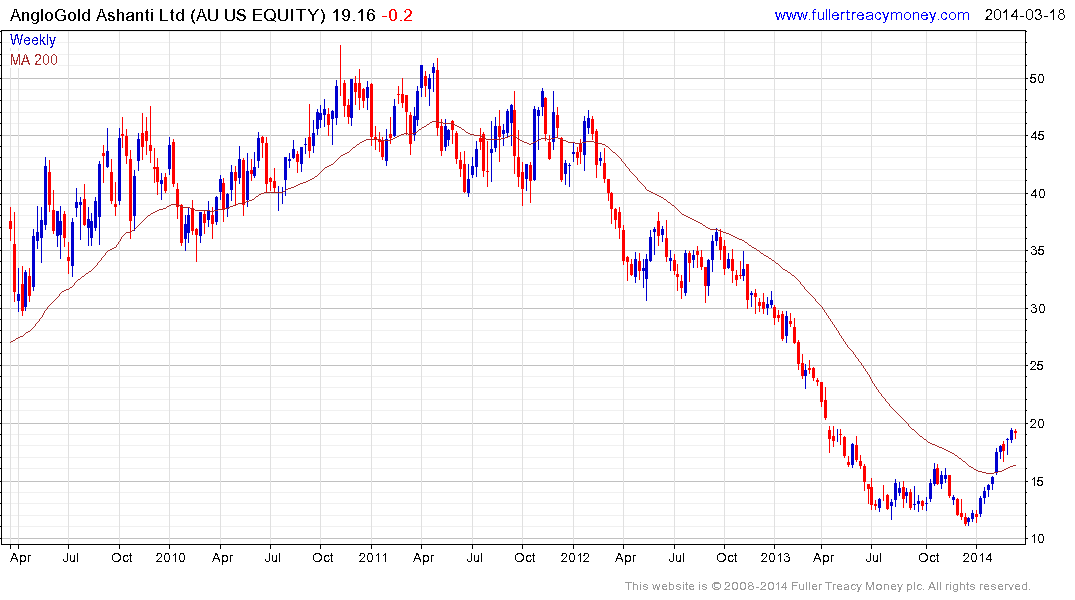 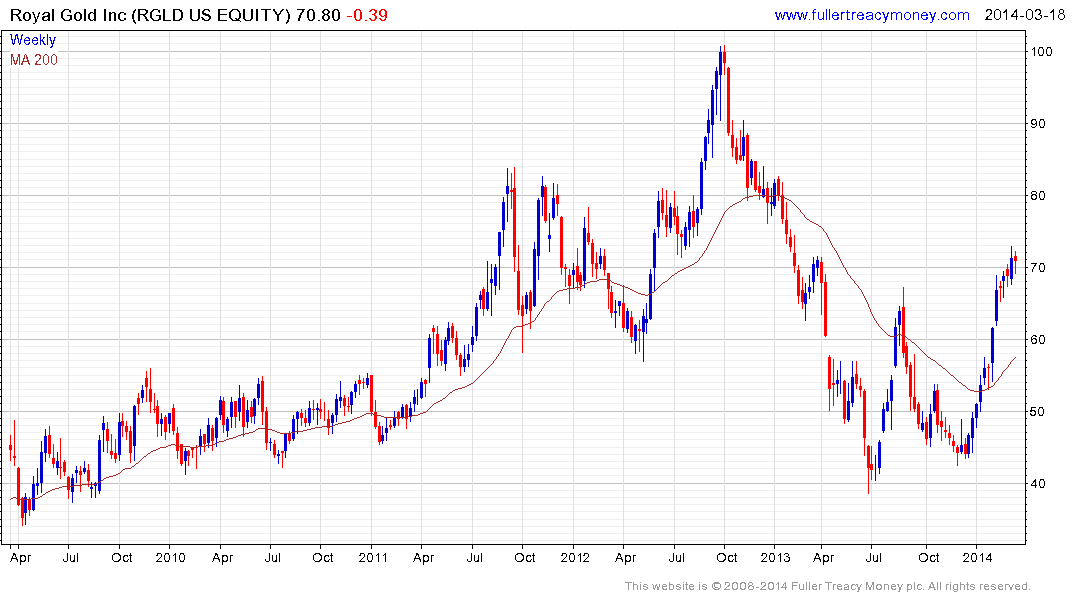 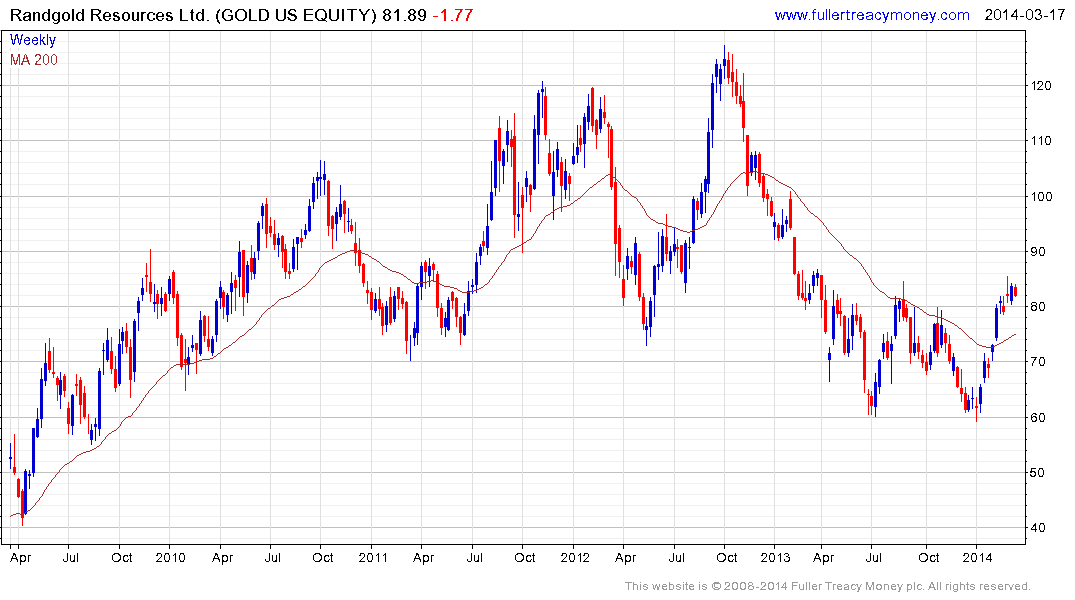 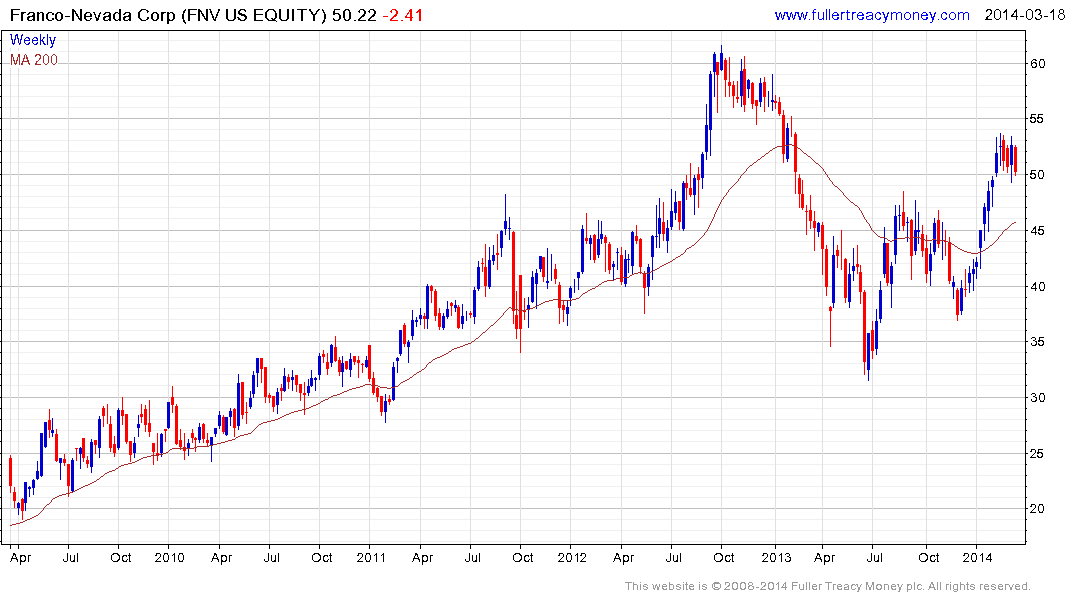 From a longer-term perspective it is also worth considering that one of the primary arguments for the bull market in gold has been the rising cost of production. If reef-boring technology proves as productive as hydraulic fracturing is for natural gas, supply could increase meaningfully and on average costs could retreat. That would mean the development of this technology could, a number of years from now, contribute to imposing a cap on prices.