Email of the day 1 by David Fuller

“Is it time to be taking an interest in uranium shares again? The sector has been active recently and old favourites Denison and Cameco are being supported. Your view would be appreciated.”

Well observed, and my short answer is that I would hold on to viable uranium shares such as Denison and particularly Cameco if you already have them.  If buying, I would prefer to do so on setbacks and one will almost certainly have to be patient.  Another rally such as occurred in 4Q 2010 and 1Q 2011 is likely over the next few years.  However, a return to the 2007 highs during the remainder of this decade seems highly improbable. 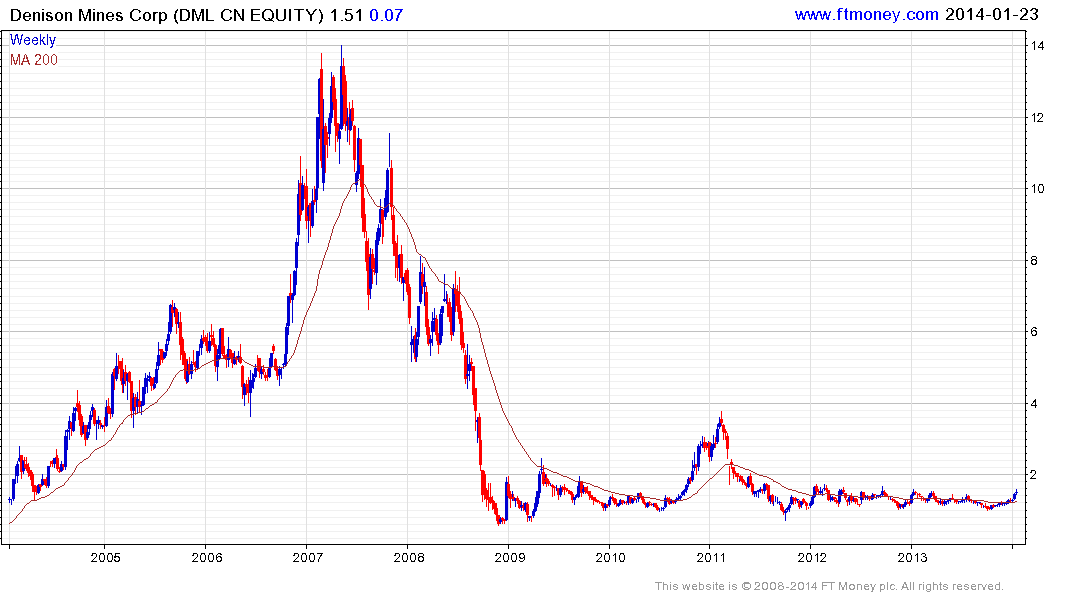 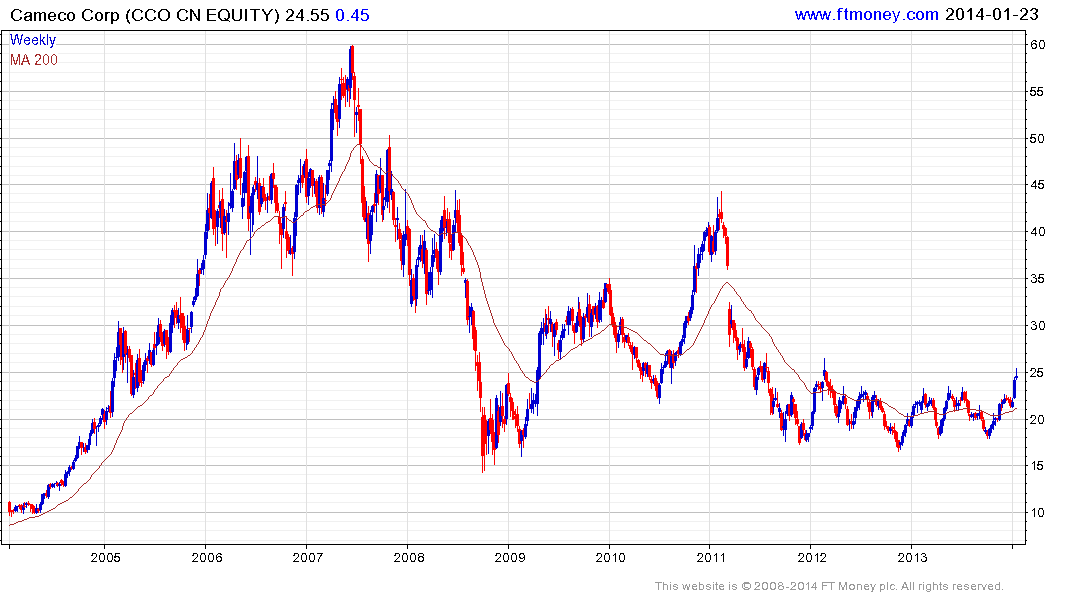 Denison and particularly Cameco show evidence of type-3 (ranging, time and size) base formations as taught at The Chart Seminar.  The same can be said for other viable producers of uranium.  After the Fukushima disaster recovery was always going to take a very long time.

The recent interest has been helped by Shinzo Abe’s wish to restart Japan’s nuclear reactors which receive certified approval.  Japan’s economic recovery would clearly be more sustainable if it had cheaper energy. This can also be said for other countries, including in Europe.  Additionally, highly cyclical industrial commodity shares tend to perform once global bull markets are ‘long in the tooth’.

The obvious problems are public resistance to nuclear power; the cost of fortifying nuclear plants; the so far insoluble problem of nuclear waste, and not least the development of other energy technologies.  Fracking, particularly for natural gas, has reduced the urgency for nuclear power.  Solar energy is benefiting most from the accelerating rate of technological innovation and is by far the most promising of renewable energy technologies.

In conclusion, nuclear power is awesome but it has a scary reputation and the competition from other energy sources is increasing.