How will data be used by central banks and how will the central bank reassure people about the privacy of their data?

The data you are going to collect, there are two sides to it. On one side, the data that they're going to collect, given they are going to be able to engage the complete economic activity of a country in realtime, that data will be recorded on a blockchain-type network, distributed ledger, we don't know exactly. So the government will have access to all of that. On the [other] hand, it will enable the central bank to do their job more effectively. Because rather than having a lag in economic data, they're monitoring all the spending, the transactions, money supply, inflation implications, all in realtime... Tracking where people go in the world, because CBDC will be available to Chinese as they do business in other countries. It's almost a sort of a way to track an individual. So there are big alarming questions that need to be properly considered when it comes to privacy and anonymity.

The technology is there to enforce anonymity, but it's a question of are they going to implement it? Is that something that they're going to build into their currency? Time will only tell if different central banks come up with their versions of digital currency, as they say there is no one-size-fits-all, they're all going to be different and likely to reflect the values and culture of their citizens. Are we just going to accept that all governments get to have this data like we've kind of accepted with tech giants like Facebook? No one has really done anything about it.

A classic blockchain is a public ledger. There is a clear record of all transactions, but not who participated in them.

It would be comparatively easy for a state to create a digital currency that attaches identity to the ledger.

That will allow governments to track every transaction in even greater detail than they do already.
The evolution of China’s digital currency has to be considered in the context of the ongoing the social credit score system.

The Politburo has clearly signalled their intention to redouble efforts to boost domestic demand. The roll out of the digital currency in 4 major cities is part of that effort.

China has long had wide gap between the deposit rate and the lending rate. That has been one of the primary factors in encouraging real estate investment. The challenge for the administration is how to increase the velocity of money, when so much wealth is tied up in real estate. The evolution of the digital currency as a mechanism for domestic purchases is potentially an attempt to solve that problem.

Subject to the project’s success it may be envisaged as a substitute for the international trade in the renminbi. That is a possible route to creating a greater reserve status for the Chinese currency. A point a number of other analysts have made is it would circumvent the Swift system which China views as a vestige of imperialism. 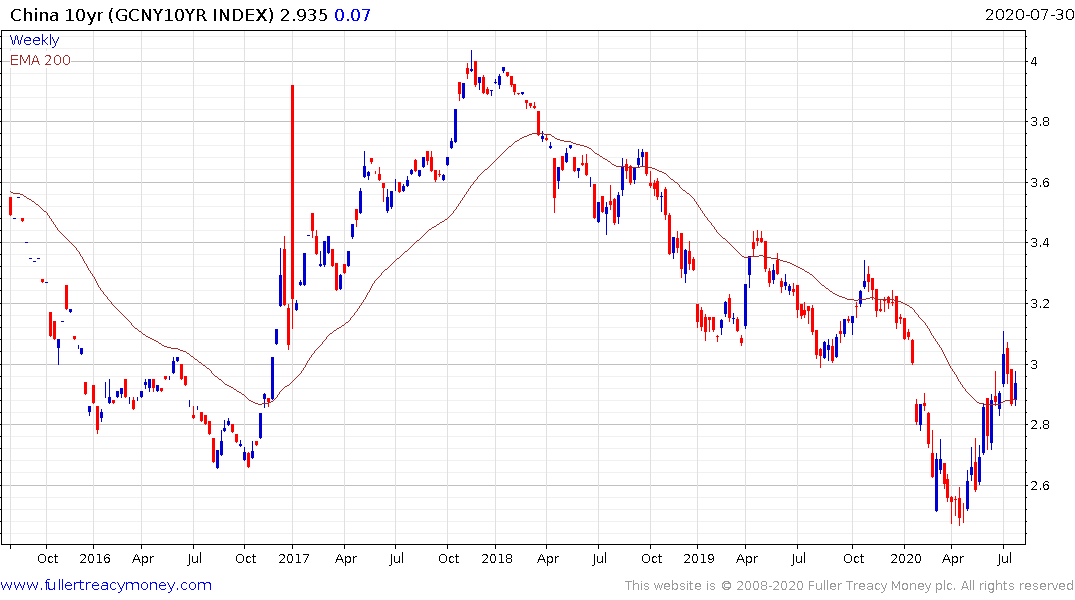 Amid all the talk of China’s ambition to become the only global superpower with the world reserve currency, it worth considering that Chinese government bonds yields are trending higher. In fact, it is just about the only major economy where bonds yields are rising. A clear break in the sequence of higher reaction lows would be required to question near-term scope for additional expansion. 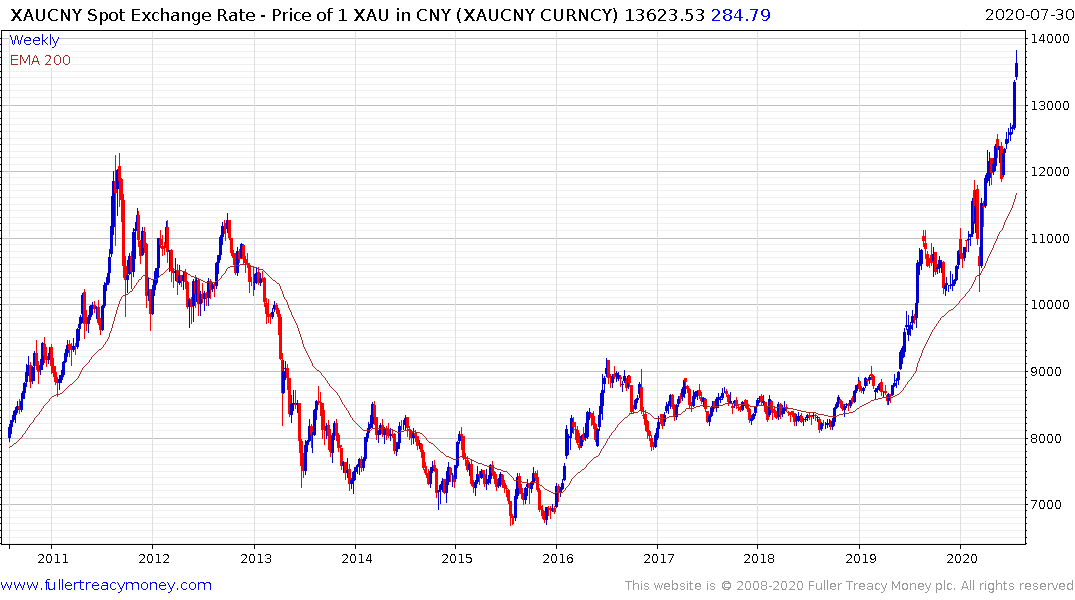 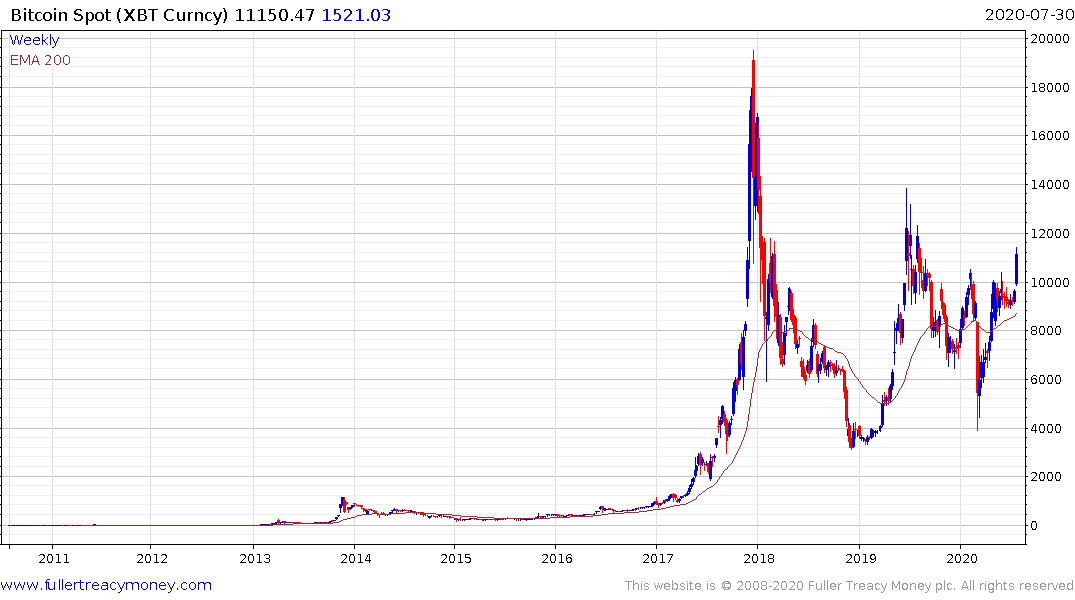 The simple fact is that China’s growth over the last decade has been based on debt and leverage. The real reason they want to pioneer a digital currency is so they can debase the value of domestic assets without devaluing the currency. It is probably impossible to achieve that without a crash, but they are going to try anyway. Little wonder that Chinese demand for gold and bitcoin are rising.