The new system is codenamed Tangle Lake, a reference to an Alaskan lake chain and the tangled state of the electrons themselves. Quantum computers are extremely different from standard (classical) computers, and can tackle problems modern classical machines can’t handle. The reason increasing the number of qubits in the system is important is because it also allows for a significant amount of additional work to be done and for more complex problems to be considered. And according to Intel, the gap between where we are today and where the company thinks we need to be for commercialization of quantum computing is enormous.

“In the quest to deliver a commercially viable quantum computing system, it’s anyone’s game,” said Mike Mayberry, corporate vice president and managing director of Intel Labs. “We expect it will be five to seven years before the industry gets to tackling engineering-scale problems, and it will likely require 1 million or more qubits to achieve commercial relevance.”

Intel is also investigating another type of qubit, spin qubits, to see if they can be implemented in silicon. Spin qubits are much smaller and can potentially be implemented in CMOS and Intel has invented a spin qubit fabrication flow on “300mm process technology.” This is oddly phrased, but seems to indicate Intel is building these chips on its 300mm wafers as opposed to some new process node.

The fallout from the exposure of vulnerabilities in the vast majority of chips currently in computers all over the world is going to necessitate a rethink of how to deliver the best possible processing speeds at an attractive price. For too long the semiconductor business has paid scant attention to the threat of hacking but with the increasing digitization of the global economy it is an issue that can no longer be simply ignored. 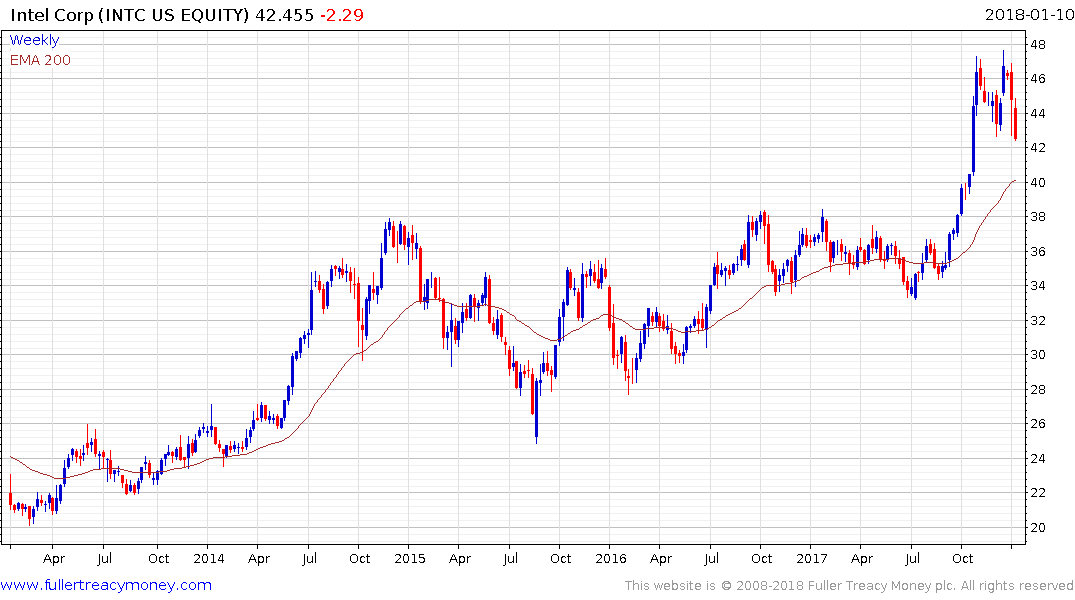 Intel is currently unwinding its overextension relative to the trend mean and will need to hold the $40 area if potential for additional upside is to be given the benefit of the doubt. 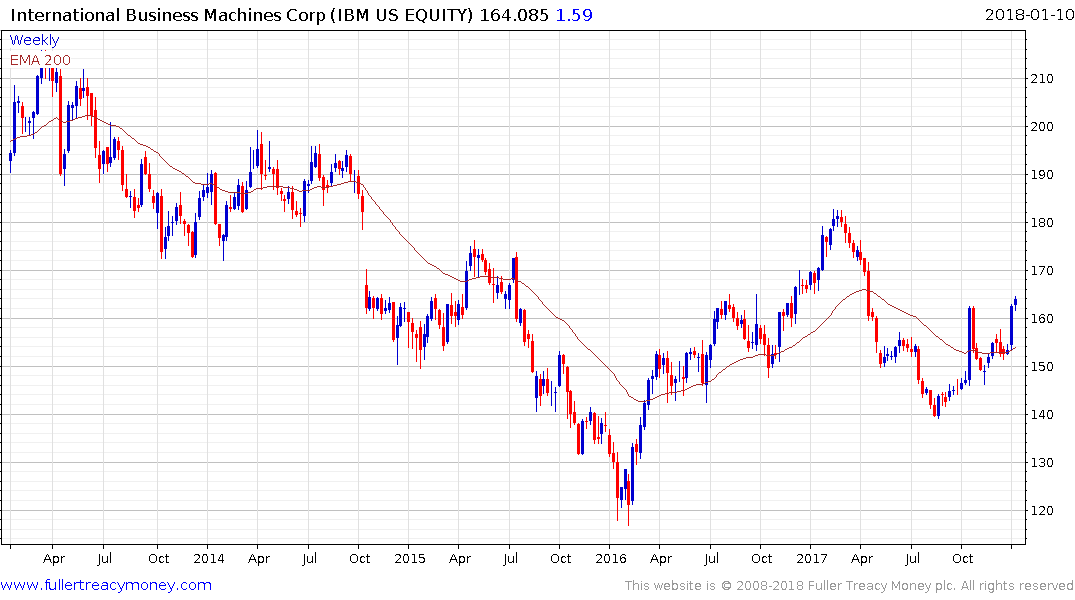 IBM found near-term support in the region of $140 from August and continues to hold a progression of higher reaction lows.