Bonds Avoid the Chaos of Other Markets
Comment of the Day

Bonds Avoid the Chaos of Other Markets by Eoin Treacy

The slowdown in China’s economy and tumbling commodities are stoking deflationary concerns, with a measure of euro-area inflation expectations for the next year signaling a potential return to deflation.

The euro-area one-year inflation swap rate, a market gauge of the outlook for consumer-price growth over that period, was at minus 0.012 percent, after falling to minus 0.057 percent, matching the lowest since February, according to data compiled by Bloomberg.

“The extent to which government yields rise is probably less than people once thought because of those lower inflation expectations,” said Nicholas Gartside, London-based chief investment officer for fixed-income at JPMorgan Asset Management. “Bonds have two classic enemies -- higher growth and higher inflation. Both of those are weaker right now.”

Yesterday’s action on global stock markets which saw an early sell-off whose ferocity took traders and investors by surprise was pegged back before the close. In a change of tack today’s bounce was completed retraced today suggesting this is still a very nervous market environment. The majority of bonds futures had rallied in early trading in response to the panicky environment in stock markets but gave up the entire advance by yesterday's close and pulled back sharply today. 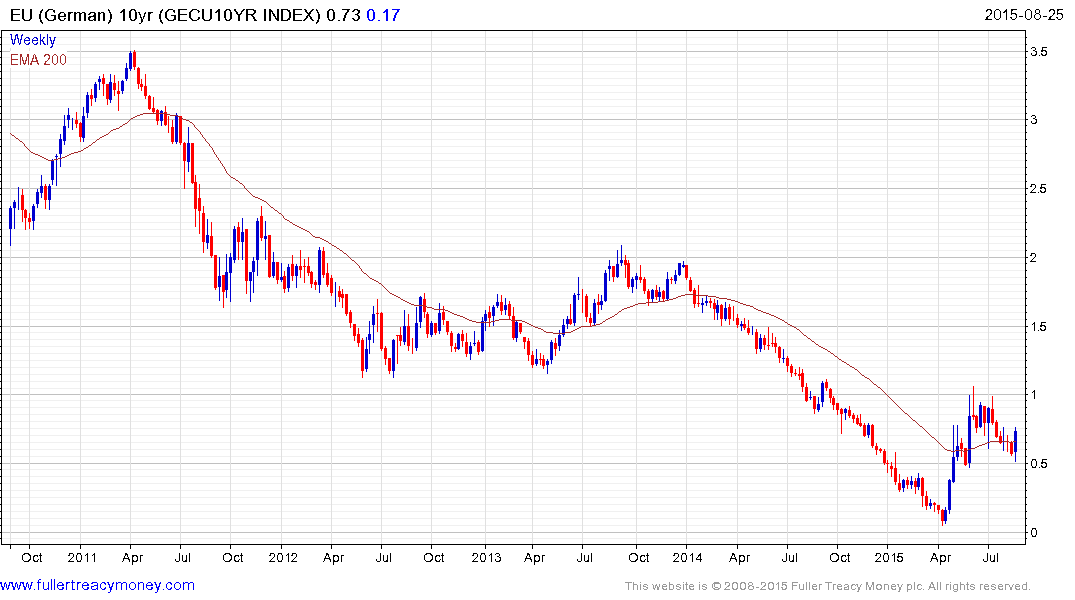 German Bund yields halved between June and yesterday but today’s surge confirms supply in the region of the 200-day MA and a sustained move below 0.50% would be required to question medium-term scope for further expansion. 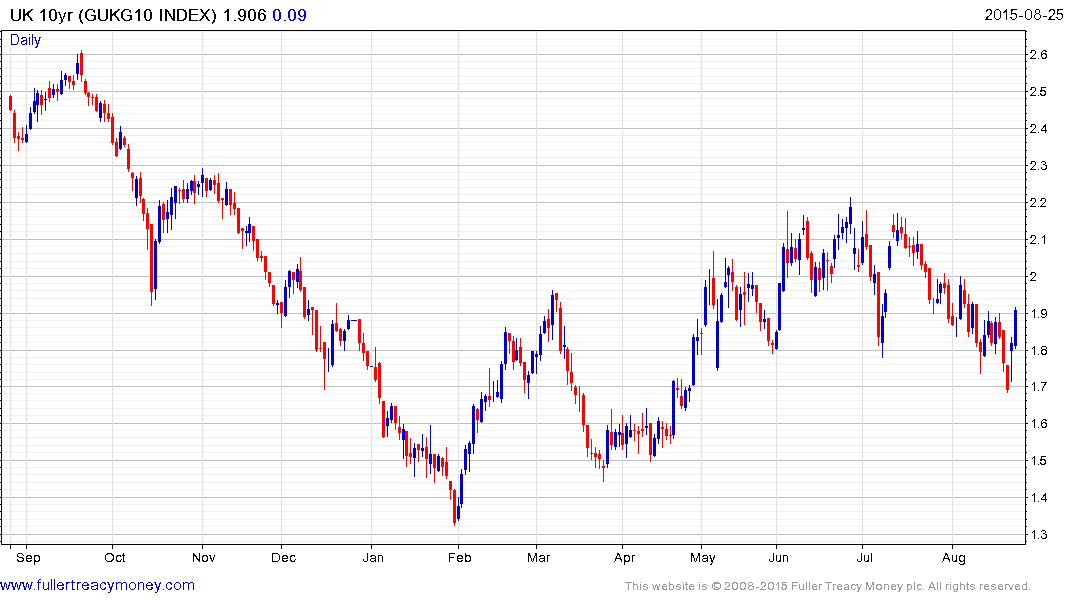 The British Pound has been among the steadiest of all currencies over the last month but Gilt yields rallied today to break a two-month progression of lower rally highs, holding the medium-term gradual uptrend in the process. 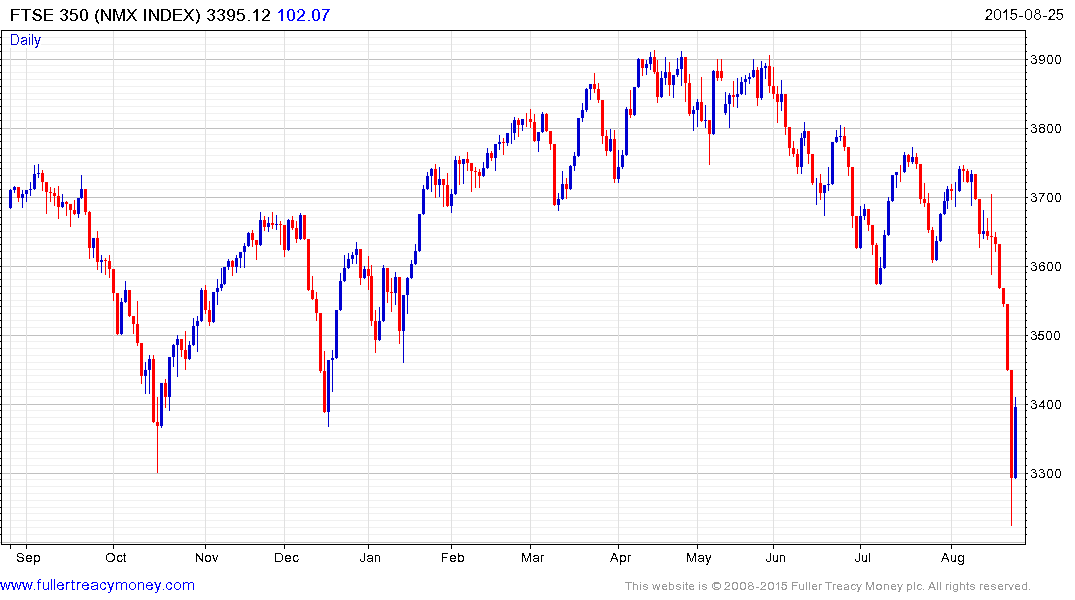 In the aftermath of the last week’s decline, the vast majority of stock market indices are in deeply short-term oversold territory and relief rallies are underway. The FTSE-350, for example, has sustained considerable technical damage and it will need to demonstrate support coming back in at progressively higher levels in order to suggest more than a near-term low has been found.

If we compare the above charts, bonds have been steady but had already had a large move before this crisis and were considerably weaker than equities were strong today. As such they might be less volatile but it is debatable how much bonds can be relied on to generate additional attractive returns in this environment.