“Many states and local governments may be facing difficult choices if investment returns remain low,” said Keith Brainard, research director at the National Association of State Retirement Administrators. “The money has to come from somewhere.”

Connecticut now allocates 10% of its budget to pay down unfunded pension liabilities that more than doubled in size over the past decade. Chicago’s $20 billion pension-funding hole prompted its credit rating to tumble to junk, a rare low mark for an economically diverse city.

A reminder of how long-term fortunes have turned came last week as two pension bellwethers reported their worst results since the 2008-09 financial crisis.

Weak annual gains for the California Public Employees’ Retirement System and California State Teachers’ Retirement System dropped their 20-year returns below 7.5% investment targets, to 7.03% and 7.1%, respectively. The two funds, known as Calpers and Calstrs, are the largest public pensions in the U.S. by assets and oversee a combined $484 billion for 2.6 million public workers and retirees.

The underperformance of public pensions that invest primarily in bonds highlights the difference in returns between playing the market from a momentum perspective versus a yield-to-maturity buy-and-hold strategy. Pension funds tend to manage duration by reinvesting maturing bonds because that helps to marry future liabilities to predictable returns but in an environment where yields are low the premium paid for new issues is so high that long-term returns are impugned. 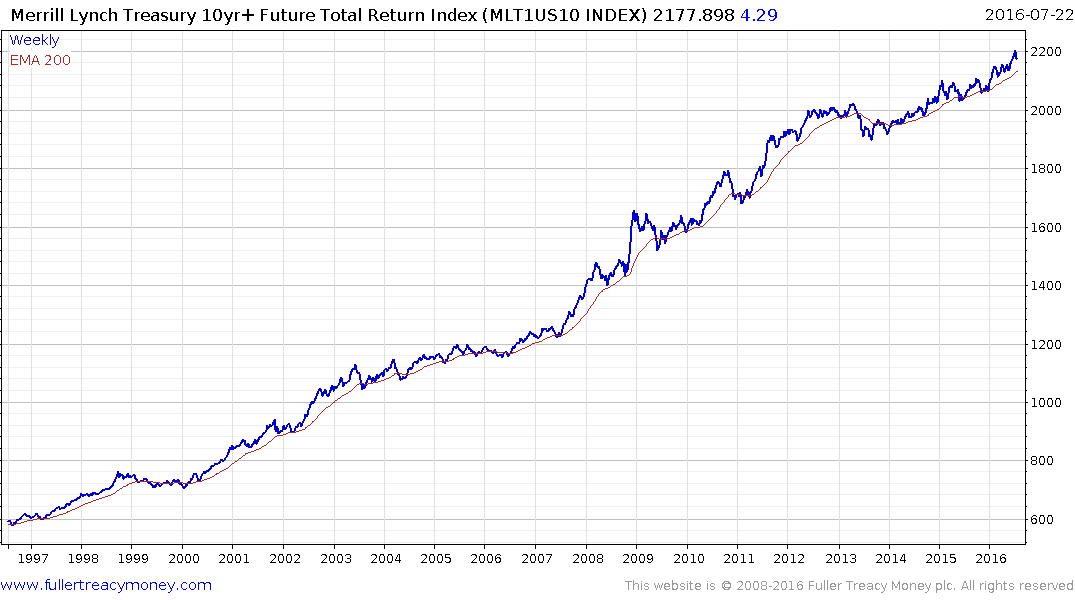 The performance on a strategy rolling long positions in the 10-year Treasury futures market represented by the Merrill Lynch 10yr+ US Treasury 10yr+ TR Index highlights the outperformance of a trading strategy in this environment.

In addition to the distortions extraordinary monetary policy have fostered within the financial system, an additional problem central bank manipulation of the bond markets has created is that it has forced deeply conservative investors, with responsibility for the pensions of millions of workers, to become speculators. 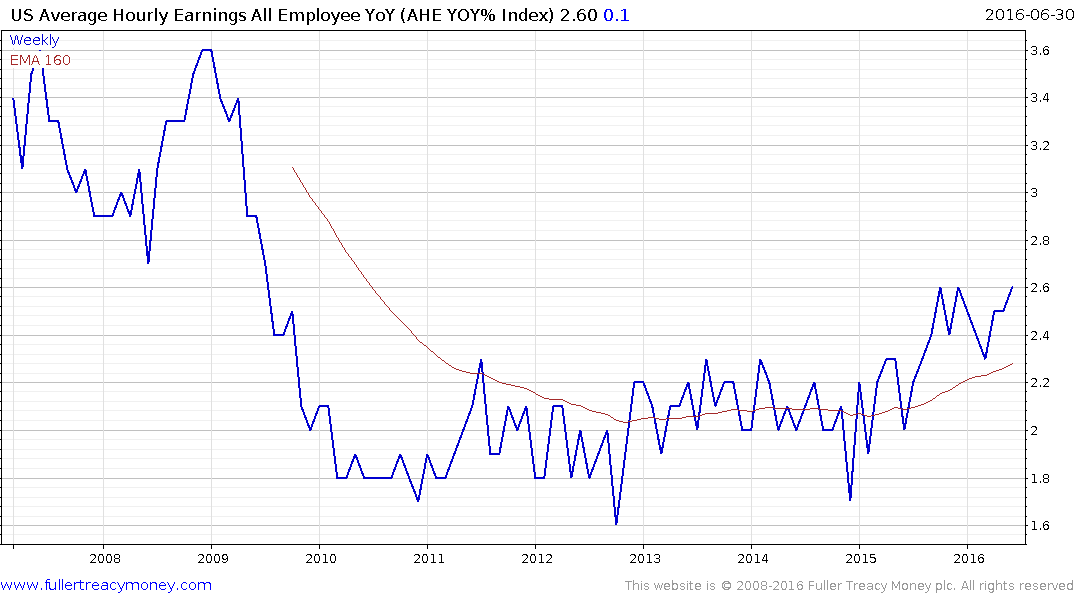 One of the primary reasons Fed officials have stated they are more confident they can raise rates later this year is because wage growth has bounced back from the March slump. If it extends its recovery by breaking out in August or September the likelihood of the Fed raising rates, probably after the election, in December will improve.

Public sector pension shortfalls inhibit growth because the solution is either lower pay outs which affects spending or higher taxes which does the same thing.  Higher interest rates will also be a problem for yield-to-maturity investors because of the high prices paid for bonds over the last 8 years. That suggests even with the normalisation of monetary policy, whenever that might occur, pension funds are going to experience a hangover and the equity portion of their portfolios will need to really outperform to make up the difference. 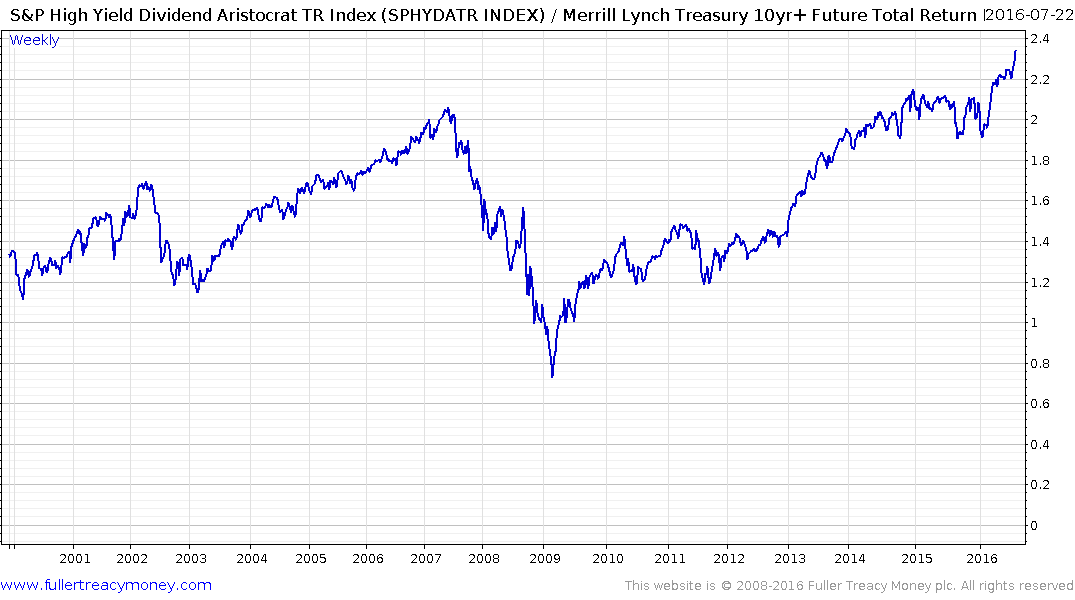 This ratio of the S&P High Yield Dividend Aristocrat Total Return Index / Merrill Lynch 10yr+ US Treasury 10yr+ TR Index highlights the fact equities with solid records of increasing dividends tend to outperform bonds even in an environment where Treasuries have experienced an historic momentum driven bull market. Pension funds might not be able to diversify sufficiently away from the growing risk in the bond market but individual investors can.