Robots are deployed at the front desk to help guests check-in and out. According to the Henn-na Hotel, it's possible to hold a conversation with the "warm" and "friendly" robots while they get on with their work. Alternatively, self-service check-in and check-out eliminates the need to go to the front desk or to wait in line.

There are porter robots employed to carry luggage to and from rooms, and cleaning robots employed to keep the hotel spotless of their own accord. There is also a robot employed in the cloak room. Objects up to the size of small bags can be handed over and the robot will put them away in secure lockers. When the belongings are needed, the robot will locate them in the correct locker and hand them back to the guest.

This Huffington Post article from more than a year ago highlights how technology that already exists can be combined to displace waiting staff at restaurants. Today’s news that New York has voted to increase fast food wages to $15 following Los Angeles’ decision to raise its minimum wage to $15 earlier this year will only accelerate the incentive for technological integration 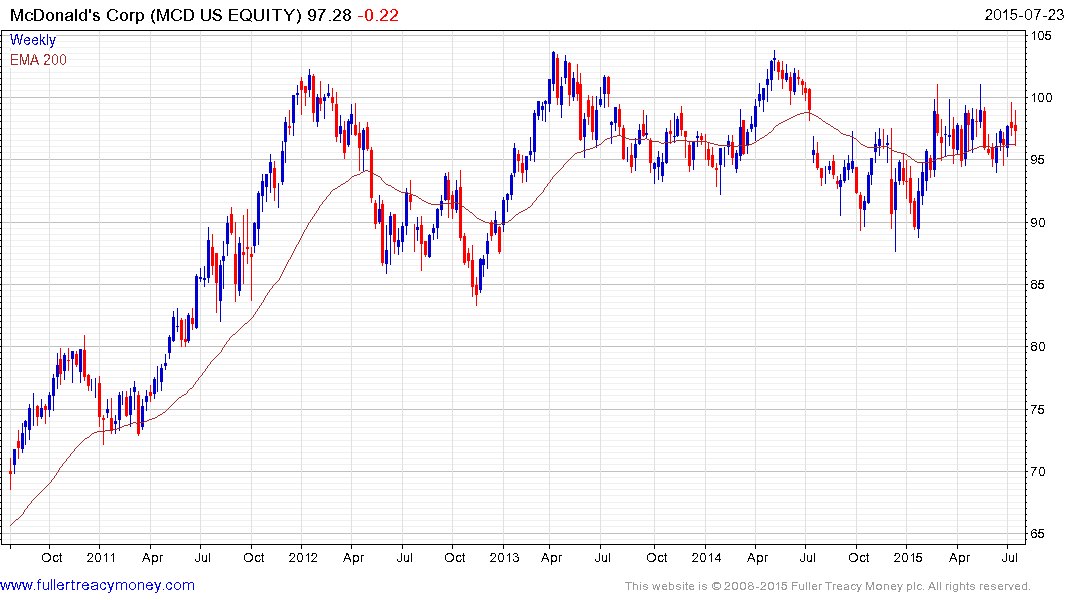 McDonalds reported declining sales in the USA this quarter and the share has been ranging mostly below the psychological $100 for more than three years. The company needs an imaginative response to higher wages and evolving consumer preferences if it is to return to medium-term demand dominance. 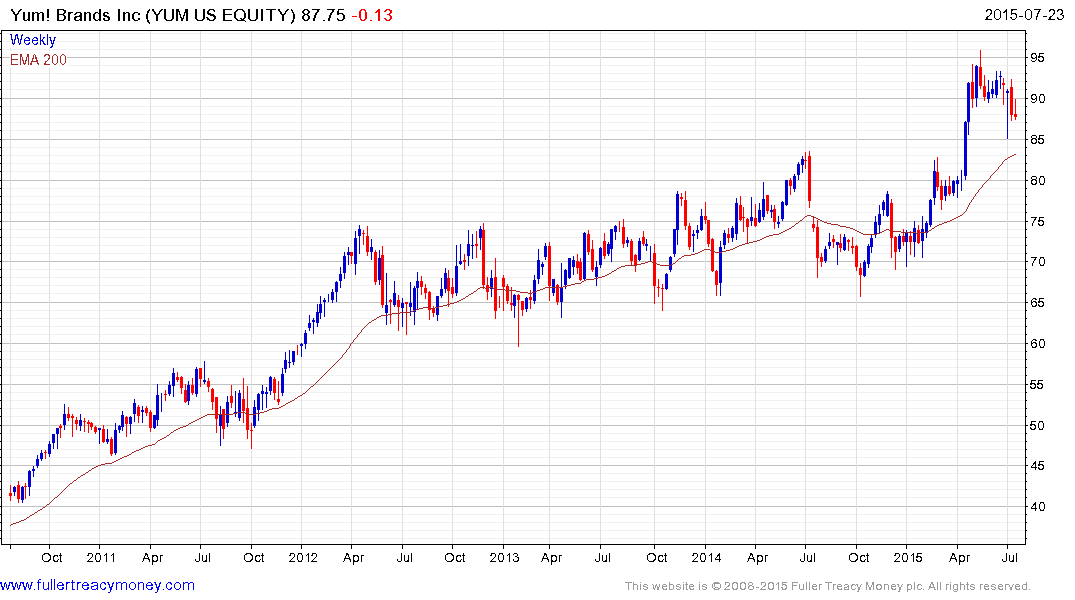 Yum Brands broke up out of its medium-term range in April and has been consolidating that advance since. It found support three weeks ago in the region of the 200-day MA and a sustained move below that level would be required to question current scope for continued higher to lateral ranging. 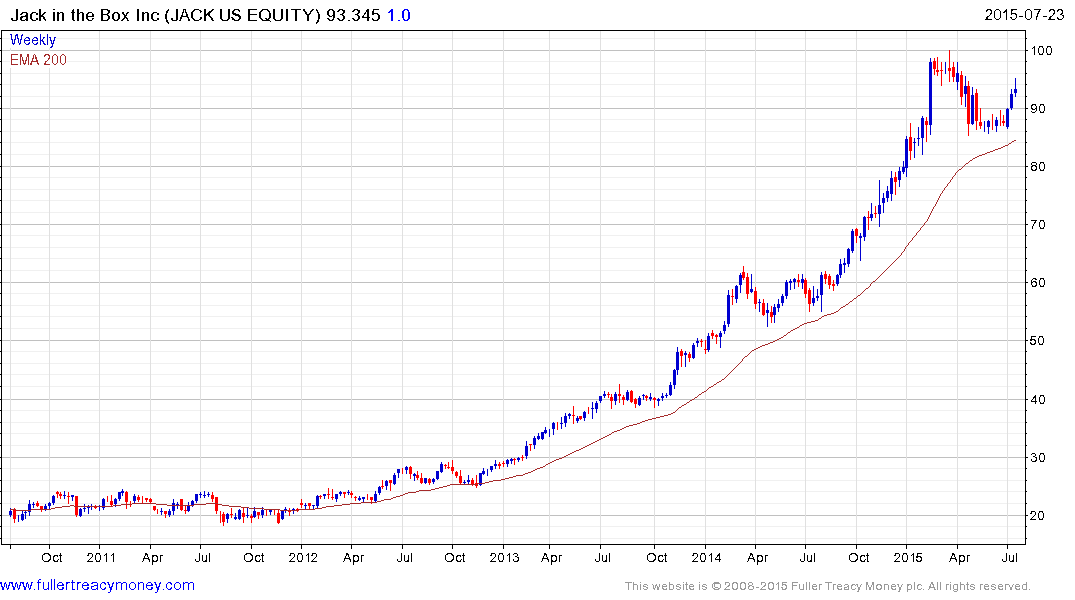 Jack in the Box remains in a consistent uptrend and a sustained move below the 200-day MA would be required to check the advance.