The EU will now work with Italy on details of Monte Paschi’s final restructuring plan. Italy will need to formally notify the EU of the plan, including commitments on the restructuring. The EU will then move to adopt final approval for the recapitalization.

Monte Paschi’s senior management will have their salary capped at 10 times the average salary of bank workers as part of measures “to substantially increase its efficiency."

While subordinated bondholders will have to contribute to the costs of the restructuring, Monte Paschi will compensate retail junior bondholders who weren’t properly informed of the risk they were taking on that bonds might be converted to equity, according to the statement. The bank will buy the converted equity from those investors and pay them in “more secure senior instruments."

The political need to avoid the mess of thousands of retail holders of subordinated debt and reverse convertibles being wiped out was the reason rules were bent, reinterpreted and even changed to avoid Banca Monte dei Paschi di Siena SpA being wound up.

There is another reason though. Mario Draghi was head of the Bank of Italy while the dodgy derivatives trades, which brought the world’s oldest bank down, were initiated. In fact at the time he was head of the Financial Stability Board which is a body focused on improving financial supervision. The Bank of Italy, which has responsibility for oversight, was obviously not paying attention while Draghi was in charge which highlights just how lax regulation was.

The whole affair highlights the fact that the Eurozone and its institutions will do whatever it takes to sustain the status quo. In the English speaking world we tend to think of arguments in black and white terms but European regulation and how it is interpreted for big countries versus small countries can only be described as existing in the grey between black and white. 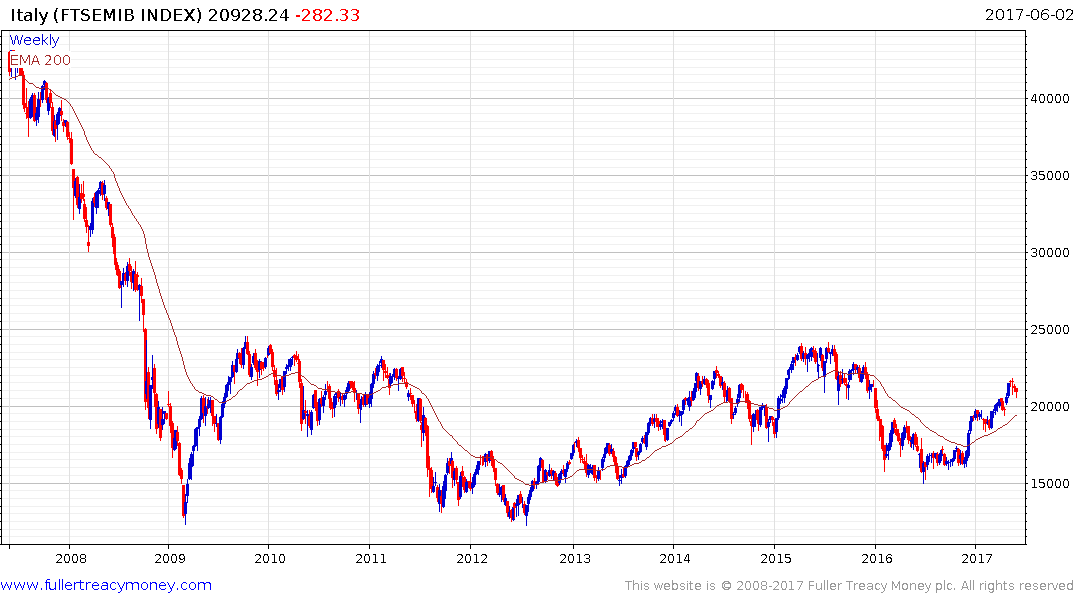 Italy was at the epicentre of the problem during the Eurozone’s sovereign debt crisis and its stock market remains in a long Type-3 base formation. It is currently rallying from the lower boundary and a sustained move below 20,000 would be required to question medium-term scope for a test of the upper side near 25,000. 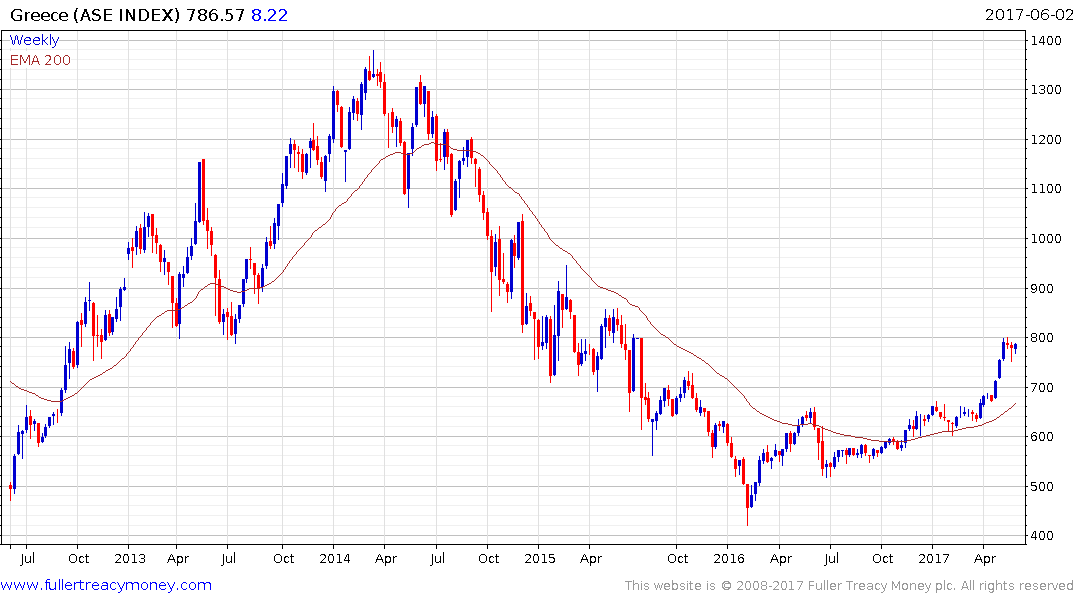 The Greek market bounced from the region of the 2012 lows in early 2016 and has held a progression of higher reaction lows since. 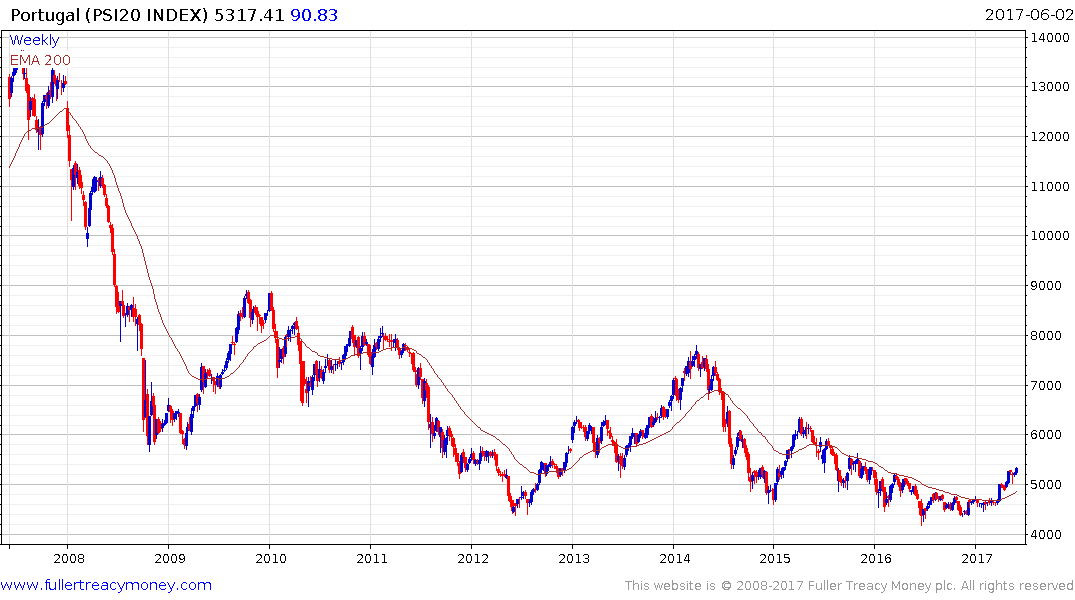 The Portuguese Index has been a regional laggard but rallied in March to break a medium-term progression of lower rally highs and continues to improve on that performance.