I continue to be struck these days by investors' deranged acceptance of current monetary policy as the norm. Few are fearful of zero or negative interest rates' adverse ramifications and disruptive impacts.

As I put it yesterday: "Two decades from now, we'll likely look back at 2000-2016 monetary policy with disbelief that investors swallowed and accepted it.

As my friend Mark J. Grant wrote on Monday, it's almost as if we all now reside in Alice In Wonderland: '"The White Knight's walking backwards and the Red Queen's off her head." We ignore it mostly. What can we do about it anyway? We have absolutely no control over the antics of the central banks.

In fact, a lot of investments are made just by trying to outthink what these people might do next.

"Take some more tea," the March Hare said to Alice, very earnestly. "I've had nothing yet," Alice replied in an offended tone, "so I can't take more."'"

The aberrant and unsound have become justified and excused, while malinvestment has become a mainstay as markets reach for yield.-

There is no doubt we live in interesting times. Headlines this week that floating rate mortgage holders in Denmark, Belgium and Netherlands are receiving cheques from the bank because the interest rates on the loans they took out are now negative is another reason to believe we live in very strange times indeed.

The Bank of Japan did precious metals a favour today by throwing the focus of investor attention back onto the fact that more than $1.5 trillion in government bonds is trading on negative yields globally.

For as long as anyone can remember the main argument against owning precious metals was that the cost of storage and the absence of a yield made them uncompetitive and impossible to value on a dividend discount model. With negative deposit rates and negative yields that argument no longer stands up, In fact because of ETFs the issue of storage is less relevant and having no yield is better than a negative one.

An increasing number of people believe that’s a compelling argument to own precious metals because they cannot simply be printed into existence. 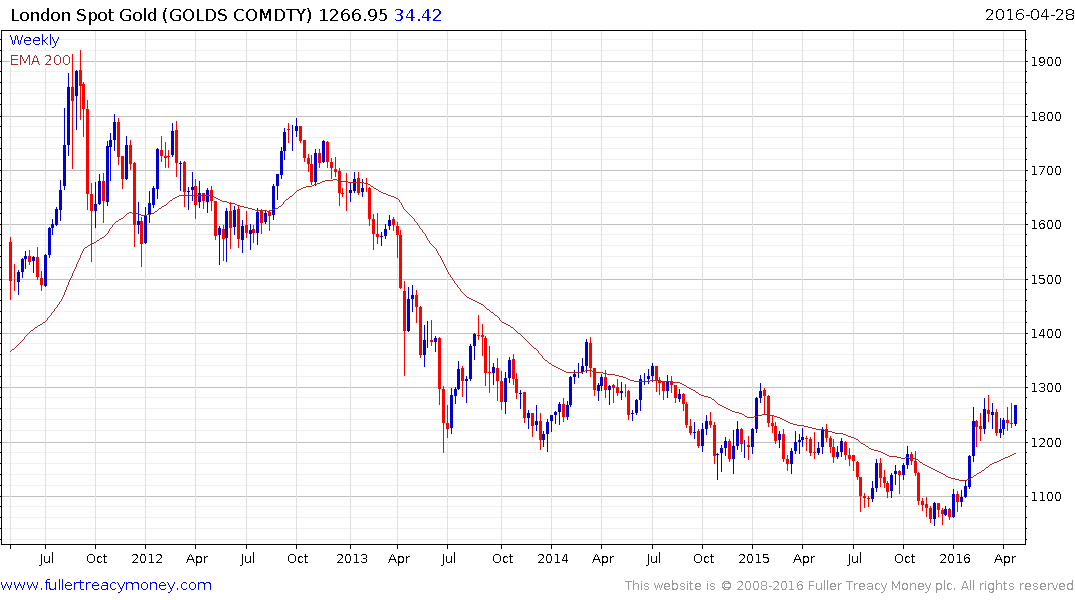 Gold firmed within its range today and a sustained move below $1200 would be required to begin to question medium-term recovery potential. 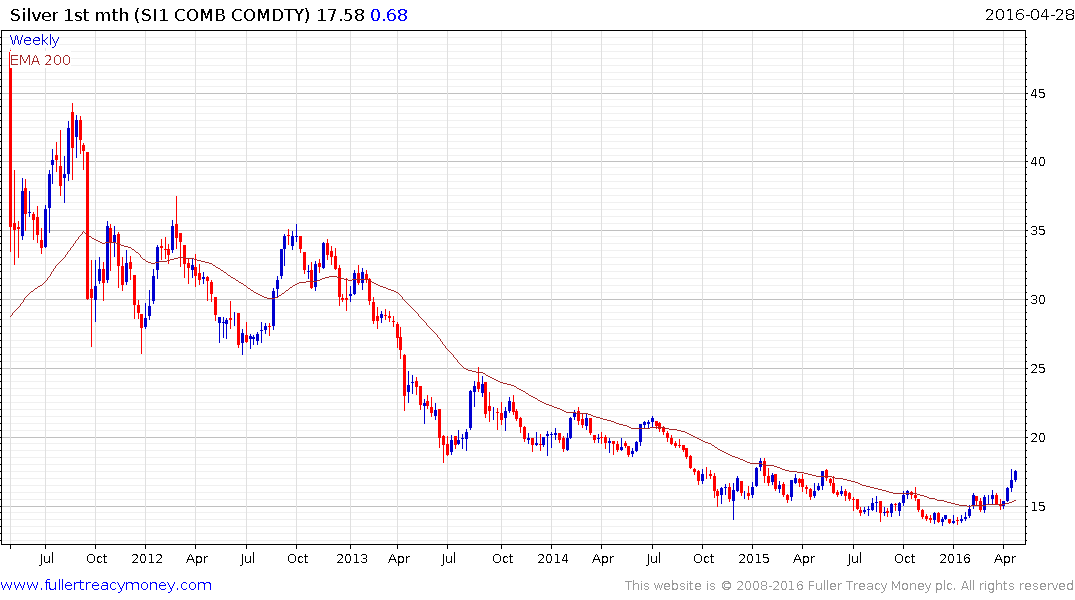 Silver moved to a new closing recovery high and is also on a recovery trajectory. 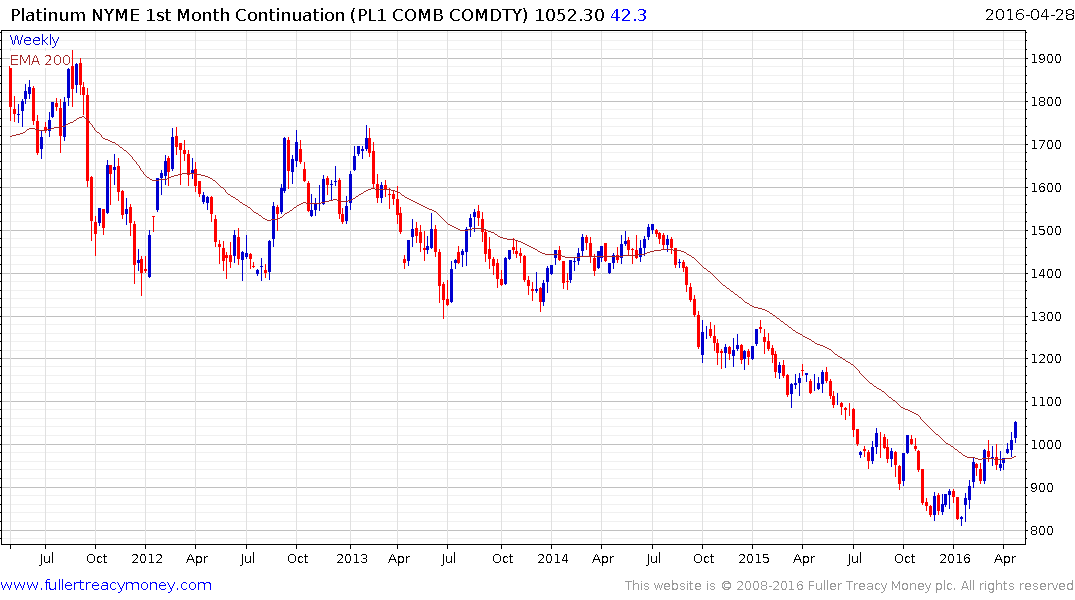 Platinum consolidated in the region of the trend mean but is now pulling away from its most recent range and remains on a recovery trajectory. 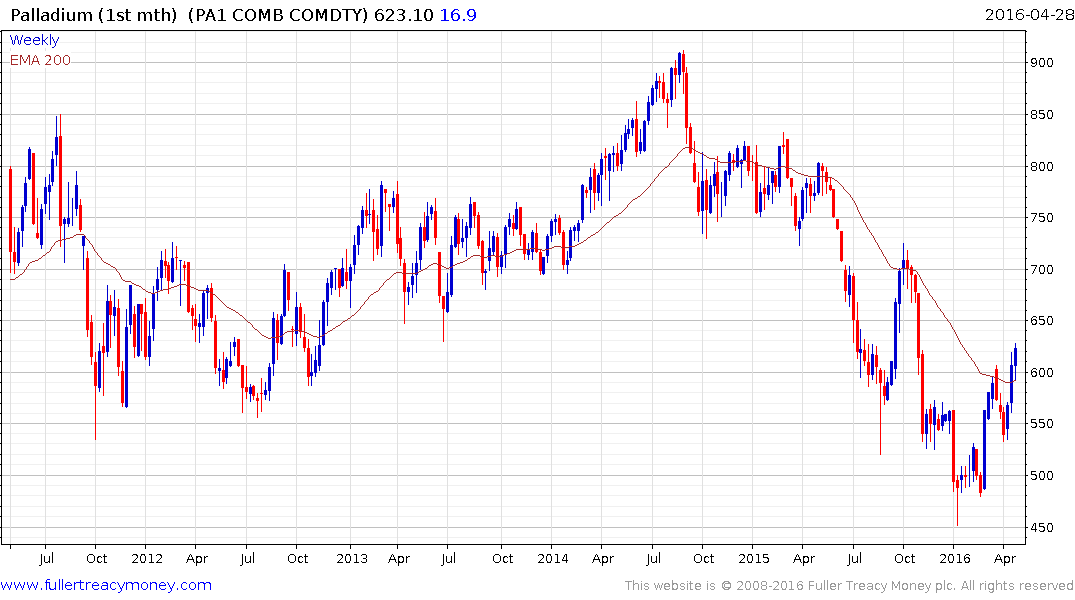 Palladium is now also trading above its trend mean. 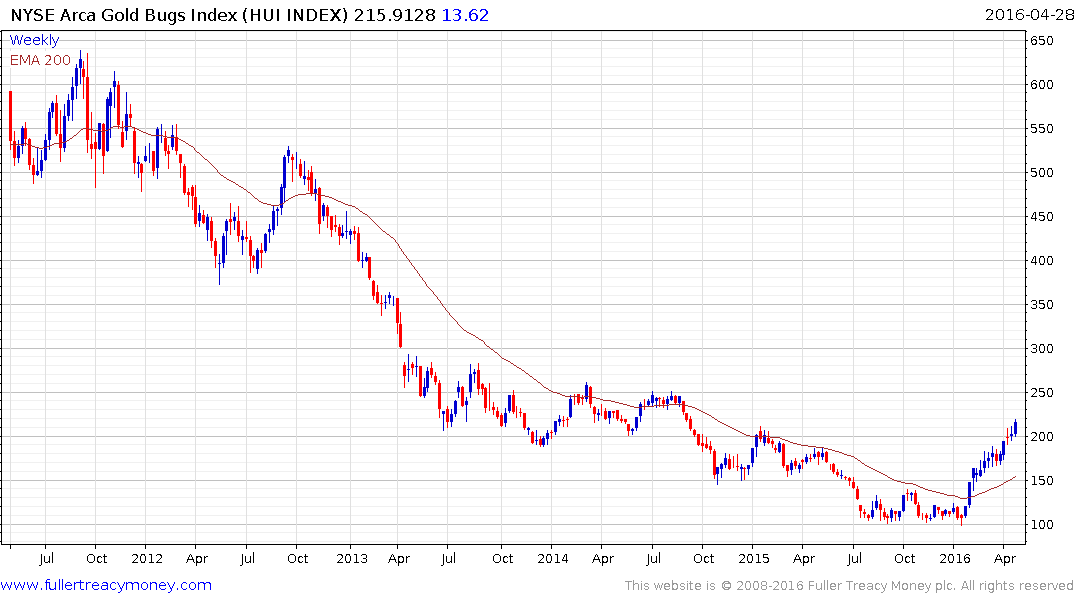 The NYSE Arca Gold Bugs Index broke of its short-term range today to reassert its uptrend. 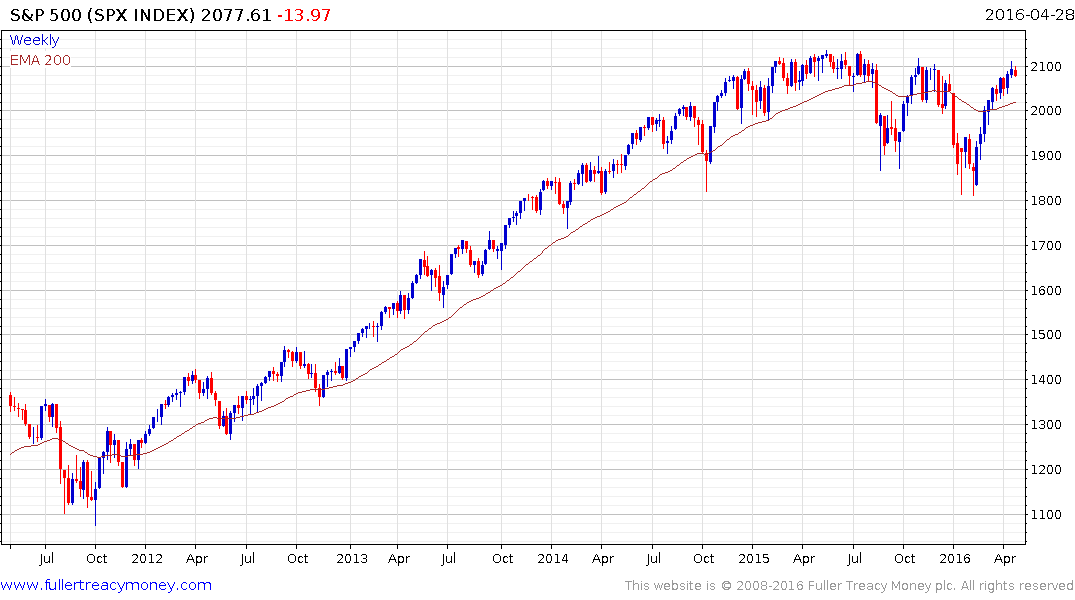 Meanwhile our base case has been that the S&P 500 was more likely to range than trend over the next few months. It is currently at the upper side of its more than yearlong range and the Nasdaq-100 has already broken the short-term progression of higher reaction lows from the January nadir. 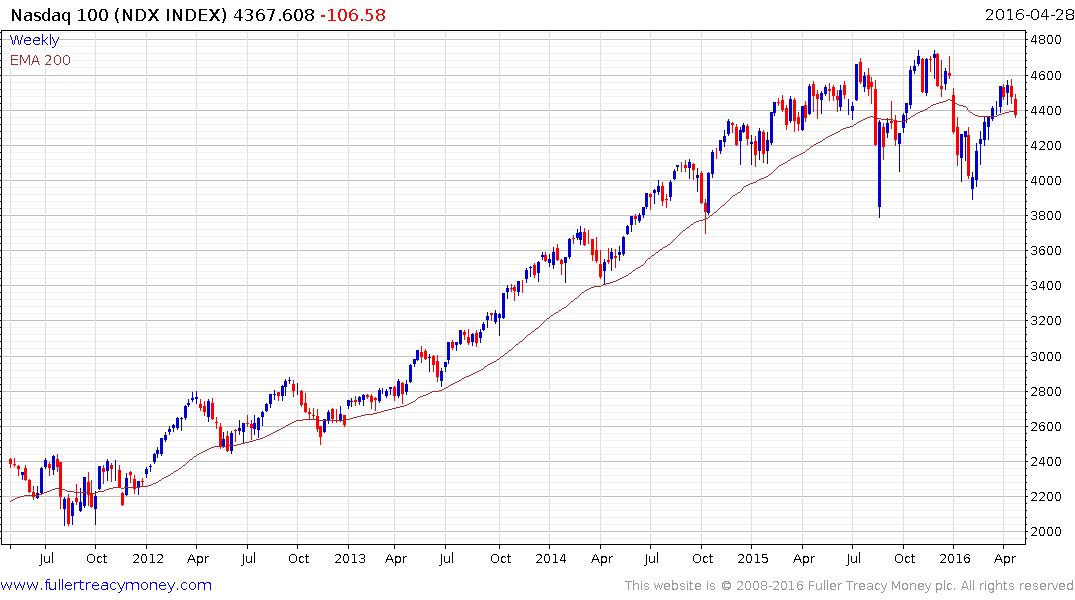