Mark Mobius is betting on shares of smaller Indian companies to profit from expansion in the world’s fastest-growing major economy.

“If you factor in the reforms that are taking place and the impact they can have on company earnings, it tells us that India is on the cusp of an interesting opportunity,” Mobius, executive chairman of Templeton Emerging Markets Group, said in an interview to Bloomberg Quint in Mumbai. The money manager has $2 billion in Indian stocks, of which more than $600 million is invested in shares of small companies, he said.

The S&P BSE SmallCap gauge of 762 small companies has fallen 5.4 percent this year, compared with the 2.8 percent advance in the S&P BSE Sensex, as some of the worst-performing stocks on the benchmark index last year rebounded in 2016. The smaller companies are likely to climb after trailing the rally in the biggest shares as benefits from Prime Minister Narendra Modi’s growth-boosting measures take hold, Mobius said.

Progress in reforming the Indian economy is slow but it is happening and one of the highest economic growth rates in the world is a testament to the benefits improving governance can deliver. Continued speculation about whether Rajan will seek or indeed receive another term as governor of the RBI is likely to become more important as the urgency of the decision increases but in the meantime India represents a bright spot on the global tapestry of markets. 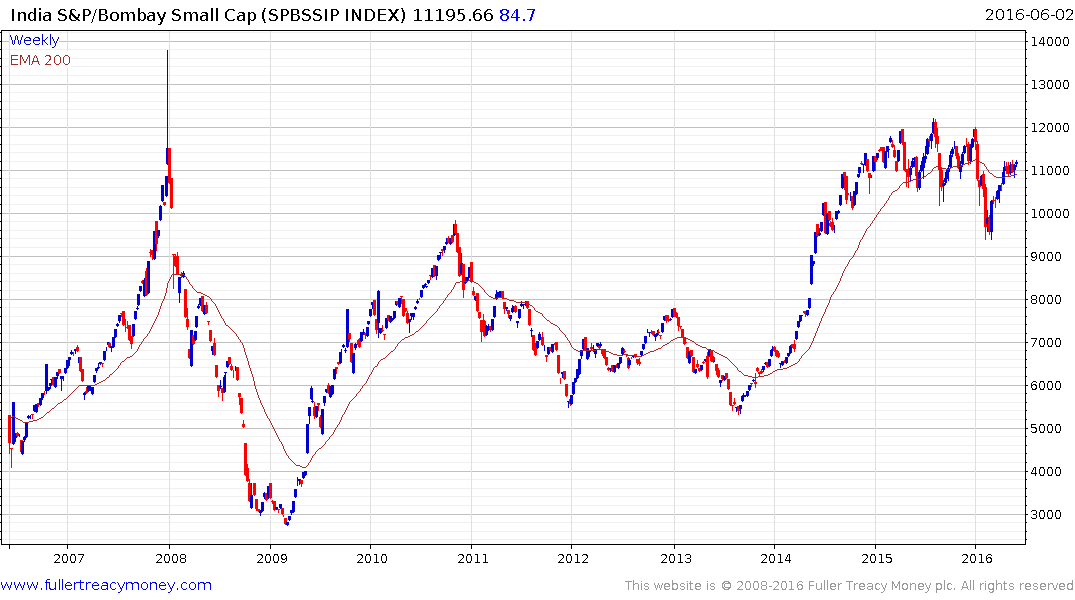 The S&P/Bombay Small Cap index has been ranging in the region of the 2007 peak since early 2015. It failed to sustain the break below the psychological 10,000 in February and continues to push back up towards the highs. A sustained move below the trend mean would now be required to question potenital for additional higher to lateral ranging. Reports of a good monsoon may be helping this index to outperform but the fact the RBI has lowered the Repo rate from 8% to 6.5% since early 2015 is probably a more important factor in explaining the market's resilience. . 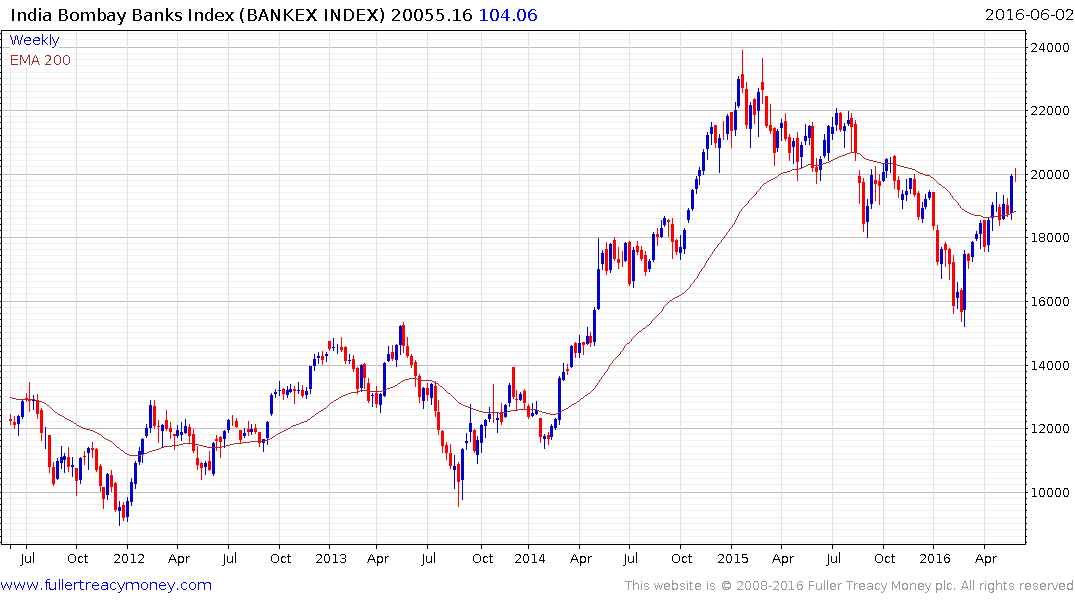 The Bombay Banks Index rallied impressively from the region of the trend mean last week and a sustained move below it would be required to question potential for an additional rebound.