Same-store sales fell 5 percent last quarter, excluding currency fluctuations. That was a slightly better performance than the 5.4 percent decline analysts predicted. Michael Kors expects comparable sales to decline by a low-single-digit percentage on that basis in the second quarter.

To help spur demand, the brand has been slashing prices on many of its products. Kors is contending with sluggish mall traffic and a strong dollar, which has reduced tourist spending.

The company also is adding new products in the second half and improving its digital operations.

Sales in the handbag business remain “robust,” though they aren’t growing at the same rates as previous years, executives said on the earnings conference call. Backpacks are getting more popular, and millennial customers in particular prefer smaller bags and cross-body purses, which typically have lower retail values. Watch sales also dragged down the company’s North American same-store sales, the company said.

Mid range luxury goods companies have been under pressure to offer more mass market offerings while even the uber-luxurious brands have been offering discounts in Hong Kong in order to spur demand. Michael Kors in particular boosted supply in order to capture market share from Coach, but suffered from the loss of its cache in doing so. Both companies are suffering from interlopers such as Tory Burch. The question now is how much of this is already in the price? 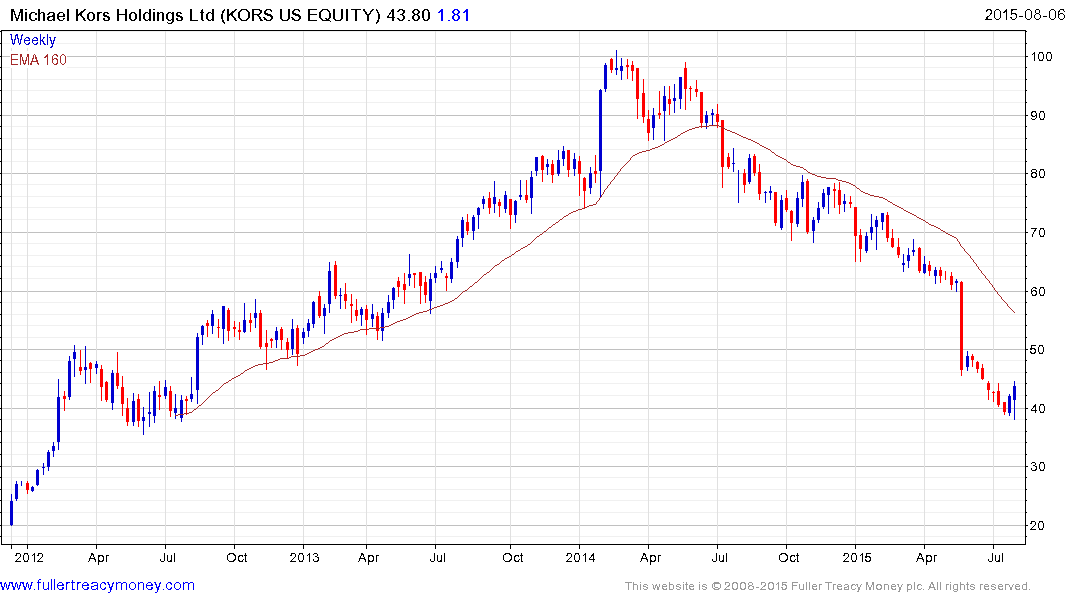 The share hit a medium-term peak near the psychological $100 early last year and has trended lower since. The pace of decline picked up from May but this week's upside key reversal suggests a low of at least near-term significance. Potential for a reversionary rally towards mean has increased. Following any advance, the share will need to find support at progressively higher levels to indicate a return to demand dominance beyond the short term. 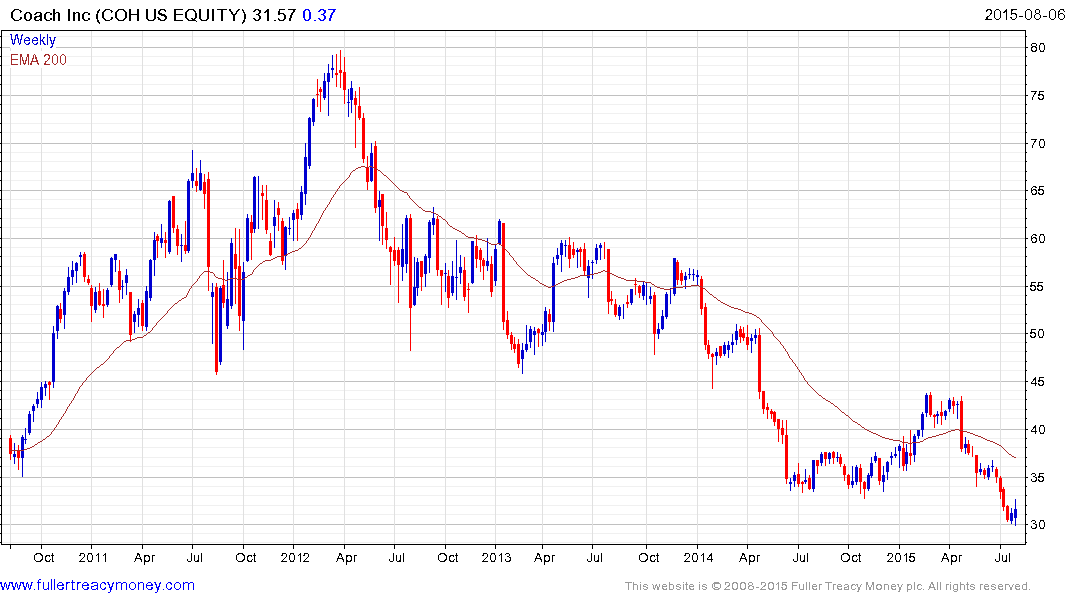 Coach has lost a third of its value since April and has at least paused in the region of $30. 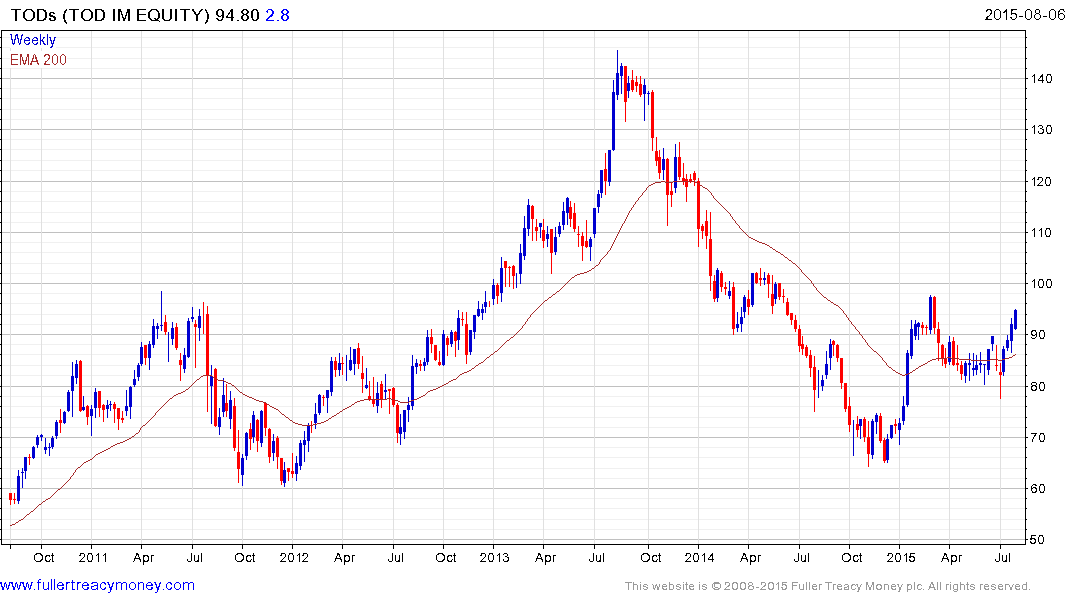 Italian listed TODs has been forming a first step above its Type-2 base for most of the year. A sustained move below €80 would be required to question recovery potential. 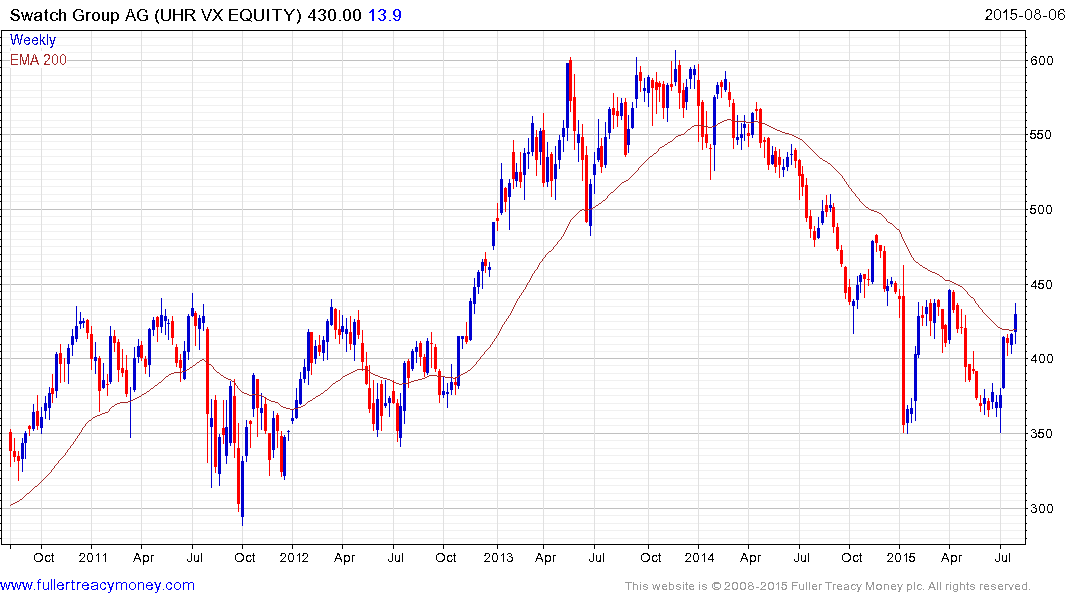 Elsewhere in the luxury good sector Swatch Group lost downward momentum from January and rallied this week to push back above the 200-day for the first time in  more than a year. A sustained move below CHF400 would be required to question current scope for continued higher to lateral ranging. 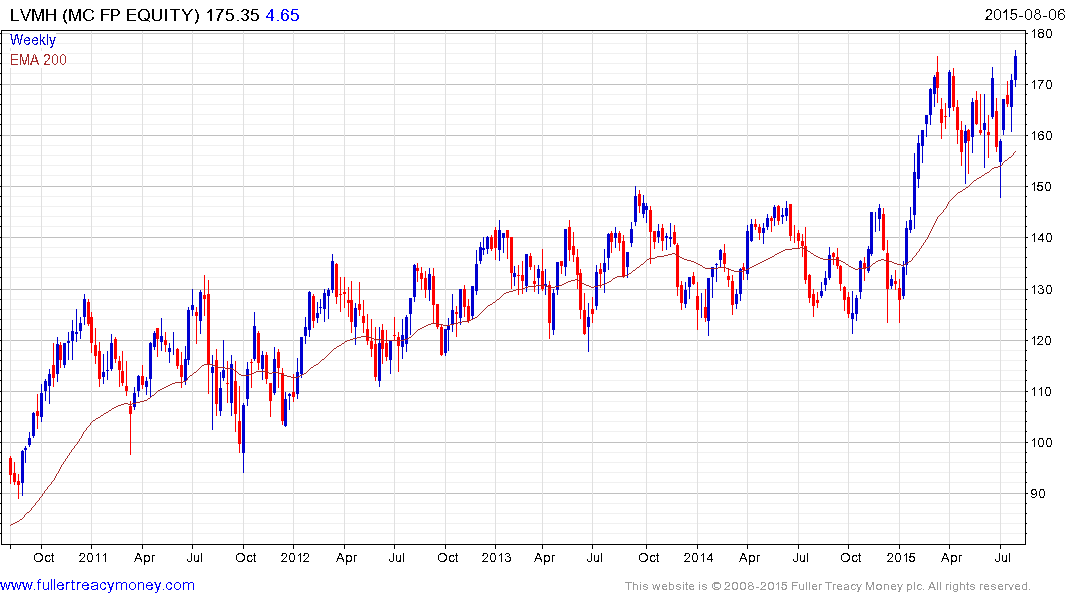 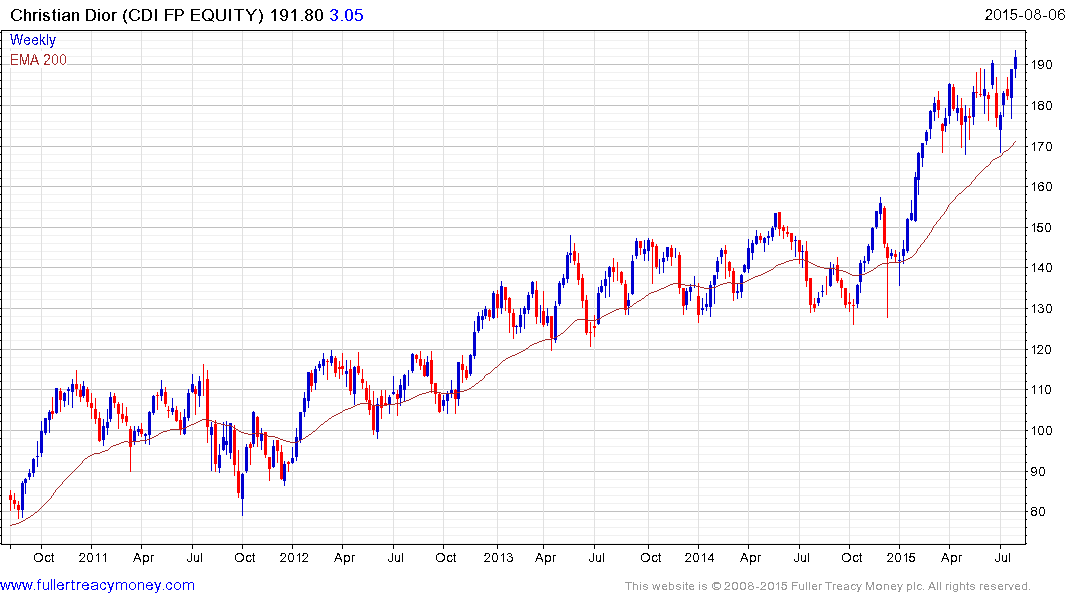 Among larger companies LVMH and Christian Dior are breaking up out of medium-term ranges. 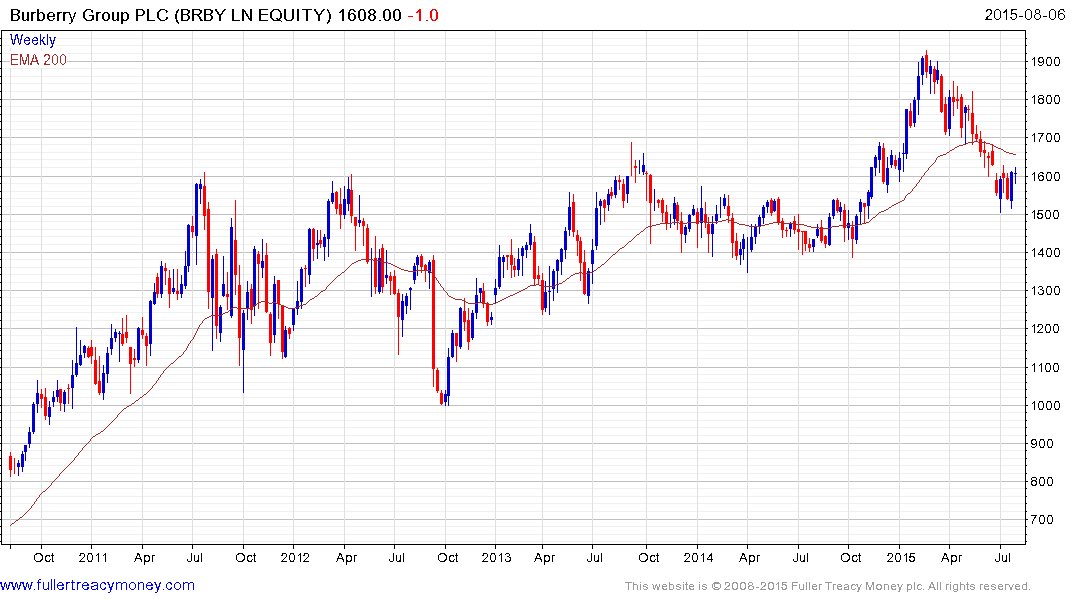 Burberry has found at least near-term support in the region of 1500p.

Against a background of weakness on Wall Street, the relative performance of the luxury goods sector is notable particularly if it can be sustained through the end of the week.