No signs of improvement. Since our previous adjustment of gaming revenue assumptions in early-January, Macau’s gaming market has shown further deterioration. In 2M15, gross gaming revenue (GGR) dropped 48.6% yoy to MOP43.3b, with VIP and mass-market GGR falling 40.3% yoy and 25.8% yoy respectively. As the trend suggests that 1Q15 GGR will fail to meet our previous MOP75.1b expectations, and various factors suggest fundamentals may deteriorate further before reaching the bottom, we further cut our expectations on future gaming revenue assumptions, with growth assumptions reduced to -21.2% (from -3.1%) for 2015 and +9.0% (from 12.7%) for 2016.

Besides declining revenue, we foresee that rising labour cost due to a labour shortage will put additional pressure on casino operators’ earnings. Several casino operators will be raising casino workers’ salaries by 5% in 2015. Hence, we lower 2015 and 2016 industry EBITDA assumptions by 27.0% and 32.4% respectively vs our previous estimates. We also lower our valuation multiples for casino operators because of the worsening market outlook

The anti-corruption campaign in mainland China has taken a toll on the fortunes of casinos, luxury goods and luxury drinks manufacturers. However while the leather goods and spirits companies are showing signs of renewed investor interest, Macau casinos are accelerating lower. 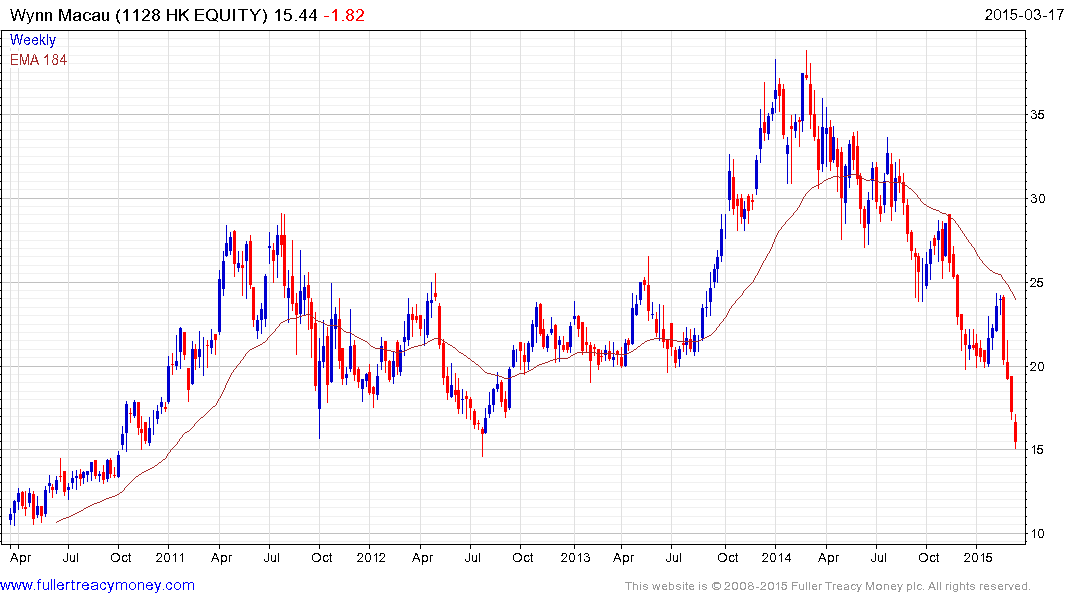 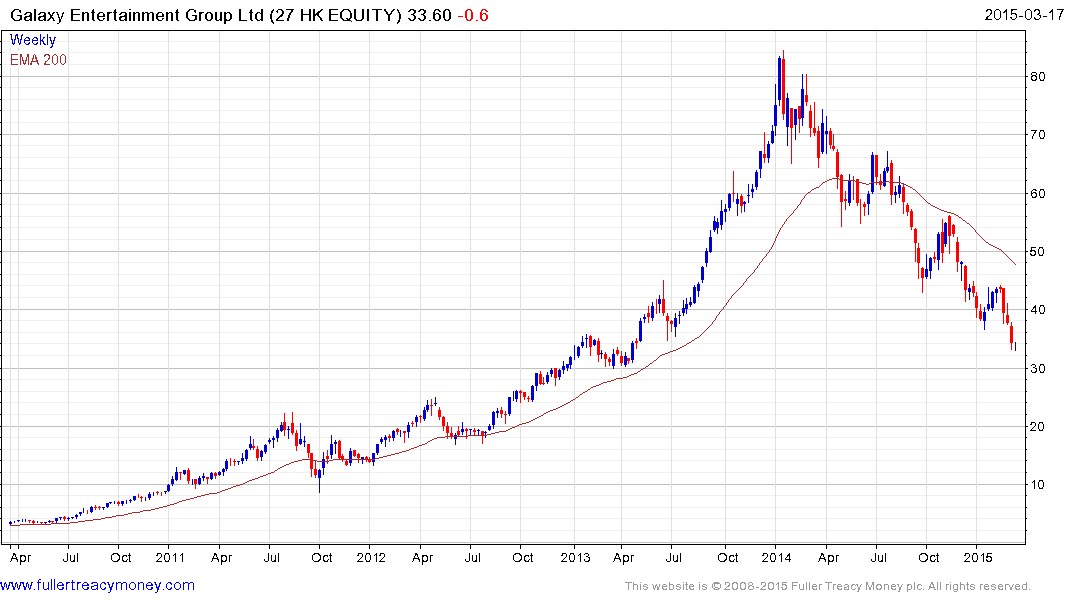 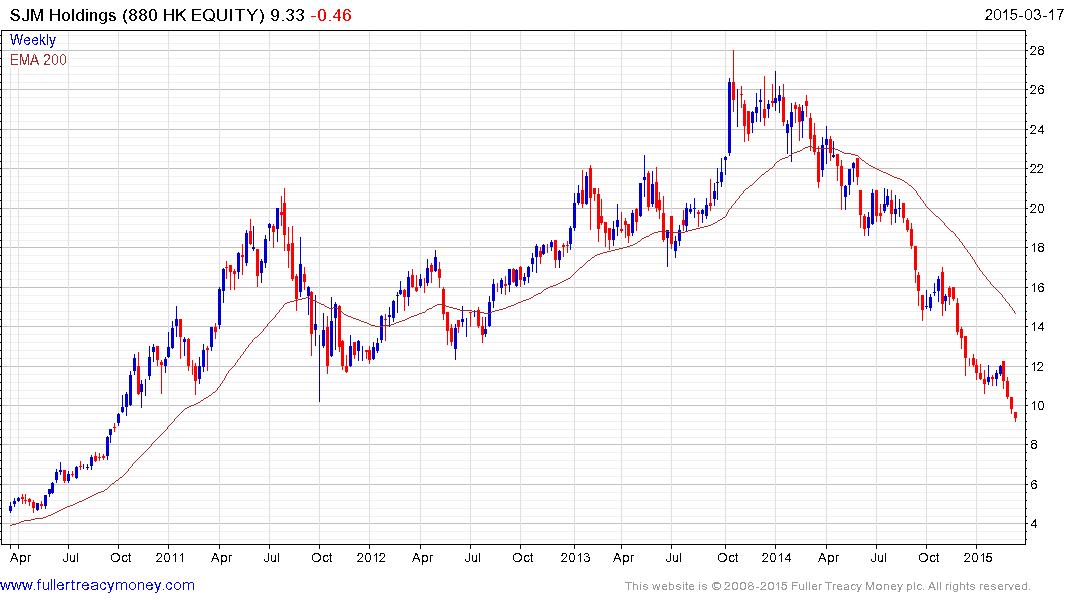 Nevertheless, as the sector trends lower it is interesting that Gaming and Leisure Properties Inc bid yesterday for Pinnacle Entertainment suggests at least someone sees value in gaming properties at the current valuations. This note from JPMorgan may also be of interest. 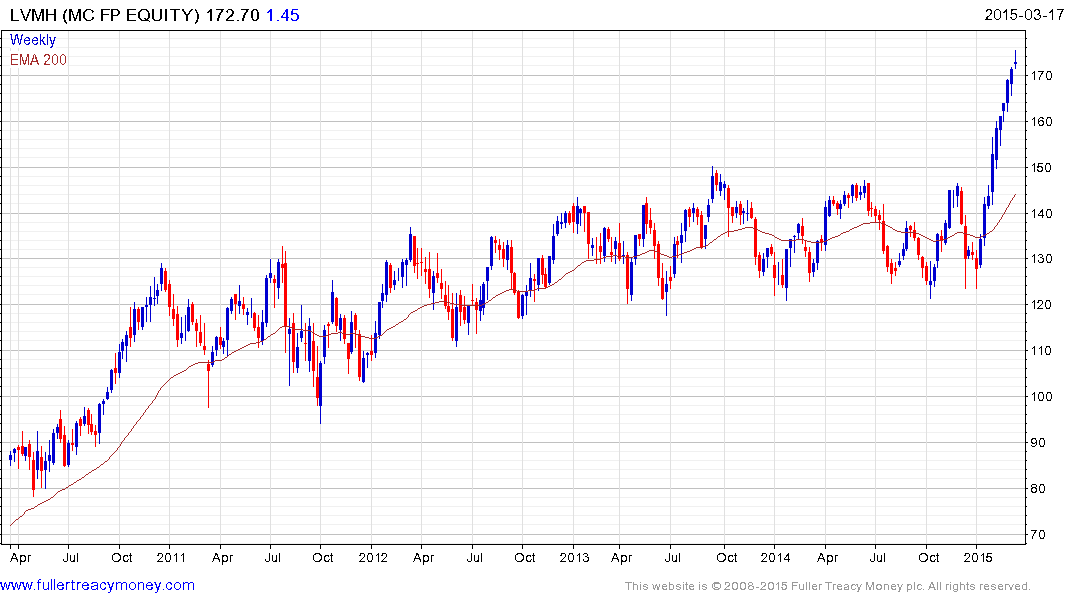 Elsewhere in the luxury goods sector LVMH (Est P/E 22.06, DY 1.85%) is becoming increasingly overextended in the short-term and a break in the progression of higher reaction lows currently near €165 would likely signal mean reversion is underway. 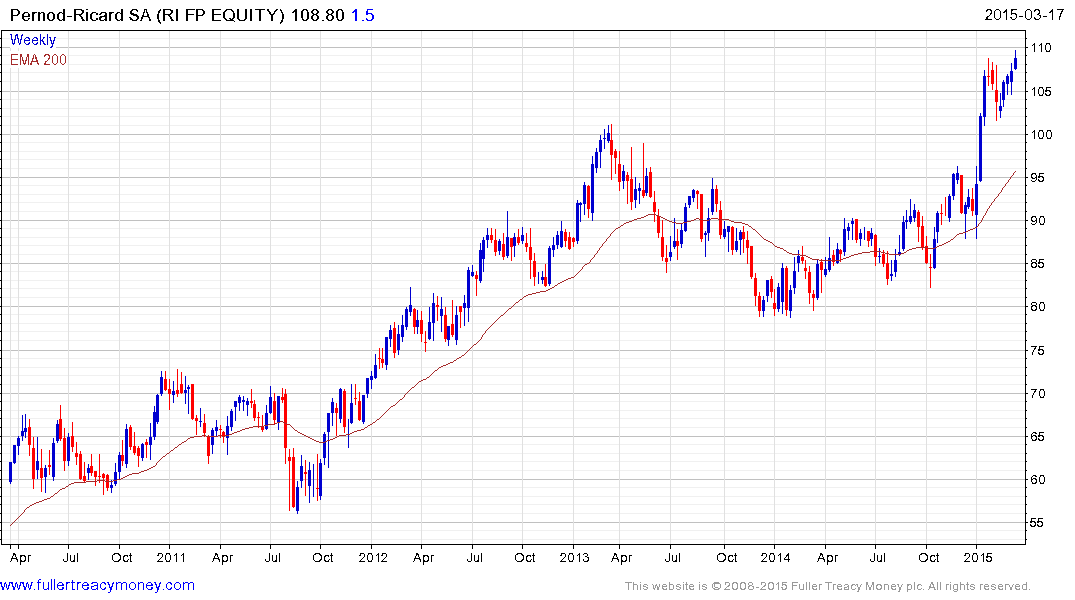 Pernod Ricard (Est P/E 21.93, DY 1.51%) spent 18 months ranging but broke out in January and a sustained move below €100 would be required to question medium-term scope for continued upside. 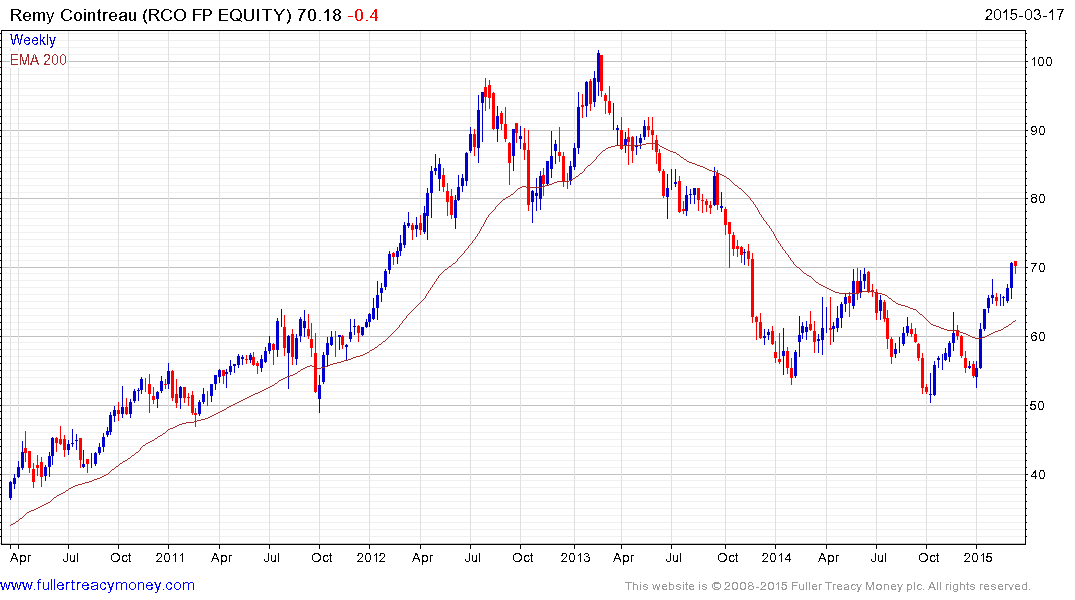 Remy Cointreau halved between 2013 and November 2014. It has since found support and is now testing the region of the 2014 peak. Some consolidation is possible in this area but a sustained move below the trend mean, currently near €62.25 would be required to question medium scope for additional higher to lateral ranging.