The bloc has already made a land grab for London’s euro swaps clearing business, urging its banks to accelerate a shift to Europe. Deutsche Boerse AG’s Eurex Clearing has built up a 19% share of the business over recent years although it is dwarfed by London’s market share.

In recent weeks, Goldman and JPMorgan Chase & Co. have indicated that between them more than 300 staff will move to continental cities. Goldman is shifting as much as $60 billion in assets to Frankfurt, while JPMorgan is moving about $230 billion to the German city.

Consultancy EY said in a new report Monday that only 10% of big financial services firms are planning to establish or expand operations in the U.K. in the coming year, discouraged by the uncertainties of Brexit and the Covid-19 pandemic. That’s down from 45% in April.

The City of London is the UK’s cash cow and that is particularly true since North Sea oil went into decline. The City employed 360,000 people in banks and contributed £31 billion in taxes in the 2017. In the aftermath of Brexit, both those figures will be smaller but not catastrophically so.

The bulk of business migrating to the Eurozone will be the administrative work for middle office and back function required by regulations. Market making, insurance underwriting, foreign exchange, commodity trading etc. will have not need to migrate.

The question is what sector will emerge to generate jobs, investment and exports in future? Boris Johnson is betting on technology with spending on R&D boosted significantly over the last couple of years. That’s a long-term objective however. In the meantime, regulatory and taxation arbitrage are the most expedient tools at the UK’s disposal which is why Brexit negotiations have been so difficult to conclude. 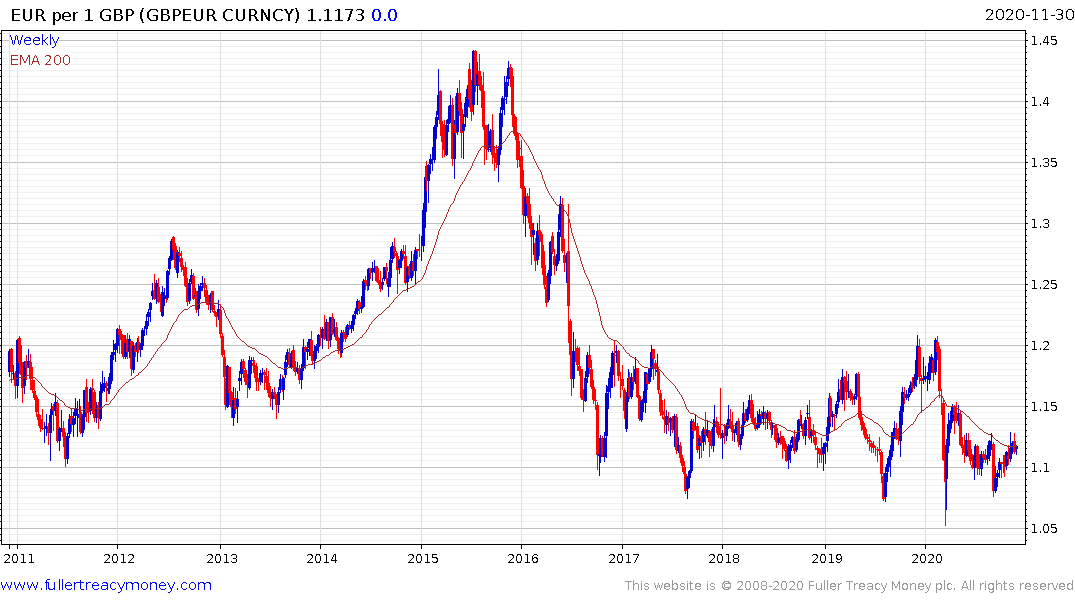 The Pound continues to hold above the €1.10 area and has been trading with an upward bias since September. That suggests the market believes a reasonably benign settlement will be reached even if it is not what purists wish for. 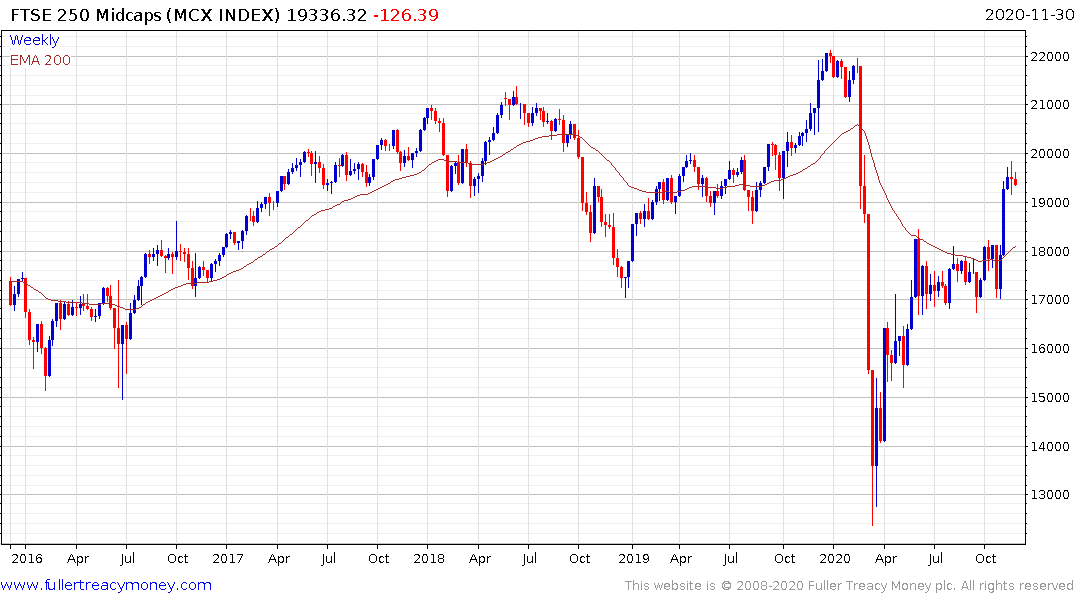 The FTSE-250 Index has paused below the 20,000 level while it unwinds the short-term overbought condition. 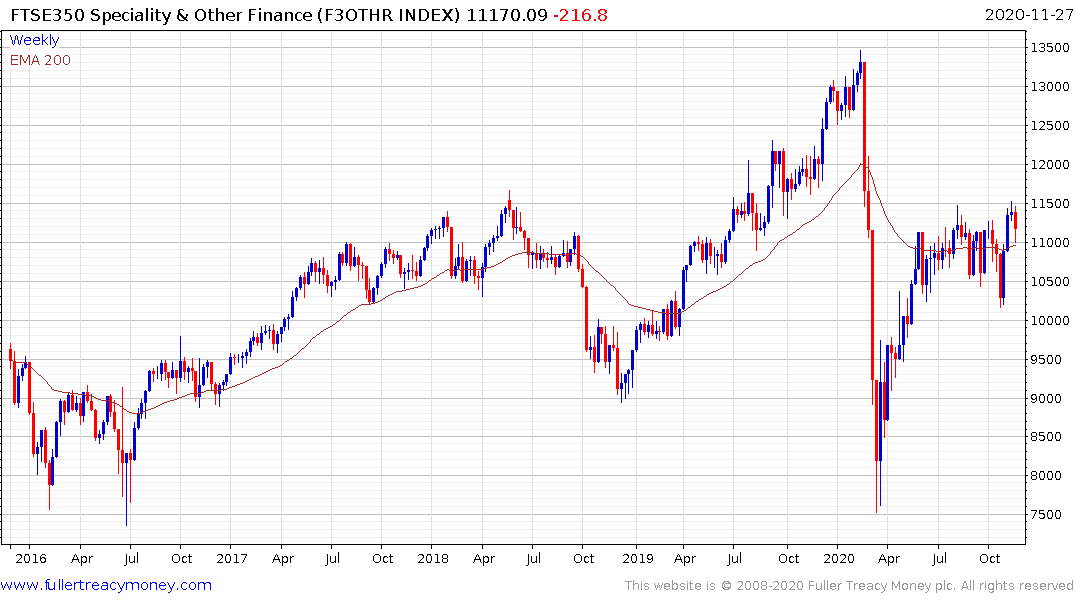 The FTSE-350 Financial Services Index has lagged the wider market but is trading above its 200-day MA.