“The mindset is still quite cautious about inflation expectations, but I’m quite sure that with continuous accommodative monetary policy, supported by fiscal policy, we’d be able to eventually raise wages and prices significantly,”

* Yield curve control “has been functioning quite well”

* 10-yr JGB target should, for the time being, be maintained around 0%

Since its bubble burst in the late 1980s Japan has been attempting to combat deflation and despite its best efforts failed. The big question is whether this was because they were not aggressive enough early on in forcing the banking sector to write down large bad loan books, or was it because their bust occurred in one of the greatest disinflationary periods in modern history and no matter what they did they could not have fomented inflation? I suspect the answer lies somewhere in between.

A decade ago veteran investors will remember research reports circulating about how tightly correlated the Nikkei and US Treasury yields were. The logic of the argument went something like this. The Japanese have excess savings and would rather own US Treasuries for yield than Japanese stocks so if yields compress so does the Nikkei-225. The opposite was also true because when Treasury prices fell, Japanese investors repatriated some of their money and fuelled the stock market. 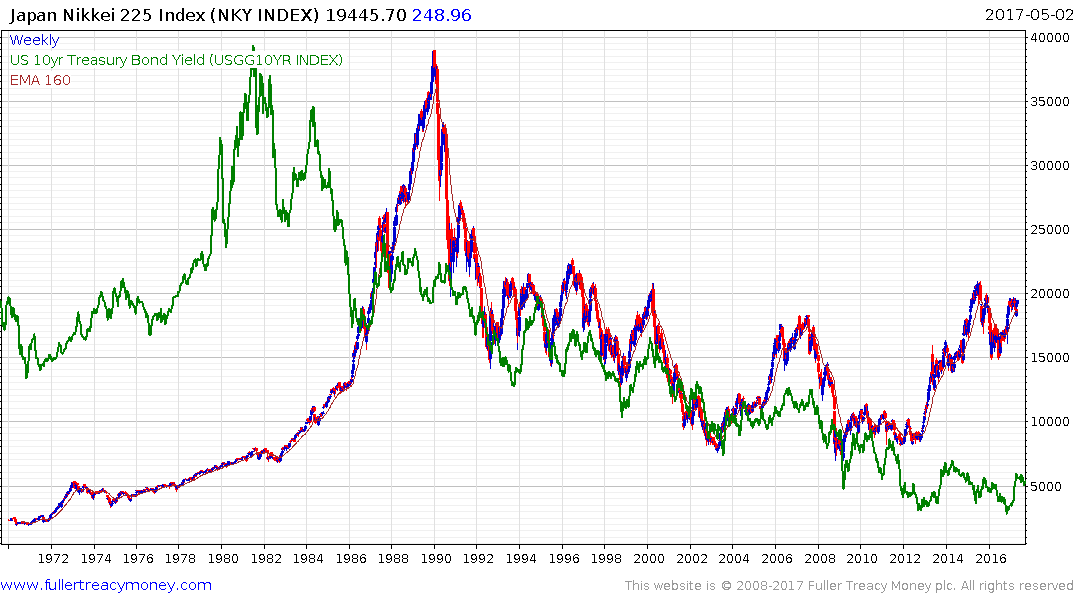 The correlation broke down in 2013 following the introduction of Abenomics; namely Yen devaluation and direct stock purchases by the central bank. However what I find quite interesting is the correlation has emerged again over the last two years and the Nikkei-225 continues to represent a high beta play when it rallies. 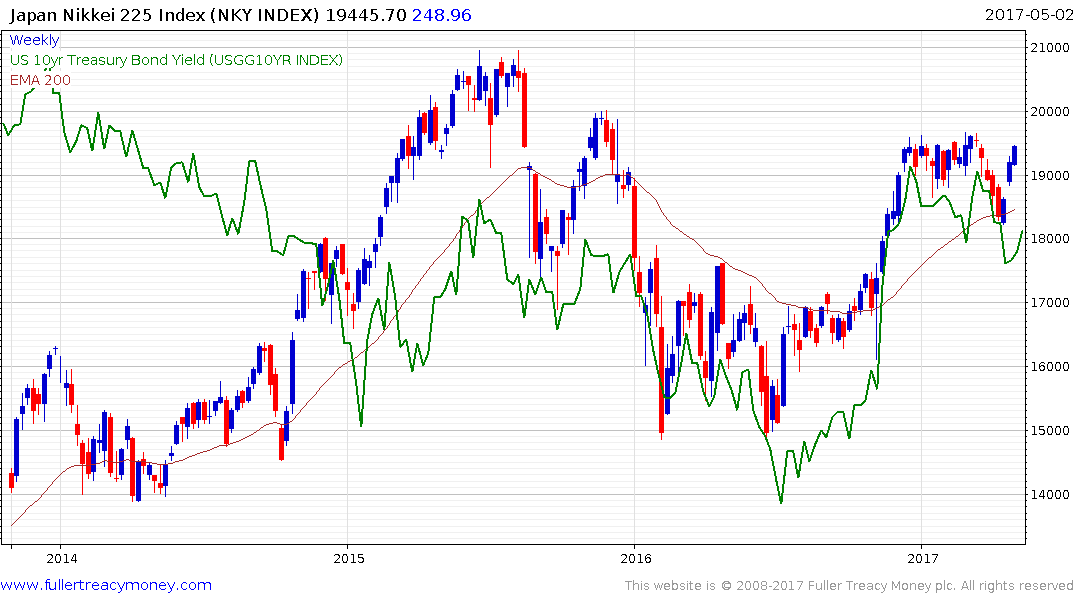 A common question we receive is how to benefit from a bear market in Treasuries because the cost of shorting in a rising interest rate environment can be prohibitive. The simple answer might be to be long stocks and particularly Japan because that could be among the countries to benefit most from a return of inflation.