“The Chinese economy continues to show it’s over the worst,” said Shunichi Otsuka, general manager of research and strategy at Ichiyoshi Securities Co. “The recovery in the Purchasing Managers’ Index is a positive catalyst for Japanese shares. While U.S. data are mixed, the economy is generally trending toward recovery.”

Daikin Industries gained 2.4 percent to 6,212 yen. Nissan Motor Co., which gets about 12 percent of its sales from Asia excluding Japan, rose 0.9 percent to 927 yen.

Japanese data showed capital spending in the first quarter rose 7.4 percent year on year, the most since the April-June quarter of 2012. Analysts surveyed by Bloomberg had expected a 5.8 percent advance.

?Toyota Motor Corp., the world’s largest carmaker, will invest about 500 billion yen in domestic facilities this fiscal year, the most since the global financial crisis, the Nikkei newspaper reported. Panasonic Corp. will spend about 255 billion yen in Japan, while the figure for Toshiba Corp. will be about 370 billion yen, according to the report.

While returns from developed market indices have been lacklustre year-to-date, Japan’s Nikkei-225 has fallen 8.3% which puts it among the worst performers. As one of last year’s more impressive market’s Japan has gone through a period of consolidation which has weighed on sentiment and led to questioning of the administration’s commitment to combatting what had been a secular deflationary environment. 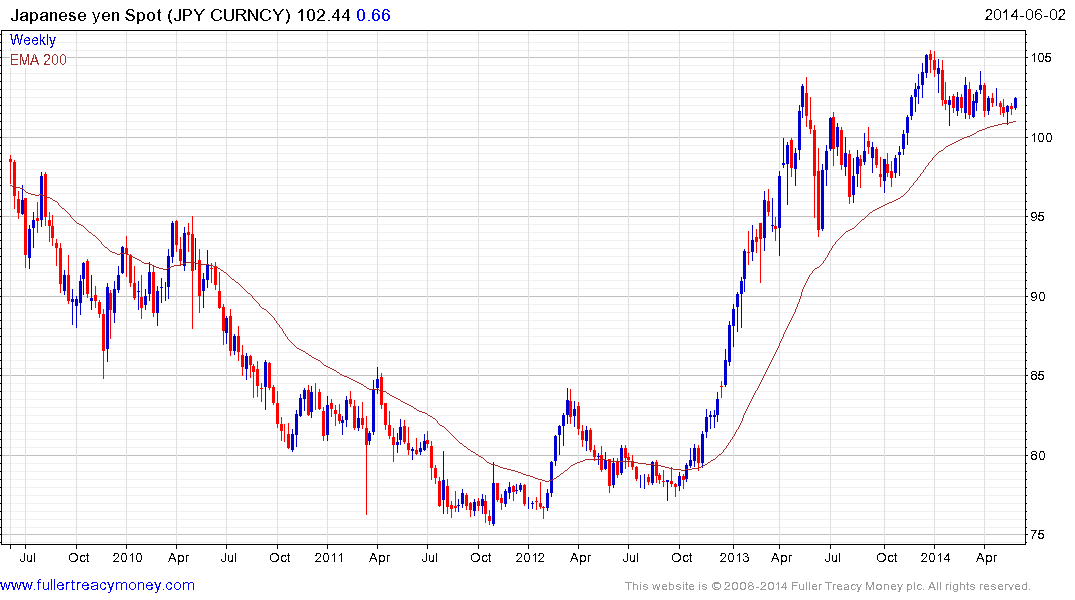 The Bank of Japan continues to engage in quantitative easing with the most recent announcement of a purchase of ¥260 billion in reasonably long-dated bonds. The pace of the Dollar’s uptrend against the Yen has moderated but the progression of higher reaction lows remains intact as it continues to find support in the region of ¥100. A sustained move below that level would be required to question medium-term scope for continued higher to lateral ranging. 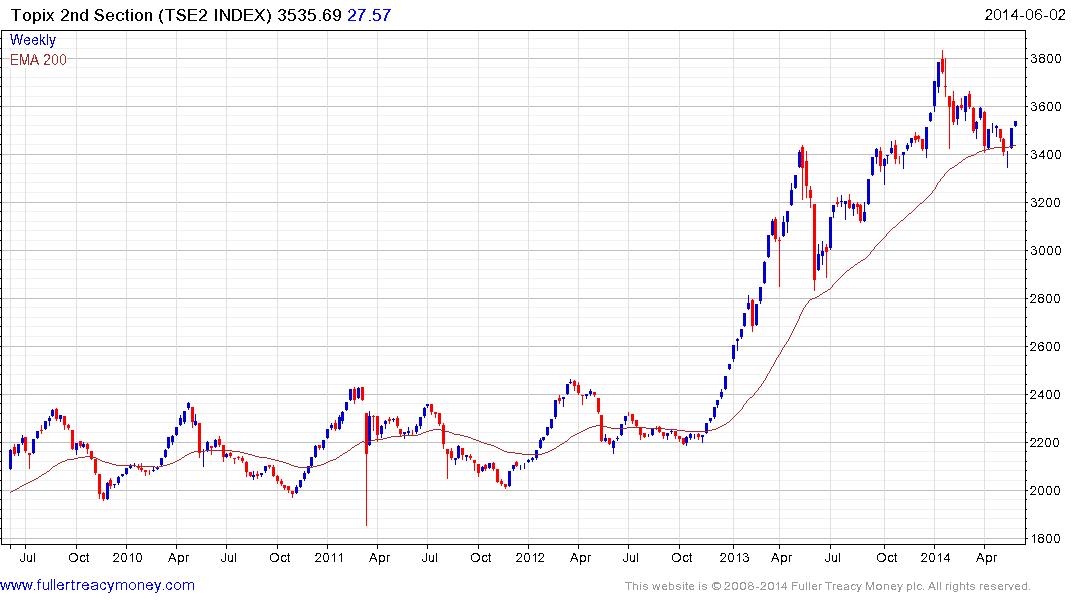 The Topix 2nd Section Index of small caps is sensitive to the liquidity cycle and often leads. It extended its short-term rally today to break the four-month downtrend. A sustained move below 3400 would now be required to question potential for additional upside. 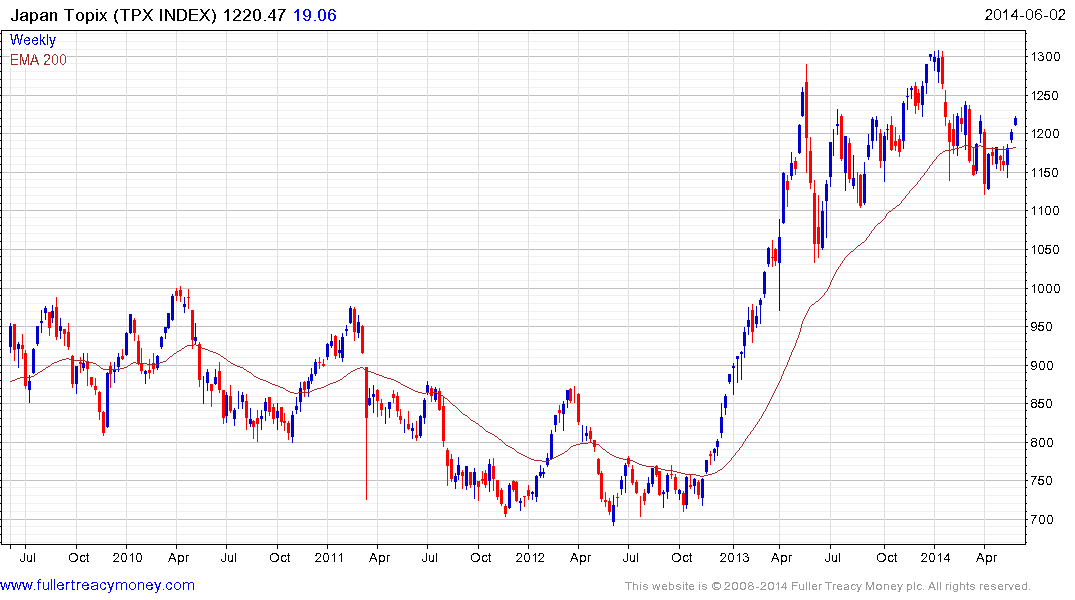