For others, Italy’s euroskeptic government is just the embodiment of the populist sentiment taking root across Europe, which could threaten the bloc’s future and weigh on the euro for the months or even years to come.

Borghi, head of Italy’s lower house budget committee and a well-known euroskeptic, said in an interview on Radio Anch’io that “Italy, with its own currency, would be able to resolve its problems.”

“The comments about Italy having its own currency have touched a sore point,” said Jane Foley, head of foreign-exchange strategy at Rabobank International. “While the return of the lira would be almost impossible and hugely inflationary even if it could happen, the fact that the remarks can be read as anti-EMU sentiment are worrisome.”

The response of the market to the Italian government’s decision to splurge on its budget has been predictable and yields broke out to new recovery highs today. Populist rhetoric has been very vocal in saying they are not afraid of the spread but they have not yet had a taste of what higher borrowing costs will mean for the economy. 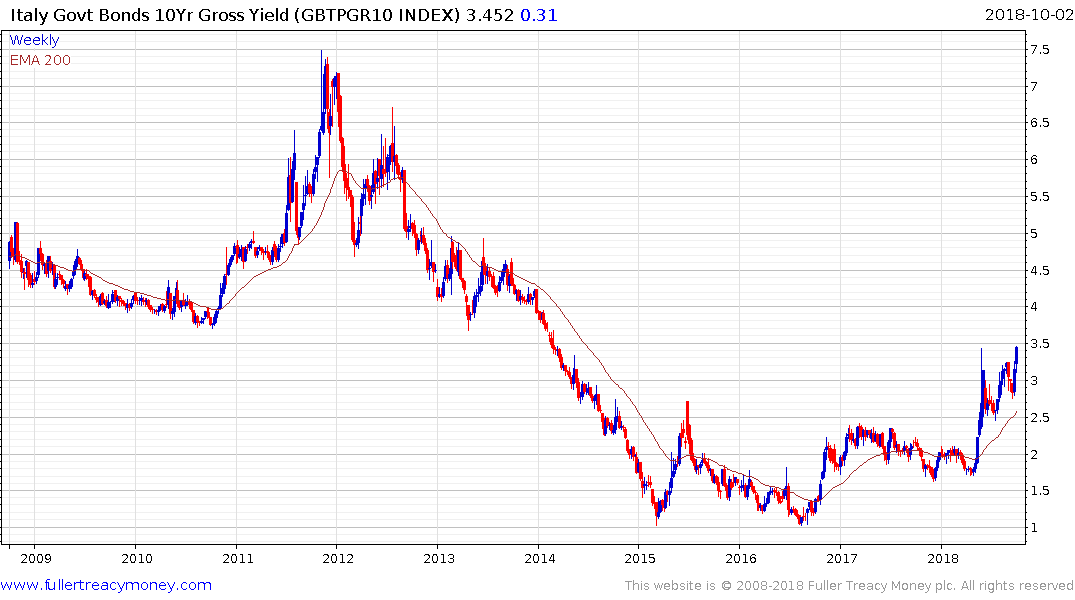 The natural comparison today is with the run-up in yields back in 2010. On that occasion the 10-year rallied by 284 basis points in the space of 12 months. On this occasion, although coming from a lower base, the yield has so far rallied 232 points. That lower base offers a substantial runway for additional expansion. 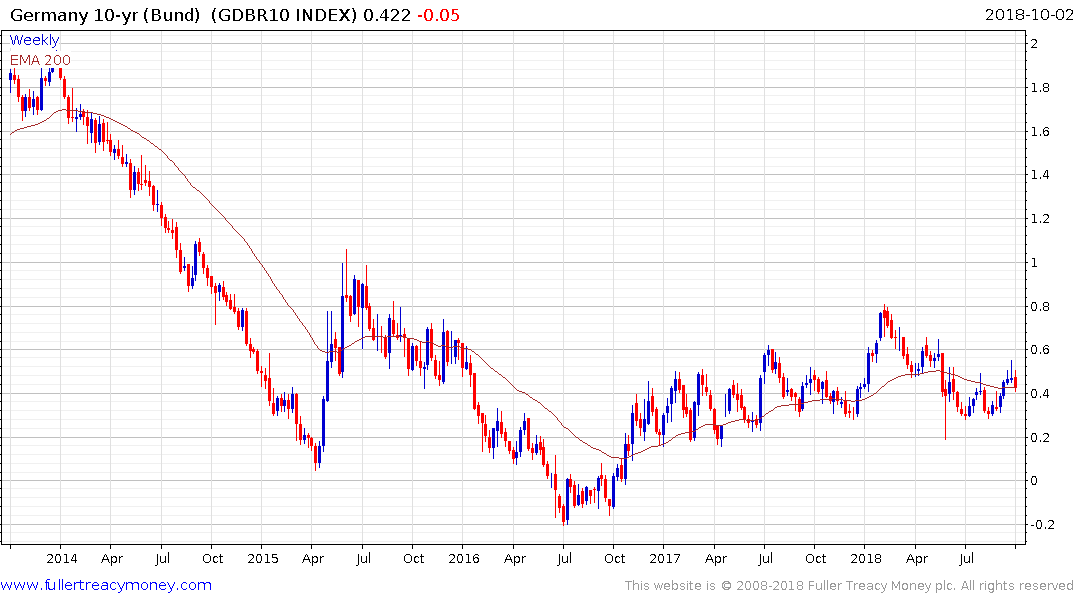 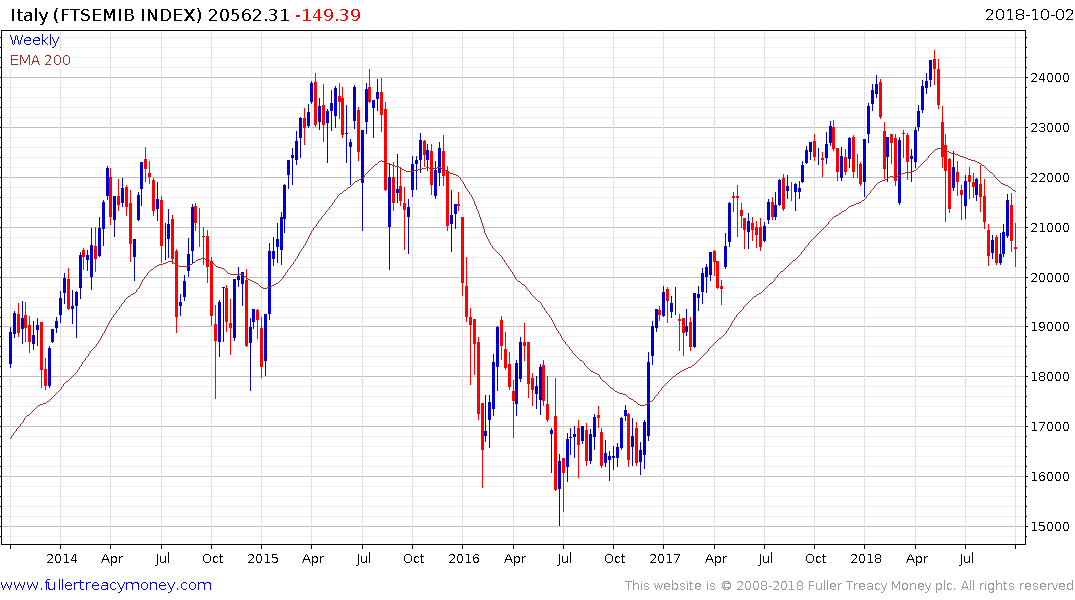 The Italian stock market was steady today but the banks continue to experience selling pressure. Intesa Sanpaolo and Unicredit are leading on the downside not least because of their respective exposure to Italian sovereign bonds. 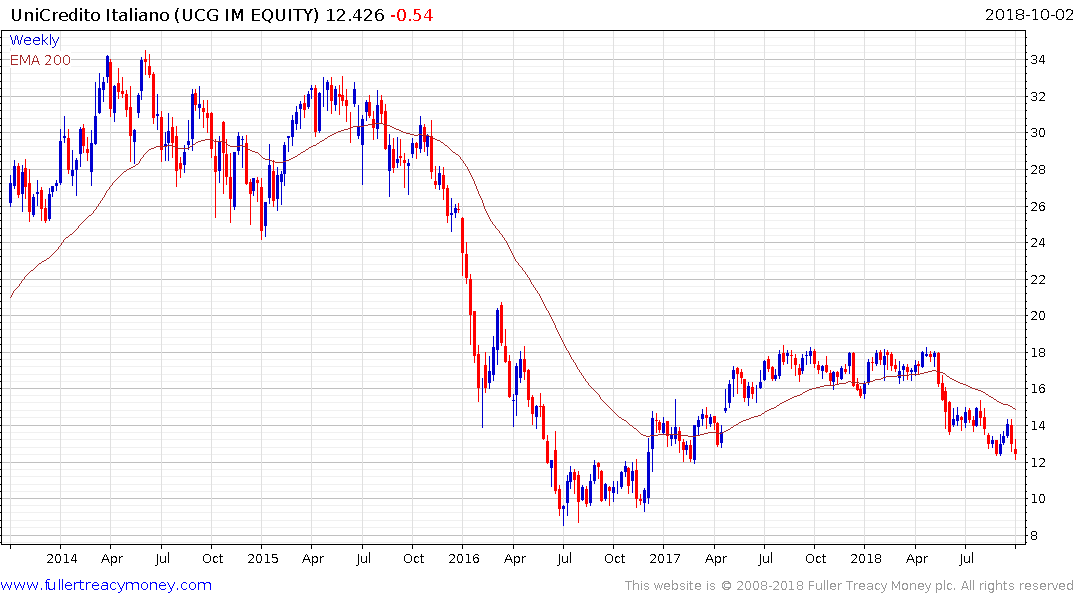 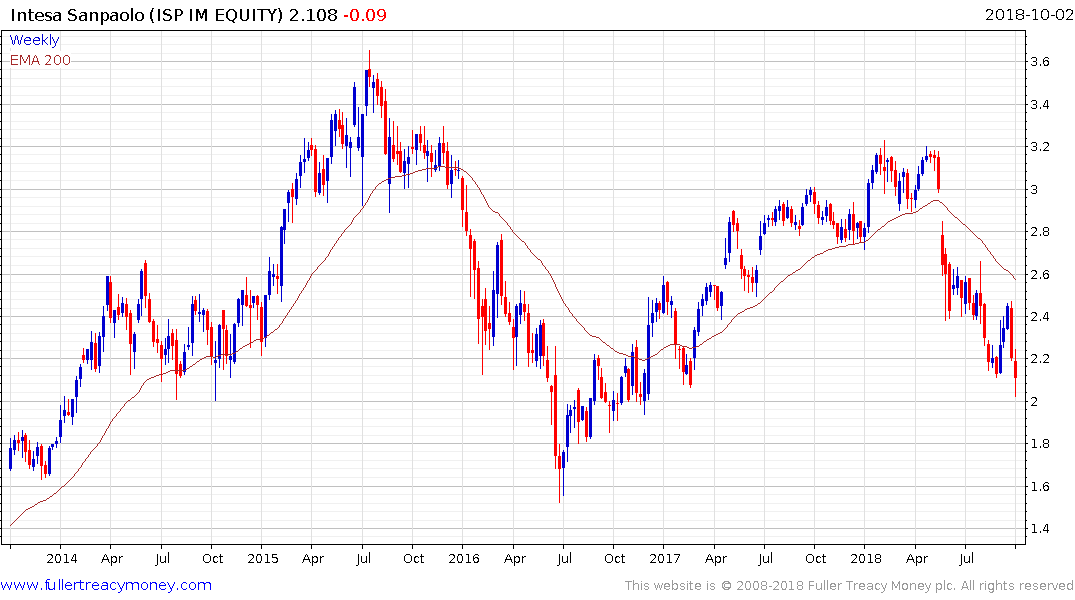 Gold rebounded back up into its range today is trading back above the psychological $1200 level. It needs to follow through on the upside to begin to pressure shorts and confirm a return to demand dominance beyond short-term steadying. 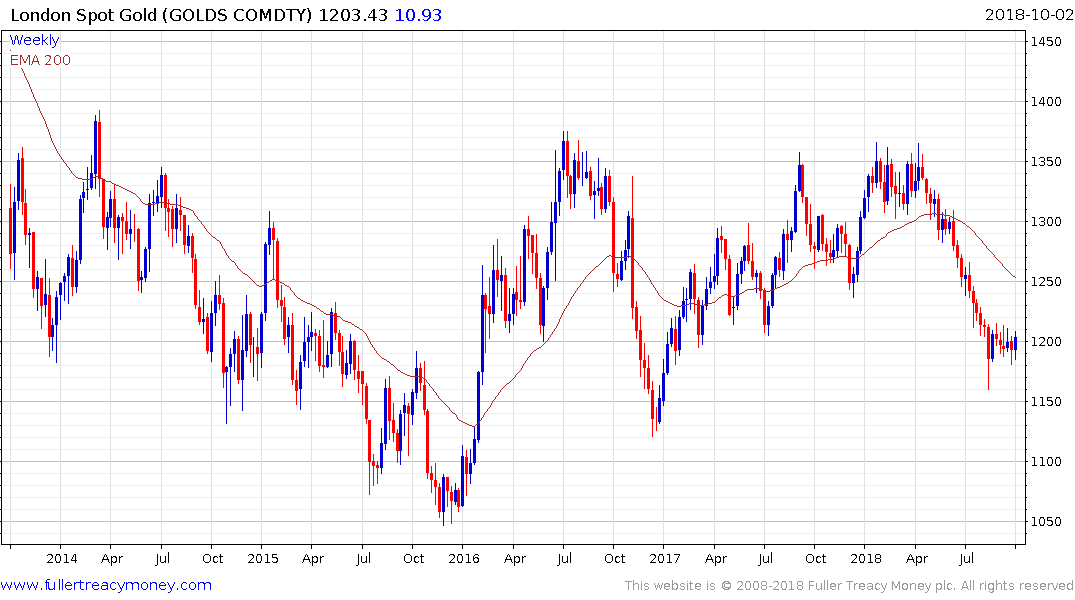