The rupee retreated 0.5 percent, snapping two days of gains, to 64.17 a dollar in Mumbai, prices from local banks compiled by Bloomberg show. It touched 64.2650 earlier. The currency had fallen to 64.28 on May 7, the weakest level since September 2013. The S&P BSE Sensex index, India's benchmark equity gauge, slumped 2.3 percent. "The recent rise in U.S. yields has put some pressure on Indian bonds," said Paresh Nayar, head of currency and money markets at FirstRand Ltd. in Mumbai. "That, along with weakness in local equities, is pulling down the rupee."

In addition to Narendra Modi's charisma and absolute majority, the stability of the Rupee, in the aftermath of an aggressive period of weakness, has been a major contributor to the confidence foreign investors feel towards India's development potential. With a safe pair of hands at the helm of the RBI, in Rajan, the Rupee's acceleration lower stopped in 2013. However its relative strength particularly against the currencies of its major trading partners, over the last year has been a headwind for the economy. 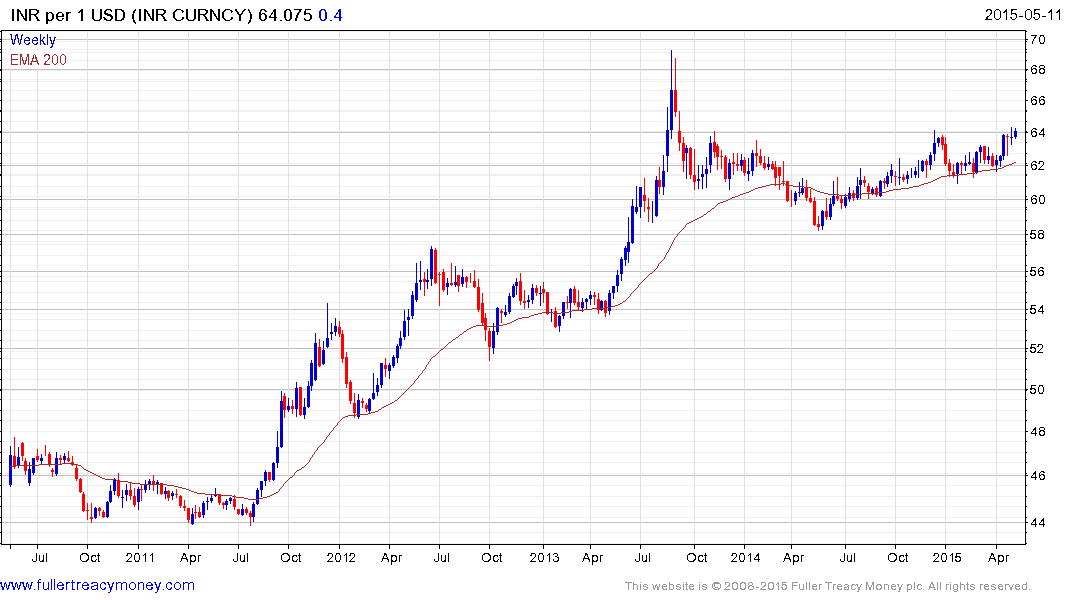 The US Dollar moved above the psychological INR64 area this week and a clear downward dynamic would be required to question current scope for additional higher to lateral ranging. 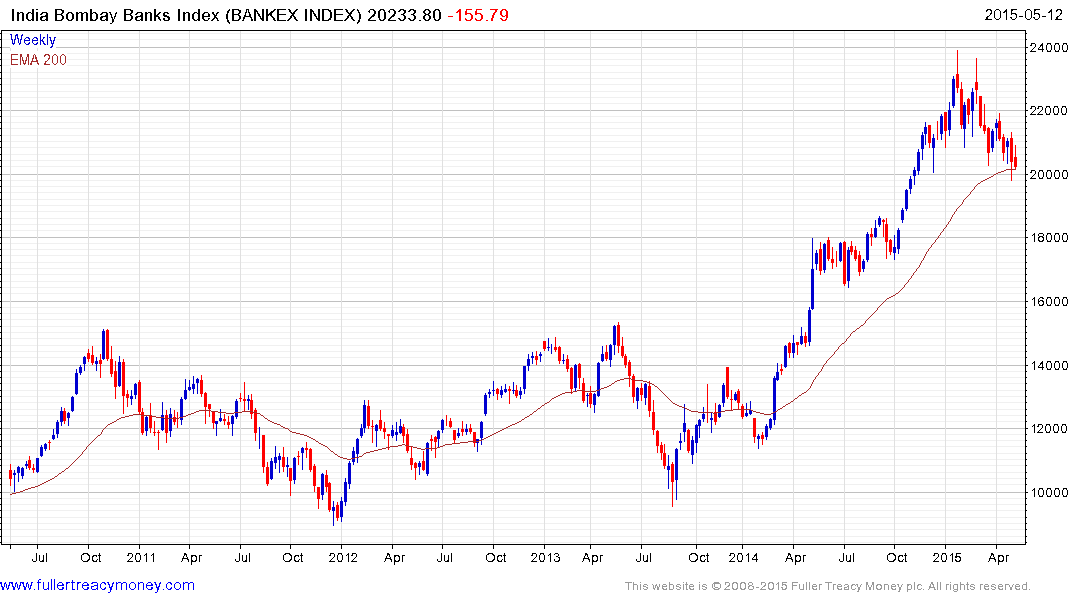 The Bombay Banks Index has returned to test the psychological 20,000 level and the region of the 200-day MA. It will need to demonstrate support in this area and break back above 21,000 to break this year¡¯s progression of lower rally highs.
The Nifty Index has dropped below the trend mean and also needs to break the short-term progression of lower rally highs to signal a return to demand dominance beyond the short term. 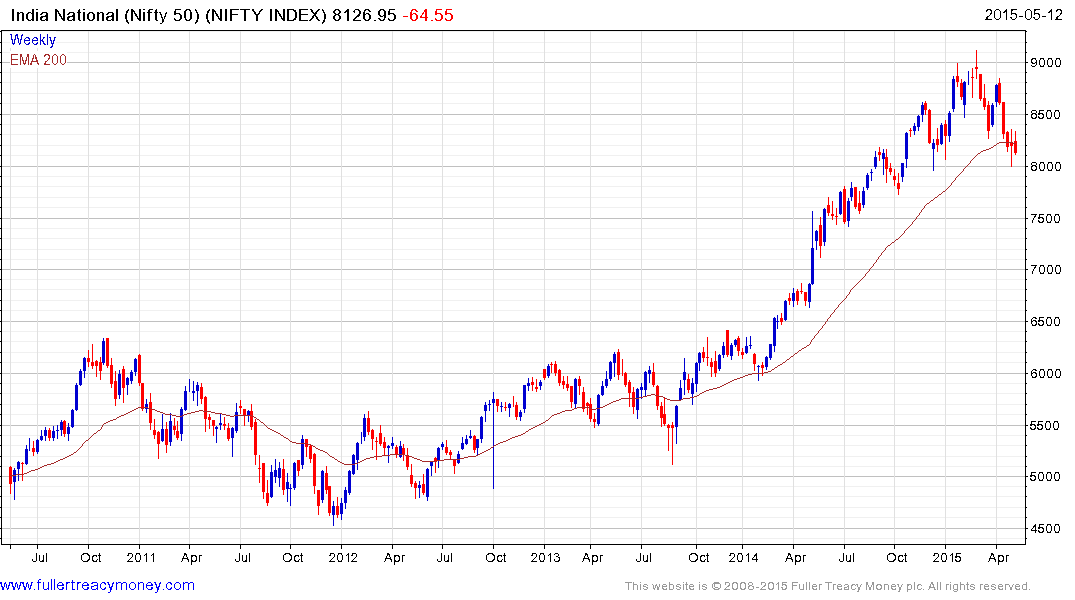 An additional point David has made is that China's strong stock market performance in recent months has syphoned some global investment cash away from India.