Is the worst over for India’s much-battered bond market? Standard Chartered Plc and Nomura Holdings Inc. seem to think so.

The lenders are among investors who are adding to their Indian debt holdings, betting that the central bank will stay on hold for the rest of the year after raising interest rates last week for the second time since June.

“Current Indian government bond valuations already reflect most of the negative factors the market has been worried about in 2018,” Nagaraj Kulkarni, an Asia rates strategist at Standard Chartered Bank in Singapore, wrote in a note.

Standard Chartered raised its three-month bond outlook to positive after the Reserve Bank of India kept its neutral policy stance last Wednesday and signaled that its rate increase isn’t the start of an extended tightening cycle. Nomura is bullish on five-year securities and has added to its holdings of debt due 2020, it said in note after the RBI decision.

“The market had become over-bearish on the quantum and the pace of hikes and is getting repriced,” said R. Sivakumar, head of fixed income in Mumbai at Axis Asset Management Co., which oversees around $11.5 billion in assets. “We advise investors to stay in short-to-medium term strategies.”

The gap between the RBI’s benchmark rate and the 10-year yield -- a key market metric -- has narrowed to 126 basis points from the year’s peak of 178. Even so, the spread is higher than the five-year average of 75 basis points, indicating further tightening is baked in, Standard Chartered says.

Investors demand higher yields when they are worried about inflation. It is reasonable to think that the run-up in India yields from 6.5% to 8% is at least in part attributable to rising inflation fears not least as populist measures to lock in voter approval ahead of next year’s election continue to be put in place. 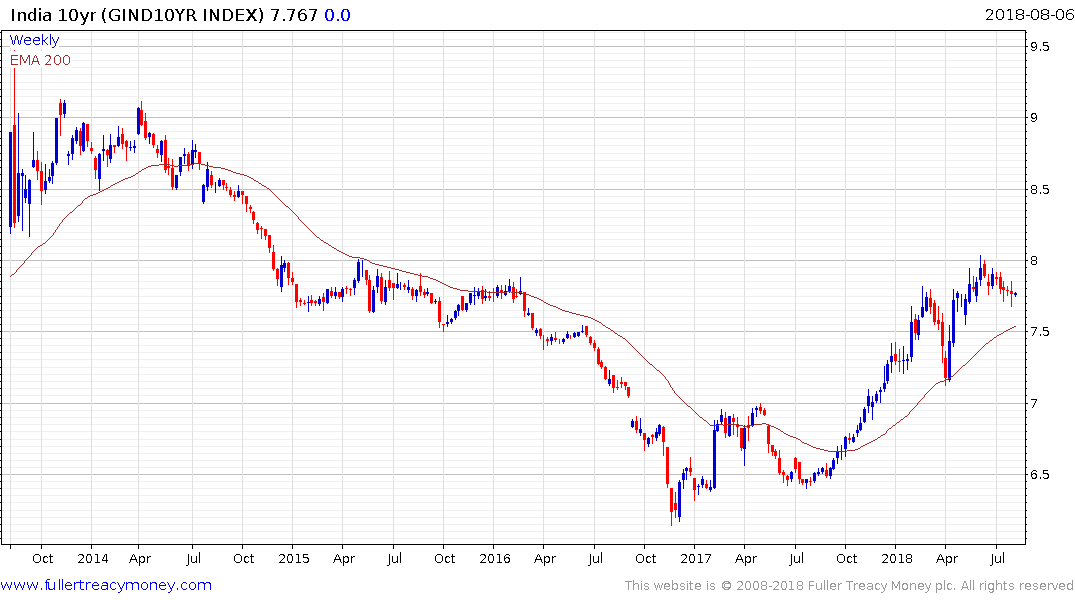 The yield is currently unwinding an overextension relative to the trend mean but a sustained move below 7.5% would be required to confirm a return to demand dominance. 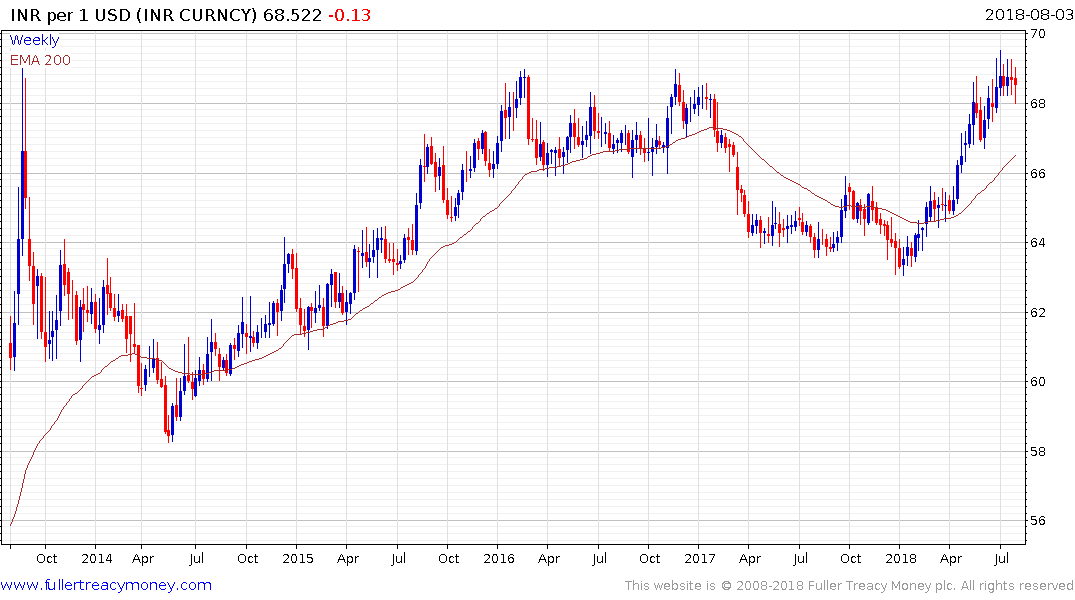 The Dollar continues to firm within its range against the Indian Rupee and a clear downward dynamic would be required to question potential for additional upside. 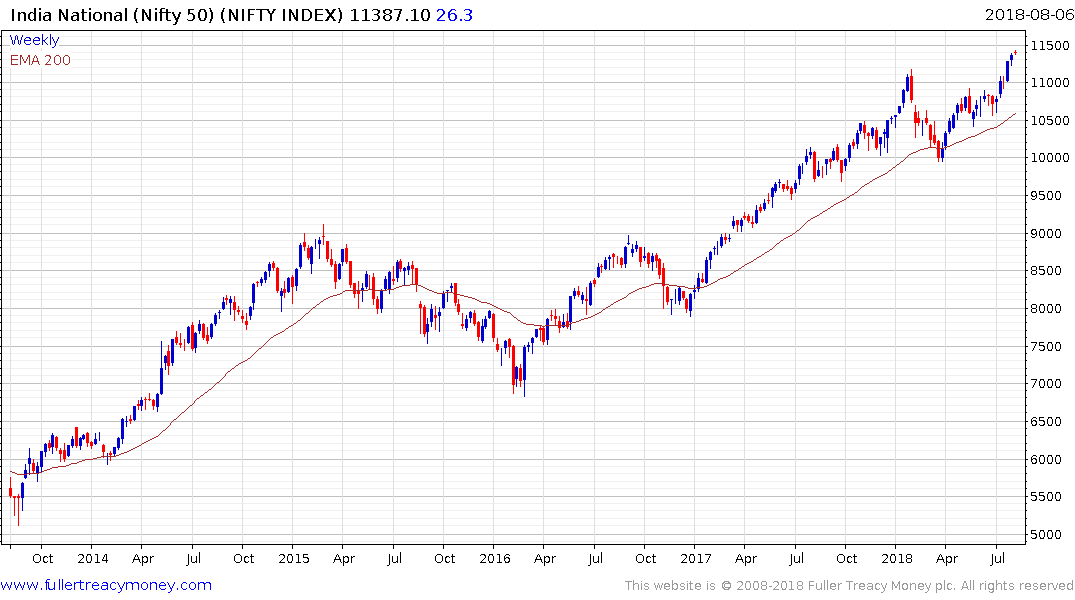 The Nifty Index hit another new all-time high today but looks susceptible to some consolidation following what has been an impressive rebound over the last six weeks. 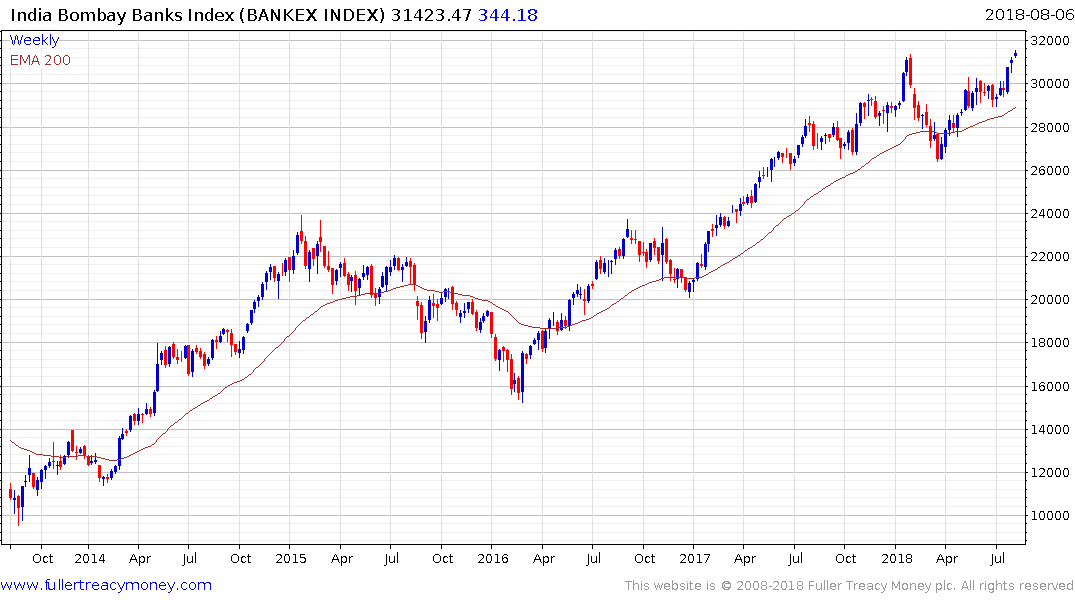 The Bombay Banks Index also hit a new all-time high today but is somewhat overbought in the short term. 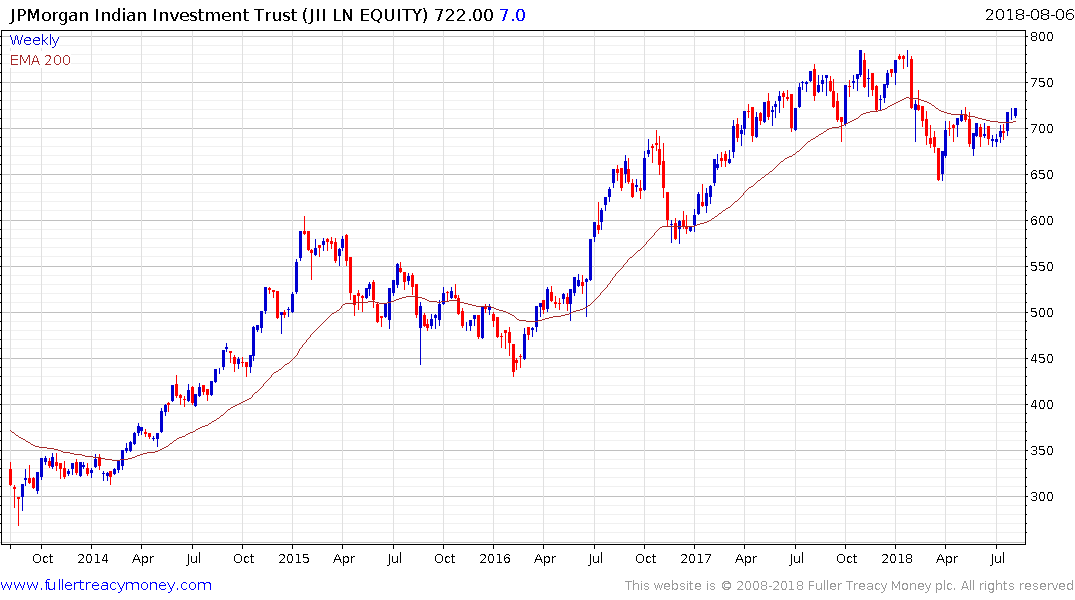 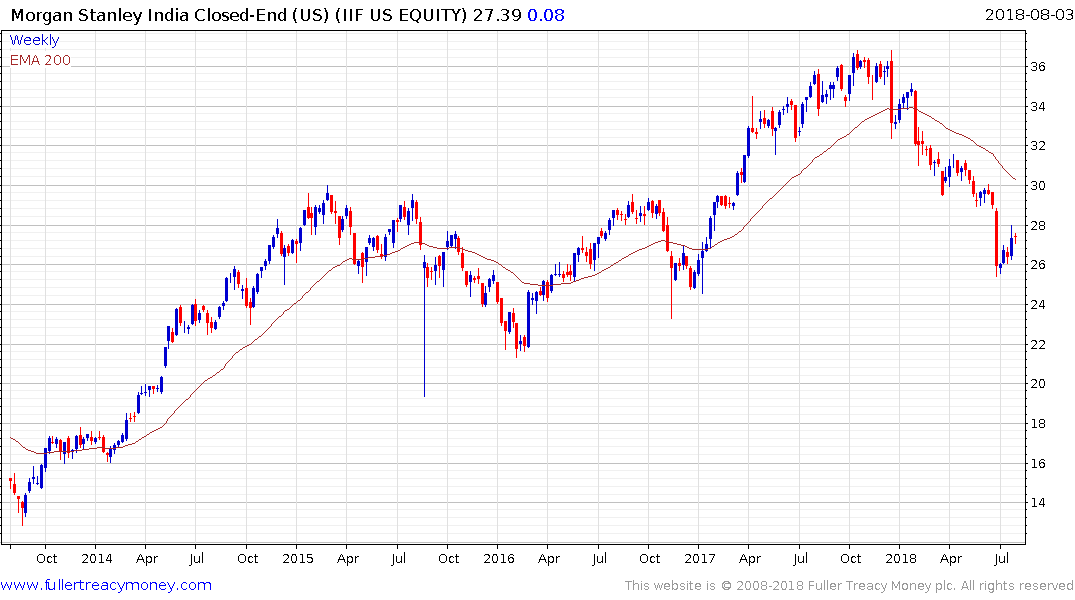 The weakness of the Pound has flattered the performance of the JPMorgan India Trust which is now back above the trend mean but the Morgan Stanley India Investment Fund is still trading below the trend mean because of the Dollar’s strength.

Considering the continued downward pressure on the Renminbi and the knock-on effect that has for regional currency markets the balance of probabilities is skewed towards continued Rupee weakness which has so far flattered the stock market in nominal terms.