Against a background where commodity related businesses have been under rather extreme pressure, farm machinery shares have exhibited relative strength. Crops have generally been favourable which has contributed to falling prices and the strength of the US Dollar has contributed to weakness. However as potential that agriculture prices have found at least a near-term low improves, the farm machinery sector may be worth studying in great detail. 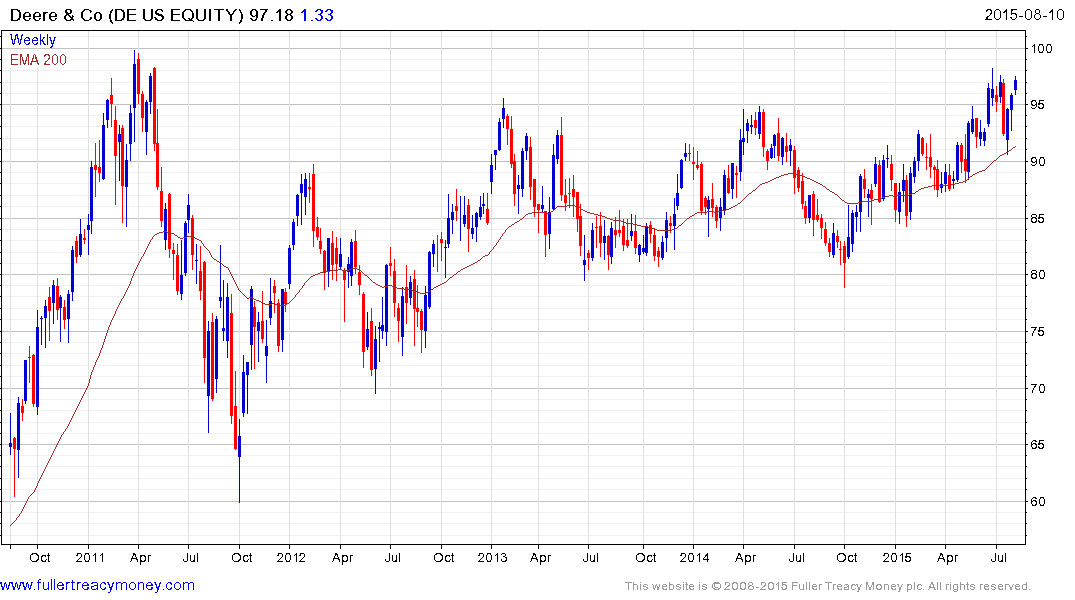 Deere (Est P/E 17.15, DY 2.47%) has been ranging with a mild upward bias since experiencing a deep correction in 2011. It found support at the beginning of the month near $90 and the region of the 200-day MA. A sustained move below that level would be required to question medium-term scope for additional upside. 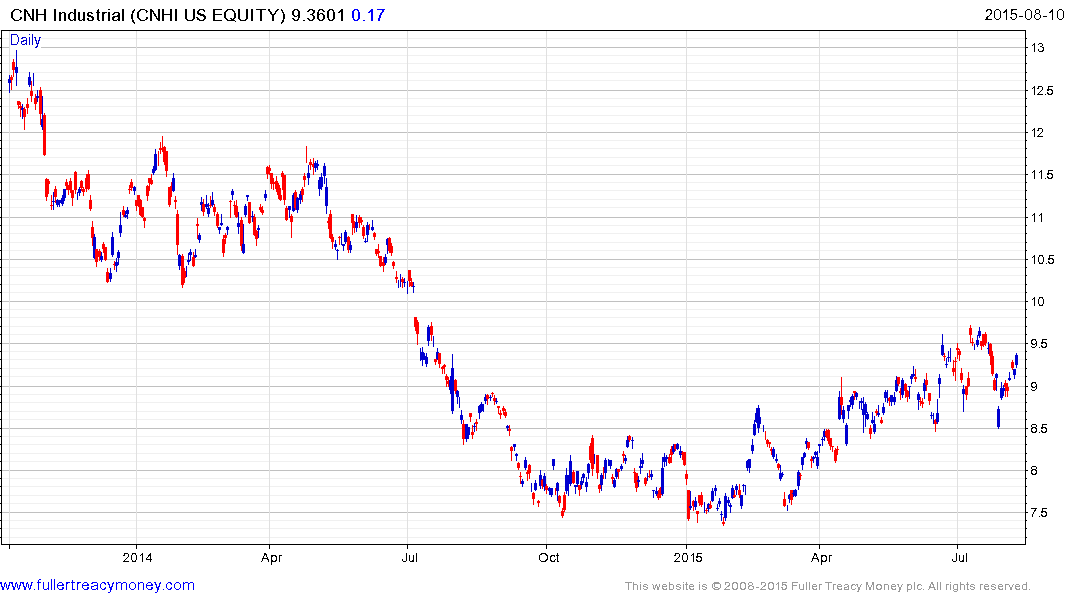 CNH Industrial (Est P/E 22.24, DY 2.3%) is the new listing of the old CNH Global and only has a year of back history. The found support in the region of $7.5 from late last year and has been improving steadily since. 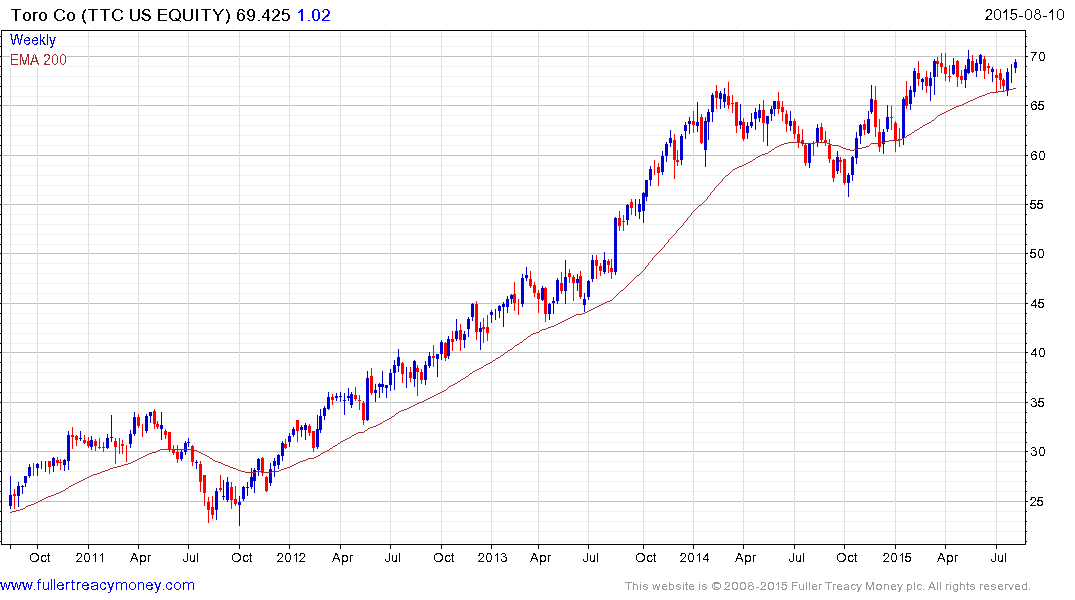 Toro Corp (Est P/E 20.16, DY 1.44%) has been trending consistently higher since 2009. The trend has been punctuated by two somewhat larger reactions in 2011 and 2014 respectively but it rebounded successfully on both occasions. The share found support three weeks ago in the region of the trend mean and posted an upside weekly key reversal. A sustained move below $66 would be required to question current scope for additional upside. 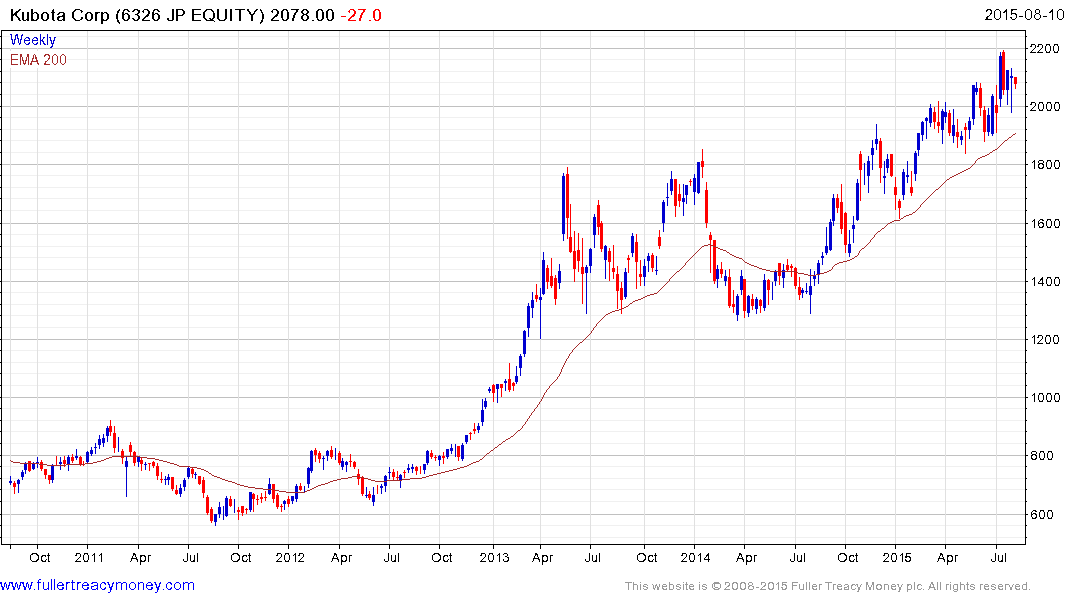 Japan’s Kubota Corp (Est P/E 21.97, DY 1.35%) continues to trend consistently higher and a break in the medium-term progression of higher reaction lows, currently near ¥1900, would be required to question potential for additional upside. 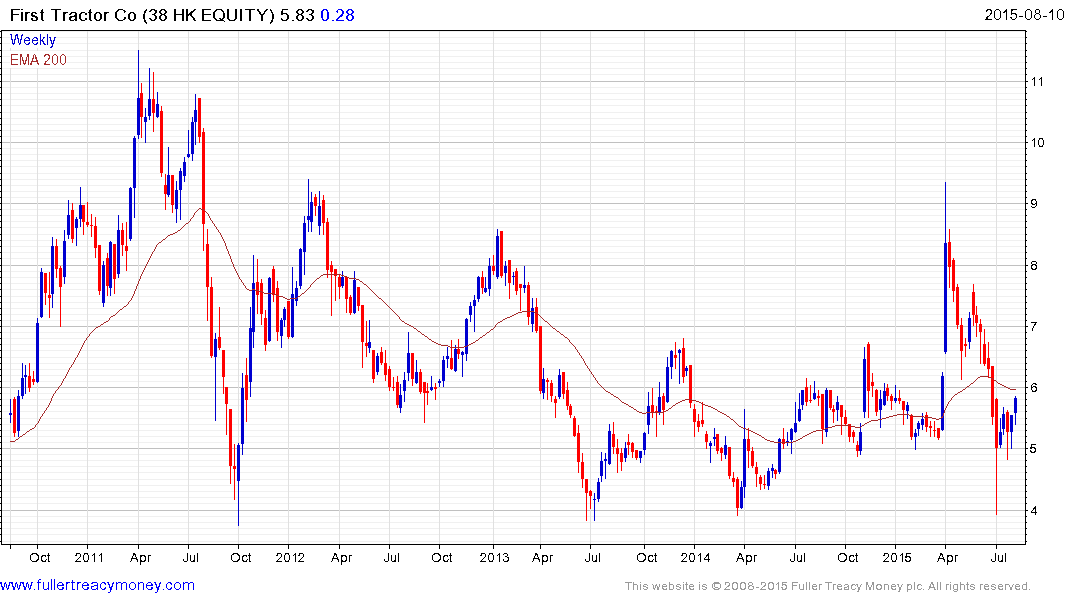 Hong Kong listed First Tractor (Est P/E 20.57, DY 1.09%) found support in July in region of the 2011 through 2014 lows. It continues to rebound and a sustained move below HK$5 would be required to question recovery potential. 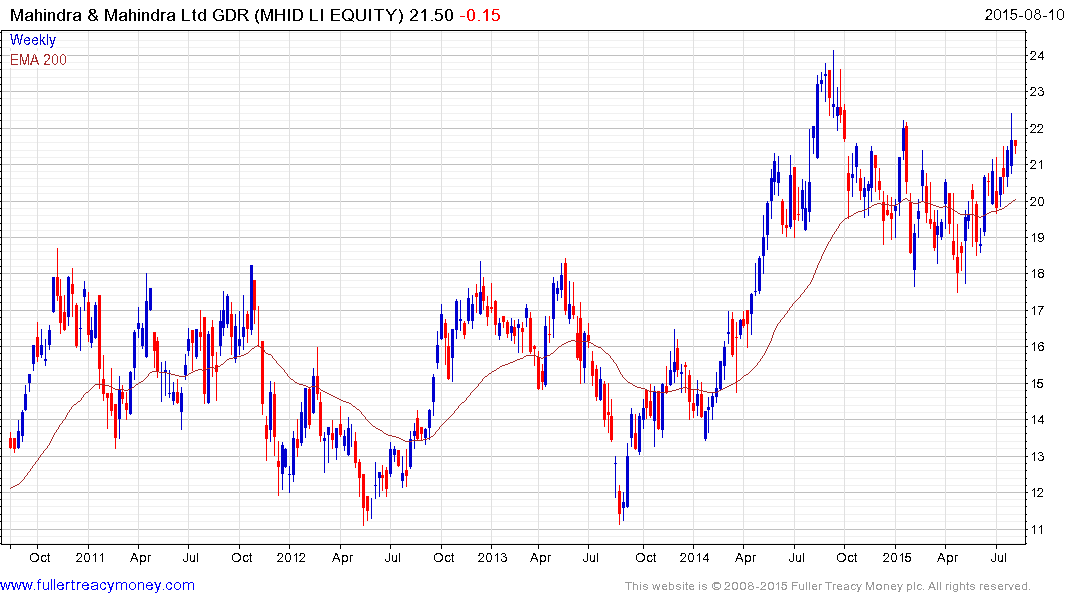 India’s Mahindra & Mahindra (Est P/E 20.06, DY 0.88%) generates 88% of income within India but is now advertising on US TV which suggests a concerted effort at international expansion. The UK listed GDR (there is also a US ADR) found support in the region of the upper side of the medium-term underlying range from February and a sustained move below $18 would be required to question medium-term recovery potential.

It is also worth considering that while the above companies are leaders in the agricultural machinery sector they are also major suppliers of building and excavation equipment. With homebuilders, building materials and cement manufacturers recovering the construction sector is less likely to be a headwind going forward. 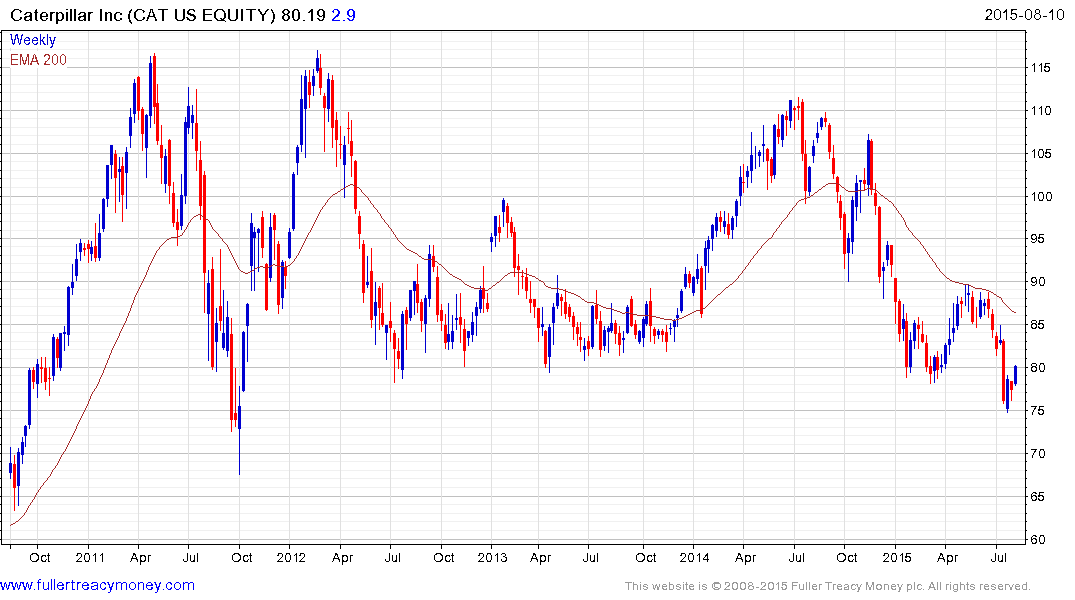 Caterpillar’s (Est P/E 16.2, DY 3.85%) business is split between mining and construction equipment. The share may now be in the process of posting a failed break below $80 and a clear downward dynamic would be required to question potential for a further unwind of the short-term oversold condition.