Shaping up a handful of employees is one small part of Zhang’s quest to profit from Huajian’s factory wages of about $40 a month -– less than 10 percent the level in China.

“Ethiopia is exactly like China 30 years ago,” said Zhang, 55, who quit the military in 1982 to make shoes from his home in Jiangxi province with three sewing machines and now supplies such brands as Nine West and Guess?. “The poor transportation infrastructure, lots of jobless people.”

Almost three years after Zhang began his Ethiopian adventure at the invitation of the late Prime Minister Meles Zenawi, he says he’s unhappy with profits at the Dongguan Huajian Shoes Industry Co. unit, frustrated by “widespread inefficiency” in the local bureaucracy and struggling to raise factory productivity from a level he says is about a third of China’s.

Cost inflation in countries including China has prompted Hennes & Mauritz AB, Europe’s second-biggest clothing retailer, to work with three suppliers in Ethiopia. The nation has “great potential” for production, H&M head of sustainability Helma Helmersson said in an April interview.

The duty-free and quota-free access that Sub-Saharan Africa enjoys for the U.S. and EU markets gives additional savings thanks to the African Growth and Opportunity Act for the U.S. and the EU’s Everything But Arms accord for the poorest countries. Import tariffs on shoes made in China range from 6 percent to as much as 36 percent, Zhang said.

Textiles is one of the most price sensitive industries and therefore is the first to migrate to cheaper locales when wage pressures appear. Therefore watching where textile companies choose to situate their factories offers a good indication of where rapid economic growth is likely to manifest itself next. As governance improves in much of Africa, the challenge of mobilising increasingly large populations to realise their productive capacity is a daunting one. However when starting from such low levels, administrations can follow a path well-paved by Asian countries over the last half century. Little wonder then that Chinese manufacturers spot parallels between China and Ethiopia.

In order to grasp just how underdeveloped Africa is one simply has to look at the continent’s stock markets. Ethiopia doesn’t have one. Angola is set open a stock market reasonably soon. There are only 1385 companies listed on the whole continent. That includes major economies like South Africa, Nigeria and Egypt. When one strips out large cap South Africa companies there is plenty of potential but liquidity is an issue.

For example Nigeria’s Guaranty Trust Bank is listed on London’s International Exchange but is thinly traded despite its $5 billion market cap. 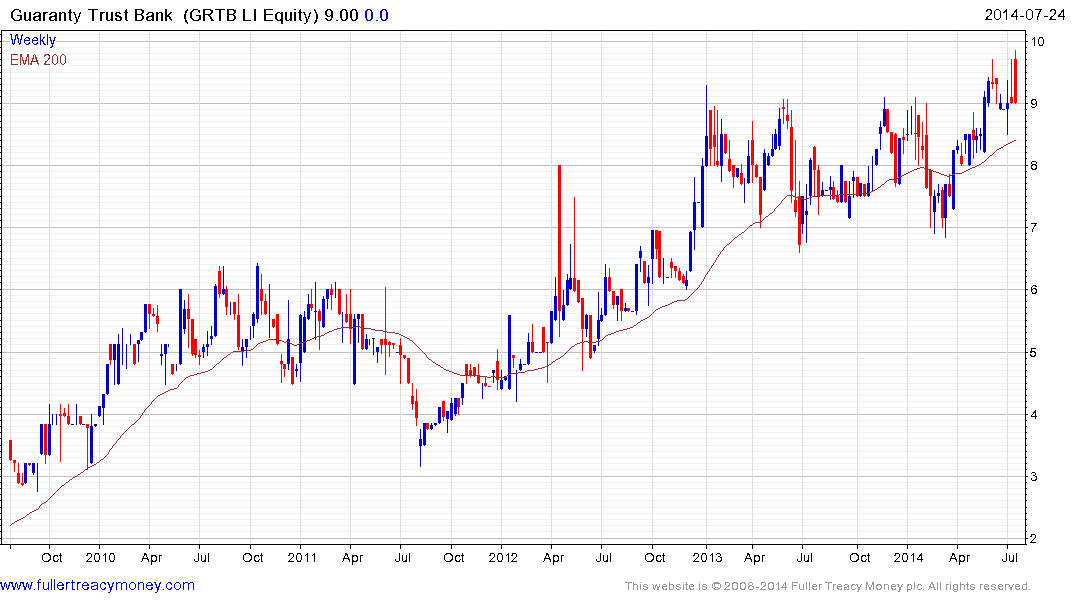 The Africa Opportunities Trust invests directly in African equities, primarily in Ghana. However it is not especially liquid and is investing in shares that are not liquid. The trust hit a medium-term peak in March, when its discount to NAV temporarily moved to a premium, and it has contracted steadily since. 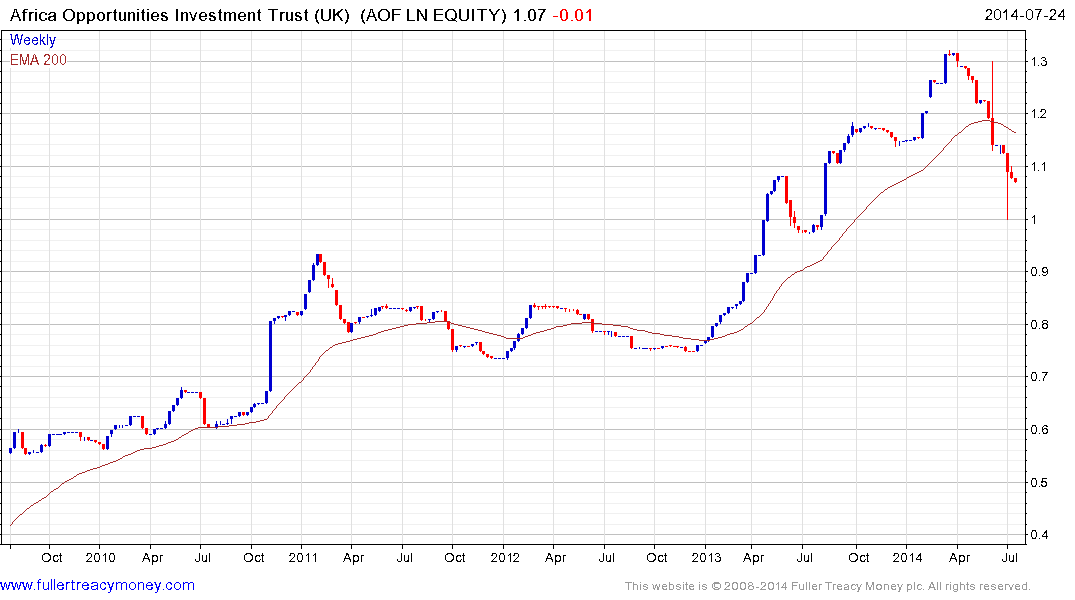 This suggests that some of the better ways to invest in the region are via private equity deals with management that offer a direct share in the profits of a company or by investing in companies that are not listed in Africa but generate much of their revenue there.

China’s infrastructure investment objectives in Africa are well represented by Norinco International. The company builds roads, railways, ports, power stations etc. across Africa and the Middle East. The share broke out of a two year base in December and a sustained move below CNY11.50 would be required to question medium-term recovery potential. 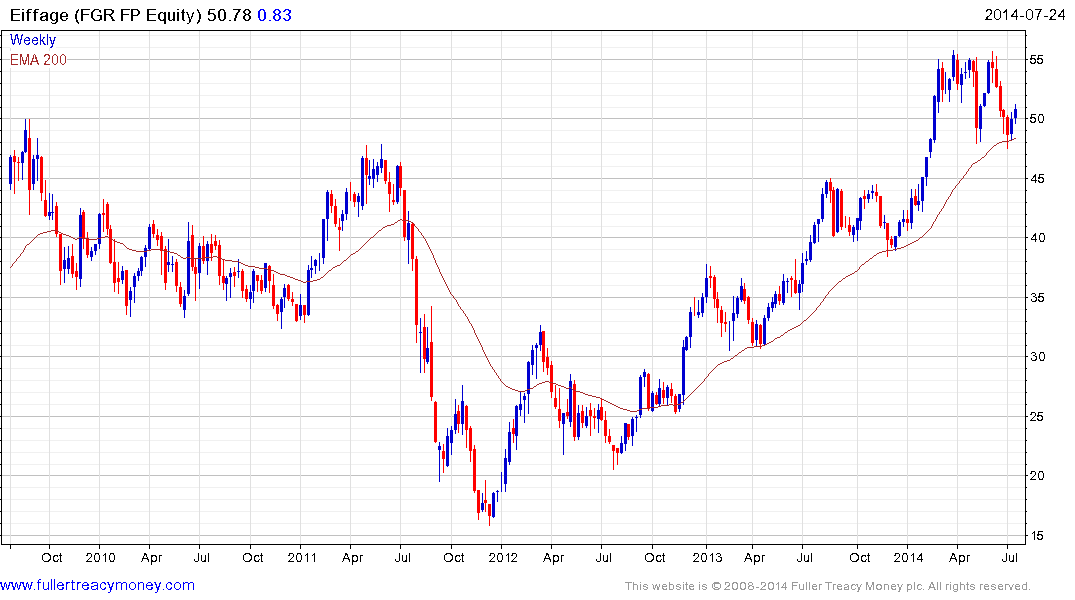 France listed Eiffage generates approximately 18% of revenue from Africa, primarily Senegal, and is also in the infrastructure sector. The share remains in a step sequence uptrend and found support two weeks ago in the region of the 200-day MA.