Email of the day on lithium and miners by Eoin Treacy

Following up on your 12th Dec piece on the lithium production from Elementis' hectorite mining in the US the consensus amongst those who know appears to be that we have adequate globally and in the West. The person to speak to (as Elementis doesn't answer emails!) is R Keith Evans who is globally the world expert. A Google search will show up previous articles from this gentleman on the same theme. There's probably a reason why Elementis aren't making a song and dance about it!

Thank you for this informative email and for the link to R.Keith Evans’ article which it should be noted is dated 2008. Lithium prices have been static for approximately four years suggesting that supply and demand are in relative equilibrium, that the market is dominated by long-term contracts and is not very liquid. 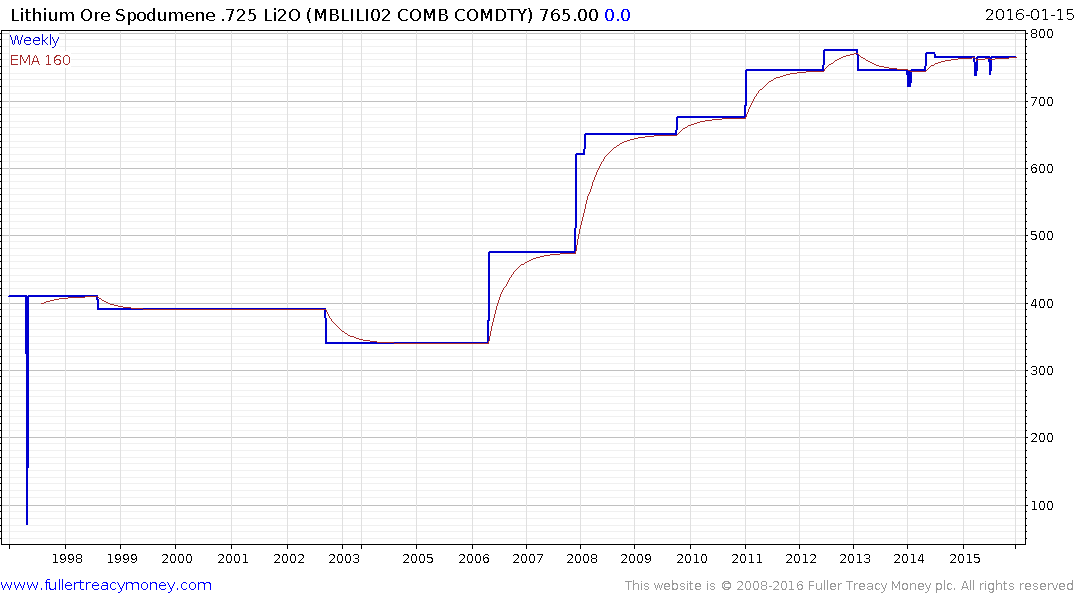 The bullish case for lithium rests on continued growth in demand for lithium ion batteries both large and small. The market is well able to provide the resources required to satiate demand for the small batteries used to power consumer electronics. The bullish argument rests on the ability of the supply chain to boost production to cater to demand for larger batteries; the kind that will power transportation and store energy both in your home and at utilities.

If we look past the potential for solar to improve both in terms of cost and efficiency, the rollout of large batteries has the potential to make some considerable inroads into the cost of electricity by smoothing out the demand curve. One of the reasons utilities need to have so many power plants is because they have to cater to peak demand. With industrial scale batteries the requirement to hold so much redundant generating capacity would be reduced which would allow older less efficient plants to close. Home batteries would serve the same function because even without domestic generating capacity they could be charged when pricing is low for use when pricing is high.

For mining investors, the fact lithium prices are just about the only metal price which has not collapsed over the last four years should engender at least some interest. 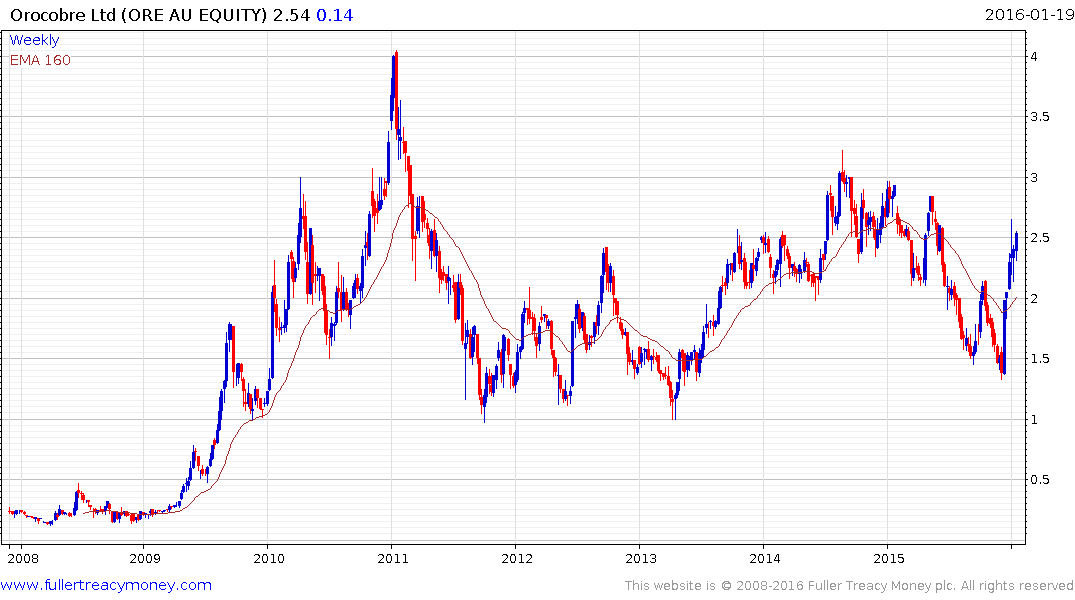 Australian listed Orecobre rallied to break a yearlong progression of lower rally highs in December and following six consecutive weeks on the upside is now somewhat overbought. Nevertheless, a sustained move below A$2 would be required to question medium-term upside potential. Since its operations are almost entirely based in Argentina it may also be a beneficiary of thawing institutional attitudes towards the country and its new leadership. 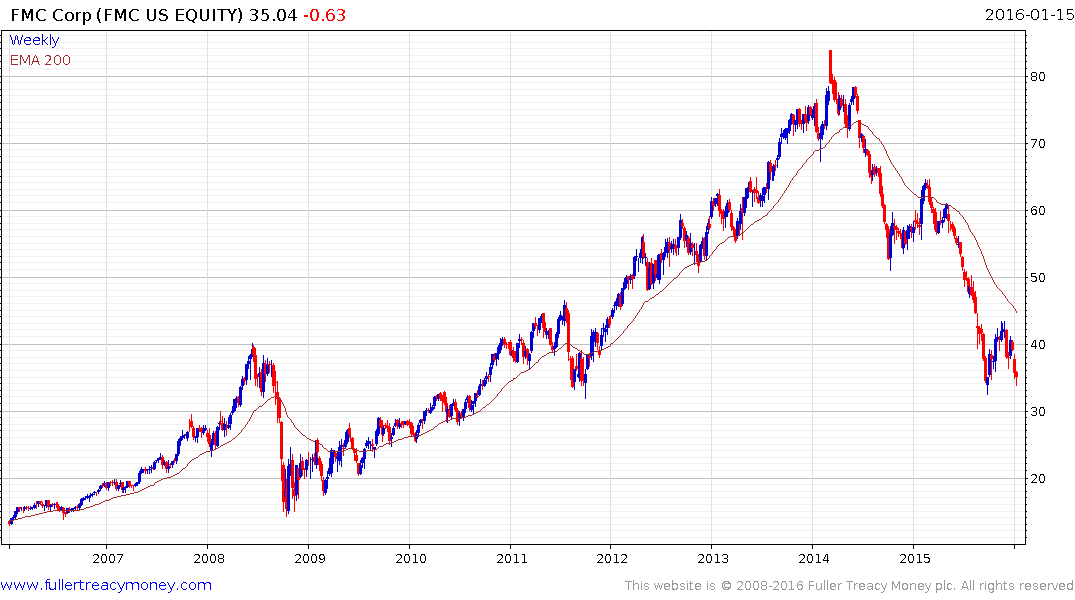 FMC Corp has more than halved since 2014 but found at least near-term support in the region of $30 from October. It has returned to test that area and will need to hold it if support building is to be given the benefit of the doubt.