RiverFront Investments have been telling us that European stocks are interesting investments now that a recovery of the EU economy is happening. Over the last few years you and David have correctly argued in favour of investment in European Autonomies because such a large proportion of their sales takes place outside Europe. If RiverFront is correct, should we not be investing in European firms that do most if not all their business inside Europe? Which European firms correspond to this criterion?

Thank you for a topical question of general interest. Europe has been through an extraordinary period of economic upheaval characterised by unprecedented fiscal austerity that has sapped enthusiasm for bullish future potential. The ECB’s decision to adopt a €1,000,000,000,000 stimulus package in order to boost availability of credit and devalue the Euro represents the same kind of bullish catalyst which the USA enjoyed for much of the last six years. This helps to explain the Europe STOXX Index’s relative strength, at least in nominal terms. 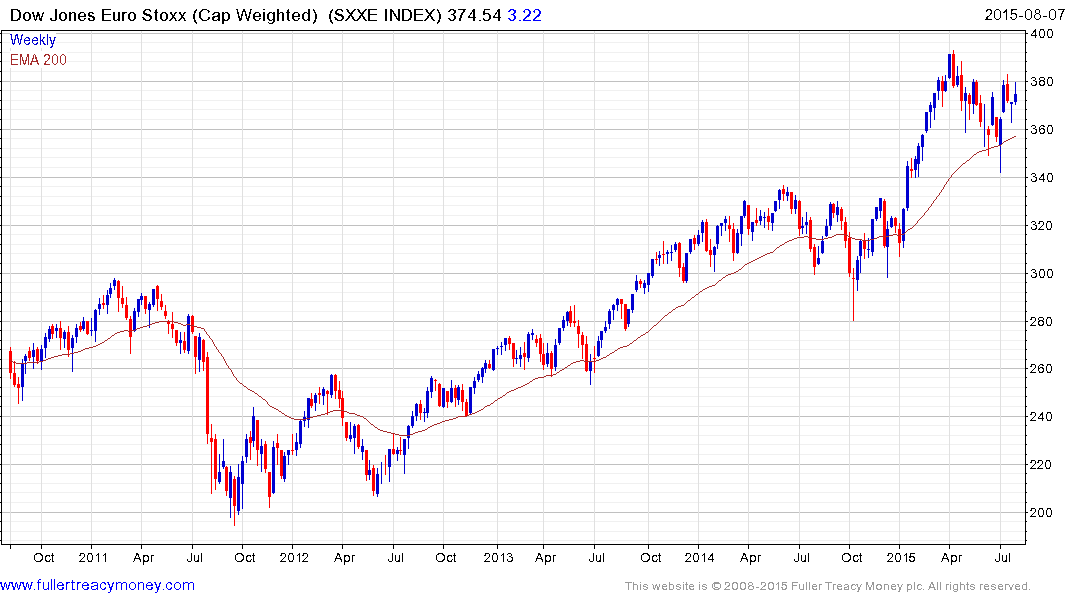 When considering to invest in individual equities I believe the devaluation of the currency is such a favourable phenomenon that one would be unwise to attempt to exclude exporters from the investment mix. In fact major European companies have been highly successful in developing overseas markets so there are comparatively few that only concentrate on the European region. 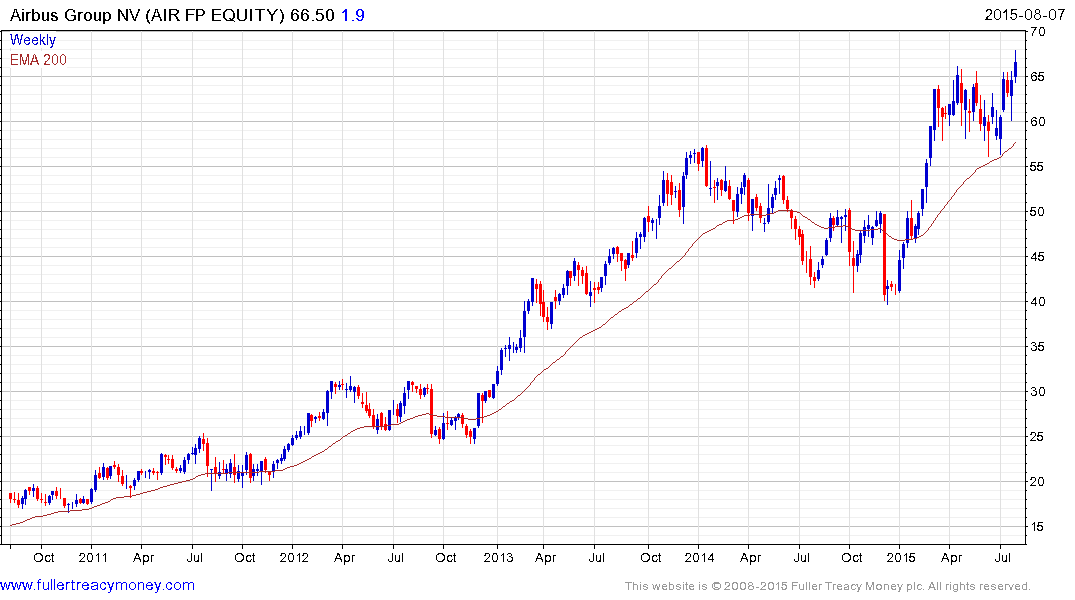 Additionally European companies we consider Autonomies such as Airbus (Est P/E 19.67, DY 1.8%) have substantial European operations so should doubly benefit from a European recovery and soft currency.

Companies with little exposure beyond the Eurozone tend to be concentrated in banking, financial services, building materials, utilities, television, telephone and defence sectors.

European banks in particular do not tend to have substantial non-European operations. The sector continues to range in the region of the 2014 high and a sustained move below 150 would be required to question medium-term scope for additional upside. 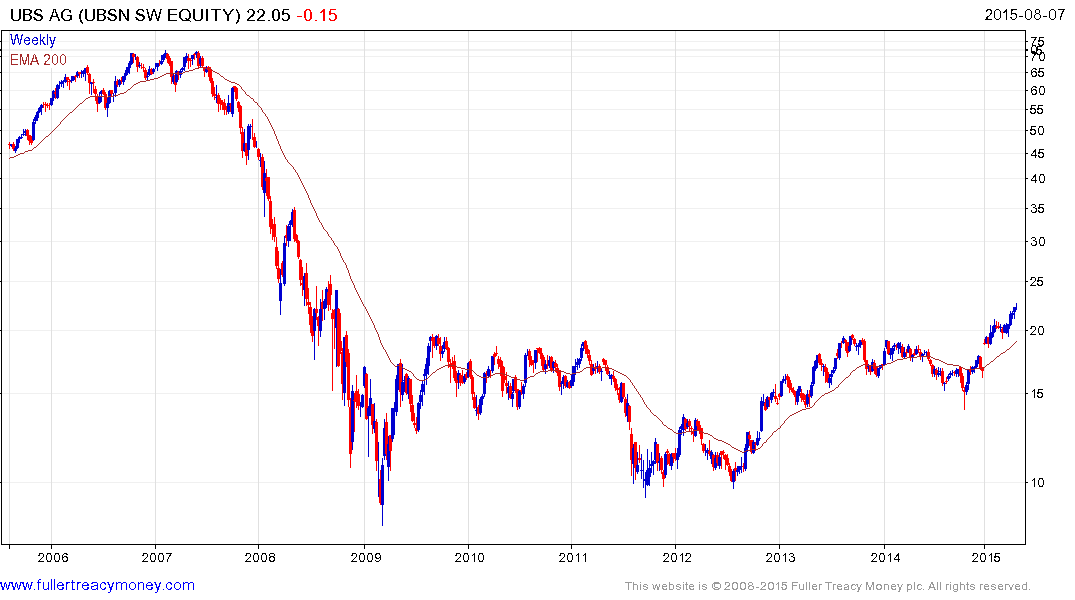 Some highlights from the group include UBS (Est P/E 15.25, DY 2.27%) which is now in the process of completing a six-year base. 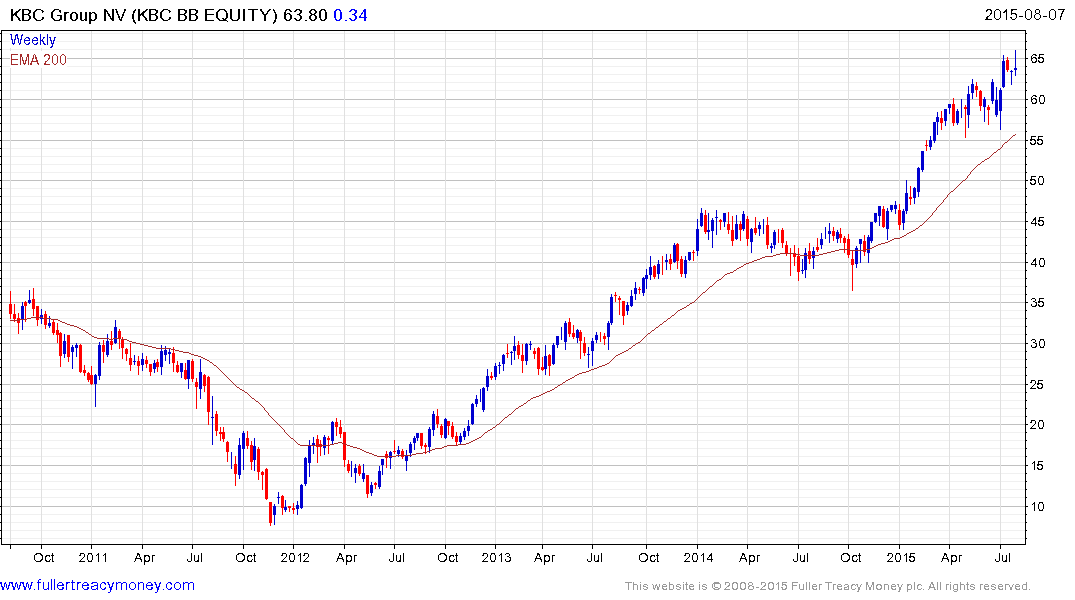 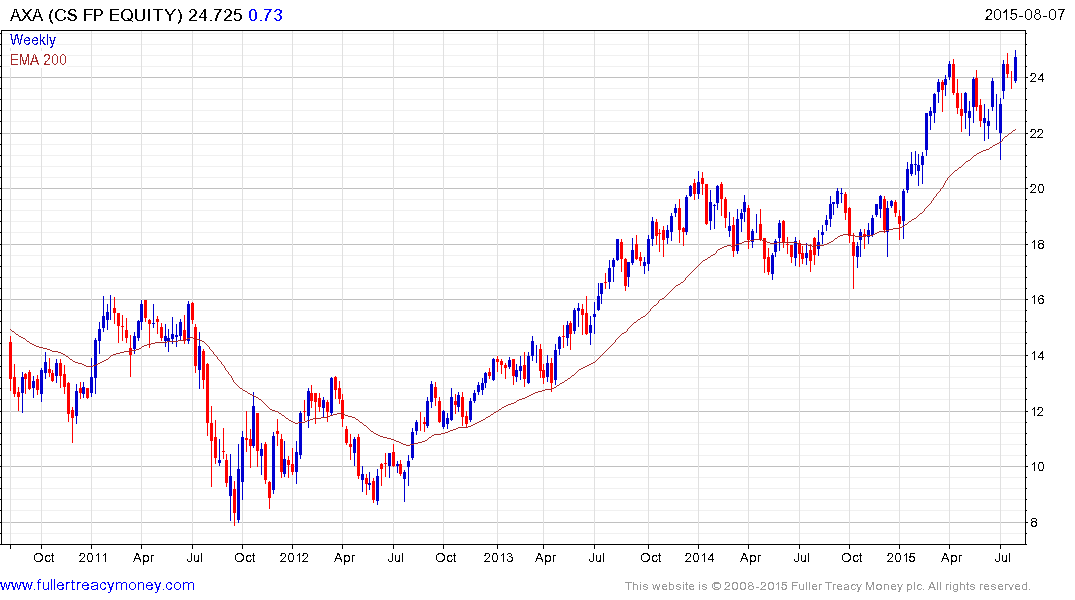 AXA (Est P/E 11.05, DY 3.84%) is an Autonomy which generates the majority of its income from inside Western Europe. The share completed a four-month consolidation this week and a sustained move below the trend mean would be required to question medium-term scope for additional upside. 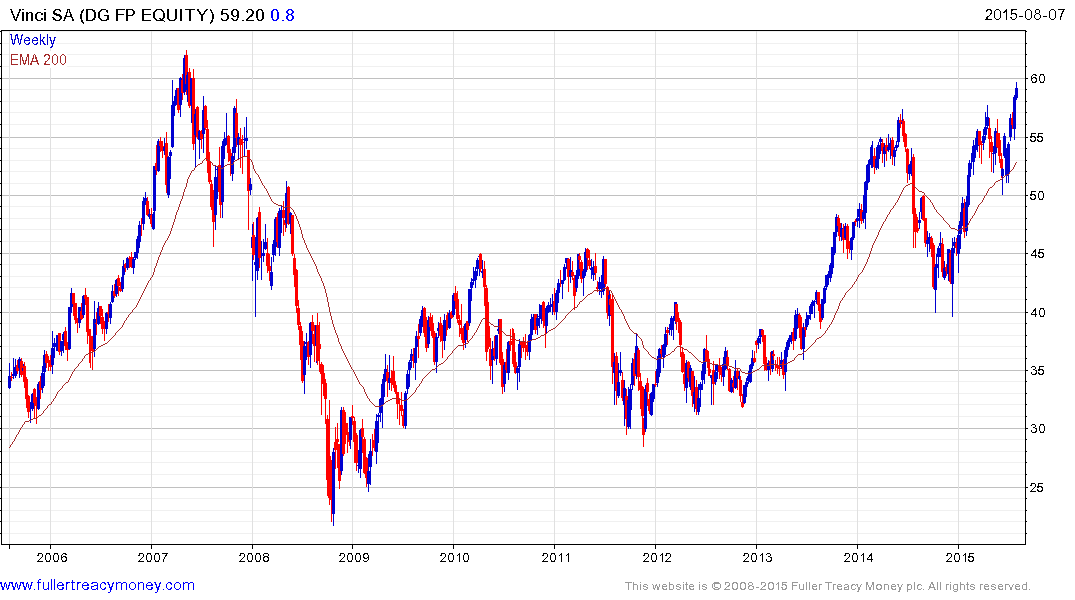 In the building materials sector Vinci (Est P/E 16.93, DY 3.02%) generates more than 80% of revenue inside Europe. The share broke out to a new high last week and improved on that performance this week. It is somewhat overbought in the short term but a sustained move below €53 would be required to question medium-term upside potential. 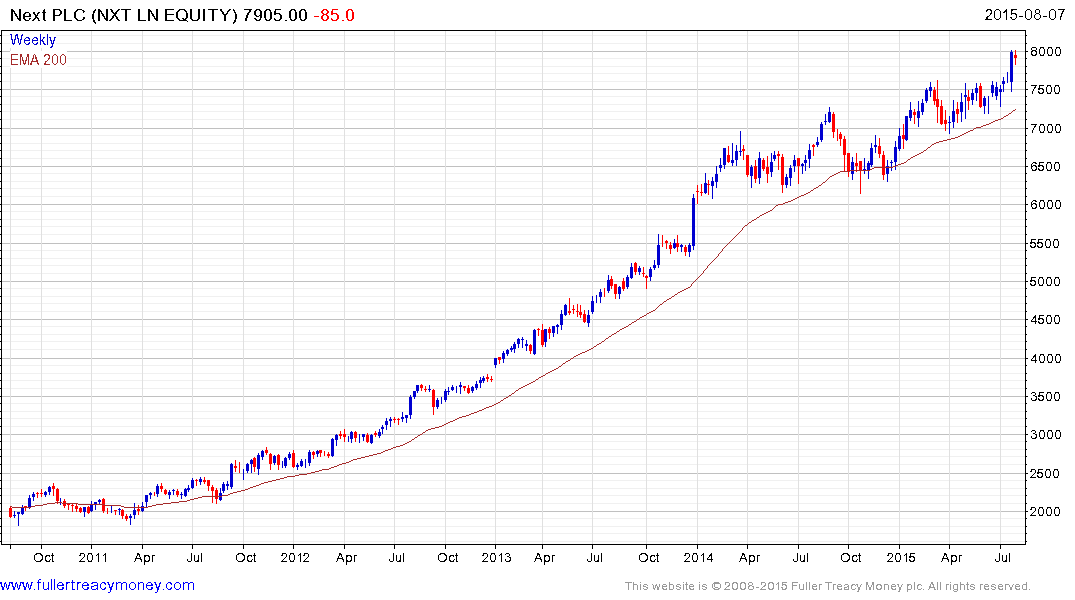 Next Plc (Est P/E 18.17, DY 2.11%) is UK focused with some Eurozone exposure. The share has weathered the difficult economic environment better than most and remains in a consistent uptrend.
Generally speaking Europe has outperformed North America this year in nominal terms not least because of QE and currency weakness. These remain medium-term themes however short-term overbought conditions are evident and weakness on Wall Street may act as a headwind so some caution is probably warranted.