Could I amateurishly ask whether there is a Nasdaq ETF without the top 5 or 7?

Thank you for this question which I’ve been asking myself so I guess we are both amateurs. Goldman Sachs coined the FAAMG (Facebook, Apple, Amazon, Microsoft, Google) acronym last week; replaced Netflix with Microsoft. It would be a useful edition to the ETF universe to have a NASDAQ Ex-FAAMG ETF but there would probably not be much demand for it since the mega-cap shares have accounted for the majority of the Index’s performance over the last year. 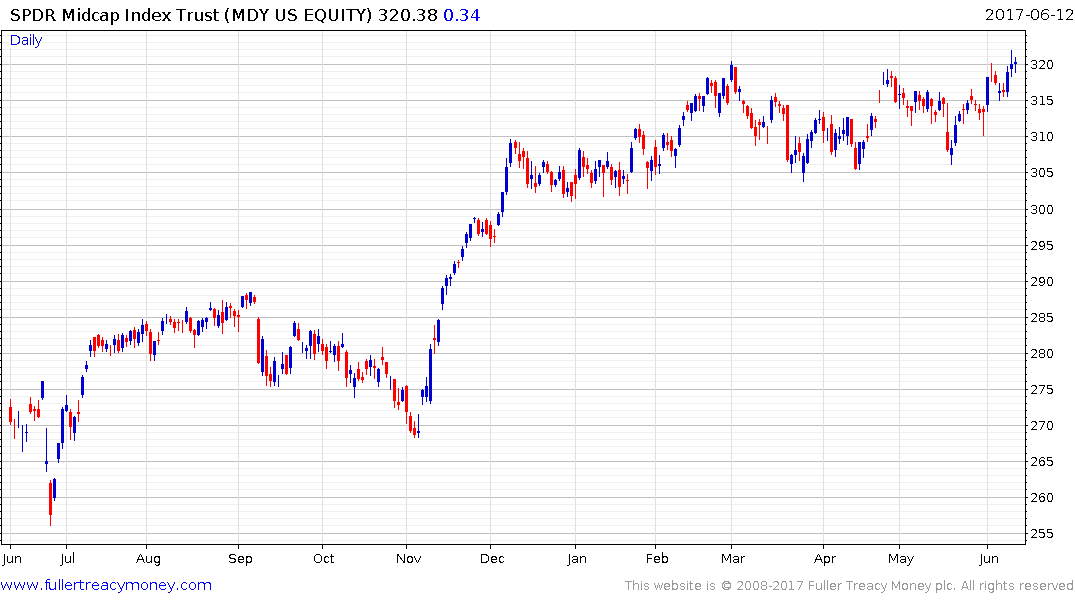 The most expedient way to look at an index that does not include these mega-cap technology shares is to simply look at a Midcap ETF. The SPDR Midcap ETF has been unaffected by the sharp reaction in tech shares and remains in the region of its highs as it continues to test the upper side of a three-month range. 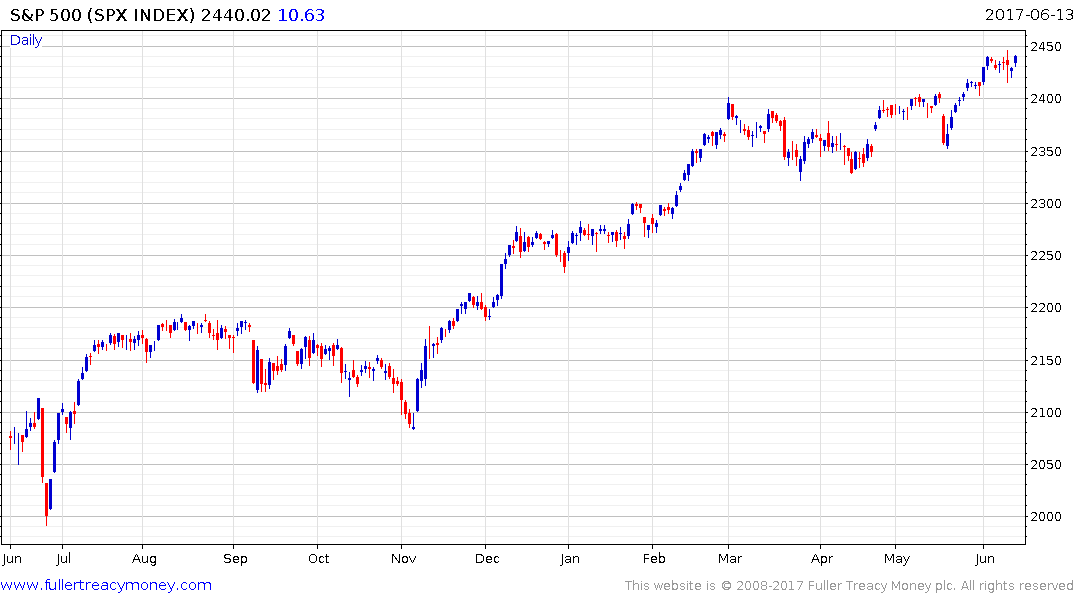 The S&P500 which is less influenced by the five big tech shares has also been reasonably unaffected by last week’s uptick in single stock volatility in the tech sector.

The broader question is if this is simply a squall in an otherwise bullish medium-term environment. There are more than a few investors who believe this represents a buying opportunity in technology shares. For example here is a section from Louis Navellier’s daily blog:

This mini-correction was a normal reaction after NASDAQ had risen so much faster than the other indexes in the first half of 2017. I am not worried about profit taking in leading tech stocks, since this sell-off was technical in nature and there was a reversal in the last hour of Friday's trading as bargain hunters were quick to snap up great technology stocks on the pullback. In the end, good stocks bounce like fresh tennis balls while bad stocks fall like rocks, so I expect a big bounce back in tech stocks in the upcoming weeks. 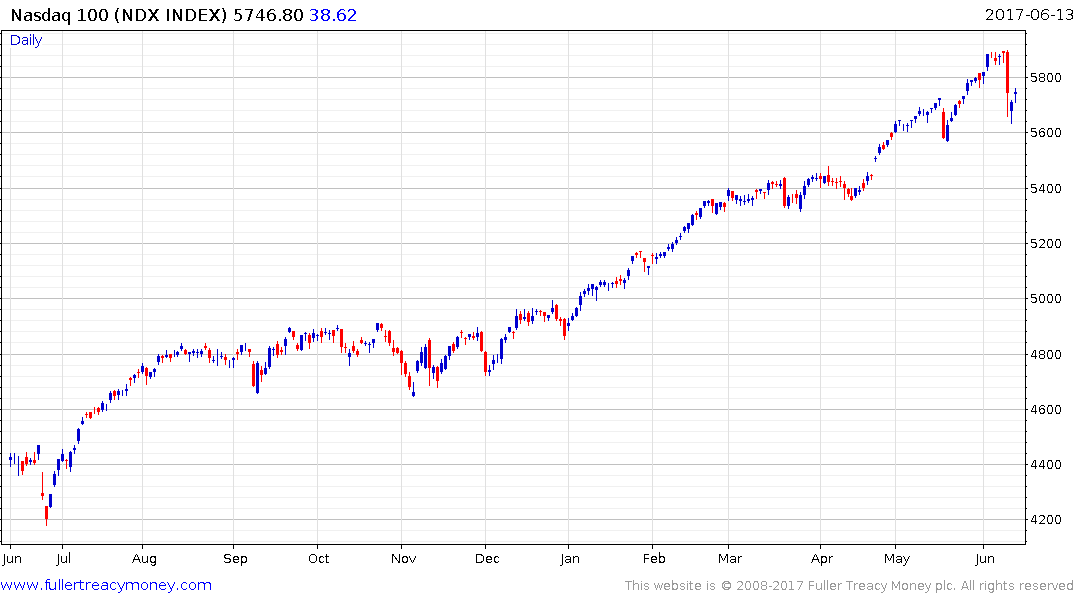 The relatively inert trading in the wider market helps to support that view. However if the setback in large cap technology deepens rather than bounces back then that is likely to have an influence on the wider market and we could be dealing with a more pronounced corrective phase. My concern is this is a reflection of widespread complacency following what has been a particularly bullish period over the last nine months. 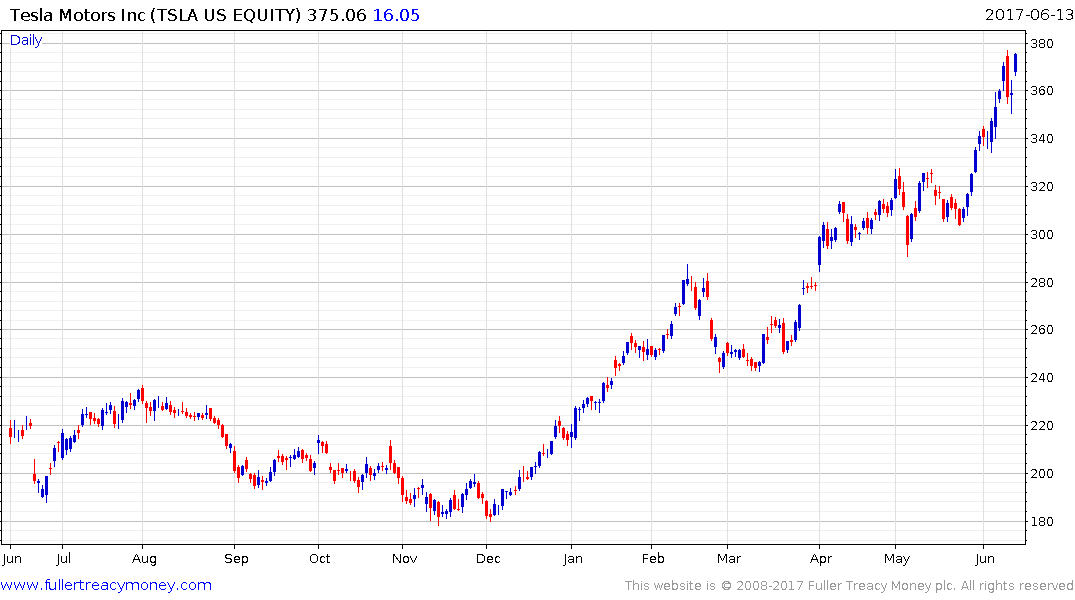 Right now Tesla is the only one of the high momentum large cap shares which has regained its peak. The balance of probabilities is that we are seeing a rotation out of high momentum tech into less overextended sectors. 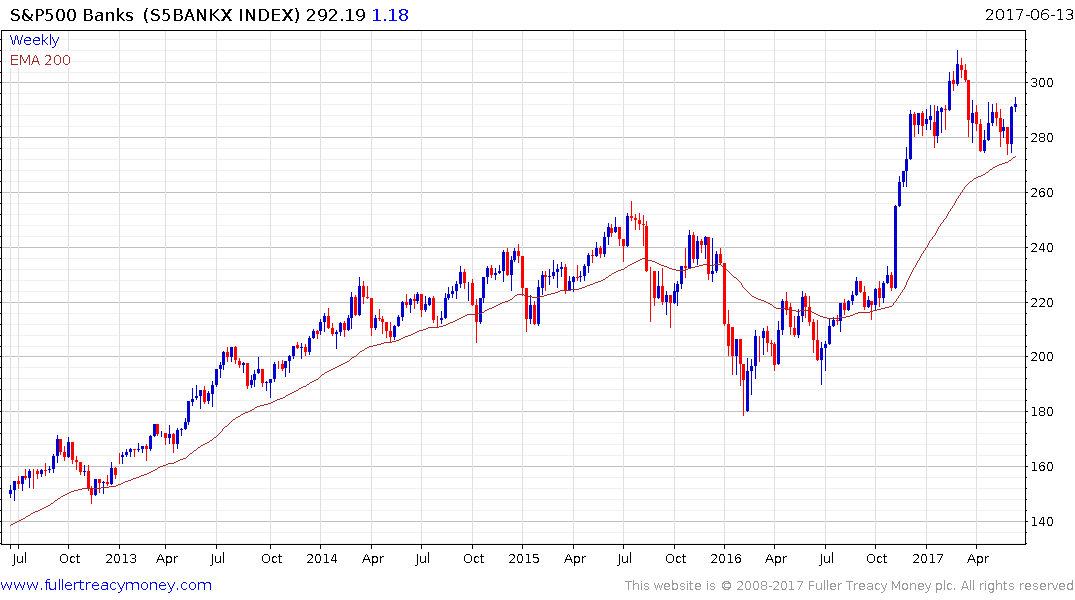 In the meantime the S&P500 Banks Index rallied over the last two sessions to break a short-term progression of lower rally highs to confirm more than short-term support in the region of the trend mean. 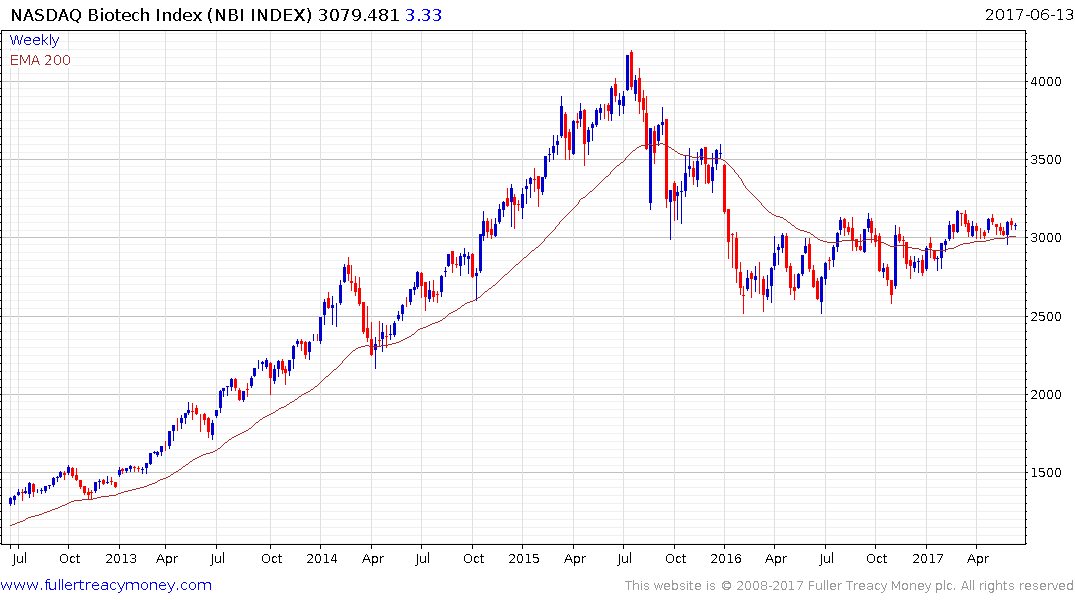 The Nasdaq Biotech Index also continues to firm in the region of the trend mean.