The state-run Korea Development Institute on Sunday said Korea is slowly going into recession. The KDI said Sunday that the economy is "in a phase of gradual slowdown" as demand both overseas and at home shrinks.

Until last October, the institute had said Korea's economy was improving.

Some 35 of them slashed spending last year. Samsung's cutbacks were particularly drastic with 46 subsidiaries reducing investment by 25.7 percent to W28.5 trillion.

South Korea is deeply embedded in the global economy and as a major electronics and vehicle exporter its health is an important barometer for the wider global economy.

In addition to slowing growth in South Korea, German manufacturing is contracting, the French economy is slowing and the Italian economy is close to recession. Total hours worked in the USA also fell and manufacturing output is slowing.

That suggests investors are betting China’s return to a stimulus driven expansion is going to be enough to stoke demand for everyone else’s exports. That’s going to be contingent on continued expansion of credit from the banking sector and a successful conclusion to the trade war which is increasingly priced in, considering the repeated pronouncements of sold progress being made. 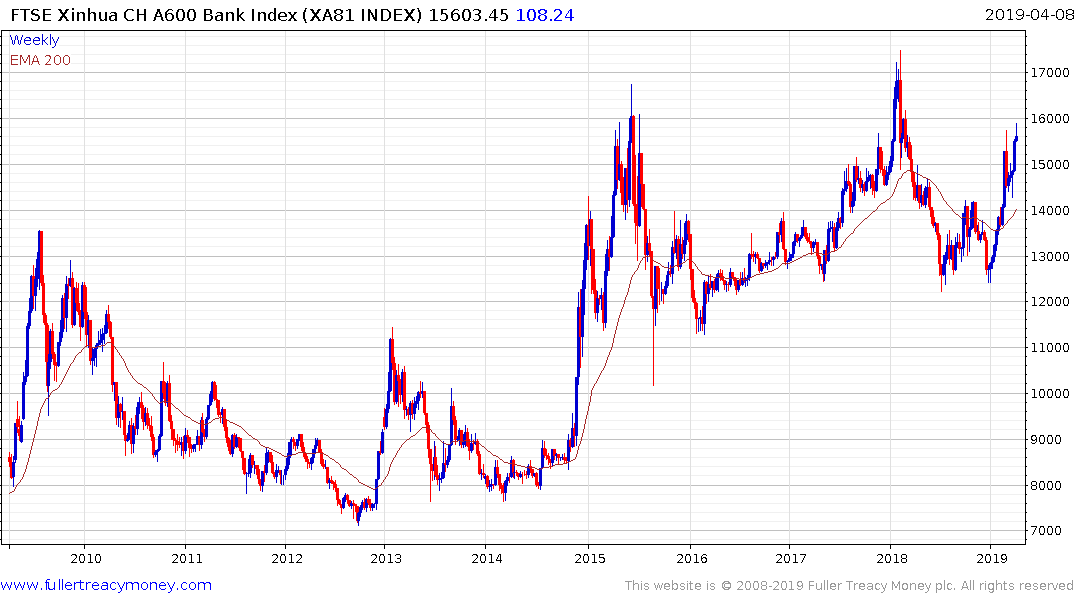 The FTSE/Xinhua A600 Banks Index paused in the region of the March peak today. 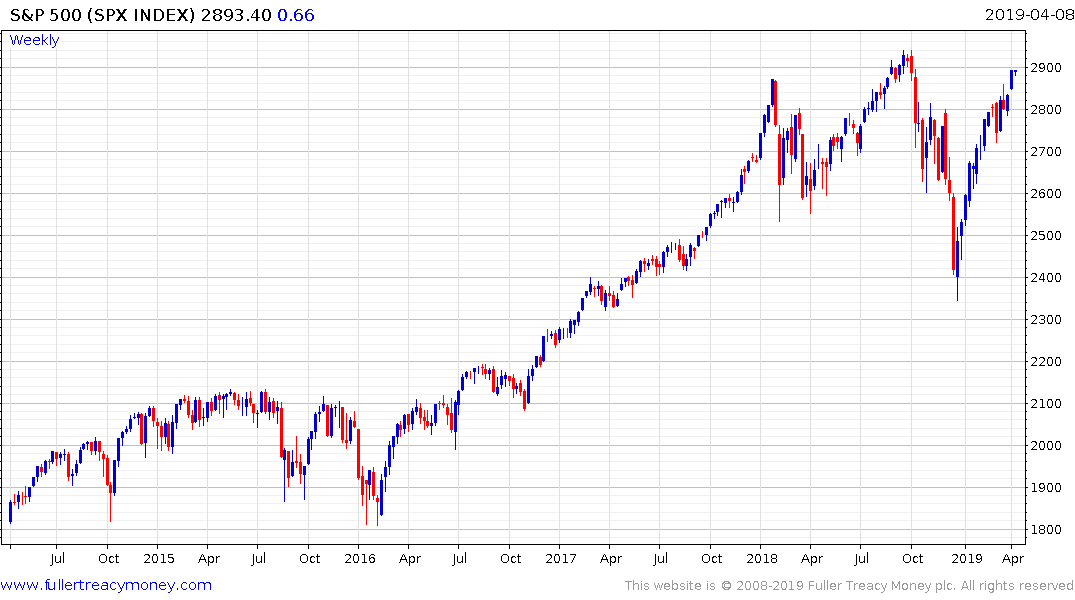 Meanwhile the S&P500 is right in the region of its peak from January and October last year.