The key change to the guidance means that even if inflation is at the target at the end of the ECB’s three-year forecast horizon, officials won’t be forced to respond with tighter policy. The ECB currently foresees price growth averaging just 1.4% in 2023, which suggests any rate hike is years away.

Markets were little changed, with only around 5 basis points of hikes priced in by mid-2023 and about 10 basis points a year later.

The ECB’s promise of continued ultra-loose policy sets it apart from some of the world’s biggest central banks. In the U.S., where inflation is running above 5%, Federal Reserve officials are already discussing when to start tapering their stimulus. Some policy makers at the Bank of England have said a reduction in bond buying should be considered soon.

When the ECB was originally conceived the framers were primarily concerned with containing inflation because that was the direction all their personal experience pointed them in. They never considered deflationary forces would consume most discussions after the first decade of the currency’s existence. Unfavourable demographics, the aftershocks from the sovereign wealth crisis and now the hit from the pandemic mean the inflation mandate is not nearly as relevant as it was twenty years ago.

With the ECB now moving to a more pronounced inflationary bias, the odds are tilting in favour of success. Central banks successfully contained runaway inflation by actively managing policy and tailoring how it is measured. If they are now more interested fostering an inflationary bias, they will follow the same suite of policies in reverse.

They can leave inflation run longer before acting and they can change how they measure it by adding housing and commodity prices back in to indices. The ECB has already moved in that direction by considering owner-occupied property prices rather than an imputed rent.

With Christine Lagarde saying in plain English that she is not going to raise rates early, we can have confidence that the ECB is serious about combatting deflationary forces in the bloc’s economy. That means the continued rapid expansion of the ECB’s balance sheet will persist. That’s positive for asset prices. 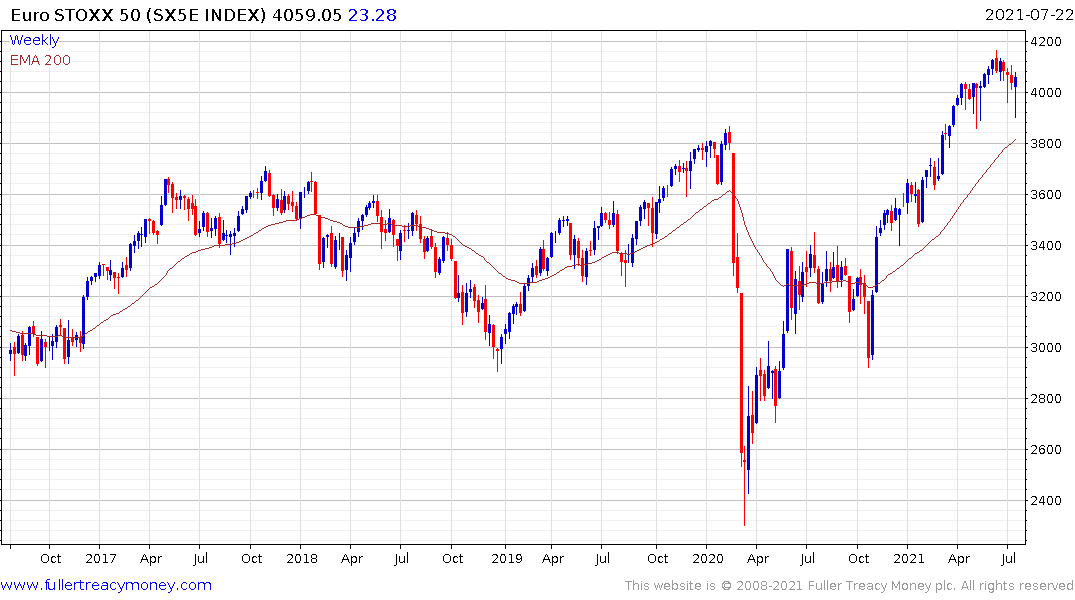 The Euro STOXX Index continues to rebound from the intraweek lows and a break in the medium-term sequence of higher reaction lows will be required to question medium-term scope for continued upside. 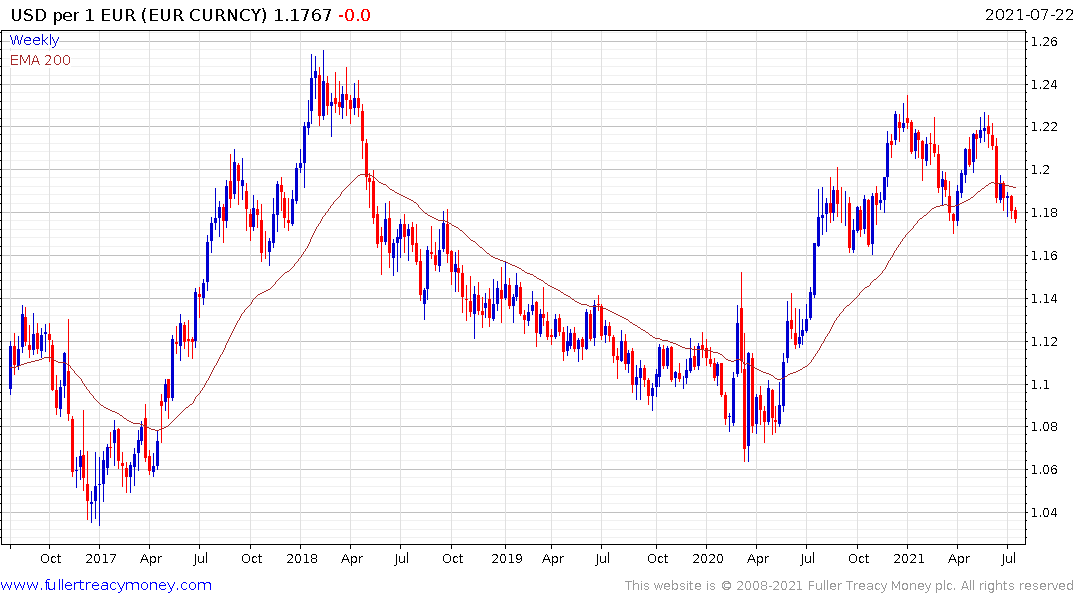 The ECB’s reluctance to normalise policy also reflects a keen awareness of the impact that kind of action would have the currency. They must be happy to continue to see the Euro’s advance moderating versus the Dollar.