East Africa The next hub for apparel sourcing?
Comment of the Day

East Africa The next hub for apparel sourcing? by Eoin Treacy

In the past two years, a number of European companies—among them, H&M, Primark, and Tesco—began sourcing some of their garments from Ethiopia. The rest of the apparel industry took notice: since 2013, there has been rising interest in not just Ethiopia but also other East African countries as potential sourcing destinations for apparel. Also contributing to the buzz is the renewal of the African Growth and Opportunity Act (AGOA), which gives certain countries in sub-Saharan Africa duty-free access to the US market.

What is the true potential of East Africa to grow into a major garment-sourcing hub? To find out, we visited factories in the region; interviewed stakeholders, including manufacturers and buyers; and analyzed market data. In addition, we conducted our third survey of chief purchasing officers (CPOs), this time with a series of questions focused on East Africa. This year, 40 apparel CPOs, representing a combined $70 billion in 2014 purchasing volume, responded to our survey. We found that East Africa could indeed become a more important center for apparel sourcing, but only if stakeholders—buyers, governments, and manufacturers—work together to improve business conditions in the region.

Up-and-coming sourcing countries
Nearly three-quarters of survey respondents said, as they did in 2011 and 2013, that over the next five years they expect to reduce their purchases from Chinese firms. Chinese apparel production has indeed fallen since 2010—but China remains the undisputed giant of garment manufacturing, with approximately $177 billion in apparel exports in 2013.

Among CPOs surveyed, Bangladesh remains at the top of the list of future sourcing destinations, with 48 percent of respondents including the country in their top three (Exhibit 1). And 62 percent said they intend to increase their sourcing value from Bangladesh over the next five years. The next two up-and-coming countries are Vietnam and India, where, respectively, 59 percent and 54 percent of surveyed CPOs plan to increase their sourcing value in the next five years. Yet the combined apparel exports of Bangladesh ($24 billion), Vietnam ($17 billion), and India ($17 billion) still amount to less than one-third of China’s.

More than five years ago a Turkish delegate at The Chart Seminar who has been a cotton trader for decades told me how a number of Turkish apparel factories were moving their operations to North Africa. As Chinese wages have risen, they are also seeking to move their most labour dependent operations offshore and East Africa represents an attractive destination.

The apparel industry has long been the first to move to a country that has low-cost, abundant labour and where governance has improved enough to ensure workers can turn up and that products can be exported reliably. As such they represent a barometer for further economic potential. Africa is where we can expect the bulk of global population growth to originate in the next 30 years.

Provided the trend in standards of governance continues to improve the potential for the continent to emerge as a vibrant economic hub is looking increasingly likely.

Africa related funds have been heavily impacted by the decline in commodity prices but a number of companies listed outside Africa are of interest. 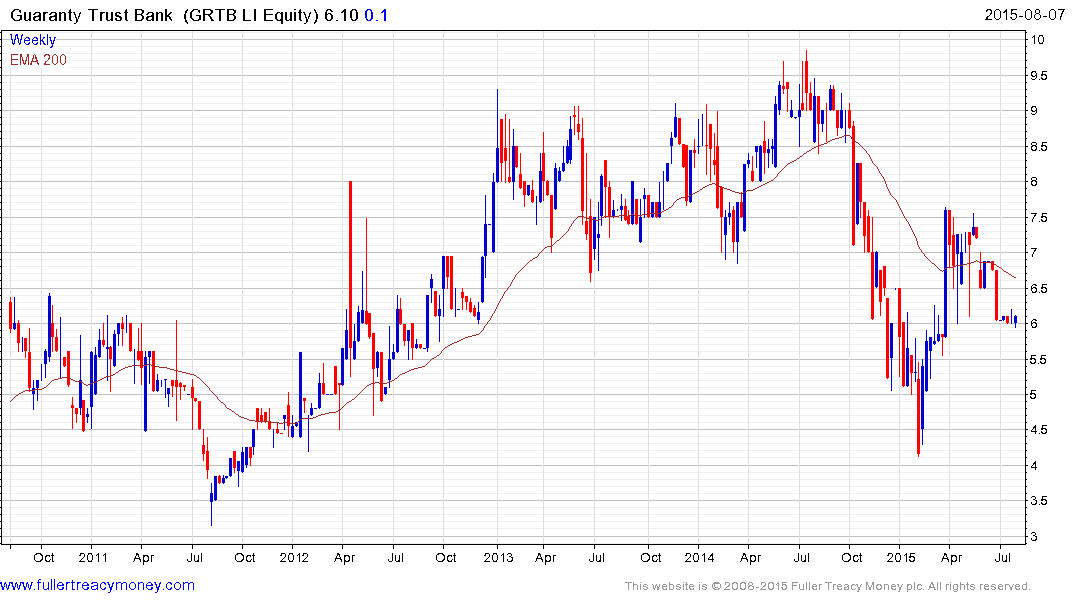 Nigeria’s Guaranty Trust Bank is US Dollar denominated listed in the UK is not particularly liquid but has rebounded impressively from the January low and found at least short-term support in the region of $6. 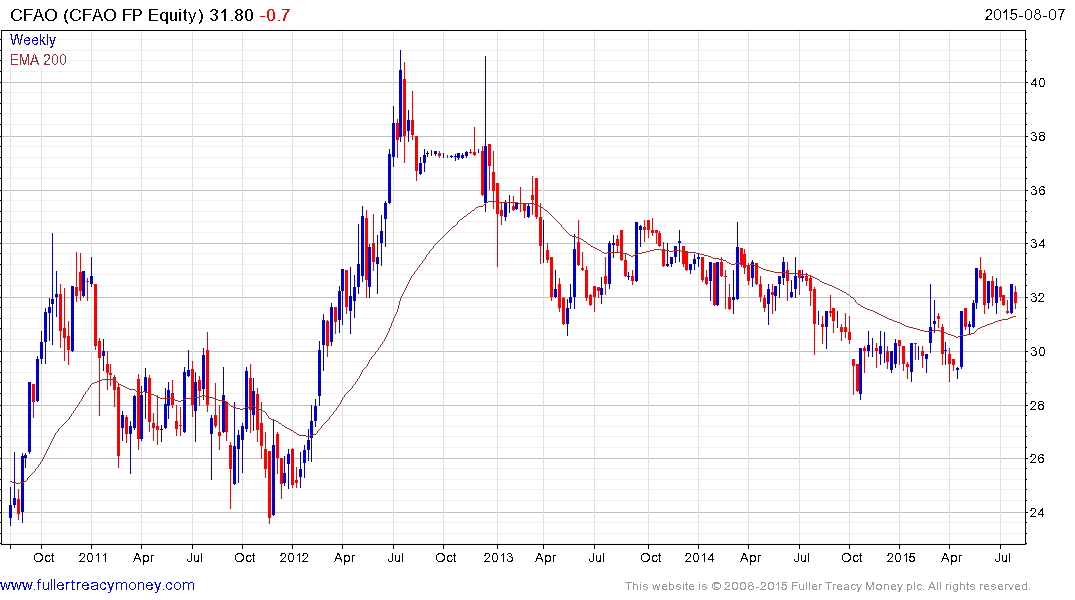 France listed CFAO is 97% owned by Toyota and imports cars and pharmaceuticals to Africa. The share found support last week in the region of the 200-day MA and a sustained move below it would be required to question medium-term scope for additional upside. 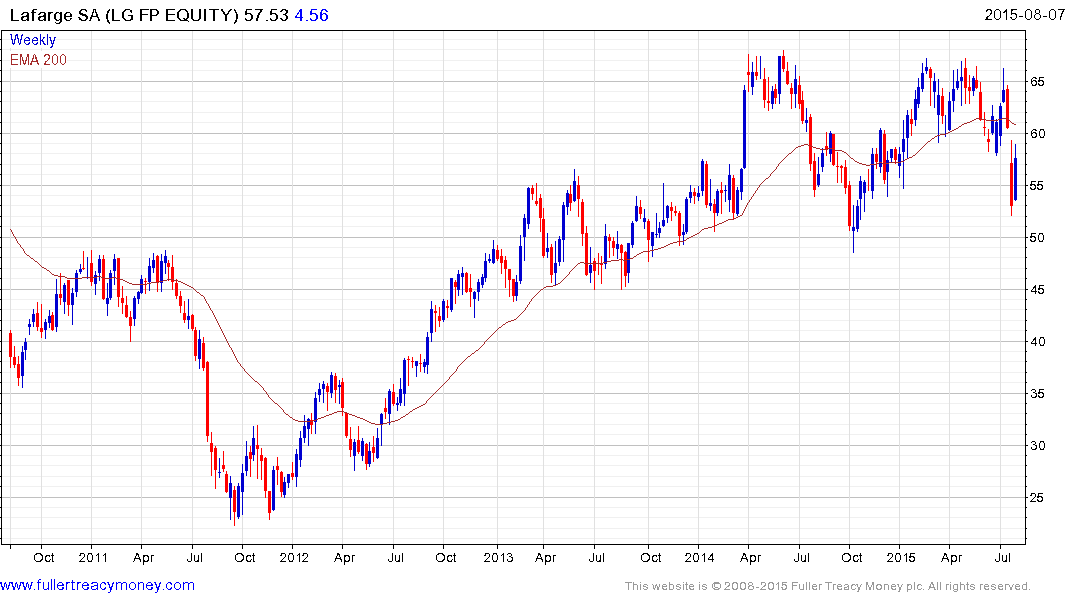 Among global construction materials companies France listed Lafarge has one of the largest African presences with 25% of revenue spread across the Middle East and Africa. The share pulled back sharply in late July but has stabilised in region of €55 and a sustained move below that level would be required to question supporting building in this area.