COVID: 90% of patients treated with new Israeli drug discharged in 5 days
Comment of the Day

Arber and his team, including Dr. Shiran Shapira, developed the drug based on a molecule that the professor has been studying for 25 years called CD24, which is naturally present in the body.

Arber noted that another breakthrough element of this treatment is its delivery.

“We are employing exosomes, very small vesicles derived from the membrane of the cells which are responsible for the exchange of information between them,” he said.

“By managing to deliver them exactly where they are needed, we avoid many side effects,” he added.

The team is now ready to launch the last phase of the study.

“As promising as the findings of the first phases of a treatment can be, no one can be sure of anything until results are compared to the ones of patients who receive a placebo,” he said.

Some 155 coronavirus patients will take part in the study. Two-thirds of them will be administered the drug, and one-third a placebo.

The study will be conducted in Israel and it might be also carried out in other places if the number of patients in the country will not suffice.

“We hope to complete it by the end of the year,” Arber said.

If the results are confirmed, he vowed that the treatment can be made available relatively quickly and at a low cost.

“In addition, a success could pave the wave to treat many other diseases,” he concluded.

Many doctors have stated that using wartime phraseology to talk about the efforts to treat the coronavirus are unhelpful. However, there is one important crossover worth considering. Wars tend to result in significant technological acceleration.

Bureaucracies tend to subside in the interests of furthering progress and even the most outlandish ideas are tried as countries vie for a competitive advantage. Today, every type of immune system treatment and vaccine delivery method is being testing for viability. The lead time to getting drugs on clinical trials has also been shortened in the interests of getting viable solutions quickly.

As the above article states, Dr. Shapira’s team has been studying the CD24 molecule for 25 years. The pandemic has been their big break. The are numerous studies that never get off the drawing board because of a lack of funding or near-term commercial success. Today there is funding for everything and the best will survive. The result will be a significant step forward for the healthcare sector’s technological prowess. 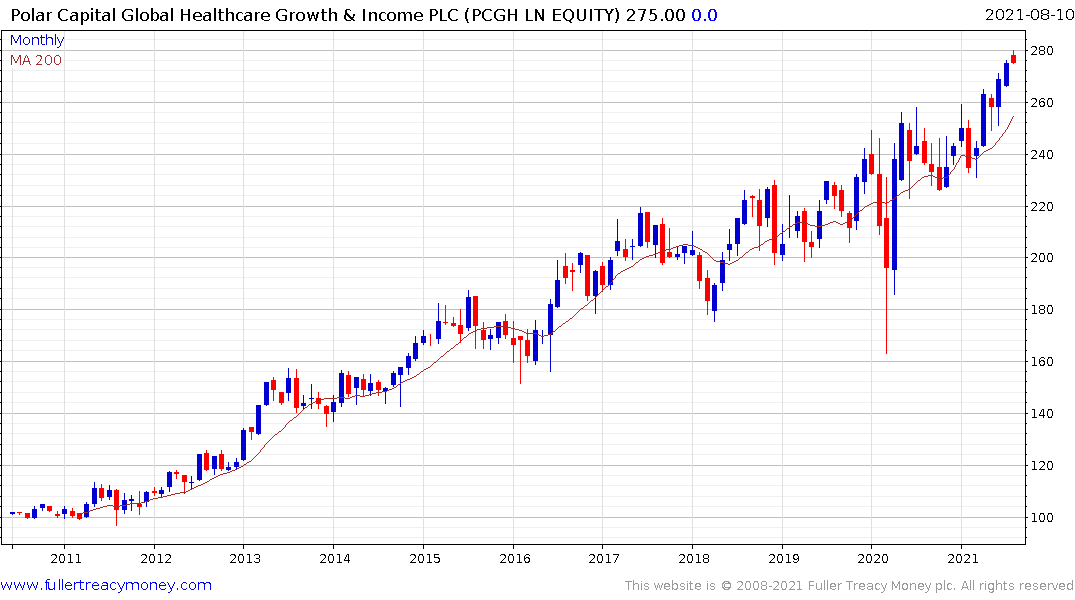 The Polar Capital Global Healthcare Trust is somewhat overbought in the short-term but remains in a choppy uptrend overall. 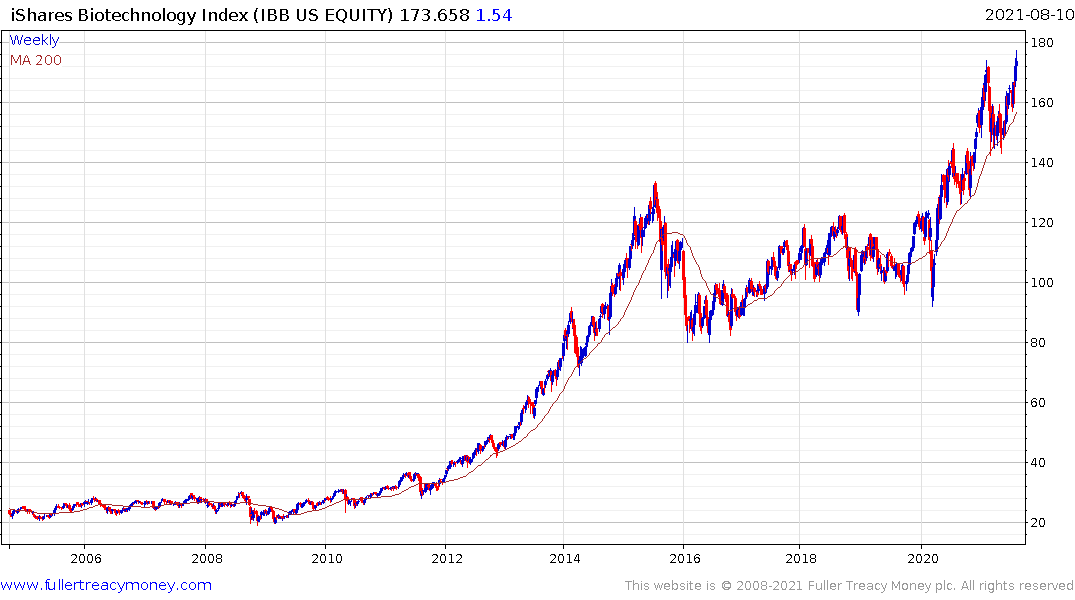 The iShares Biotechnology ETF rebounded impressively over the last month to hit a new all-time high this week. Some consolidation is possible in this area but a sustained move below the $140 would be required to question medium-term scope for continued upside.