The recent surge for metals has been powered by expectations that a coronavirus vaccine deployment next year will ease global economic pain, and mean China isn’t the only region driving demand growth. Dollar weakness has also helped.

The metal is also gaining traction as a bet on hawkish climate policies that will expand copper-rich power networks. China’s rapid economic rebound has driven its imports to record levels this year, helping to offset lower demand in the rest of the world. The country’s latest factory gauge, due
Monday, is expected to show activity in the top copper consumer continuing a steady expansion.

On Friday, data from the Shanghai Futures Exchange showed copper stockpiles in its warehouses falling to the lowest since late 2014.

The big difference for China is the size of the domestic population. It is both a source of demand for products as well as a source of labour. China is the world’s largest car market and accounts for much of projected global growth too. It is also the largest energy importer and does not have substantial sources of domestic supply. 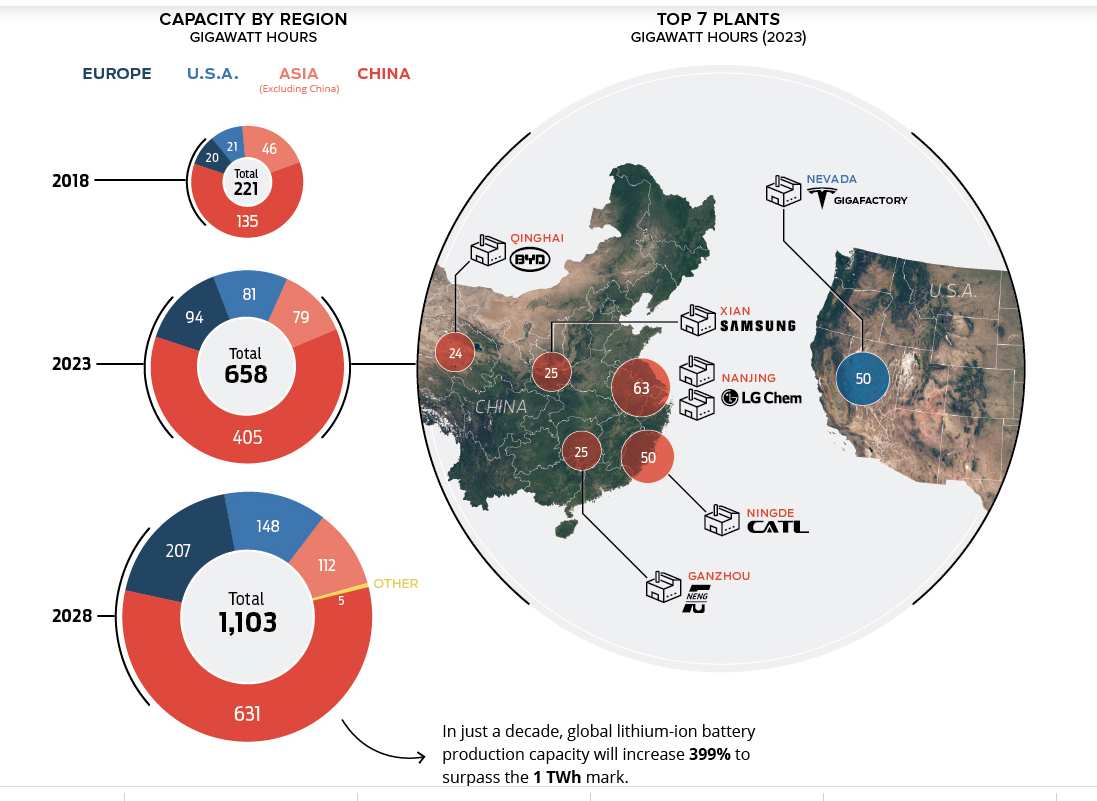 Therefore, the only way to achieve the growth rung of automotive global competitiveness is to solve the energy reliance question. Batteries are the answer. They allow China to develop a globally competitive automotive sector without creating an unbreakable reliance on ever increasing imports for oil. That solves the twin challenges of energy independence and national self-reliance. That is the primary reason China is investing so heavily in dominating the production of lithium batteries.

This podcast interviewing long-term senior executive of Bosch Roland Zenn who is now Supply Chain Manager at Farasis may be of interest. I found particularly interesting how he estimates costs and efficiencies for batteries to improve steadily over the coming five to ten years because of manufacturing efficiencies. That is also the message delivered by Tesla is the battery day in September. 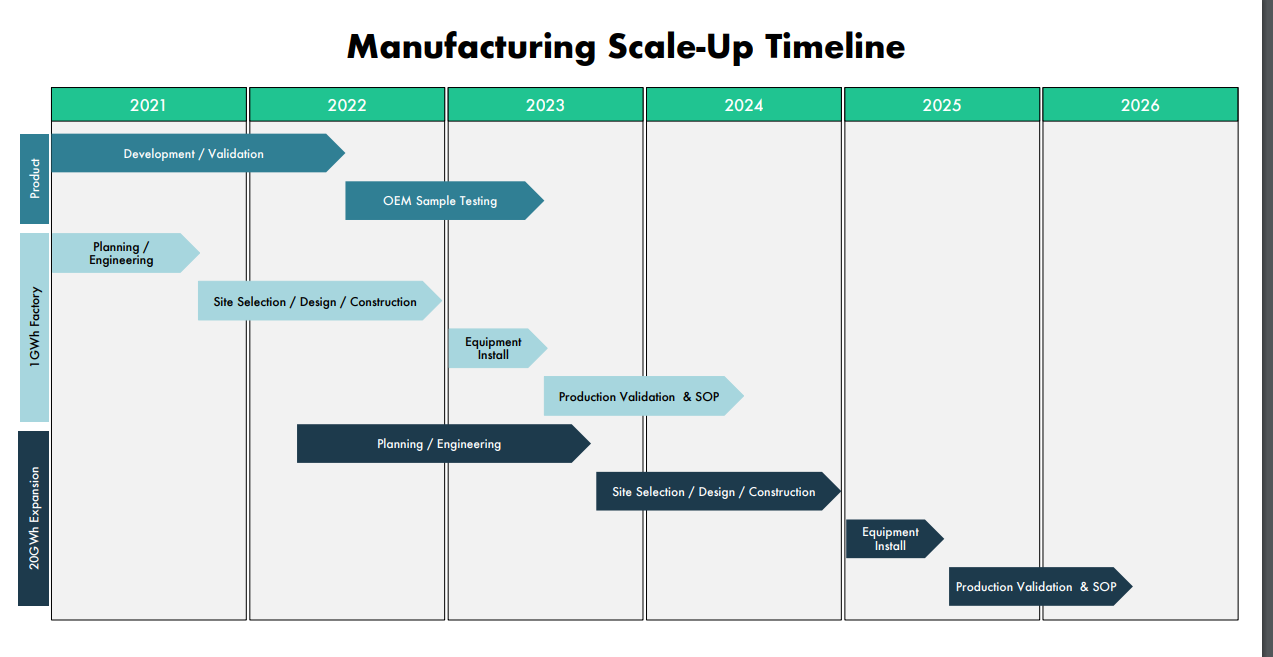 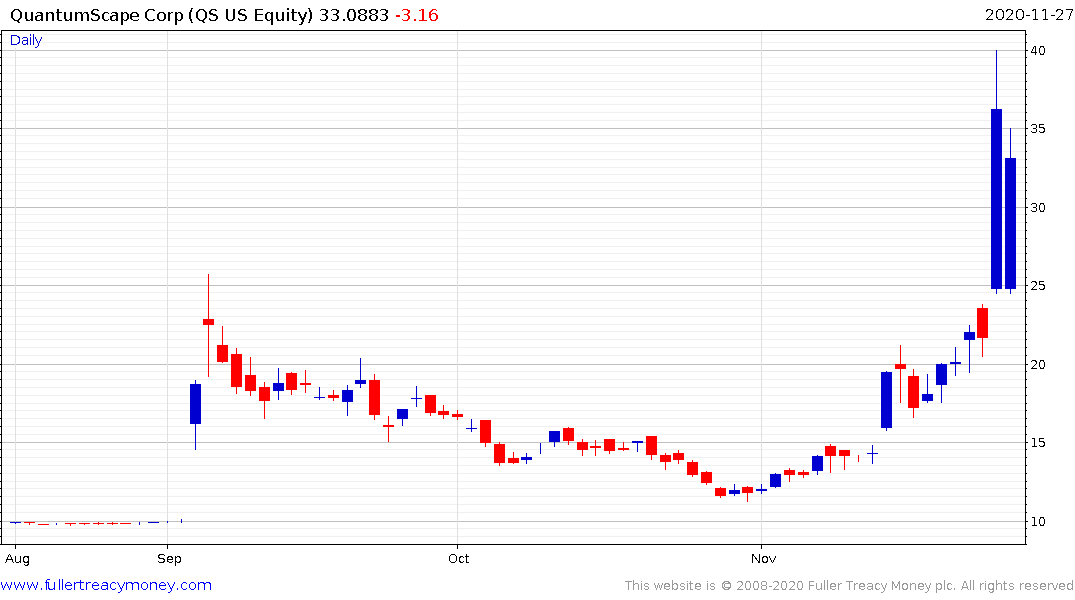 The leap to solid state batteries remains on the long finger. Even QuantumScape which recently IPOed via a SPAC does not estimate commercial-ready products before 2026. That five-year horizon has been used in the sector for a least a decade already.

The big point is that cost comparisons with internal combustion cars will turn in favour of batteries within the next few years. That’s without a revolutionary new technology. EVs require four times more copper than a conventional car. The charging infrastructure for EVs is another significant source of demand. A 1-megawatt wind turbine requires more than 3 tonnes of copper. 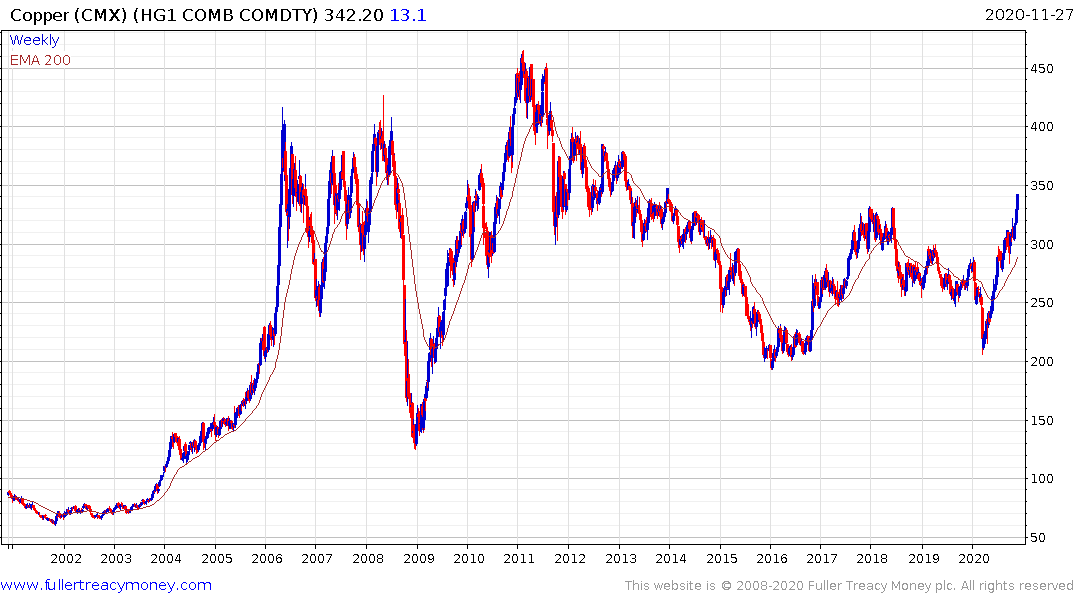 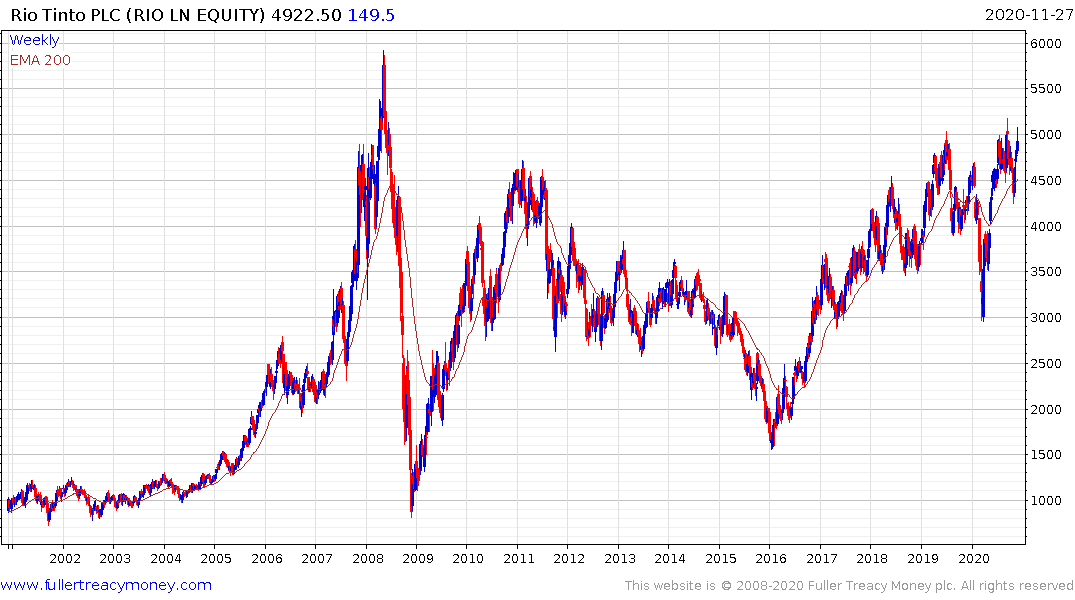 Copper supply is impeded by the cost and time to develop new mines. The last big mine to come online was Mongolia’s Oyu Tolgoi. Whenever it reaches full capacity it will be the third largest copper mine in the world. Copper broke out to new almost seven-year highs today. A short-term overbought condition is evident but a sustained move below the trend mean would be required to question recovery potential.

I have not seen research on what impact the recovery in industrial metal prices will have on the cost efficiency goals of electric vehicles.