Commodities Overtake Stocks, Bonds With Best Rally Since 2010
Comment of the Day

“I believe with what we’ve witnessed early in 2016 will be the trough for the commodity markets,” Albanese said on a conference call after Vedanta reported quarterly earnings.

Oil prices in New York are up about 19 percent this month in New York, the largest increase since April 2015. U.S. crude output declined for a seventh week, according to data Wednesday from the Energy Information Administration. Futures traded at $45.60 at 11:45 a.m. on the New York Mercantile Exchange.

Crude Oil is by far the largest, most liquid commodity market and represents a significant cost in the production and transportation of other commodities. The falling cost of energy was a major enabler for marginal producers remaining in business so the subsequent rally has been a catalyst for increased interest right across the commodity spectrum. 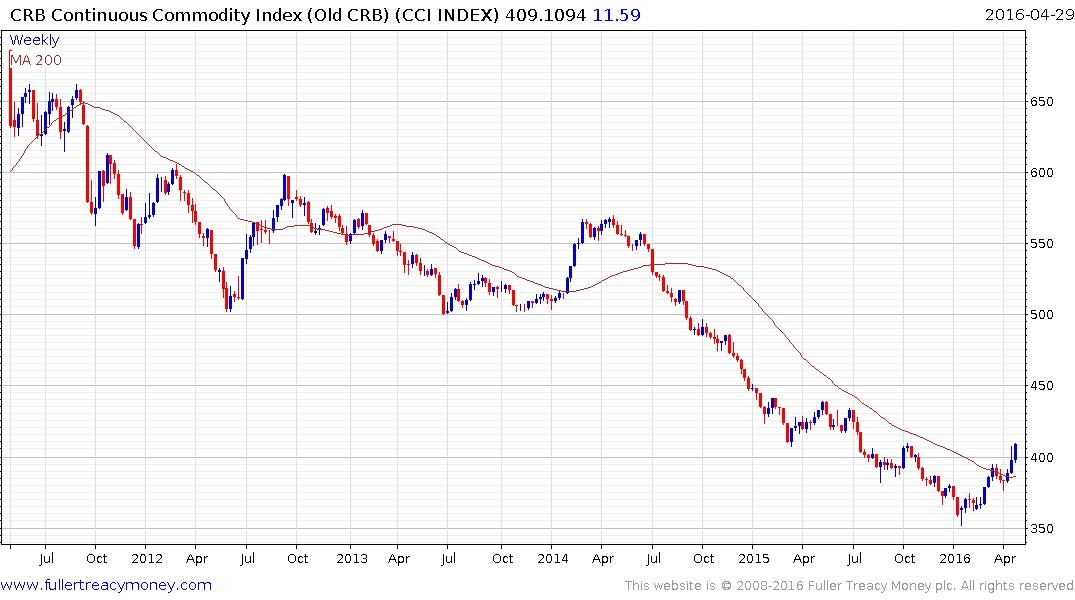 The unweighted Continuous Commodity Index (Old CRB) continues to extend its rebound and pushed to another new recovery high this week. While increasingly overbought in the very short term a clear downward dynamic would be required to check momentum while a sustained move below 375 would be needed to question recovery potential 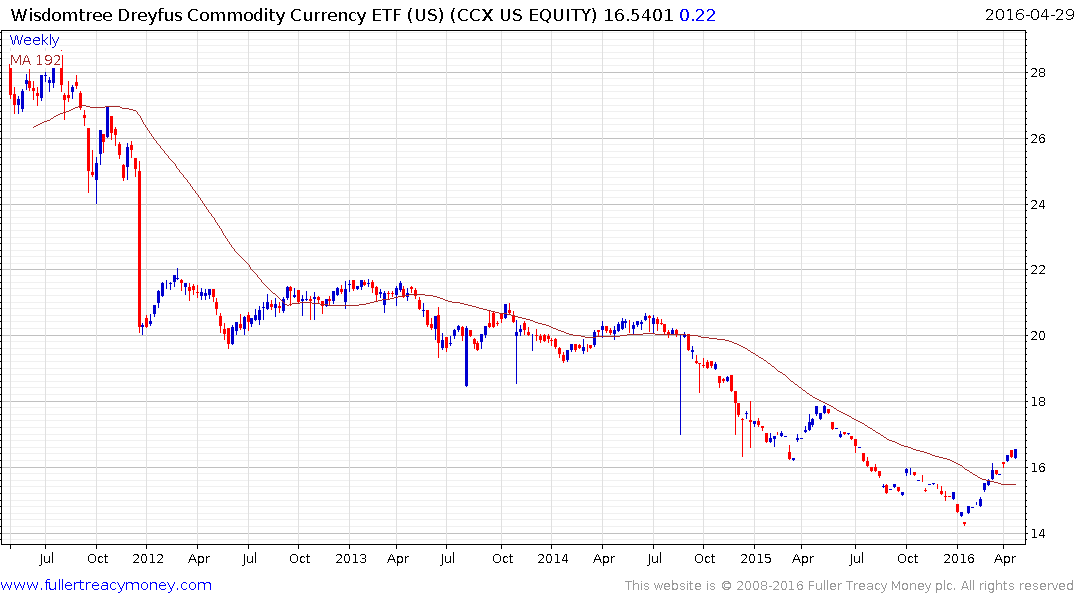 The WisdomTree Commodity Currencies ETFs has a similar trajectory. 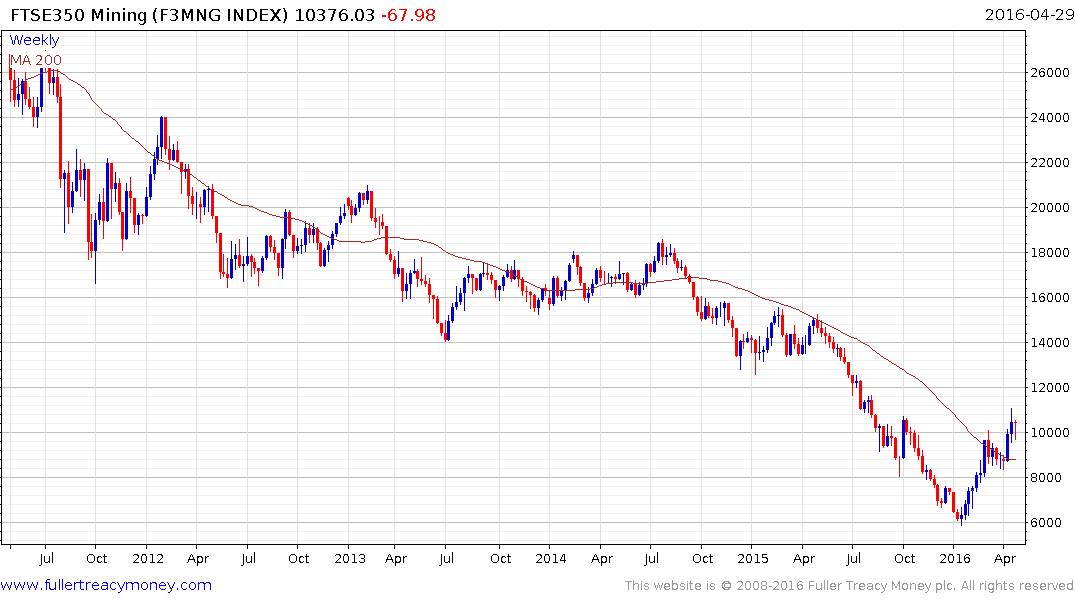 The FTSE 350 Mining Index has lagged somewhat but continues to firm from the region of the 200-day MA.

When we contrast these charts with those in the above article concerning corporate profits commodities are on a recovery trajectory while the broad stock market is at best in a corrective phase and at worst rolling over. The lesson is that commodities are late in the cycle performers and do not act as lead indicators for the wider market. In fact they can be expected to peak well after the wide market. That means myopia should be avoided. If one is concentrating on the recovery in commodities it is worth considering this it might be a powerful medium-term move but is unlikely to be the return of a secular bull market.